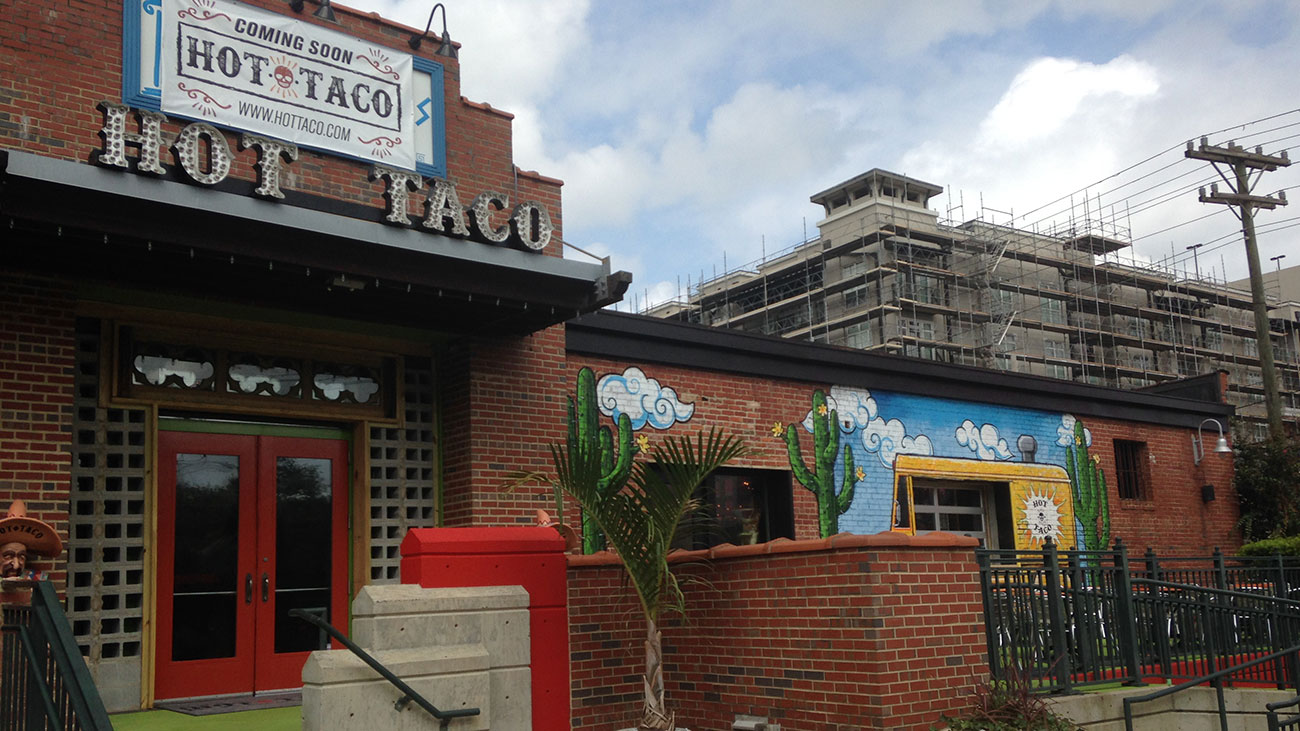 A new Mexican restaurant has joined All American Pub, Oak Room, and Slate Billiards at South End Station. Hot Taco, also owned by the Bottle Cap Group, officially opens on Monday but I was able to visit the restaurant for a sneak peek during their Friends and Family week.

Hot Taco, serving “traditional Mexican cuisine and mouthwatering margaritas in a vibrant atmosphere,” is located in the spot that used to be Greek Isles. Greek Isles is supposedly relocating but I don’t think they’ve yet announced where.

When we first walked up to Hot Taco, we immediately noticed the decor outside of the front entrance as well as in the lobby area. Guests are greeted by several “siesta-ing” men. Kind of cool, kind of creepy.

We were immediately welcomed by smiling hostesses who promptly seated us.

We were then greeted by an eager server who walked us through the menu and took our drink orders. Throughout the entire meal, the service was on point. We even noticed several other staff members checking on us who were not our dedicated server. Teamwork and excellent service is a priority at this place. The decor inside the restaurant was fairly impressive. The bright paint colors, Mexican wrestling masks, sombreros and bull-fighting matador make you actually want to be here.

The dining room felt cozy enough for a restaurant but also felt like it would be a fun place to meet your friends just for a few drinks after work. Our table of four ordered our meals and waited longer than we would have liked to receive our food but this is to be expected during a restaurant’s soft opening.

While we waited for our entrees, we munched on complimentary chips and salsa and also ordered guacamole for the table.

We could definitely tell that that tortilla chips were homemade. They were salty, crispy and thin. My only complaint here is that half of the chips were broken. That still didn’t stop us from devouring two bowls of them. Oops. The salsa was pretty tasty, although a tad on the spicier side. Totally fine by me.

The guacamole was served in a small bowl scooped out by what appeared to be a cafeteria scoop. I’m really hoping that they change this soon into a heaping mound of guac, instead of just a scoop. The guacamole was good; however, and also tasted homemade. Our table ordered several different types of taco entrees including the shrimp, steak, fish and veggie tacos. I personally thought that the shrimp tacos were the best of these four.

The shrimp were crunchy and tossed in a slightly spicy sauce. Each taco was filled with lettuce, pico de gallo and a cilantro cream sauce. The tacos with less sauce seemed to be a little plain. But again, this was during their Friends and Family week so these issues are easily fixed. On the days that I’m not necessarily up for Mexican, I can definitely see getting together with friends here for a margarita after work or on a weekend.

Hot Taco has a great location right on the light rail at the Bland Street station and I can definitely see the restaurant being a great place for pre-gaming on the weekends as well. With so many Mexican restaurants in Charlotte as is, Hot Taco has their work cut out for them but I think they can be a contender. Eclectic Mexican food, a huge tequila offering, awesome atmosphere and prime location will make Hot Taco a hot (pun intended) new destination in South End. 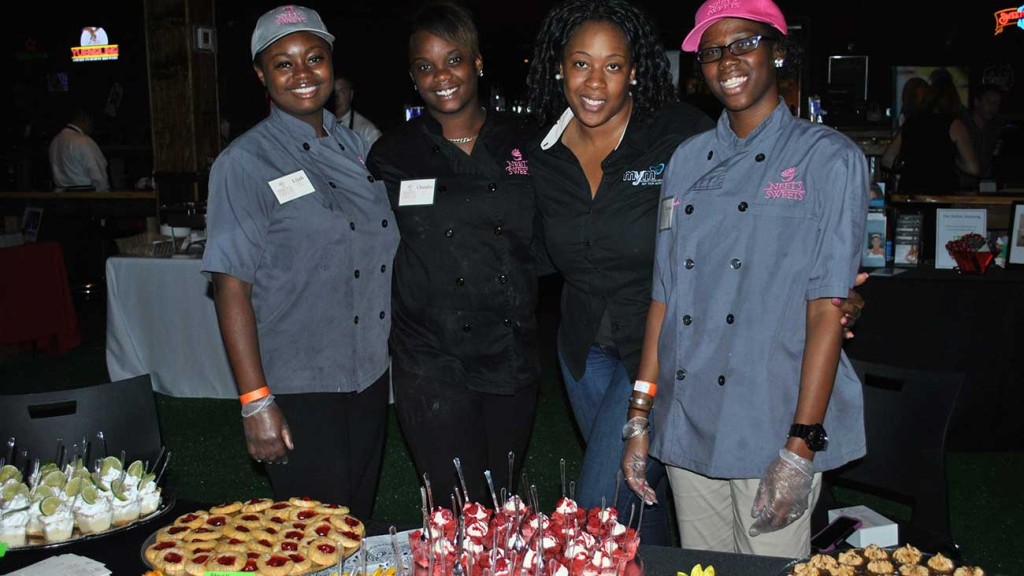 What will happen this month when a Charlottean gets to meet the pope and the president?

by Paula Broadwell
Most Read
1
Kid Cashew on East Boulevard sets its opening for mid-January
2
Hello Friday. Charlotte Recycling Plant.
3
Starbucks on East Blvd will start to serve wine after renovations
4
Bleu Barn Bistro takes food from farm to food truck
5
May I smell your beer? 26 days without drinking
Most Recent Open Jobs