10 ways to prepare yourself for Charlotte Oktoberfest 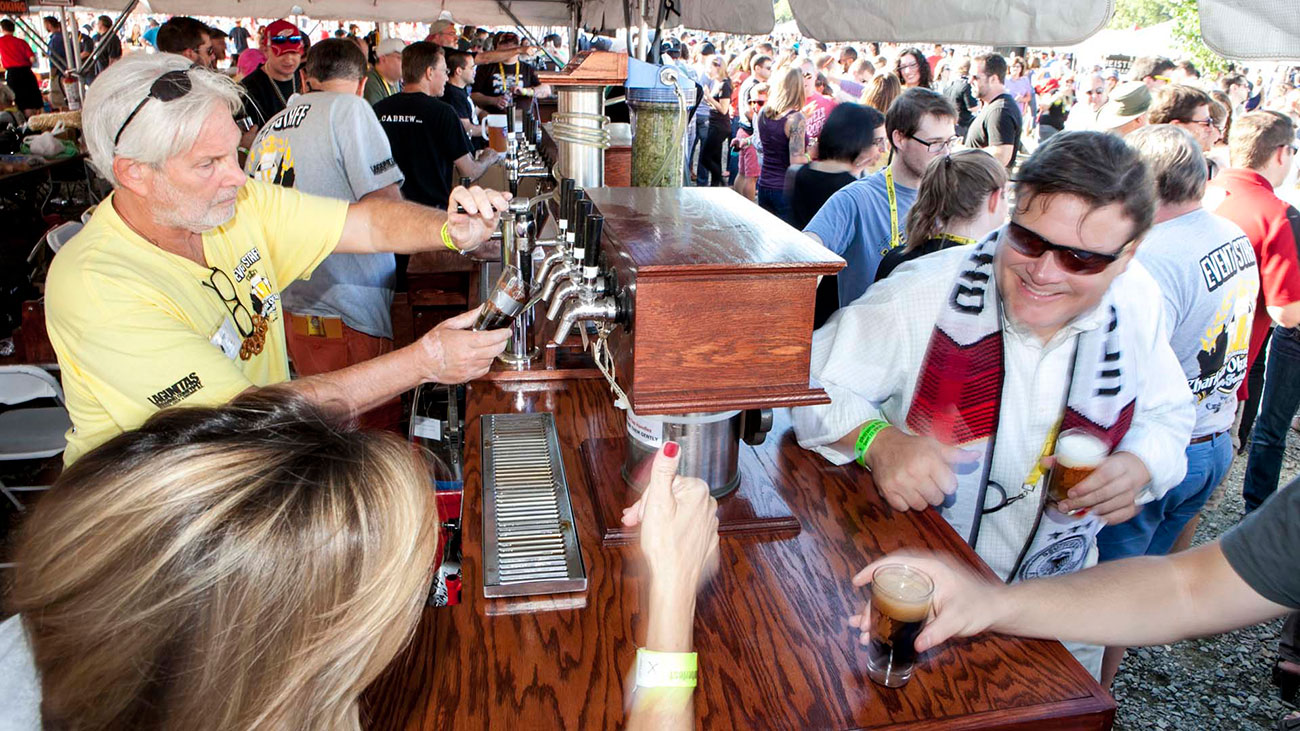 In some ways, it makes sense the Charlotte would have an incredible Oktoberfest. After all, the city was named for Queen Charlotte of Mecklenburg-Strelitz (Germany), who married King George III of Great Britain. But a great Oktoberfest doesn’t just appear like the colorful leaves of fall. No, a great Oktoberfest is made, and Rick Benfield of the Carolina BrewMasters (CBM) is in his second year directing the 17-year-old event and the hundreds of people who make it happen.

“This year will be the best lineup ever,” he says. Given the success of the event, that’s saying a lot. More than half of the breweries are from the Carolinas. The rest are national (and even a few international) craft powerhouses, including Stone (California), Founders (Michigan), Great Lakes (Ohio), Sam Adams (Massachusetts) and Brooklyn (New York).

Planning such an event could be a full-time job. A director like Benfield and the CBM team could make a decent profit off of such an event. Actually, $81,000 to be precise for 2014. Instead, they volunteer their time and donate proceeds to local charities, which this year will be the Ada Jenkins Center, Beds for Kids, Greater Charlotte SPCA and Operation Homefront.

Right now, new breweries are opening every month in the Carolinas. But the craft beer scene in Charlotte in particular was not always so vibrant. Charlotte Oktoberfest started during the region’s previous craft beer boom, when Johnson Brewing partnered with CBM to feature the region’s breweries and homebrewers. But Johnson and other breweries folded through the 2000s. By 2008, no local microbreweries existed in Charlotte, though enough breweries and especially homebrewers persisted in the region, so Charlotte Oktoberfest charged forward. And in 2009, The Olde Mecklenburg Brewery ignited the Charlotte region’s next brewery boom, which since has seen dozens of breweries open shop and thrive.

Metrolina Expo and Memorial Stadium, among other sites, hosted the event before it found its current location by the N.C. Music Factory in 2013. Regardless of venue, Charlotte Oktoberfest has established some exclusivity. For the past 10 years, it has capped itself at 5,000 to 6,000 paid patrons while adding breweries and raising increasingly more money for charities.

What makes the festival stand out and be such a success? Happy brewers makes for a happy festival. “We’ve learned – number one – to make sure that we treat our brewers as rock stars. It’s what I think sets us apart form a lot of other festivals. We take care of them, feed them, host a reception the night before for some of that camaraderie.” While it shares a name with its Bavarian inspiration, Charlotte Oktoberfest has evolved into its own festival. “We’ve enjoyed seeing the number of breweries locally who have begun to participate,” Benfield says. “At one point in time, we wanted to make this a more local/regional event, and without trying, this happened.”

The Bavarian Oktoberfest is two weeks of all-day parties on fairgrounds in Munich. It features German culture and cuisine just as much as it features great beer. To enjoy one of the many beer tents, reservations are recommended. Instead of six-ounce tasting glasses, patrons lug one-liter steins. The beer must abide by the 1516 Bavarian Purity Requirements (Reinheitsgebot), which stipulates that only water, hops and barley can be used to brew. But where’s the fun in that? No jalapeños, cocoa, coffee, lactose or bourbon barrel aging?

Just as America has been a melting pot of people and cultures, Charlotte in particular has proven to be a melting pot of brewing styles. While ingredient lists seem endless at breweries, the breweries have been careful to define themselves to hit unfilled niches in brewing styles. Wooden Robot Brewery focuses on lighter beers, like saisons, IPAs and sours. Sugar Creek Brewery focuses on Belgian-style beers. Triple C Brewery operates an extensive barrel aging program. All will be on display on Saturday, October 3rd.

Look around the region, and you will not find a better feature of the recent craft brewery boom. This event has breadth in its 103 breweries and depth in the 350 different beers that will be poured. Quality is tip-top, too. Breweries will of course showcase their popular, year-round beers, many of which, such as NoDa’s Hop Drop N Roll, have won major national awards. But for an event like this, some breweries will bring rare beers that last literally minutes on beer store shelves – if they make it to this region at all. One good example is Foothills’ Sexual Chocolate cocoa-infused imperial stout. Some beers have been cellared and improved with age, such as the Highland Cold Mountain winter ale tapped at the Brawley’s Beverage tent. The event also features some cideries. Even with seemingly small two-ounce pours, many of the beers have two and even three times the alcohol content of the most common beers. Take breaks. Play some of the games or listen to the bands that will be present. Sam Adams even has a contest to see how long you can hold a full beer stein with an outstretched arm. You want to remember what you enjoyed! North Carolina’s 2005 ‘Pop the Cap’ legislation allows beer with as much as 15 percent alcohol, which allowed for much more diversity and possibilities – such as barrel aging – in brewing compared to the previous cap of 6 percent alcohol. A vast majority of the beer consumed in America comes in at approximately 5 percent alcohol.

Wear good, comfortable shoes. I would recommend darker clothing that could take a stain from a dark beer. There will be drips and sloshes, especially if you use the lanyard with the tasting glass holder.

You could be surprised by how two-ounce pours of high-alcohol beer will build on you. Especially if you’re really trying to make the rounds and try a lot of different beers, don’t be afraid to specify that you want less than two ounces so you can try more. It’s good policy anyway, but it’s imperative at an event like this. Water will be free and plentiful. There will be six food trucks and four food tents onsite. Especially if weather is warm and sunny, force yourself to drink water. It’s free. You pee. You can try more beers.

There is always a great printed event guide with information on each brewery, so bring a pen. But also bring a charged smartphone. The big new feature for the event this year is a smartphone app that will be released a week prior to the event. It will include a site map, safe transportation options and integration of BeerAdvocate, which is a beer publication with reviews and other features to track what you did, didn’t and have yet to enjoy. It’s good to know the good breweries already when you travel to another town.

Unless you like storage locker-esque cargo shorts, you’ll want a simple bag for all the coasters, stickers, koozies, bottle openers, brochures, event guide and whatever else you can get your hands on.

This isn’t a secret warehouse rave – police and ALE know the event is going on. Have a friend ready. Uber. Lyft. Cab. Call a parent (really, they’ll be proud). The event ends late afternoon, not at 2 a.m. The beer is incredible, so don’t hinder your experience because you’re playing a dangerous game of trying to remain ‘good enough’ to drive. The General Admission ticket itself is a great deal. But the VIP pass gets you in 90 minutes early with access to special tours. The 2015 VIP passes are sold out, but keep an eye out late summer 2016 for next year’s VIP tickets to go on sale. With limited VIP passes, it almost feels like a private event while a small horde builds at the entrance like a scene from The Walking Dead. Don’t want to pay more? Pay nothing! One other option for admission is to volunteer at the event. Hundreds of people are working to make the event possible. Some work for beer. That can be you.

(10) Pace yourself, eat, hydrate and have a plan to get home safely.

Did I mention this already? Do it. All of it. A ticket, some food and an Uber ride home are a fraction of the price of a trip to Munich’s Oktoberfest – unless you tack on legal costs because you were in no shape to drive home! 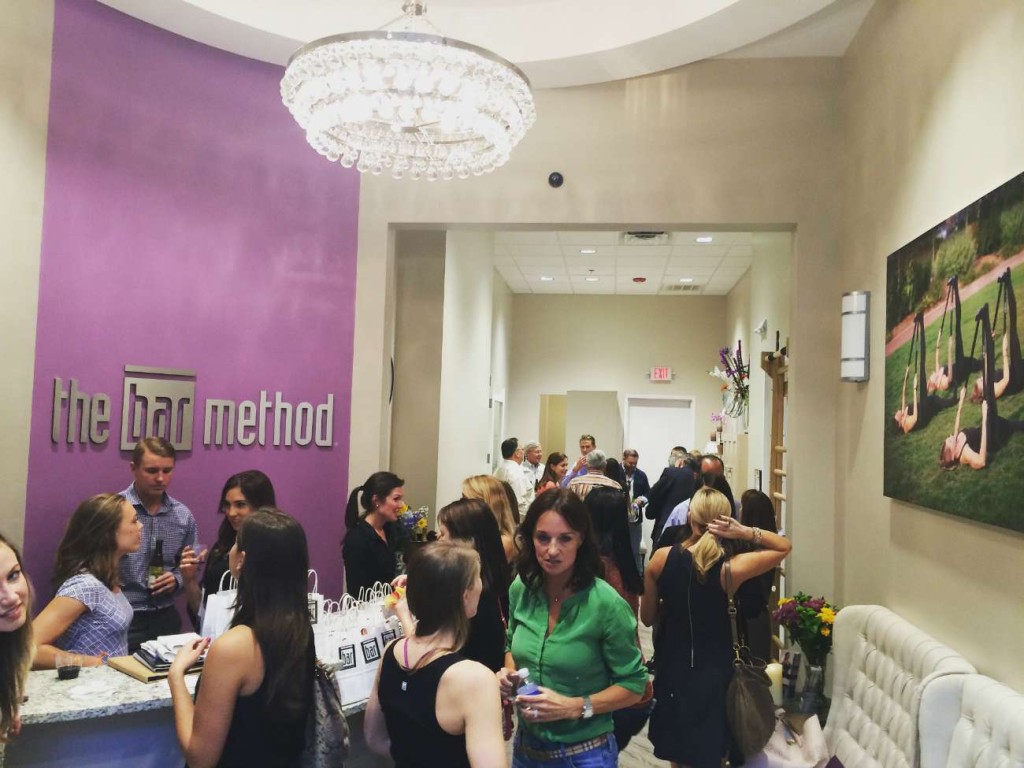 I wanted to hate Bar Method but I can’t.