23-year-old Natalie Barbu just quit her Accenture job to be a full-time YouTuber with 215,000+ subscribers 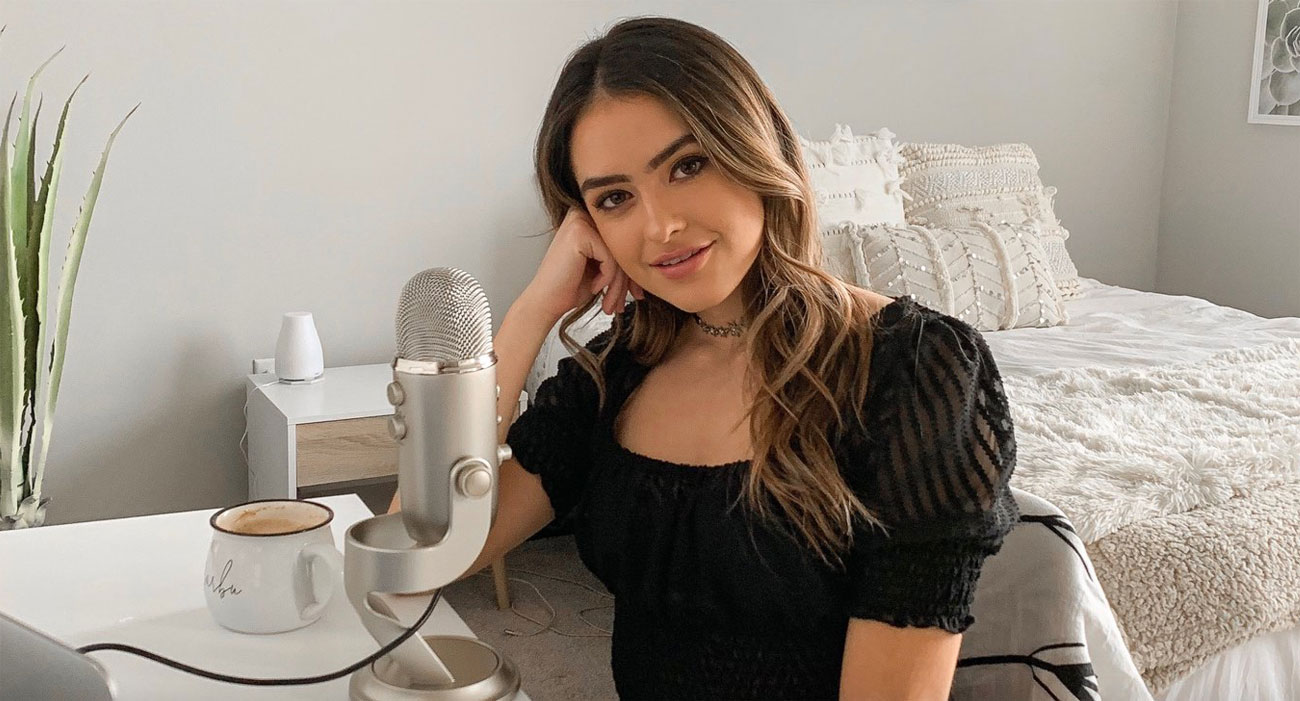 Natalie Barbu’s followers have been watching her life on YouTube since she was 16 years old. They’ve grown up together, tuning in as she moved through high school, onto college and into her career where, up until last month, she worked as a technology analyst at Accenture.

Barbu has uploaded 417 videos to YouTube over the last seven years covering everything from makeup and fashion to career advice, college, workouts and breakups. And she monetizes every view with a combination of strategically placed Google AdSense advertisements and high-dollar brand partnerships managed by her LA-based agent.

With sponsorship and ad revenue eclipsing her salary, Barbu submitted her resignation in April to pursue YouTube full time and shared the news with her more than 215,000 subscribers just last week. 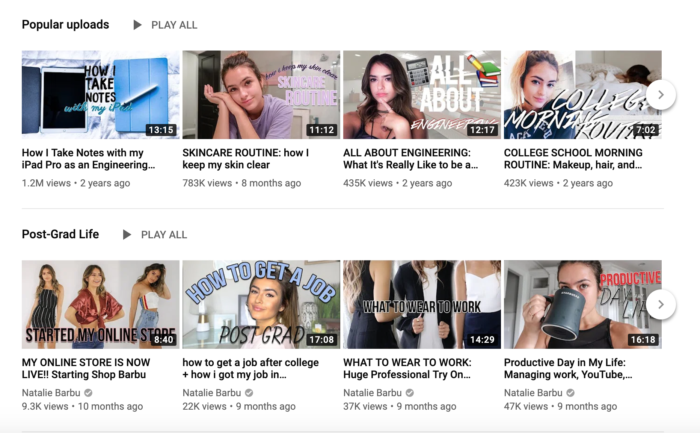 Now the NC State grad who built the bulk of her following vlogging about life as an engineering major turned relatable nine-to-fiver is out to prove she’s got what it takes to be a career YouTuber, and, after a temporary month-long relocation to LA, that she can make it happen from right here in Charlotte.

“Charlotte is such a growing city, and it’s growing so fast, and there’s so many young people, but still it’s very much finance and corporate,” she said. “So it’s going to be really cool showing people that this is an actual job and there are influencers in Charlotte. You don’t have to be in LA or New York.”

Building an audience on YouTube was a slow six-year climb for Barbu.

In high school Barbu didn’t take YouTube seriously. She shot a few videos on her laptop’s built-in camera and published sporadically without any real strategy.

“It was very amateur, just for fun,” she said. “I didn’t really know what I was doing.”

But once she hit college Barbu doubled down on the hobby, setting a consistent production schedule and publishing videos at least once a week. She says she hit a tipping point when she moved away from programmed editorial content (like fashion roundups and makeup tutorials) to a more raw, behind-the-scenes look at her own life, particularly her college experience in a STEM field. 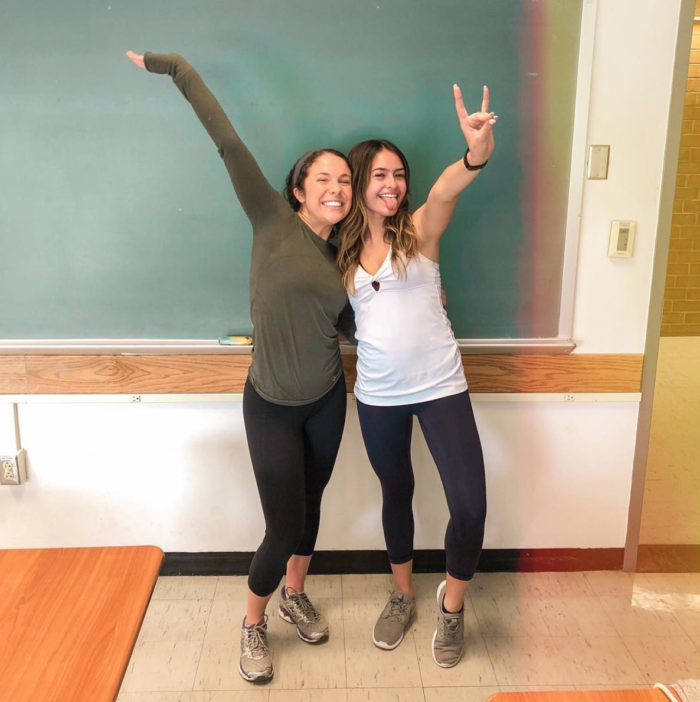 Barbu says the unexpected twist that her “girly” lifestyle videos were produced by an engineering student made her more relatable and attracted other women who were in the field or interested in entering it.

After six years in the YouTube game, Barbu hit the 100,000 subscriber milestone in January of 2018, her senior year of college — and then doubled it in the following year.

“It’s slow at first, but it’s an exponential growth,” she said.

Although the potential was there for her to pursue YouTube full time after graduation, Barbu accepted a role as a technology analyst at Accenture instead. It became another key draw for her signature brand of every-girl relatability. 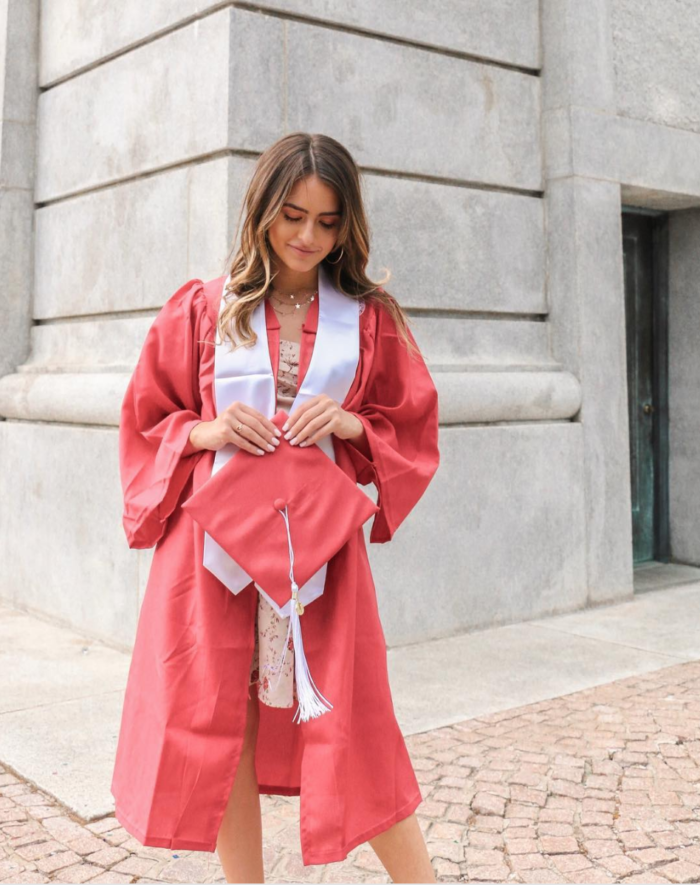 While at Accenture, Barbu was clocking an average six-plus hours of YouTube work a day on top of her full-time job, cramming in opportunities to film, edit and market herself any chance she got before and after work. It’s a hustle she refers to as “the bare minimum.”

“I never ate lunch with anyone I worked with, because I was just downstairs at Starbucks editing,” she said.

When it became clear the workload was unsustainable and she could match her salary on YouTube revenue, Barbu made the leap and quit her job.

“I was really really nervous about what people would think because I knew a lot of people liked me because I had the relatable 9 to 5 job,” she said.

But her audience has been hugely supportive. Barbu’s 21-minute “so i quit my job” video has been viewed more than 73,000 times with a string of 500-plus almost entirely positive comments.

“For a normal person, if they quit their job it’s just an internal struggle. It’s not like they have to worry about what other people think about them,” she said. “Every decision I make, I feel like I’m gonna get judged on no matter what.”

That feeling is now part of her full-time job.

Google purchased YouTube for $1.65 billion in 2006, an acquisition revered as the best tech deal of all time. Today the video platform accounts for 11 percent of Google’s net US ad revenue with that total projected to reach $5.47 billion in 2020.

Barbu pulls a small sliver of that pie by dropping AdSense advertisements into her videos.

“A lot of people don’t realize that the creator is actually putting the ads there,” she said. “So every time you’re looking at a video and in the middle of it an ad comes on, I’m putting that there.” 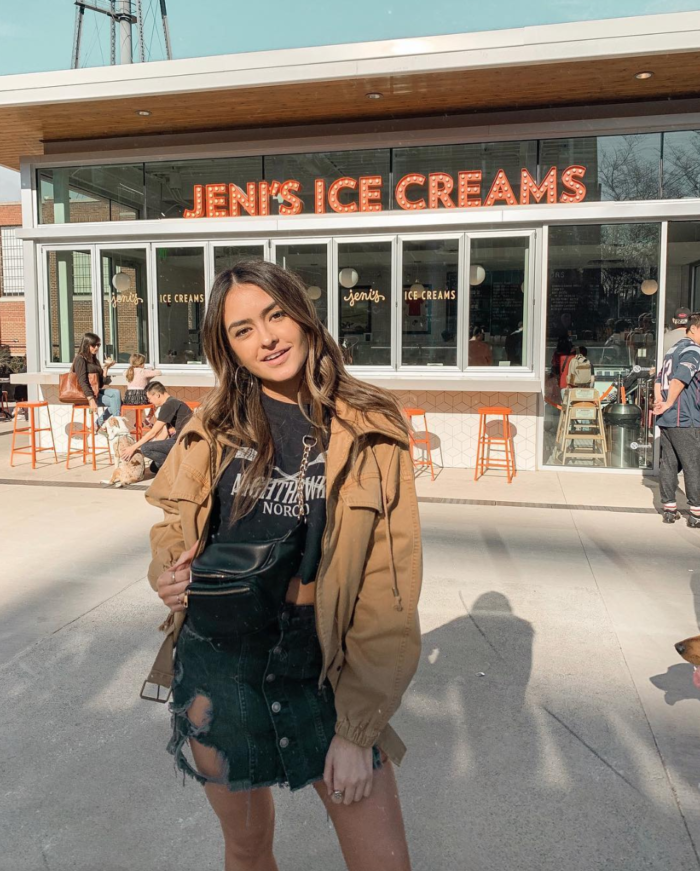 For videos 10 minutes or longer, Barbu says she shoots for two to three ads — one at the beginning, one or two in the middle and one at the end.

Every time you watch, she gets paid. But ads aren’t Barbu’s biggest revenue driver. The real money is in brand partnerships where a simple mention can pull thousands of dollars.

“That’s my main source of income because with just one post you can make as much as you make in a whole month on ads,” she said.

Barbu has an agent in LA who brokers all of her brand deals for a 20 percent cut, and she’s worked with names like Nordstrom, lululemon, Revlon, Aveeno and Neutrogena.

Although rates vary greatly according to the brand’s budget and scope of work, she says her video partnerships start around $1,000 and up.

Barbu also has a strong Instagram presence with 37,000+ followers that she attributes directly to her YouTube success and says she can charge anywhere from $500 to $5,000 for a sponsored post on that platform. 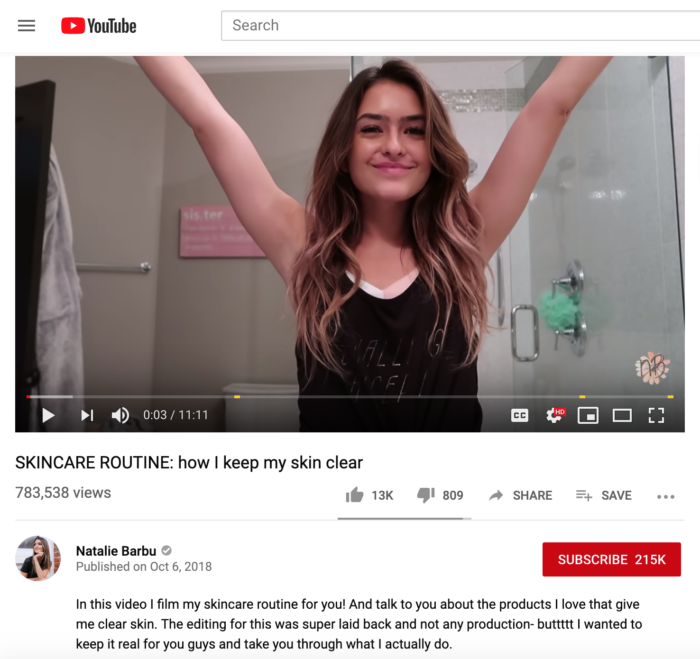 “I think Instagram is a lot more, not fake but edited and posed, and Youtube is more raw and real,” she said. “Like I vlog without makeup on, and I vlog when I’m sweaty at the gym. I don’t post that on Instagram. I get all done up for Instagram and take a million pictures and edit it.”

Still, she says the two platforms complement each other and your followers will engage with you on both — just don’t expect to make big money anywhere right away.

“In the beginning you need to know that it starts off really slow,” she said. “You’re probably gonna be making $100 every few months.”

Even now that Barbu has created a steady revenue stream with her videos, she won’t be putting all her eggs in the YouTube basket.

“YouTube is not forever,” she said. “When I’m 40 years old I would love to still be vlogging, but will I? Yeah, I mean, I don’t know. I understand that it’s not like a permanent career.”

With her new full-time focus, Barbu plans to up her video production from twice a week to three times a week, but her biggest new venture will be launching a new suite of consulting services to coach people through starting an online business.

And she’s got the track record for it. In addition to YouTube and Instagram, Barbu also has a new 4.9-star rated podcast called The Real Reel that debuted in March and a namesake online women’s clothing boutique called Barbu. 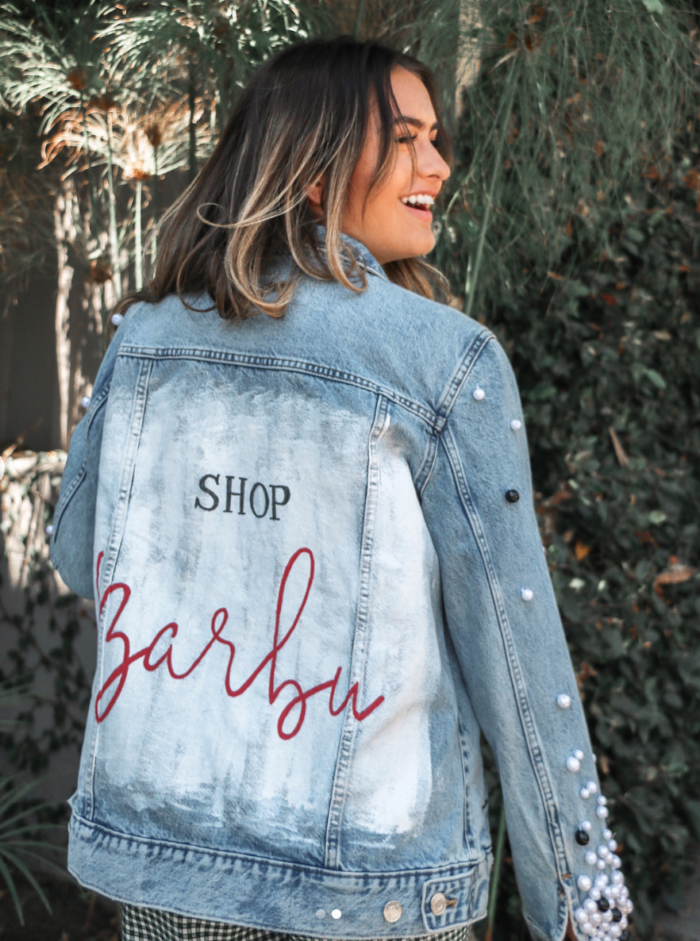 But the fear of failure is there. “What if people don’t watch my videos anymore? Then what? Or what if no one wants to hire me for my services?” she said. “I mean, it’s really really scary just starting your own business in general, but I feel like it’s even more pressure because I kind of put it out there on the internet saying I’m doing this thing and if it doesn’t work out people are gonna know.”

A handful of Charlotte-area personalities have seen major success on YouTube and beyond, but it remains a relatively foreign concept here.

And Nash Grier, the former Davidson Day student who skyrocketed to fame in his teens with quick-witted comedy clips on the now defunct Vine app, lives in LA with a YouTube subscriber base of 4.6 million and more than 10 million Instagram followers.

“Being in North Carolina you’re very separated from the YouTube world. Most people are in LA. That’s just where everyone that does Youtube is,” Barbu said. “I thought you had to be in LA, and that’s why I moved there, and I realized that’s actually not the case. You really can do this anywhere. It’s just what you make out of it.” 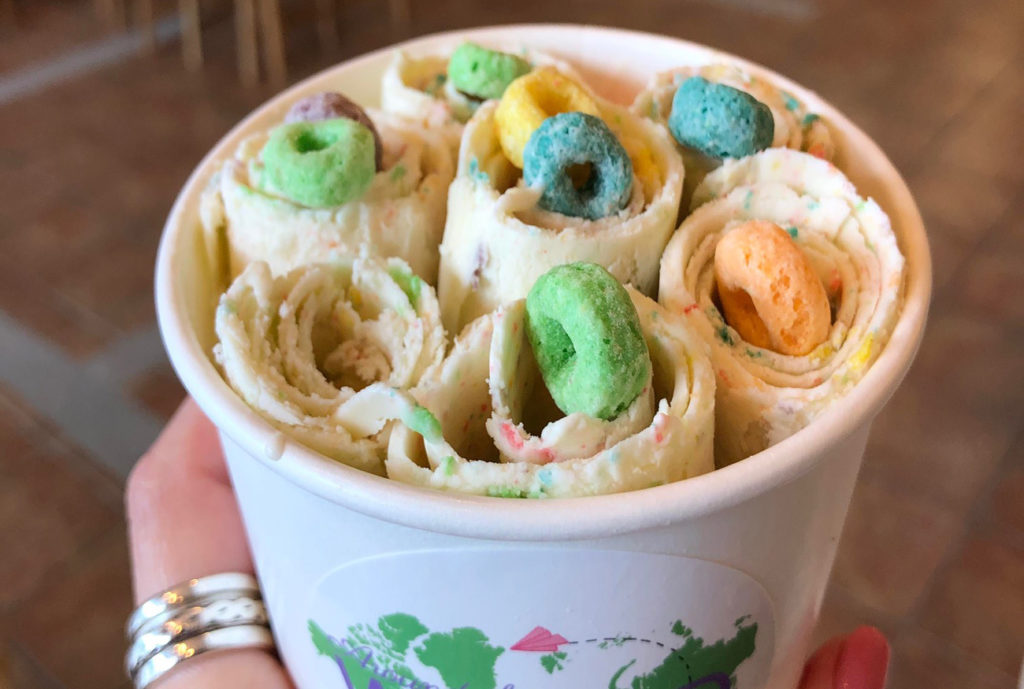