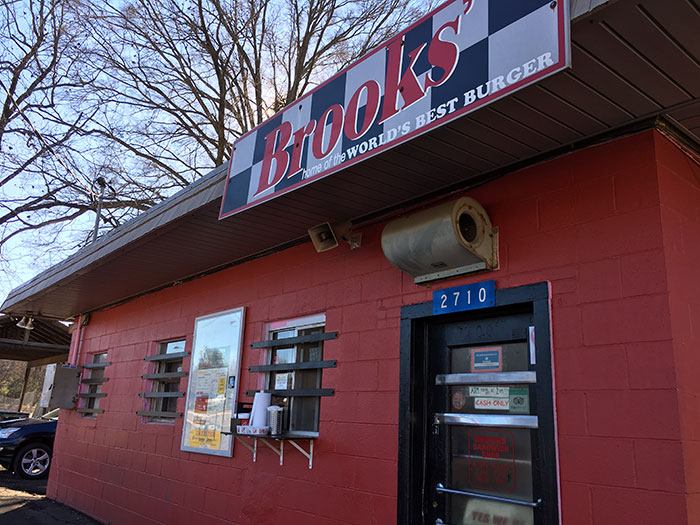 The rectangle-shaped 2.1 acres that David and Scott Brooks own on Charlotte’s east side is worth about 17,300 of their famous single burgers with cheese.

Or, just as relevant in discussions involving the owners of the NoDa landmark Brooks’ Sandwich House, that land’s tax value falls somewhere between 13,000 and 14,000 pounds of chili.

That’s what they donated to Charlotte’s affordable housing crisis on Tuesday.

The land, not the chili.

In the Foundation For the Carolinas’ Luski Gallery, announced in the same breath as $10 million commitments from Atrium Health and Fifth Third Bank, the Brooks family gift of unused property valued at about $75,000 might’ve seemed small.

But in a city where multimillion-dollar donations own headlines and modest efforts can slip by unrecognized, it was a notable contribution from a small-business-owning family that wants to help with their hometown’s deficit of 30,000 affordable units. The land, located in the Sharon Forest neighborhood and about 10 miles from their busy NoDa burger joint, will be used by Habitat for Humanity to build between 18 and 24 townhomes.

“Maybe this’ll give them a spark,” David said of others who might be sitting on property they don’t use. “Maybe the fire’ll start.” 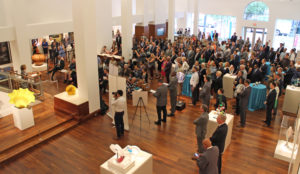 Photo courtesy of Foundation For the Carolinas

Since Charlotte was listed last among major metros in economic mobility in 2014, the response has largely involved wealthy people and businesses coming up with initiatives and money that should eventually filter down to poor and powerless.

Tuesday’s announcement offered a glimpse of what people in the middle can do. David and Scott, who have a line out the door of their small, red building every day, might be considered rich compared to many Charlotte residents. But not compared to family names like McColl and Levine, and certainly not compared to Atrium and Fifth Third.

David sat in the front row Tuesday in a Brooks’ shirt and cargo shorts. He had a lunch rush to manage after the meeting, after all.

Next to him was Habitat for Humanity Charlotte CEO Laura Belcher, who was not in cargo shorts, and next to her were Fifth Third regional president Lee Fite and Atrium CEO Gene Woods, also not in cargo shorts. Also on the front row were Foundation CEO Michael Marsicano, former Bank of America CEO Hugh McColl, and mayor Vi Lyles. Not a spare pants pocket among them.

David knew several of them, though, as faces he’s seen across the countertop handing over small bills in his cash-only restaurant.

“People at Habitat have been eatin’ me for years,” he said, the terms “me” and “my burgers” apparently interchangeable in this family.

In 2018, Charlotte set out to raise $100 million in public and private commitments to affordable housing. In the year or so since, many of those seated around David on Tuesday have gathered numerous times to celebrate taking big chunks out of the goal.

The gifts from Atrium and Fifth Third pushed contributions to the Charlotte Housing Opportunity Investment Fund to $44 million, or $6 million shy of the private-sector target. Foundation leaders hope to reach that by the end of June. (Voters approved a $50 million bond referendum last fall for the public contribution.)

The Foundation counts other investments on top of that. Banks that commit to giving lower interest rates to developers who build affordable units, for instance. Of Fifth Third’s $10 million pledge Tuesday, $3 million will go to the Opportunity Investment Fund and $7 million will go toward loan initiatives and other programs.

If you count those other investments, Marsicano said Tuesday, the city has raised more than $220 million for affordable housing. 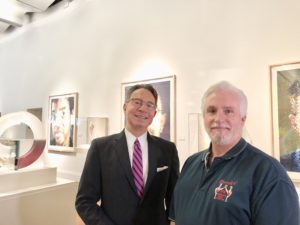 Calvin “C.T.” Brooks Jr., David and Scott’s father, bought the 2.1 acres near W.T. Harris Boulevard in the 1950s. He figured it an investment he might use to pay for his sons’ college tuition one day.

This was long before C.T. opened Brooks’ Sandwich House on North Brevard Street in 1973, long before it became a popular lunch spot for textile workers in NoDa, long before textiles moved out and art galleries and condos moved in, long before Thrillist and Eater and the Travel Channel and just about every outlet in Charlotte put Brooks’ on a best burgers list, and long before the new Blue Line Extension opened and made the land Brooks’ sits on far more valuable than the burger business.

C.T. never sold that land, or the land across town, for that matter. David and Scott went to East Mecklenburg High in the 1970s and found other ways through college—Scott graduated from Western Carolina in 1980 and David from Pfeiffer in 1984.

The sons officially took over the business in 1991, but C.T. remained close. His chili recipe is still a guarded secret—for years, the only three people who knew it were C.T., David, and Scott.

By then, Brooks’ had become one of the handful of one-of-a-kind Charlotte establishments, along with places like Price’s Chicken Coop in South End and the Thirsty Beaver on Central Avenue, to clench a fist against redevelopment.

The family has listened to countless offers for the 1.25-acre NoDa property around Brooks’—“some intriguing, some just mean,” David said.

“A lot of my customers and friends have had to sell out. That breaks my heart. I don’t mind telling you, we struggle with some taxes, too. They’re really, really going up. … But to see people that have lived here their whole life long and have to move off, that’s not right.”

Until Tuesday, that seemed to be the Brooks family’s place in the story of a changing Charlotte: the last holdouts in NoDa.

But across town, they had that other little slice of this city where they grew up, this city with expensive taste for land but an endless craving for a $4.25 cheeseburger. The Sharon Forest property is shooting up in value, and it was certain to become a developers’ dream in the next decade if a proposed light-rail line along Independence Boulevard comes to light.

Instead, it’s in the hands of Habitat.

“My dad’s vision was basically the same as mine: If you can help somebody, do it,” David said Tuesday. “If not, you can think of a way to do it. My brother and I got together and thought about it, and this was the best use of the land.”

He paused for a beat and looked out at the crowd in the glimmering gallery.

“There’s a lot of others that can do this also.” 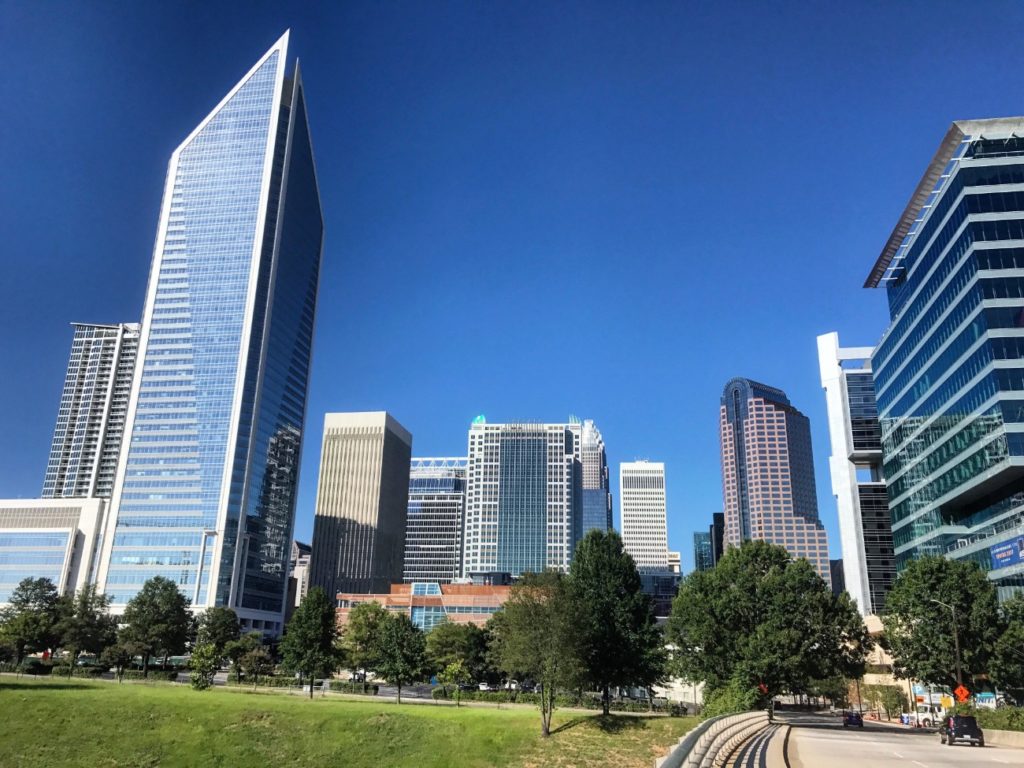