More information is coming in on on the Common Market/Food Truck Friday redevelopment. I had a long talk with David Stuck of TIN Kitchen, who is a founding member of the rally and really in the know. He says to expect at least a four-month lead time between when the deal to put an office building on the property is done and when Food Truck Friday has to move. In other words, there will be time to figure out all the details. Got any ideas on where to put it? Let me know.

18 things to see, do and eat in Salisbury (45 minutes from Charlotte) [Levans]
I’ve always associated Salisbury with Cheerwine, also known as the nectar of the gods. But Katie found a lot more to do in town. So glad she came across the Apple Ugly.

Goodbye, Yellow Rose. Touchstone redevelopment will shut down the beloved dive bar this month [Dunn]
I stopped in last night and had a Coors Light. Might have had a shot, too, but I’m on newsletter duty. It’s just that kind of place.

Films on Tap to host beer + film pairing tonight at Unknown Brewing [Levans]
I always try to match my food and drink. When we’re having shrimp for dinner, I’ll go get a Barefoot chardonnay at the HT. These folks are going a lot further and it sounds pretty great.

7 reasons we decided to buy and renovate in Chantilly [Beck]
Laura says she got a steal of a deal in one of Charlotte’s hottest neighborhoods. Love how all the homes look different. Character means something.

Behind the Kitchen: A conversation with Trey Wilson of Customshop [Smith]
The barbecue octopus looks awesome. Chef Trey also has excellent taste in bourbon and rye whiskey.

It’s always better when we’re together; New Belgium teams with all NoDa-area breweries for mega-collab [Wells]
I always like giving beer collaborations a try (Wooden Robot has quite a few good ones), but this sounds like something truly special.

CLT Playlist: Live music picks for September 9 – 13 [Gassaway]
I’m not that big a Van Halen fan so I’ll pass on the $200 tickets, but I may have to find a way to get to the Chatham County Line concert. Huge fan.

The perfect couples getaway: The Sunset Inn on North Carolina’s coast [Kendall]
Brunswick County is a great corner of North Carolina. I used to cover it for the StarNews, the paper down in Wilmington. I actually spent a lot of time on Sunset Beach because they had a historic swinging bridge that was being put out of commission in favor of a concrete thoroughfare. That’s reasonable, but I also sympathized with the folks who wanted to preserve the bridge. That character thing, again. Pretty sure they ended up getting that swinging bridge moved to a park.

Levine Properties talking up 20-story office tower [Agenda/Instagram]. This all looks super preliminary, but it would redevelop one of the last big spaces in First Ward.

Muddy River Distillery to sell on site October 1 [Facebook]. The law in North Carolina finally changed to allow local distilleries to sell bottles on location. October 1 is the day the law goes into effect. You can’t stock up, though: The law only allows you to buy one bottle per year. The rest, you’ll have to go through the ABC store.

Did the Panthers get cheated out of a Super Bowl win? [Jones/Observer]. ESPN dropped a bombshell with a report that the Patriots were spying on other teams more extensively than ever known, including the Panthers ahead of the Super Bowl appearance way back when. I’m not a Patriots hater. I admire excellence. But I’ll admit this is way more serious than the silly deflated football stuff.

J Crew warehouse sale coming back to Charlotte [Scoop Charlotte]. This is a thing where you can get clothes at a super big discount. I know nothing really about this beyond that and can’t help you strategize. But I can tell you the event will run Thursday through Saturday up in University City.

Credit Karma wants to give you stuff for sharing your debt story [Eventbrite]. Do you like swag? Yes, you do. The Westin is the place for that on September 19 and 20. Better be good stuff. At minimum a koozie. But I like when there’s unusual stuff like a pocket tool. Report back on this, please.

Rock Hill company marketing a way to print 3-D designs on fabric [Elkins/Charlotte Business Journal]. Textiles are still pretty huge in this region, and this is a cool innovation.

I follow some bodybuilders on Instagram because they inspire me. Now it’s my job to inspire you. Get after it. 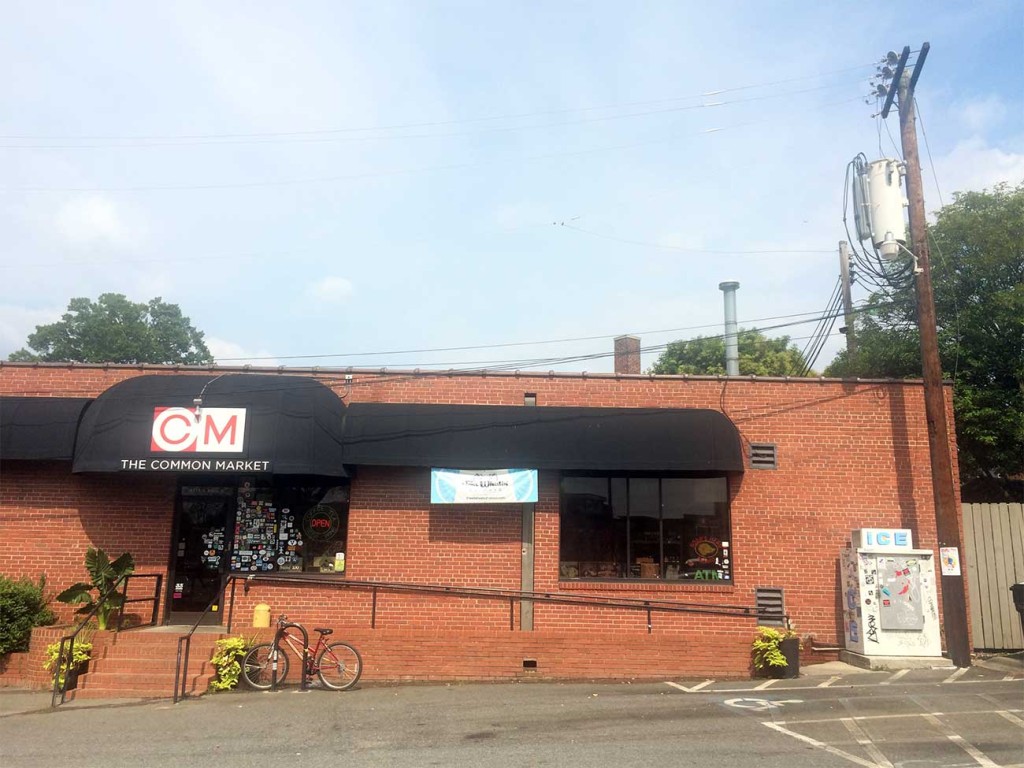