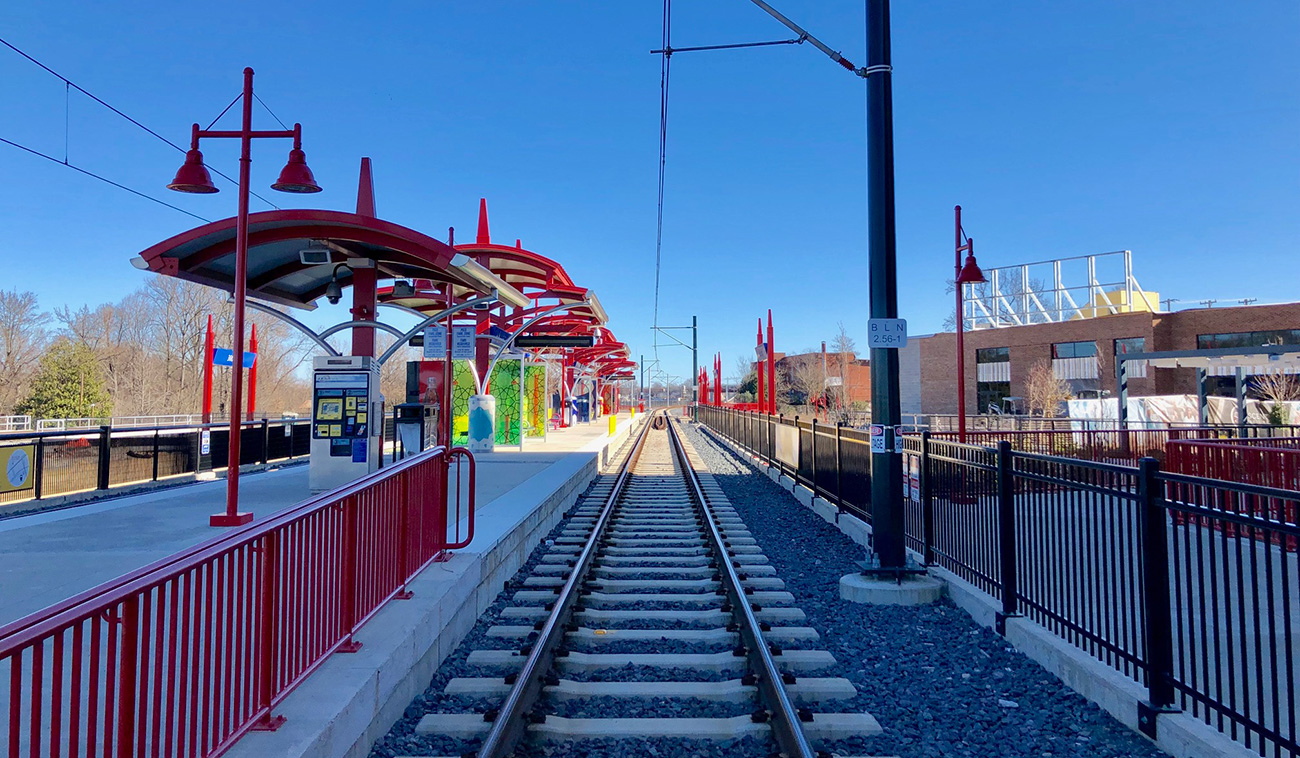 For a year and a half, Charlotte Area Transit System CEO John Lewis has been saying it’s critical for the city to bring the light rail to Pineville and Ballantyne. But it’s all felt like a far-off dream — until now.

CATS now has a set of proposals for how to bring the Blue Line farther to the south. Four maps — two options for Pineville and two for Ballantyne — were published as part of a survey gauging public input on the potential routes.

Actual construction is still a long ways off. There’s still no mechanism for paying for extending the Blue Line, and it would be many months of planning and design before a final route is determined. After that, there would be many more months of land acquisition and engineering before ground is broken.

Still, it’s an exciting step forward. Now that CATS has released some actual routes, it’s a lot easier to think about its potential.

Here is a breakdown of the four possibilities under consideration.

The current Blue Line ends where South Boulevard hits I-485, and both options for light rail to Pineville bring the train further south along the interstate to Pineville-Matthews Road (N.C. 51).

The first option continues along the interstate to the east side of Carolina Place Mall. This avoids messing too much with traffic, but limits connections to downtown Pineville.

However, malls nationwide are struggling, and who knows what could take up the Carolina Place site 10-20 years from now? 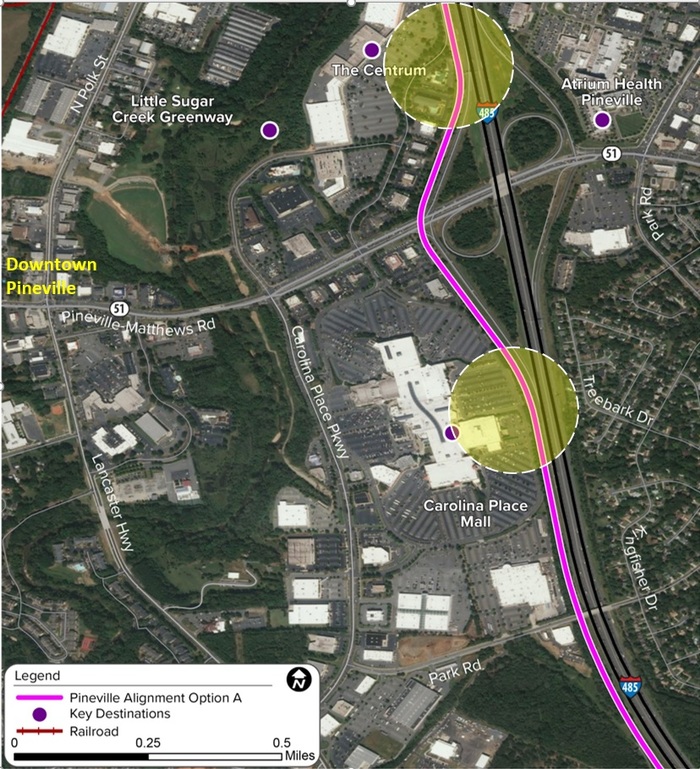 The second option veers west at Pineville-Matthews Road and puts a stop on the west side of the mall. This would make it easier to access downtown Pineville, but would require some rethinking of how car traffic runs here. 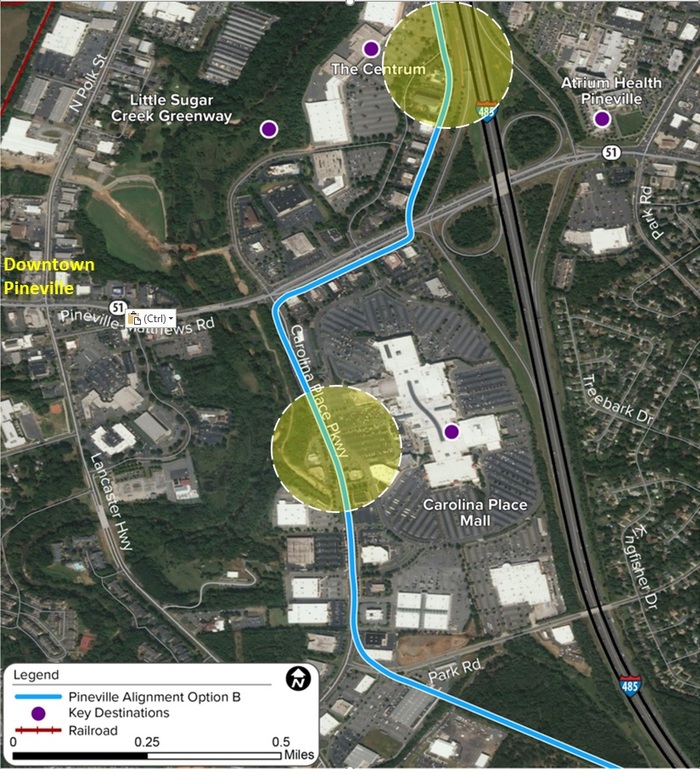 The first option would run parallel to Johnston Road, the main route into Ballantyne, after curving along I-485. This would put a Ballantyne light rail stop just north of Ballantyne Commons Road, near the entrance to the majority of the office buildings and the medical park.

This would help riders access areas both east and west of Johnston Road and open up future extension options to the south. However, this could make widening Johnston Road more difficult and make it harder to access future development in the Ballantyne area. 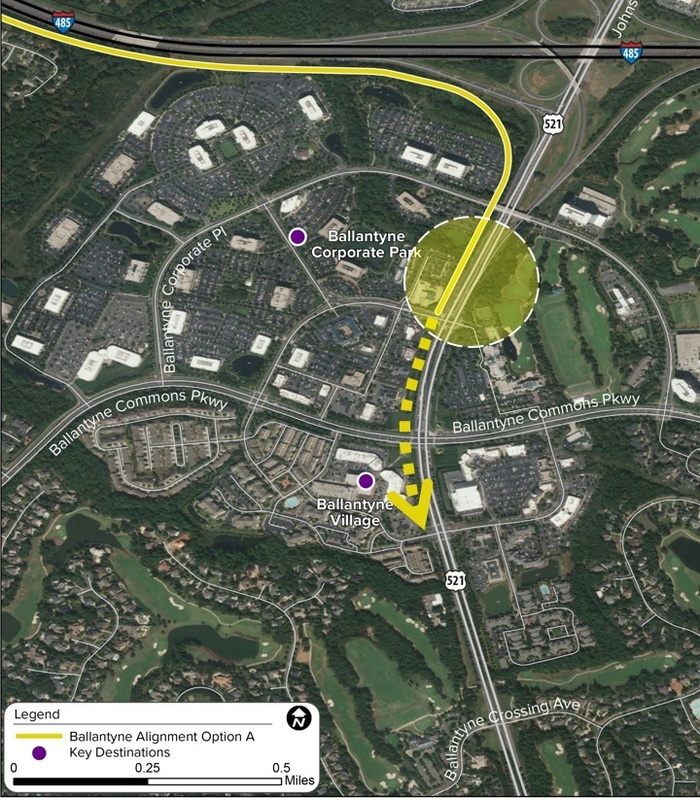 The second option would bring the light rail into Ballantyne from the west, putting stations either in the heart of the corporate park or at Ballantyne Village.

This route would run through a ton of private property, most notably the corporate park itself. However, it’s likely that park owner Northwood Office would jump at the chance to be included. They’re already planning more dense development and mixed-use buildings and light rail would certainly give them a jump-start. 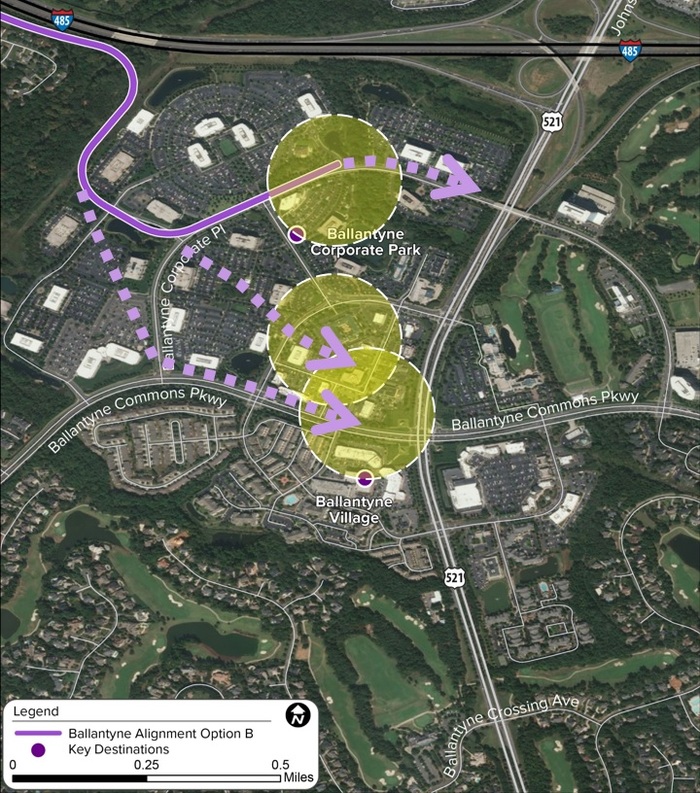 Want to weigh in?

CATS is currently taking comments and suggestions on the options above through this survey.

One of the first steps in new light rail projects is determining the route. Once that’s on the books, CATS moves forward on getting it approved.

That’s exactly what just happened with the Silver Line, a planned light rail path from Matthews into Belmont in Gaston County. CATS settled on a route in early 2019, then got it approved in March. 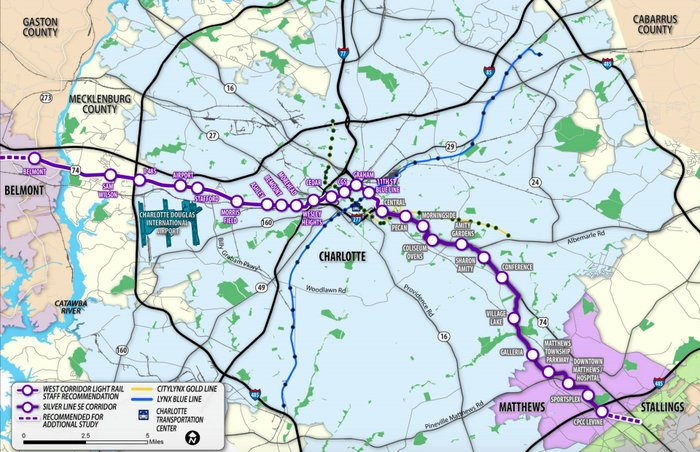 However, Charlotte’s leaders have yet to have a serious discussion on how to pay for all of this. CATS CEO John Lewis has talked about a $6 billion plan to build multiple lines at once. This would require some sort of tax increase or major bond package. Charlotte’s City Council has yet to approve anything like this.

But south Charlotteans should take heart: Now that CATS has some plans for Ballantyne and Pineville, this line extension can be a part of the money conversation. 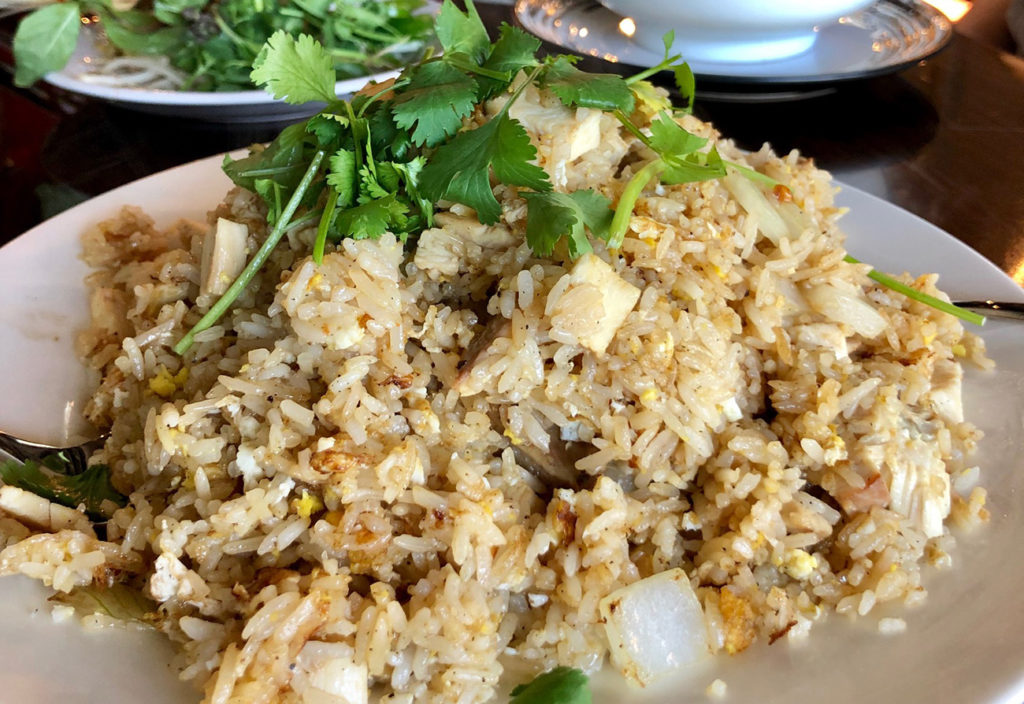