How I Work: 11 quick questions with Morgan Lashley and Caroline Dunham, founders of Vestique 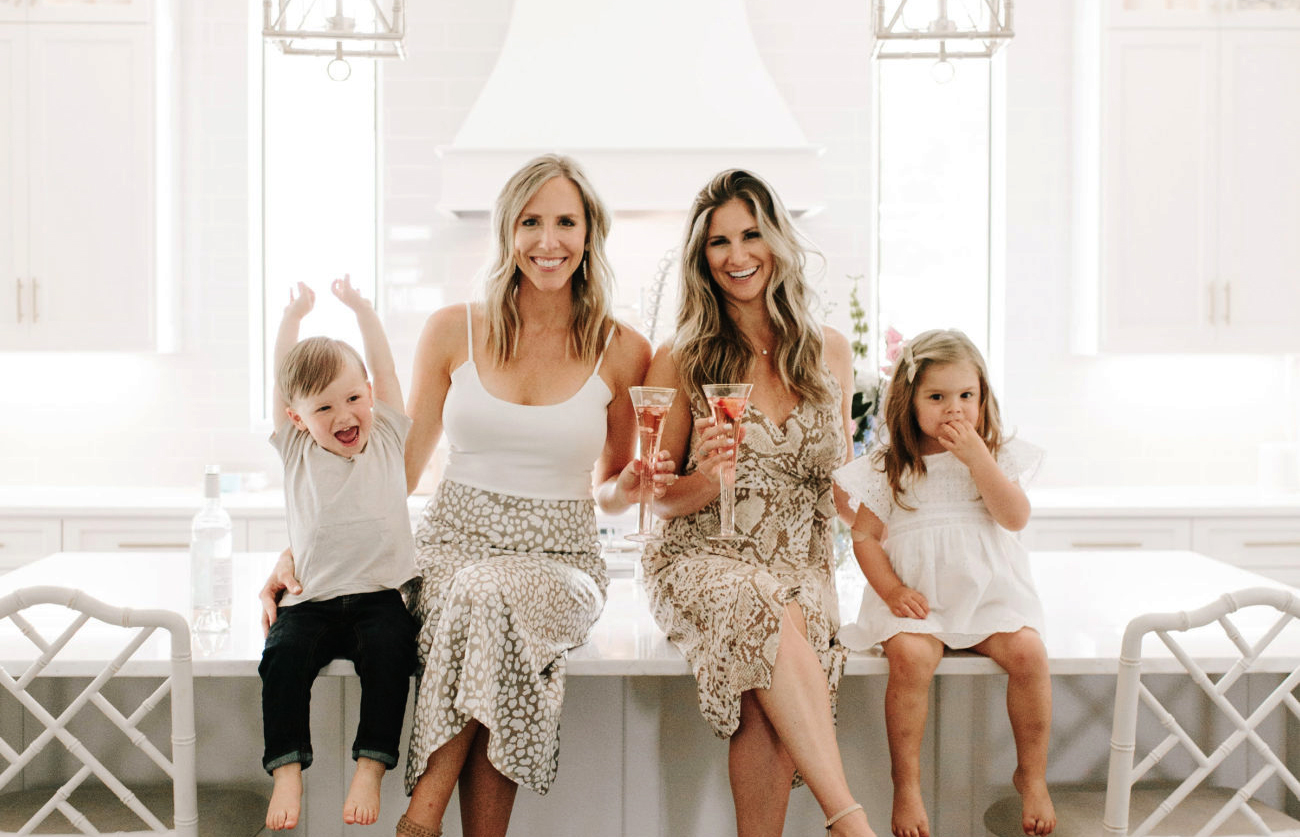 Morgan Lashley and Caroline Dunham are best friends (they met in college) and co-founders of Vestique, a popular women’s clothing boutique with nine locations across the Southeast.

I stopped by the East Boulevard store to chat with Lashley and Dunham. As I peppered them with questions, they greeted customers and starting fitting rooms for shoppers, right alongside their employees.

Here’s how Morgan and Caroline work. 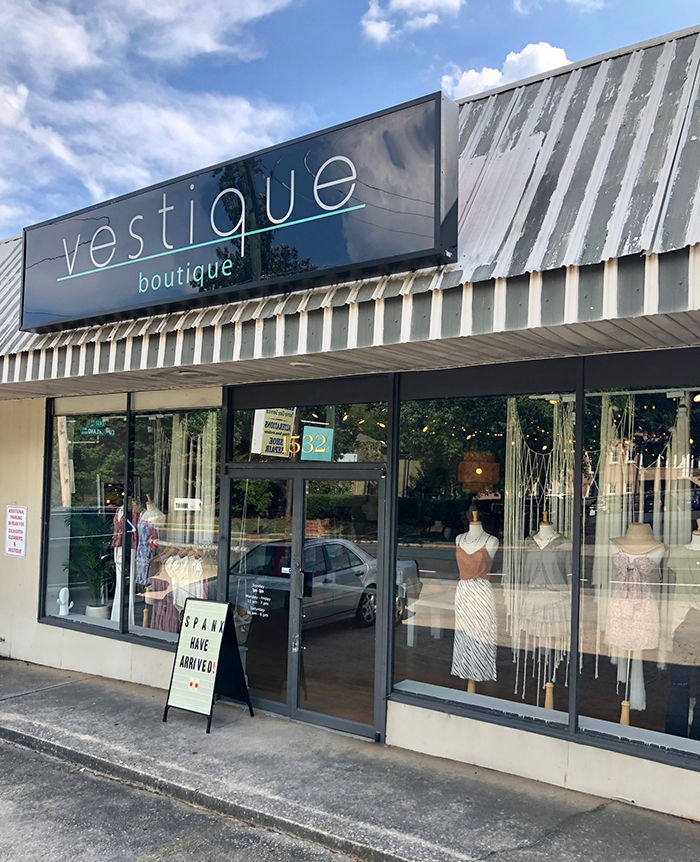 (1) How do you stay organized?

Morgan: I would say, for the most part, all of our calendar events are together. If I forget something’s coming up or she forgets something, I ping her or she pings me like, “Don’t forget, we’ve got that event at the Greenville store tomorrow” or whatever it is.

Caroline: We definitely hold each other accountable, which is nice.

(2) Which social media platform is your favorite?

Morgan: We live and die by social media, and it’s mainly Instagram. We’re trying to get back into Pinterest just to see if there’s any kind of room there to generate some sales, but personally and through the company, Instagram all the way.

Caroline: I go to bed around 10 p.m. and I’m usually up by 6:45 a.m., depending on which alarm clock wakes me up, whether it’s Andrew or Nora (Dunham’s two children).

(4) What’s your commute like and what do you do during it?

Morgan: Our commute is a little different than most commuters here in Charlotte because we travel from store to store. So when it’s a four-hour commute to Atlanta or Wilmington, I listen to podcasts. I love “How I Built This.” I’ve listened to every single episode twice. Or I’ll make business calls and knock out anything that I need to do on the phone while I’m in the car. If I’m in town and we’re working at the warehouse, it’s about a 15-20 minute drive. If I’m working here for the day, it’s like a five-minute drive.

Caroline: If I’m working here for the day, it’s a five-minute drive. It’s the same kind of thing for me, you know, if I’m visiting a store I’m in the car, so podcasts are my best friend. I listen to anything I can to keep myself awake, and I go through every Starbucks drive-thru I see!

(5) How do you spend the first hour of your day?

Morgan: Being a working mom, I’m nursing my daughter first thing when I wake up and then getting breakfast ready for my son and getting him off to school with my husband. Then I try to hurry and get myself ready. If it’s a crazy morning, I usually don’t start doing work until I’m out the door. I do check my email late into the night and do a lot of stuff at night, but in the mornings it’s really kid-focused around the house.

Caroline: Same, totally. I’m nursing my baby and getting my daughter dressed and ready for daycare. Then I drop her off at daycare, because sometimes my husband has really early mornings for work. If he’s still around, he’s dropping her off at daycare. Then usually I’m popping over to a workout class or hitting the road to a store. 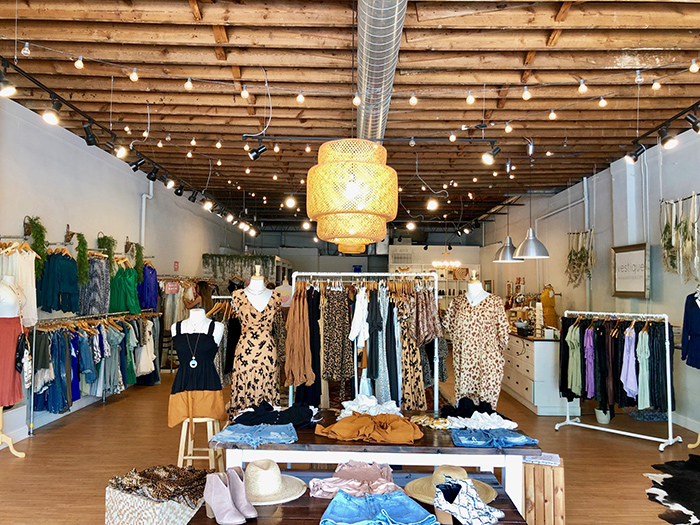 (6) What percentage of your communication is professional versus personal?

Morgan: I would say probably like 75 percent professional, 25 percent personal. What would you say, Caroline?

Caroline: Maybe half and half?

Caroline: Our lives revolve around Vestique, so it’s really hard to distinguish what’s professional and what’s personal, but I’d say 50/50. Because we’re like, “Oh, I have to go to this meeting. I didn’t sleep last night.”

Morgan: Yep. But lately it’s been a lot of kid stuff.

(7) What everyday thing are you really good at?

Morgan: We’re both really good at working out. When we’re in town we share the same nanny and we pretty much do everything together. It’s kind of weird (laughs). But when we’re in town if we don’t have a first-thing morning meeting scheduled, we try to hit a barre class. I would say we’ve been doing that together for at least five years.

(8) What’s the best piece of advice you’ve ever received?

Morgan: One of our friend’s dads is a business owner here in Charlotte, and when we first started I was having dinner at their house and I told him, “We’re doing this thing in my spare bedroom. We’re selling clothes on the internet!” And he said, “What’s your 10-year plan?” And I’m like, “What? We started yesterday! We don’t have a 10-year plan!” And he’s like, “You need to get a 10-year plan in place.” We had, like, a one-week plan. He probably doesn’t remember telling me that now, but it stuck with me.

Caroline: We have two business advisors and one of them said, “In retail, if you’re not growing, you’re dying.” And also, “If you have a hunch, buy a bunch.” Meaning if you see a trend that’s becoming really popular and you think it’s going to do well for Vestique, buy a bunch!

(9) What’s one thing they don’t teach you in high school that they should?

Morgan: Budgeting. That’s a biggie. We started with a small investment at $10,000 and we just had to make that work.

Caroline: You’ll hear people say, “I started this business with hundreds of thousands of dollars and now I’m x amount in debt!” We’ve never been in debt and we started with such a small loan, and that’s something I’m really proud of when we tell our story.

(10) What’s a fact someone might be surprised to learn about you?

Morgan: Our lives are not nearly as glamorous as they seem. I think most people think we just play in the store and try on clothes all day and it’s so fun and we just go on these trips. The majority of time is so not glamorous. We’re mostly in our warehouse or doing inventory and spending the majority of our days in our cars just so that we can spend a few hours with our store manager in Atlanta.

Caroline: It’s definitely not as glamorous as it seems, and we work really hard and work really long hours and people probably don’t see that. They see what’s on Instagram and they see us pop into the store for an hour. They think we get all these free clothes, but they’re not free. This is our business and our livelihood.

Morgan: Try not to lose focus. Since we both added another member to each of our families, our lives have gotten so much busier and it’s harder to find time for all the things that we love to do. Keep your eye on the prize and hopefully it’s going to continue to get easier.

Caroline: Always put your family first. Vestique is awesome, but one day it’ll be over and we’ll still have these beautiful children and awesome husbands. 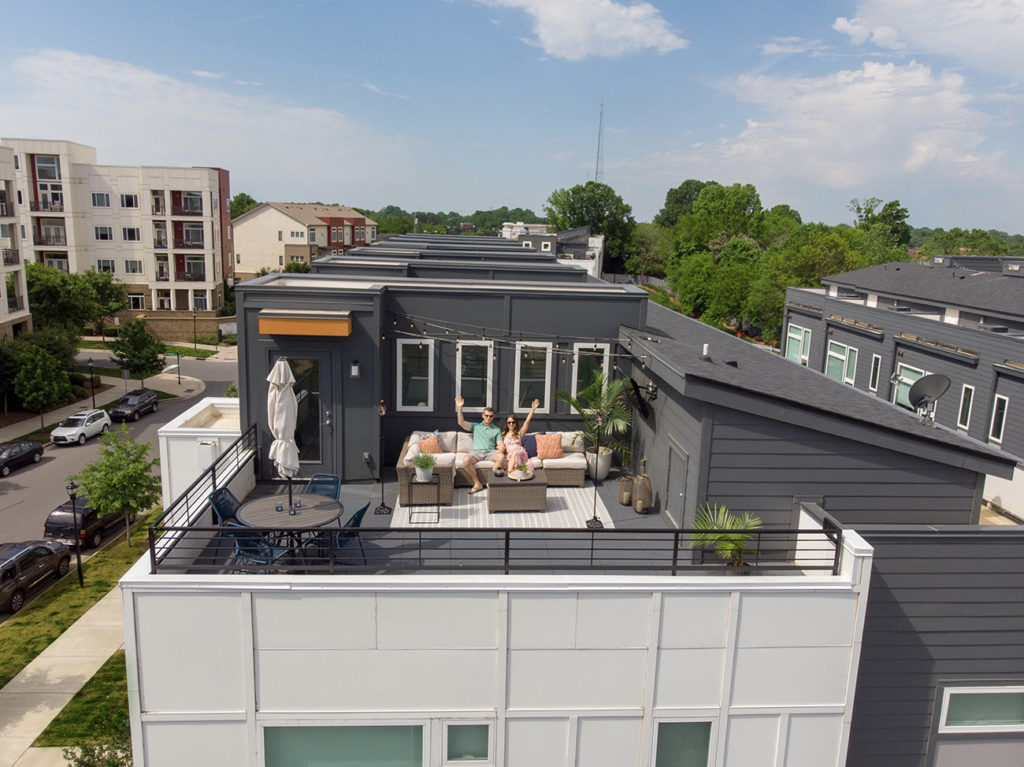