How I Work: 17 questions with Cherie Berry, the elevator lady

Walk into any elevator in North Carolina and you’ll see a familiar face grinning at you from the certificate of operation.

Cherie Berry is North Carolina’s Labor Commissioner, a role she’s held since 2001. She recently announced she won’t seek re-election when her term is up in 2020. She’s become a high profile figure over her nearly 20 years in the position.

You’ll find her face on t-shirts, parody Twitter accounts dedicated to her, and now the unveiling of Elevator Lady beer at The Unknown Brewing Company (the release happens tonight and she’ll be on hand), and she’s not afraid to admit that her name probably plays a part in this. 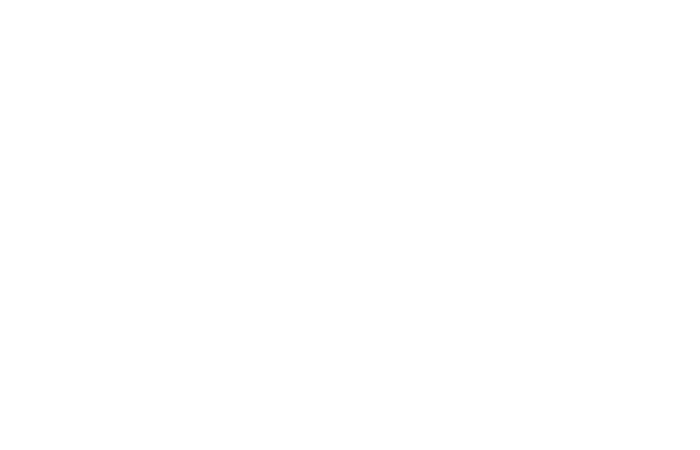 (1) Most people associate you with elevators, but what exactly do you do?

No two days are ever the same because it’s a big state. There are so many things we do other than elevators.

The main part of our department is Occupational Safety and Health. So that means we’re responsible every minute of every day, no time off from it, making sure to the best of our ability that we use our resources so that people can be as safe and healthy as possible at work, whether it’s the private or the public sector. That’s every worker in North Carolina. So my cell phone is never away from my side, you know, because things happen in the middle of the night.

(2) Do you have a favorite elevator?

I really like the one at the Grove Park in Asheville. I love that one. It’s unusual.

(3) How long did it take you to perfect the signature we see in the elevators?

About two seconds. Somebody said, “We need your signature here,” and I said, “Okay, here it is!”

(4) Do you use social media? If so, what’s your favorite platform?

(3) What percentage of people mispronounce your name?

I don’t know, about everybody. I mean it’s okay, I don’t mind.

They say Sherry or they’ll say Cherry and they’ll make it rhyme and that’s okay. You can call me anything but late for dinner.

I’ve been called all kinds of things that we can’t repeat over my political lifetime. My dad was a prisoner of war and when he was liberated from the prison camp at the end of the war he came home through France. He heard mon chéri, you know, and he heard what it meant. Darling, dearest. He said, “I heard that and I loved the sound of it, so I promised myself if I ever got home alive and I had a daughter, I’d name her Cherie.”

(4) How do you stay organized?

I have great people that keep me organized. My administrative assistant, JJ, she’s been with me since I was in the General Assembly. She keeps me down-to-the-minute organized.

And then I have another individual who does all my briefings, which means everywhere I have to be on the road, I get a briefing that tells me where I’m going, why I’m going, how many miles it is in the exact direction, who I’m going to meet when I’m there, what it’s all about, and how many times I’ve been with those people, you know, dates for that. Just to refresh my memory because I travel all the time.

(5) What are some apps you can’t live without?

And I like Candy Crush. I’m pretty good at it.

I’m a night owl. I do my best thinking when everybody is asleep.

(7) Did you expect the amount of attention you’ve received when you originally ran for this position?

I don’t think about it too much, but no, I didn’t expect it and I don’t know why it happened. Maybe because people can make my name rhyme.

We put that picture on the certificate during my second term. My communications person came to me my first term and said, “Commissioner, look, this certificate, there’s a space down here. We need to put a little picture, just so people know there’s a real person.” I said, “Fine, but we’re not gonna do it till the second term, just until I prove maybe I’m not a fluke.”

I think because of it people have become cognizant of some of the things we actually do. The little kids are what are so sweet. I got a call from a grandparent and he said, “Commissioner, we need one of those certificates with your picture.” I said, “I’ll be happy to send you one. But why do you need it?” He said, “We took my granddaughter to South Carolina and it was the first time she’d been down there. We were at the hospital and the elevator door opened and she looked around and didn’t see Cherry Berry and she pitched a hissy fit right there in front of everybody and wouldn’t get on the elevator because you weren’t keeping her safe.” He said her parents were moving to Chicago and they’re going to live in a building with an elevator so they need to have it with them at all times so their daughter will get in the elevator.

And, if you think about it, 20 years is a long time. So there were little kids that are in college right now in another state and they’ll put on Twitter, “I know I’m home when I see Cherry Berry’s picture.” 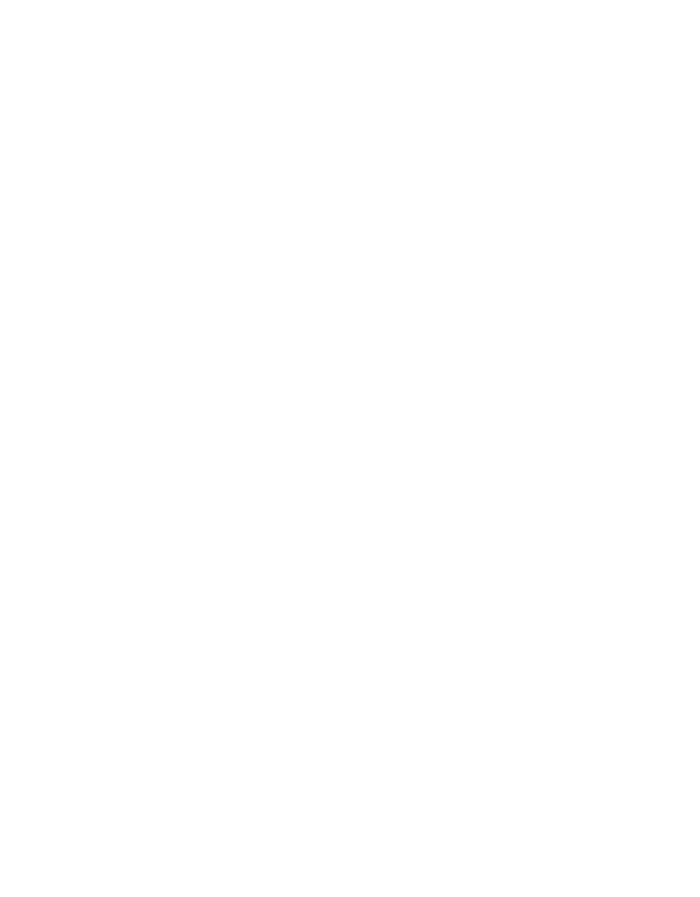 (8) How do you decompress after a long day?

As I’m walking in the door, I’m taking off suits and shoes and I’m saying hey to my kitty cats and I’m going to straight to back to my bedroom and I put on my soft bedroom slippers and my fuzzy jammies.

Then I go and I feed the kitty cats and I’m in the kitchen and I fix myself a glass of wine, or when it’s hot I get a beer. And sometimes I’ll have a martini. It’s 5 ‘o clock somewhere.

Well, it depends, because the state is so long. I have a condo in Raleigh and I have my home in Catawba County, in Newton.

I kept my home when I first got elected. I’m going, “Well, this is going to be maybe a four-year job so I’m not going to sell my home.” But it’s been a while!

When people call and want to schedule things, we try to fit them in geographically if they’re flexible. So I’ll stay in my condo in Raleigh and I’ll do a week or so of the eastern part of the state. And then I’ll go to Newton and stay at my home there and do the western part, which works out great. Because if you tried to do everything from Raleigh, I could only do maybe 50% of the things that I do outside of the office.

(10) What’s a situation that makes you feel nervous or intimidated and how do you prepare?

I can’t say that I remember a time where I was intimidated. I’ve always been myself, so it doesn’t matter to me, you know, who I’m with.

If I’m with the President or the Governor or CEOs or if I’m on the factory floor, they’re all the same. I know it sounds smug, but I’m just comfortable in my own skin, so here I am. This is me.

(11) What’s a skill they don’t teach you in high school that they should?

(12) What’s the best piece of advice you’ve ever received?

My dad was a good listener. And every time I would want to undertake a new project or a new job or whatever I wanted to do, I would sit in the living room. Dad would be in his recliner and I’d just discuss my plans with him.

He would listen very carefully and give me advice, what he thought about what I was doing. But the last thing he would say to me, his nickname for me was Flossy. I don’t know why. So he would look over at me when I finished with all my excitement, and he’d look over at me and say, “Don’t mess it up, Flossy.” Except he wouldn’t say “mess” if you know what I mean.

So every time, I’ve always had that in the back of my mind. Don’t mess it up.

(13) What’s a skill that enables you to be successful at your job?

I’m like my mom, I’ve never met a stranger and I think that’s helped me.

I’m interested in everybody, it doesn’t matter who it is or what they’re doing. I just want to find out a little bit about them. Everybody has something they’re good at. You just have to find it.

(14) What’s something unexpected that you’re good at?

Well, I used to throw pots on a potter’s wheel. And I make stained glass windows and cast aluminum sculptures.

Love for each other. Especially now. There’s just so much hate in conversations. It’s terrible. I’ve never seen anything like it.

(16) If you weren’t doing this job, what would you be doing?

I would be spontaneous. For the last, it’ll be 20 years when my terms up, and even before that eight years in the General Assembly, your life is not your own.

And for the last 20 years, if you could see my calendar, you would understand what I’m talking about. It’s jam-packed full of different cities, different places, and times in between office stuff and meetings and stuff like that.

I’m not able to say to my sister, who’s retired and younger than me and been bugging me for years, “When can we have our adventure? We need an adventure. When we can do that?”

I just want to be spontaneous. If my sister calls me and says something like, “Hey, let’s take a road trip to Nashville,” I’ll say, “Okay, I’ll see you in half an hour.”

(17) What’s something you’d like to tell Axios Charlotte readers?

The next election, especially for my job, is very important.

There will be good people from both parties who will be running. And I would just encourage all of them to study the candidates. Vote for the person you think would love every single worker in North Carolina and would give them the respect they’re due, whether that person is sitting in a boardroom or whether they’re down on the factory floor or on a construction site.

Make sure they’re the kind of person that would try to meet and speak to every single person on that job site.

No job is more important than any other.

by Brianna Crane
Most Read
1
See inside: The most expensive home in Charlotte, built for late Mattel CEO
2
Model Olivia Culpo on life in Charlotte with Panthers’ CMC
3
Special report: The last days of “Tent City”
4
23 best pizza spots in Charlotte
5
How Belk put Charlotte on the map, and what happens after bankruptcy
Most Recent Open Jobs