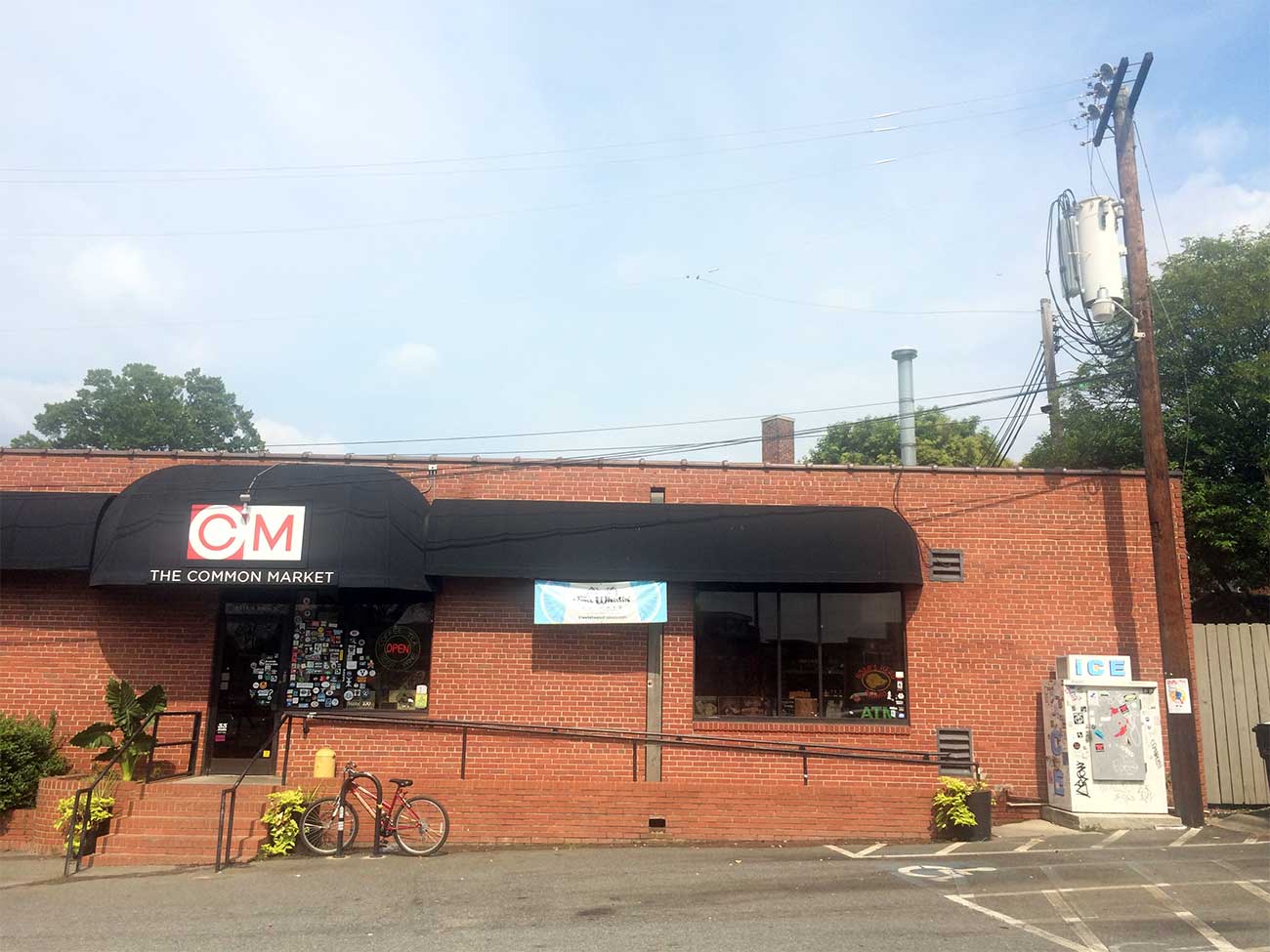 There was a lot of talk over the weekend about the Common Market and weekly Food Truck Friday event in South End being forced to move to make way for a new development. This is almost certainly going to happen, though it is not officially a done deal yet. The main question at this point is when. A key point: Nothing is going to change immediately.

Here’s everything we know at this point. I’ll update this as I get more information. If you have any, send it my way.

If for some reason you haven’t been to either the Common Market or Food Truck Friday, they’re located on a triangular piece of property about three-quarters of a mile south of Uptown. The market is in a brick building with a patio, and the lot is pretty much just that – a patch of dirt and gravel.

This block is also home to businesses like Black Sheep, The Plaid Penguin, Cirrus Salon, The Living Room and Modern Fabrics. Addresses are on Camden Avenue, South Tryon Street and West Park Avenue. This is mega-valuable real estate. According to county tax records, the 2.2+ acres are worth about a combined $3.2 million. Their worth when you add in development potential is far higher.

None of this is official. There are no development plans for the site submitted with the city, nor are there any permits requested for those addresses. No rezoning is in the works. There hasn’t been a formal announcement. The land isn’t even sold yet, according to property records.

But this spot is pretty much guaranteed to be an office project. The Charlotte Business Journal has reported that Cousins Properties is lined up to develop a 200,000-square-foot regional headquarters building for Dimensional Fund Advisors.

The company is getting more than $10 million in state incentives to move here and has pledged to spend $105 million to buy property and build the new headquarters. This is the biggest mystery right now.

Food truck owners are being told that a move might come by the end of the 2016 season, per multiple reports. That’s next year, folks. Common Market is looking for new locations as well, but will be open in South End for the foreseeable future. Neither the market nor the food truck event have been given dates by which they’ll need to move.

Kara Hollinger of The Plaid Penguin said she hasn’t had any communication from developers about any timeline.

My best guess is to expect movement toward the end of next summer. Dimensional has said they want their new building done by the fourth quarter 2018. Pretty much the whole block is owned by Gaines Brown, who started buying up the land in the early 1980s.

From Plan Charlotte:
“Why sell now? Brown says he’s near retirement age and wants more time to pursue his passions in art (he is a talented blacksmith), rather than keep managing property. He was impressed, he says, with the design quality, the development team and their ability to produce a building of lasting value to the district. And a large parking deck would be a long-term solution to South End’s increasing parking problem.”

Check out the whole piece here. It’s a great read about a man who played a key role in developing South End into what it is today.

We posted about the redevelopment on our Instagram page over the weekend. Here’s a selection of the reaction.

perfpetluver: Bad for progress and bad for small business

jdubclt: Awful. 2 things that gave south end some character. Why build up every inch with luxury apartments and office complexes? Save CM!

katjwin: Bad for small business. They are a part of the southeast core! All for new dev but there’s tons of empty lots!

anthonycoggins: Sad to see it go but grateful the owner/developer is a long time fixture of Southend. He has been invested in our community for 30 years and has been instrumental in creating the culture/vibe we have today. “Progress” is inevitable but I am optimistic it will not just be another cheap/disposable multifamily project.

murphy_n_haze: You do realize that food truck Friday happens because of how much Charlotte has expanded, right? Just figure out a solution! It will be ok. A goodbye letter to Plaza Midwood