Have you been to a Charlotte Independence game? Here’s what to expect 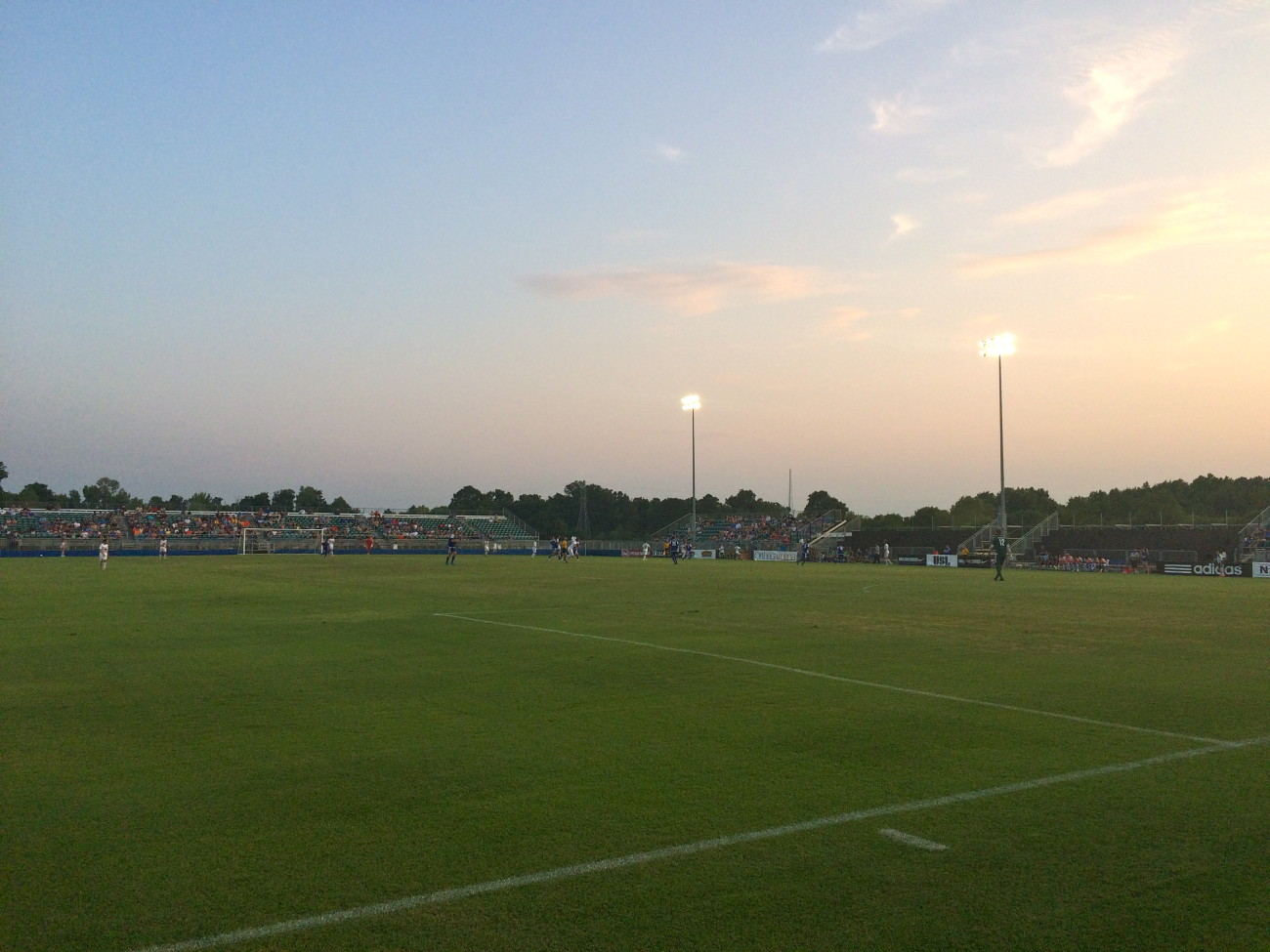 Saturday night, I went to my first Charlotte Independence game just in time for their first season to come to a close. As always, I’m a little late to the party and tomorrow night will be the last home game here in Charlotte until next year. Better late than never? I’ll be honest, I haven’t been to a soccer game since watching my brother play in high school. This will be particularly offensive to sports fans because I went to college with Clint Dempsey and never once saw the World Cup fan favorite play in his early days. Sorry. I was probably doing uncool things in the library.

Thanks to my ability to live a life almost totally free from sports, when I do go to games I take note of experiential items beyond the stats and players’ names and things real fans care about. So here’s a look at the Charlotte Independence fan experience through the eyes of one who knows absolutely nothing about the game.

The Independence play at Ramblewood Stadium, a 3,720-seat stadium (with standing room for another 500) in south Charlotte. The location 10 miles south of the city is probably a strike against attendance but there was still a line backed up about 70 people deep when we got there right at kickoff. Is it called kickoff? Very important item. Food options at Ramblewood include three food trucks/carts: Bob’s Brats, Taco King and King of Pops. Bob’s and Taco King are cash only but there’s an ATM on site. King of Pops takes cards. Beer options are local and abundant with Olde Mecklenburg Brewery, NoDa Brewing and Birdsong all serving in the stadium. I got an Independence pop, which is a layered strawberry, lime and blueberry flavor. I was really surprised to see the ticket line as long as it was when we arrived just as the game was starting. It’s definitely a family-friendly crowd in the bleachers with lots of kids running around. The rowdier (but still kid-friendly) standing-room-only Meck Deck behind the goal is where you’ll find Jack’s Militia, a group of diehard fans equipped with flags, signs and the occasional song. You’ll catch them tailgating before games and never taking their eyes off the action.

I asked to get a group shot and was met with a very polite, “Maybe after they game. They’re watching.” Serious business. I can’t say I paid attention to the game, but my boyfriend liked it so much he pulled out his old 20-year-old soccer ball from when he was a kid and hit the practice fields the next day.

In the same way Knights baseball can serve as a sporting event for real fans and a social gathering for the rest of us, Independence soccer has the potential to deliver the same dual appeal. They’ll just have to convince people to drive down to Ramblewood.

Disclaimer: Our tickets for this game were comped. Thanks, Independence!