In response to: Confessions of a Charlotte Hooters waitress

“Honestly how she reacted for not getting a tip from one beer is a little intense and uncalled for. You should have only received one dollar for one beer anyway. Also, welcome to the modern area of people getting individual tabs.” – B

“Hooters is just awkward. No way this place exists in 20 years. Or maybe I just don’t understand dude culture.” – J

“Fast, causal and seafood – should only be mentioned in the same sentence in a select few cities.” – J

“Visited 3 times and was the only guest in there 2 of those times.” – S

“I drive by daily and there were hardly ever cars in the parking lot. The location is too difficult to get in and out of, especially if you’re driving out from the city. Such a shame.” – P

In response to: Whitewater Center expects over 12,000 visitors for “Green River Revival” on Saturday

“Super cute! I have the pineapple that’s in the pink room. I must be on-trend *pats self on back*” – A

In response to: Can Charlotte make parking decks more than just wasted space?

“First move should be to eliminate all parking minimums and allow the business determine the amount needed for their business.” – B

“People in this city love their cars. It’s insane compared to other cities our size.” – W

In response to: 30 coolest things to do this spring in Charlotte

“I’m going to guess that Ted has never shot a gun and has never been to The Fork. The Fork used to be a place for skilled shooters; now its going to be a yuppy frat party.” – D

“Most underrated thing in Charlotte? The rail trail in South End. Whoever made that happen had real vision and it’s only going to get better with all the planned development.” – W

“We need to make the Wells Fargo Championship like the Waste Management Open – where golf fans party, hard.” – J

In response to: Uptown’s Polk Building demolished to make way for apartment tower with rooftop pool

“Where are the architects, developers, designers who saved the Ivey building? And why did we have to lose another piece of Charlotte history to an apartment building with no soul. It is another sad, sad day for the look of Charlotte.” – F

In response to: 17 best new restaurants in Charlotte

“Instead of a list, you should have ranked these. So I’ll do it for you. #1 The Stanley and #2 Bardo – most others are chains (Hawkers, Superica, Barcelona” or fast casual done well (Capishe, Sweet Lew’s) — which isn’t bad, but isn’t unique.” – J

In response to: All-you-can-eat conveyor-belt sushi restaurant opening in Elizabeth

“Just like we had in Japan but you pay by the plate there.” – R

“I’m fighting if I see someone grab something and put it back. Just sayin” – D

“Shout out to Craft, the king of weekly specials IMO” – W

“$3 beers on popular days (Thursday and Sunday), thank you Suffolk Punch. More breweries need to do this, at like $6 their profit margins must be huge.” – J

“With half priced sushi, O-Ku must be close to breaking even or even losing money on that deal.” – A

“Gracious…. what a gorgeous wedding venue this would be! Charlotte is seriously lacking something like this in the wedding market!” – J

“I’ve seen the outside of this house in person several times. It’s gorgeous! And the neighborhood is very private and beautiful. It’s way way way in the back of a development.” – H

“I’ve toured this one. It’s immaculate and regal in every, single way. Plus, it has a hidden door leading into a stairwell!” – D

In response to: 32 best apartments in Charlotte, sorted by hot neighborhoods

“The Colony has the best location in all of SouthPark and its only half the price. Sad they’re tearing it down for some cookie-cutter faux luxury over-priced trash with a vinyl wood floor. I can get from Home Depot for 50 bucks. All these new apartments lack character.” – A

“I think I make decent money and couldn’t afford (comfortably) more than a studio apartment. I’ve lived in Charlotte for almost 13 years (most of that time renting in Ballantyne) and have seen how it has changed. I just think it sucks that we’re turning into a city of the haves and have nots.” – R

In response to: Big step taken toward new light rail mega-line from Matthews to Belmont. Here’s what still needs to happen

“Get it to the airport! Get AMTRAK station built uptown!” – J

“CATS needs to quit pissing away their funds on the silly trolley project and allocate them to light rail development. City Gov was left with this joke and no one seems care our tax dollars are being wasted by the millions.” – L

“But we get f’d paying tolls from Mooresville to Charlotte… and no end in sight to congestion.” – G

“Great news for Gaston County. They’ve been ignored for so long!” -A

In response to: Pink Cactus, a Southwestern restaurant with 35 tequilas, sets opening date in SouthPark

“This place just rebranded itself a Bourbon & BBQ joint only 6 months ago, now they’re already bailing and switching to Tequila and macarons? I didn’t hear anyone asking for a mashup of Paco’s and Amelie’s. Come 2020 they’ll probably be announcing their new absinthe & sushi concept.” – A

In response to: Cash Confessional: A week of spending on a single mom’s $37,500 salary

“If I was hiring I would want to meet this person – hard worker and determined. I cheer her on and hope good things happen for her.” – A

“Being a single parent is hard and kids only get more expensive as they get older. Charlotte hardly pays a living wage and rent is super high, but it is doable and not be on gov programs.” – A

“If she works for a non-profit 501(c)(3) organization she could potentially qualify for Public Service Loan Forgiveness, and based off of her income and two children, a ‘qualified’ payment of $0 per month on student loans may not be out of the question. Would depend on the type of loan.” – B

“IDK how she lives in Charlotte with this income…and two kids. – K

“You spend $55 on useless ‘professional development classes’ and $33 for work clothes you probably don’t need, but say your biggest issue is the small snack runs that only cost you 20 dollars. You could have put that $88 towards your debts. Sad you noticed the $20 from snacks but not the $88 from things that you don’t need. Might need a change of mindset.” – Z

In response to: Hot neighborhood: 5 coolest houses for sale in Chantilly, right now

“Cool spot. However when that goods train passes through through the neighborhood once or twice a night and the driver insists on laying on the horn then thanks but no thanks.” – I

In response to: How to get a managed beehive (and honey) in your backyard for $1,100 a year

“Beehive! BRAVO BRAVO BRAVO. I hope we will begin to see a lot more hives in the area and I hope some businesses will also be good neighbors and allow a hive on their roof or on their property and maybe someone will sponsor one for a school so children will learn the importance bees play to our food supply!! Thank you for highlighting this! (as an important side note bees die from pesticides ( round up) you use on your lawn – so stop using)” – A

“Super interesting story about the bee guy. So cool! Who knew we had something like this in Charlotte!” – I

Good take on @Zillow Offers by @charlotteagenda: “If Zillow Offers becomes a popular mainstream way to sell your home, it has the potential to upend the traditional selling process.” That’s the plan 😉 https://t.co/djeTZsa9uz 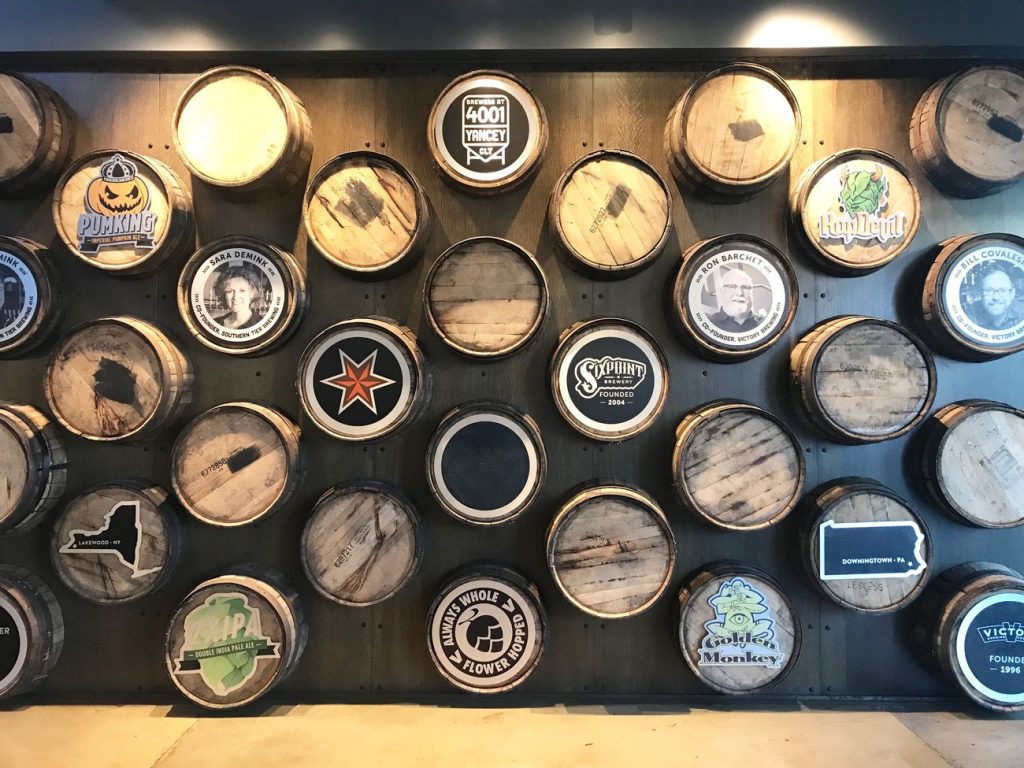 Have you always dreamed of owning your own brewery? UNC Charlotte has four courses to help you make it happen.

by Samantha Alexander
Most Read
1
Kid Cashew on East Boulevard sets its opening for mid-January
2
Hello Friday. Charlotte Recycling Plant.
3
Starbucks on East Blvd will start to serve wine after renovations
4
Bleu Barn Bistro takes food from farm to food truck
5
May I smell your beer? 26 days without drinking
Most Recent Open Jobs