As Plaza Midwood construction hits a major setback, what’s next for the $187 million Charlotte streetcar? 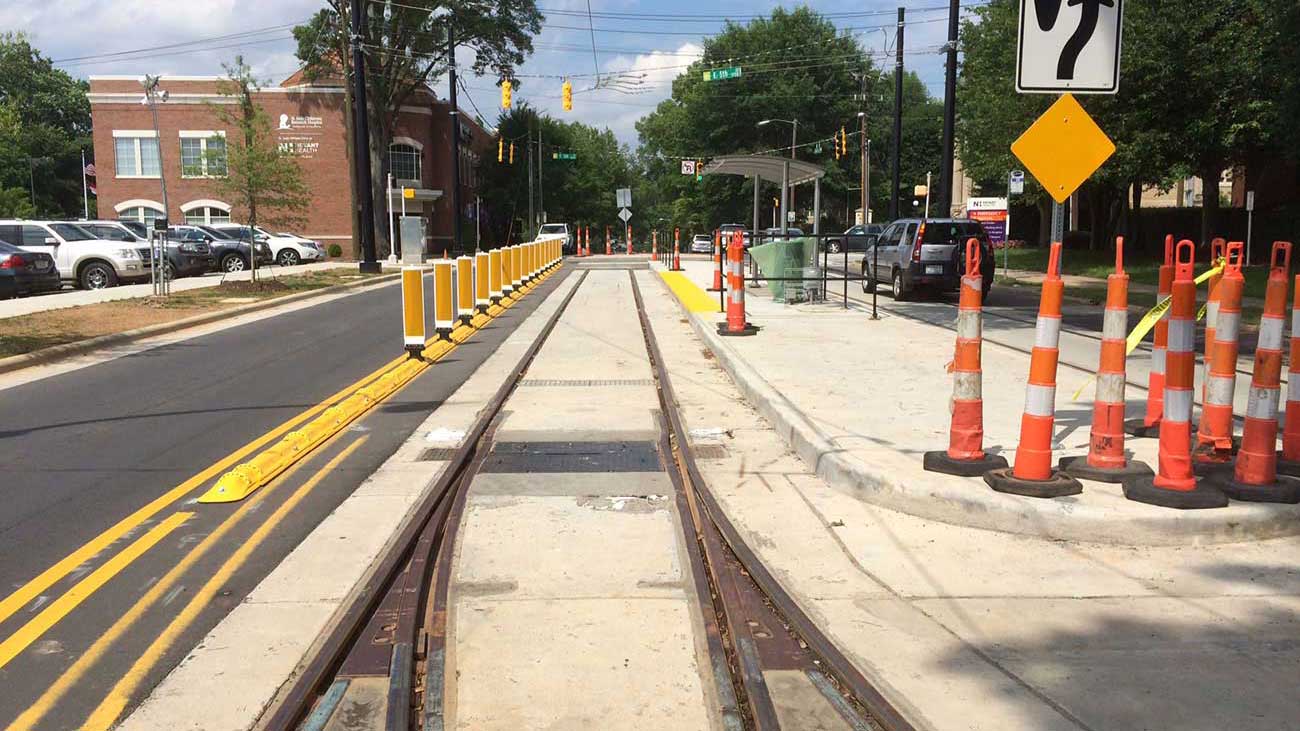 Nearly a decade ago, Charlotte mayor Anthony Foxx touted a streetcar as the key to unlocking development in parts of the city that desperately need it.

Today, the city is just trying to get the line finished on time and within its budget as ridership plummets.

Charlotte’s streetcar has long been one of the most controversial projects in city history. Republicans made it a major campaign issue in several municipal election cycles, but it also propelled Foxx to the president’s cabinet.

Supporters are still optimistic about the benefits it could bring, while opponents feel justified in calling it a boondoggle.

The recent news that construction on the Hawthorne Lane bridge over Independence Boulevard has completely halted has once again thrust the massive cost of the project to the forefront.

Here’s a look at the streetcar project and how we got where were are.

What is the Charlotte streetcar?

The CityLynx Gold Line, commonly known as the streetcar, is a public transportation route that runs between the eastern and western edges of Uptown.

The first phase runs 1.5 miles and is currently open. It uses old-school trolley cars to shuttle passengers from Novant Health Presbyterian Medical Center on the east, along Trade Street to the Charlotte Transportation Center in the heart of Uptown.

A second phase of 2.5 additional miles is currently under construction. It would extend the line in both directions. On the east, the Phase 2 track would run over Independence Boulevard toward Plaza Midwood.

To the west, the second phase will finish crossing Uptown before running past Johnston & Wales University, then through Wesley Heights to Johnson C. Smith University. 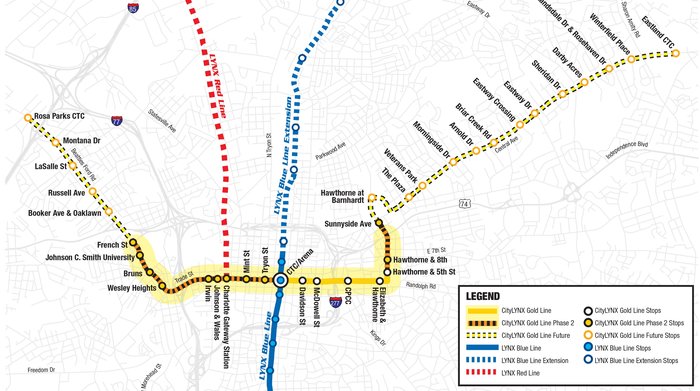 Rendering of the Johnson & Wales University stop via CATS

Why does the streetcar exist?

Charlotte’s City Council has always discussed the streetcar more as an economic development tool than a people-mover.

The idea was to link neighborhoods east and west Charlotte and drive business and real state investment in the two historically struggling areas.

The city’s projections called for at least one new apartment community, a hotel, plus tens of thousands of square feet of new office and retail space along the CityLynx Gold Line.

This has yet to materialize. 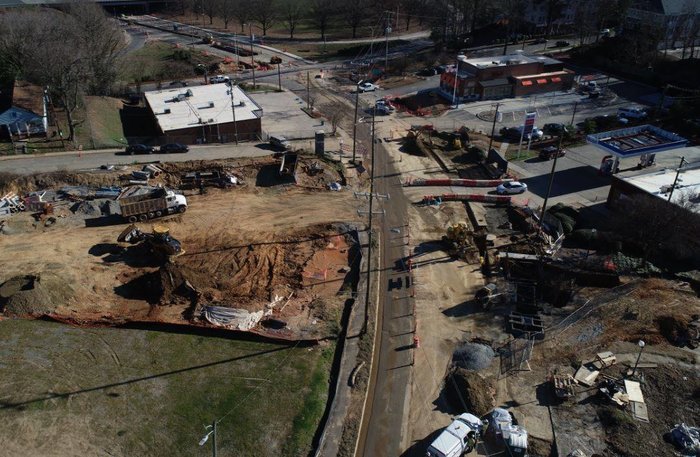 Whose idea was the streetcar?

Charlotte has a long history with streetcars. The city’s first opened in May 1891, connecting the center city with the “suburb” of Dilworth. Subsequent streetcars brought people through Elizabeth and Myers Park, but this generation was mostly out of service by the end of the 1930s.

In the 1980s, Charlotte resurrected the idea of the streetcar and operated one in the 1990s in what is today known as South End.

Plans for the current iteration started to take shape in 2002, and by early 2005, city transportation planners had sketched out a four-phase project roughly along the lines of what’s underway today.

But they didn’t go anywhere until Anthony Foxx took the mantle upon himself to make it happen.

Foxx was elected mayor in 2009 and made it one of his signature projects. Under his leadership, the City Council approved the money to build the streetcar and accepted a federal grant in early 2011 to cover the rest.

On July 14, 2015, the first phase of the Gold Line began service. That same year, the City Council narrowly voted to approve the second phase.

Foxx was able to parlay the streetcar project into a presidential appointment to be U.S. Secretary of Transportation. He took on that role in 2013. 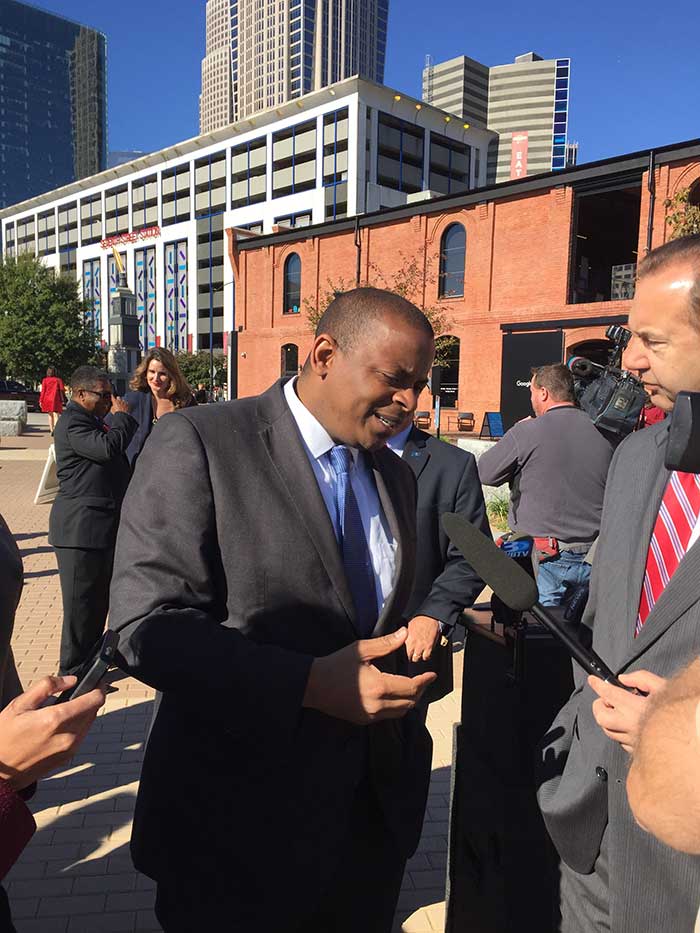 How much does the streetcar cost?

The first phase of the streetcar cost roughly $37 million. Of that, $25 million came from a federal grant, and Charlotte taxpayers picked up the remaining $12 million.

The second phase is much more expensive: $150 million. The cost is split 50/50 between Charlotte taxpayers and the federal government.

The city of Charlotte projects that it will cost $6.2 million per year to operate the full route when Phase 2 is completed. With expected ridership, the CityLynx Gold Line is expected to bring in $1.5 million per year from fares.

Yes, that’s a projection to lose $4.7 million per year. This isn’t necessarily unusual. Fares make up only a small percentage of the overall CATS budget, which leans more heavily on a sales tax allocation.

What complications has the streetcar brought with it?

From the beginning, the Charlotte streetcar has earned a reputation for being notoriously slow. Unlike the light rail, the streetcar runs in traffic and must sit between cars. Sometimes, the streetcar hits them.

“I tried to ride the LYNX Gold Line to get Uptown. I can walk faster,” Elizabeth resident Melanie Sizemore told the City Council last year. “This is not a reliable form of transportation.”

Construction has also impeded businesses. Construction along Trade Street has snarled traffic among a major route. 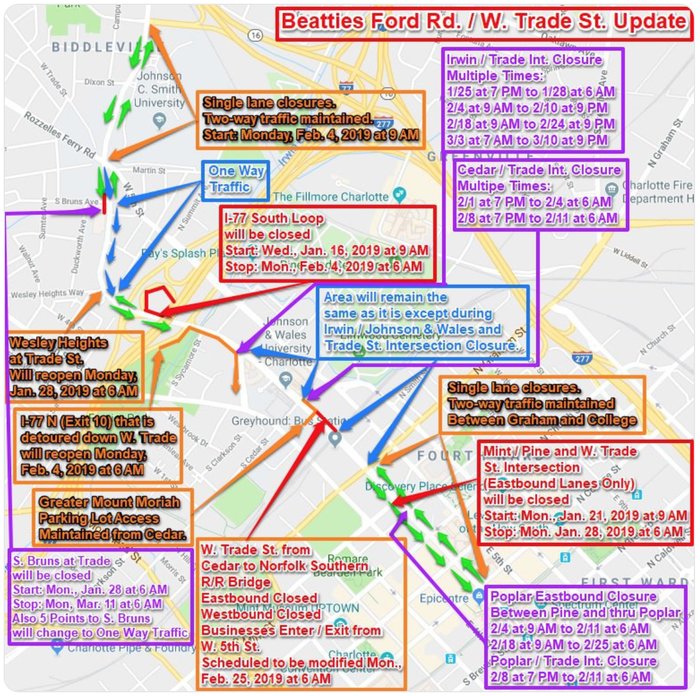 Gold Line-related closure map as of January 28. Image via CATS.

The biggest problem came to light in January, when CATS discovered that steel girders on the Hawthorne Lane bridge to Plaza Midwood were built improperly.

The street has already been closed since summer 2017 for construction and now crews may need to demolish the whole thing.

With mounting costs and construction issues, many Charlotteans have asked why the city went the streetcar route to begin with instead of extending light rail lines.

Initially, the thought was the streetcar was a lower-cost way to jumpstart economic development.

New plans from CATS CEO John Lewis now include light rail service through Uptown, west toward the airport and Gaston County and east down Independence Boulevard instead of the streetcar.

“We are taking a second look at the west corridor,” Lewis told the City Council in August. “The west corridor originally was envisioned as (bus rapid transit) and then over time it changed to streetcar. Now we believe that the best option is light rail heading out.”

CATS says there are currently not plans to tear up the streetcar for this new light rail.

Interestingly enough, when the second phase is complete, the streetcar will look almost exactly like the light rail. The city is ditching the old-school trolley cars in favor of a sleeker, more modern look. 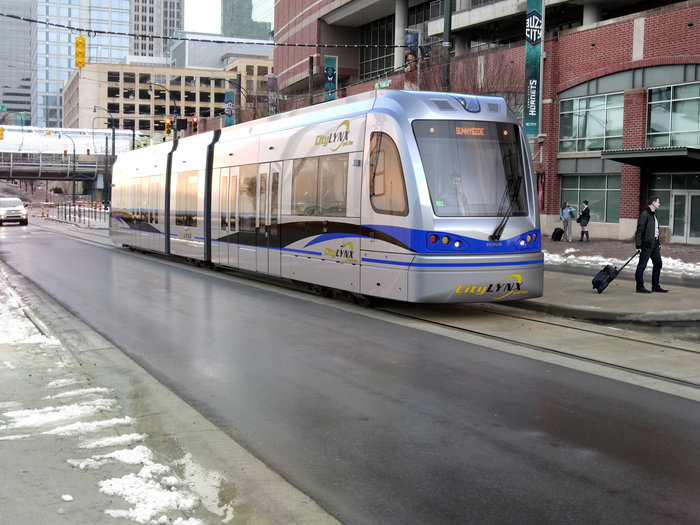 So, what’s next for the streetcar?

Luckily for taxpayers, the contractor is on the hook to fix the Plaza Midwood bridge. While it will likely be later than expected, Charlotte will almost certainly finish the second phase of the streetcar — bringing the line to 4 miles.

After that, it’s an open question.

The original plan would be to move on to phase three, which would extend the streetcar even further to the east and west. Councilman Larken Egleston pointed out in December that this would finally get the line out to where there is opportunity for new development.

But the City Council hasn’t had a real discussion about the Gold Line in nearly two years, and likely won’t until after this fall’s elections.

CATS appears to have already moved past the streetcar. Perhaps the council has as well. 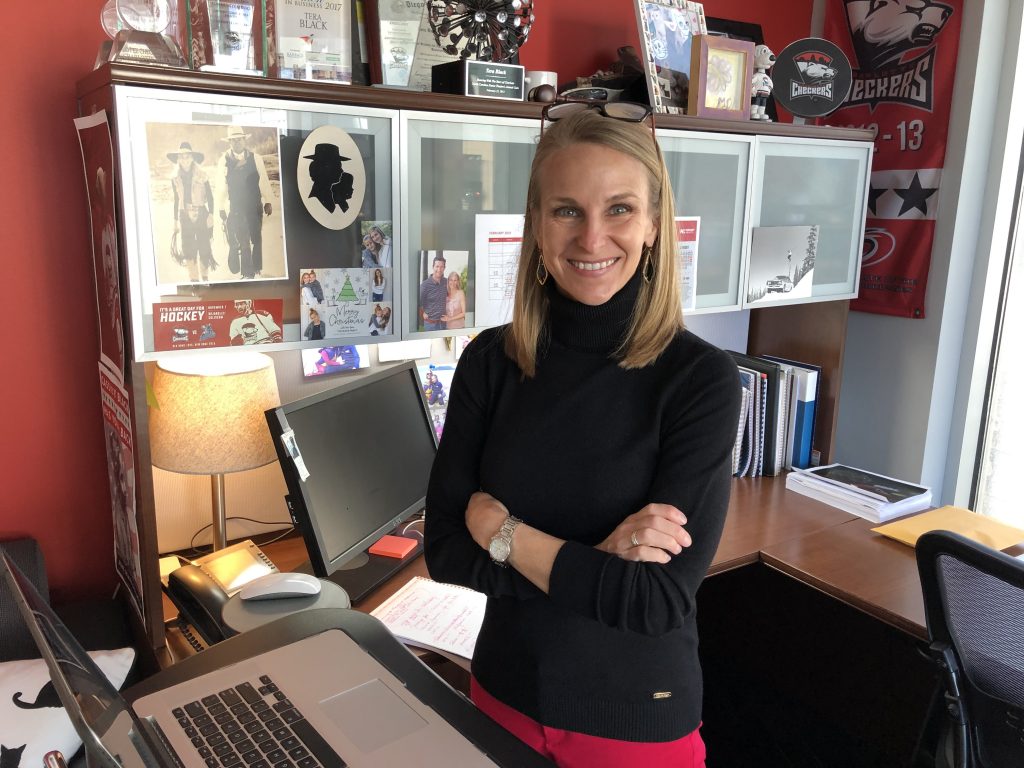 How I Work: 14 questions with Charlotte Checkers COO Tera Black