In response to: This Charlotte fixer upper is every millennial woman’s dream bachelorette pad

“This really resonated with me and I wanted to say thank you! I am a single mom and own a home in Madison Park which I’ve had completely gutted and redone for my son and I.” – B

“Why is this a story? I don’t understand. Middle class people going about doing normal things in life. Is it because she’s only 24?” – J

“It’s impressive she did it at 24. Our real estate market is nuts and people constantly complain they can’t afford anything. They can, but don’t always have the vision, time or a spare 30k. I would like more articles like this.” – H

“Yes, this is huge news for Charlotte! A chain furniture store building an almost 40,000 square foot showroom, what could be better. Nothing drives people to a shopping center like… coffee tables? Seriously, it’s sad to see certain places clinging to the 80’s and 90’s style shopping center theory of large chain anchors, other than grocery stores they just aren’t that important. What’s more important is good, fun, local restaurants. Look at the back lot of Park Road shopping center, does it need a national brand as an anchor. No.” – O

“Love the ‘European inspired’ look of these. They are so different than all of the other 4-5 story apartment/condos in the city that are a mix of light brick and gray or tan stucco – oh, never mind. Seriously, Charlotte developers, I know this city has the taste of a boring 40-year old bank middle manager that dreams of being a 65-year old retired former bank middle manager but come on, build something that looks interesting or classic. Boring should not be such a dominant motif.” – O

In response to: Charlotte gets sticker shock as new property values go online

“Democrats love taking peoples money. This wouldn’t be happening if you folk had elected Republicans.” – C

“So everyone wants to sell their houses for astronomical values indefinitely but not be be taxed more? I get it. Taxes suck. Looking at housing prices though it can’t be a total surprise this was going to happen eventually.” – W

“My tax bill is going up 46%. I agree not to appeal if the county agrees to start paying teachers a living wage.” – F

“Mine jumped $100k.  It’s definitely still less than I’ll sell it for this year, so I can’t really complain. – A

“If you want nice things like light rail expansion, we have to pay for them.” – N

“This revaluation will cost the County hundreds of thousands of dollars like it did the last time since so many appeals will be filled. A review of the process will once again be mandated. These numbers don’t match to comps. Seems that the County is over-inflating values in hopes that people will be too lazy to fight.” – L

“This will be the first example of a city run by one party. No chance this is revenue neutral. One step closer to becoming Detroit.” – S

“If affordable housing is really a priority, these amounts will adversely affect everyone since increased taxes will be passed on to renters who need lower rental rates. The County Commission has already started providing comments in a campaign to justify moving away from revenue neutrality; not shocking given its lopsided makeup. Hang onto your wallets, Charlotte! – L

In response to: Unique to the neighborhood – Modern mansion near Freedom Park asks $3.29 million

“Cool, but where would we put the Peloton?” – B

“I love this house, walk by it daily. Location is the issue. I hope it sells and I love the other modern homes near it but think privacy for this price is a concern.” – A

In response to: Midtown to get its first brewery inside refurbished 1926 building

“Yes!! Thank god there’s finally a brewery in Midtown! Because the 10 you pass to get to Midtown are old news and not cool anymore.” – J

“I know the building. Sure, it’s there’s a Dominos there, but the building is an awesome shell and I hope they invest a ton of money into doing it right. I like that it’s urban and not the typical warehouse vibe.” – J

In response to: How much do Charlotte influencers actually make?

“If the lowest dollar value per post for these ‘influencers’ is $300, I have a hard time saying that ‘working’ 3 hours to take an Instagram picture is anything other than easy.” – F

“If you ever need a take from a men’s brand let us know. Now that’s a tough world and full of fake accounts and only a few legitimate ones that provide an ROI. We actually have used women’s influencers! We do something for their significant other that they document as a one off from their normal post!” – B, owner of a men’s clothing store

In response to: Sleep under the stars in a geodesic dome 2.5 hours from Charlotte

“I would hope for a thunder storm! Would be very cool to watch it from in there!” – D

“I learned my lesson about this from the Fyre Festival documentary.. Not gonna happen.” – J
“Only way I’m camping!” – L

“Who are these people that relocate to Charlotte and are just blown away by its character and charm? Where are they coming from that their perspective shines such a positive light on this place? Syria? The Ukraine? Basically anywhere in Ohio? I would be livid if I was promised a destination wedding and upon opening the invite discovered we’d be going to Charlotte-mother-f***ing-North Carolina. I guess the silver lining is that there is an airport hub here? As a qualifier for the harshness, I am a Charlotte native – not a proud one, mind you – and a reluctant current resident.” – N

In response to: Why I removed the Elevation decal from my car

“Growing up in Charlotte I never realized why the south is called the bible belt – then I moved away. When I returned I was shocked at how integral churches are to people’s identity, how churches recruit new members, and how religion dominates so many conversations.” – L

“I can see why you millennials can’t get settled down, you talk about all this stuff on the first date?” – L

“I don’t have a church sticker on my car because I drive like a bat out of hell 98% of the time. I’m pretty sure my church would appreciate me not having their sticker.” – K

“I wouldn’t want to drive around with a cult sticker on my car, either. No wonder he’s having a hard time dating.” – M

“You should never be ashamed of your faith! Especially on a first date! If your core morals and beliefs don’t match up, it’s just not going to work out. There are plenty of single women who would love to date a ‘really religious’ man. This makes me sad.” – L

In response to: 6 best Greek restaurants in Charlotte

“I hate to break it to you, but Yafo is not Greek! It’s Israeli/Mediterranean. And zeitouni although is amazing, thats Lebanese. As far as the rest of them, my favorites are Estia’s Kouzina, Ilios Noche, Little Village Grill and Mad Greek.” – Y

“I know it’s not ‘Charlotte” but gateway to Athens in Concord has the best Greek food I have ever had. It’s family owned, all “grandmas” recipes and grandma is cooking in the kitchen. It’s super authentic. – J

In response to: 8 things to know about The Crunkleton, the #1 hottest bar in Charlotte right now 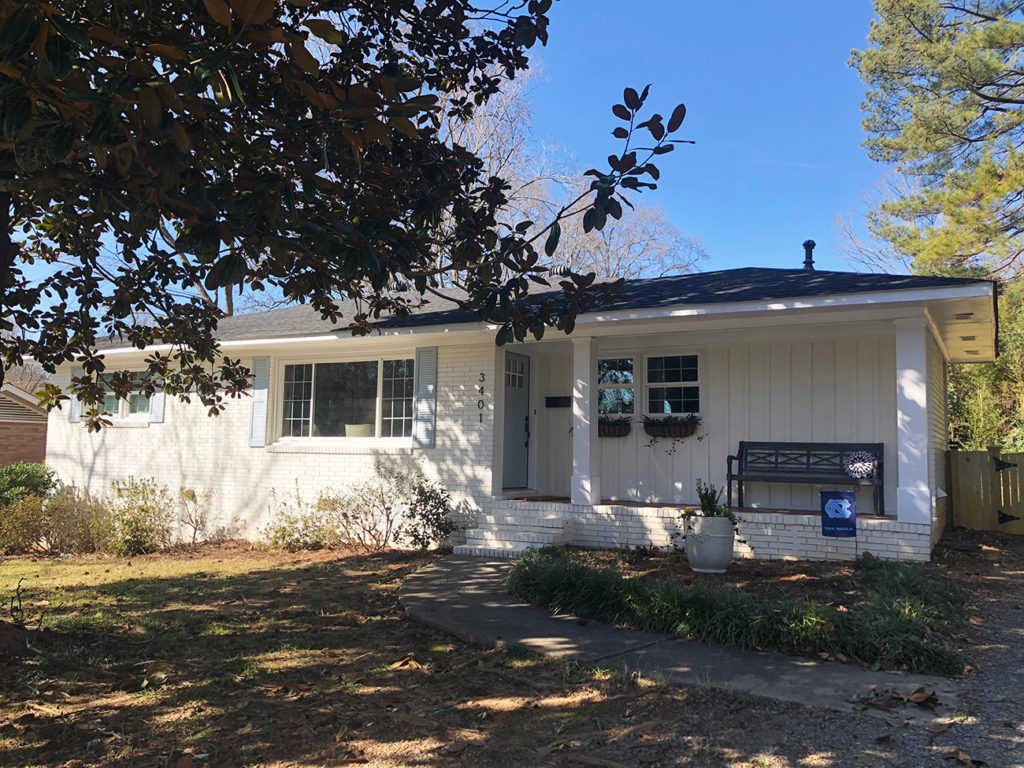