4 quick things to know about The Manchester, opening within the next week in South End

The Manchester, a new restaurant from the ownership team behind Essex, will quietly soft open in the next week in South End. It’s located at 1812 South Boulevard in the space formerly occupied by The Liberty. Here’s what to expect. 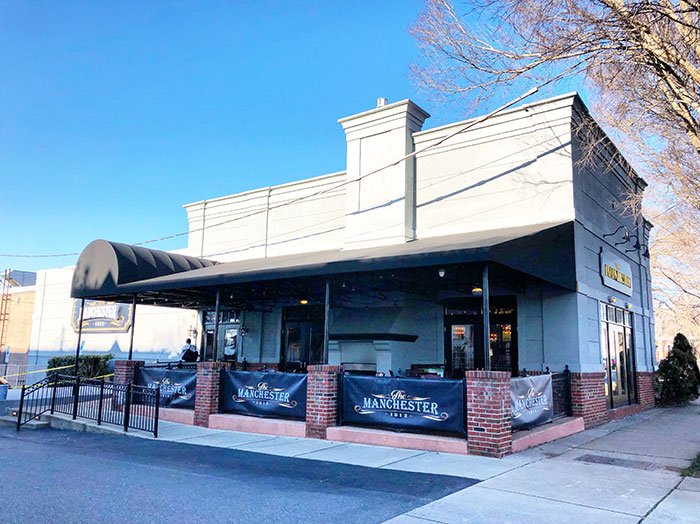 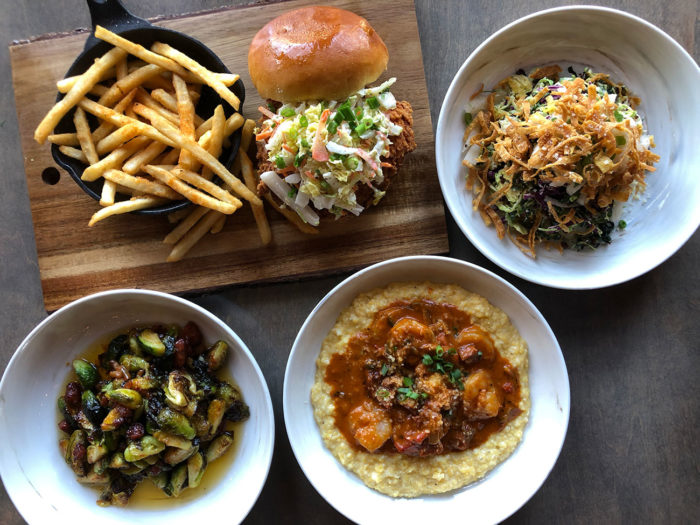 The Manchester is equal parts restaurant and bar.

If you visited this restaurant when it was The Liberty, you know the dining room is to the left and the bar is completely separate off to the right, giving you the option of two distinct experiences.

The bar, dripping in gold and crystal birdcage chandeliers, has lounge seating around the fireplace and a few high-top tables and booths. It also opens out to a patio with additional outdoor seating.

In the back, the more formal sit down dining area is dimly lit with yellow and blue light displays that give it a cozy, escapist feel. 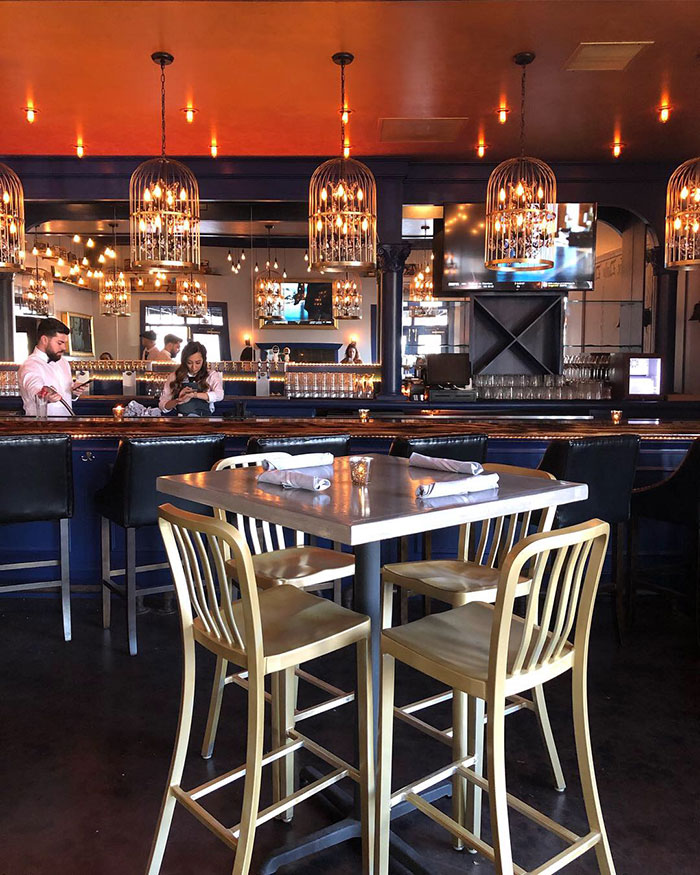 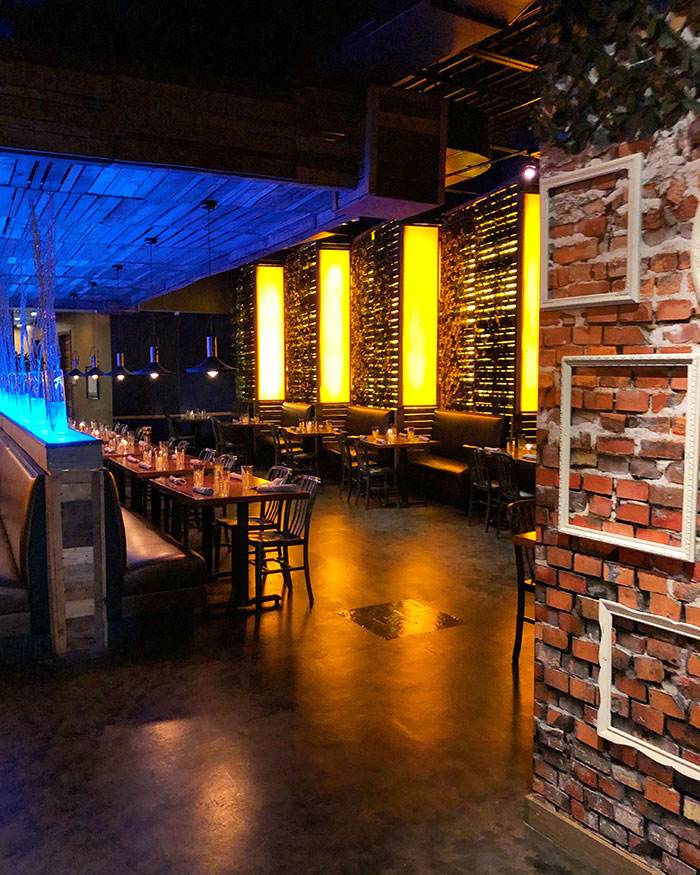 The menu is “new American with English flair” — including everything from a fried chicken sandwich to fish and chips — but you’ll see a range of other international influences, too.

Chef Haim Aizenberg is the same creator behind the menu at Essex in Uptown. But unlike Essex and its shareable small plates approach, The Manchester is dishing out full-size entree portions. Look for dishes like 12oz ribeye, cheesy shrimp and grits and a braised short rib sandwich.

The kale and brussel salad topped with candied pecans, wanton chips, Korean pear and apple cider vinaigrette is easily one of the best salads I’ve had. 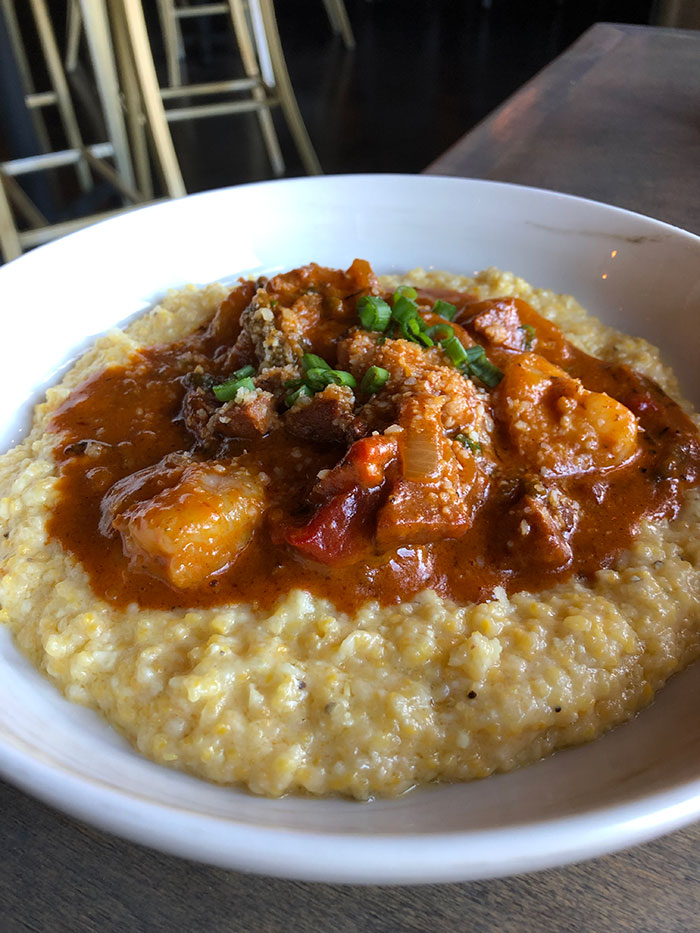 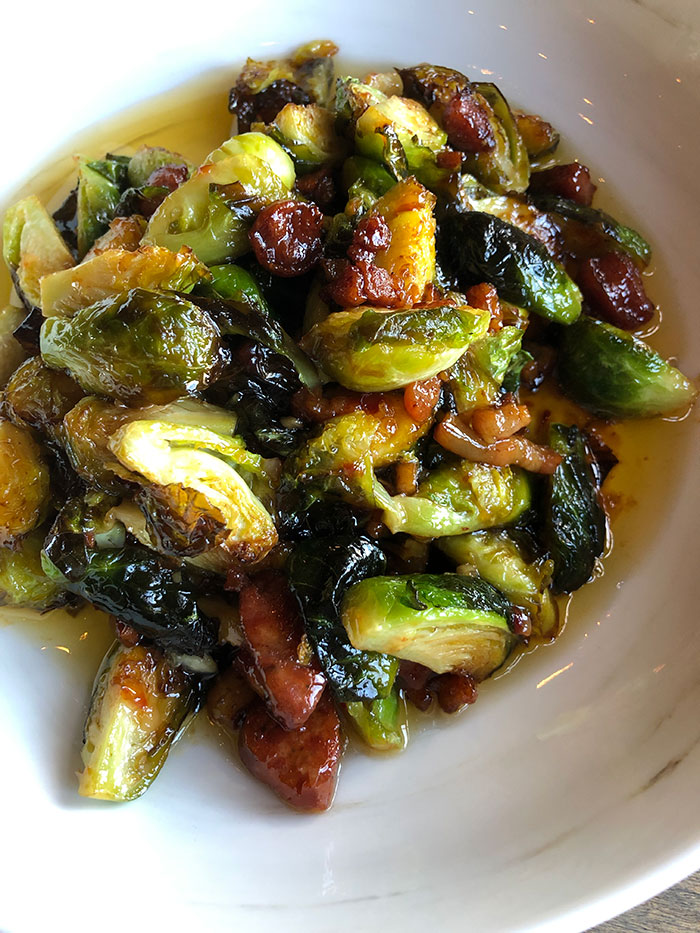 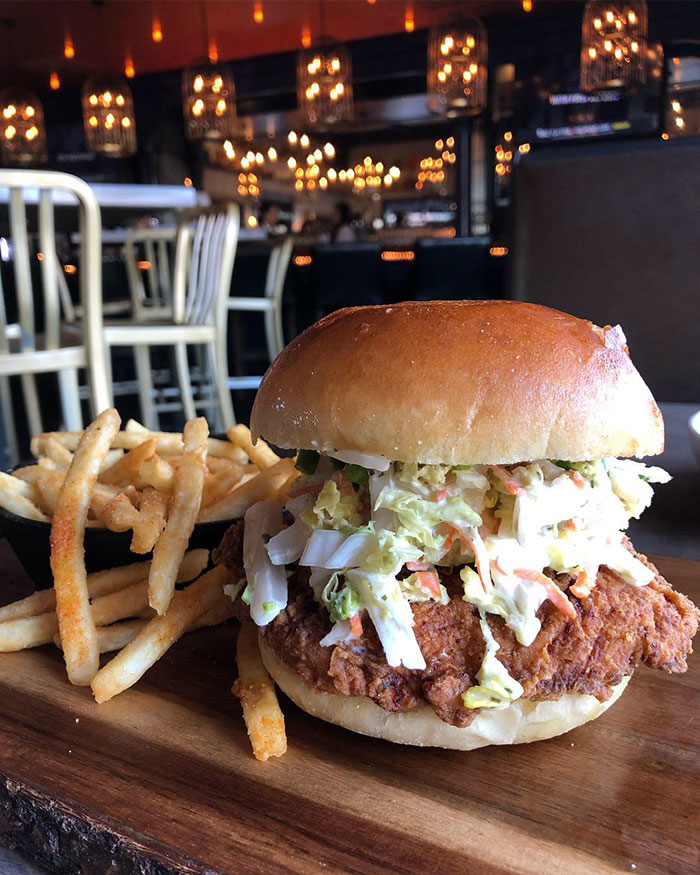 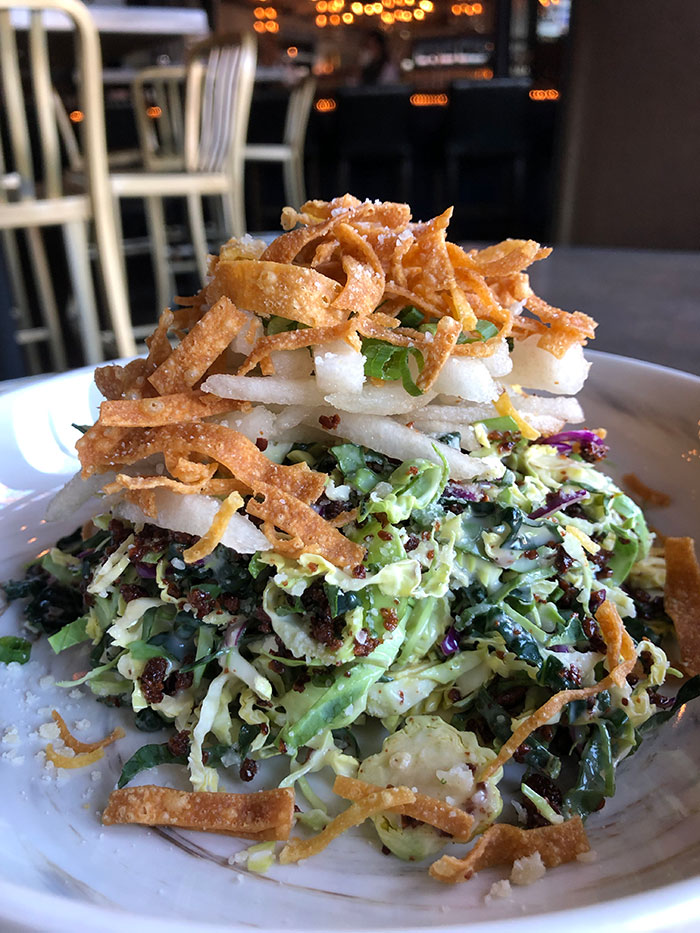 A pink neon sign greets you at the entrance with the words “You are exactly where you need to be.”

A wall-mounted iPad will create an irresistible photo op for you and free social advertising for them. “We want everyone to associate that sign with this space,” owner Pete Lloyd told me. 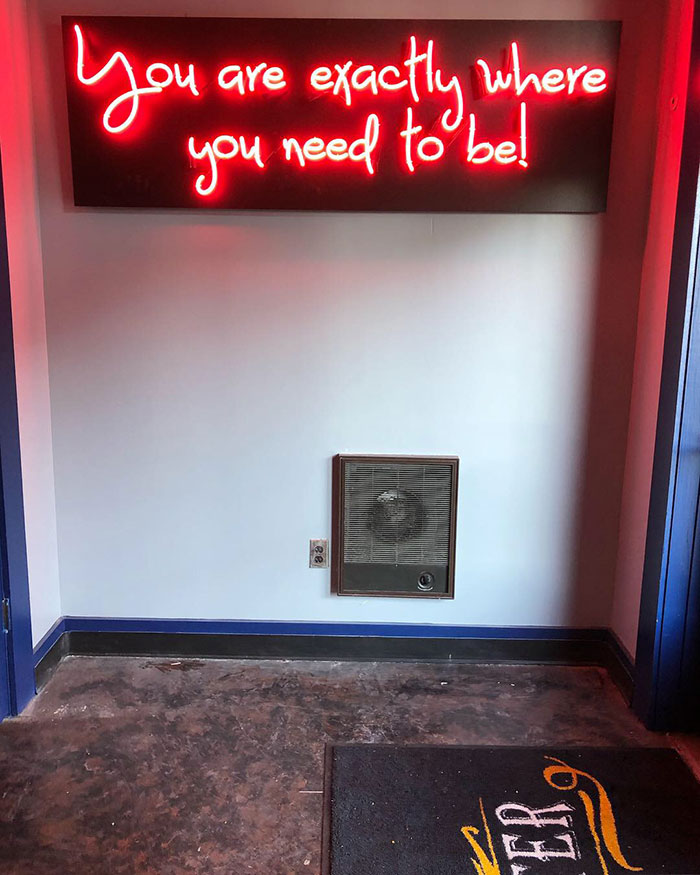 You’re going to want an invite to visit the underground lounge below the restaurant.

The Manchester will be running a password-only speakeasy under the restaurant called Room 1812. It’ll quietly open in the weeks after the main operation gets up and running.

A hidden door in the restaurant will lead you down a flight of stairs to a 1920s-inspired lounge with a gilded ceiling, large bar in the center of the room for access from all sides and a DJ booth for late-night action on the weekends.

The password will change daily so you’ll have to stay on your toes to get in. 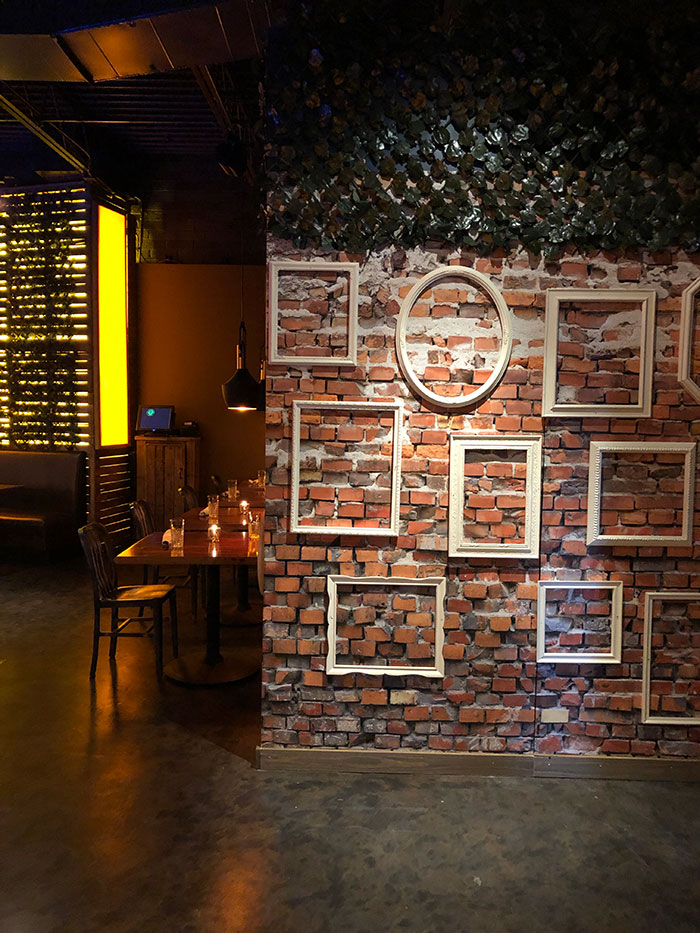 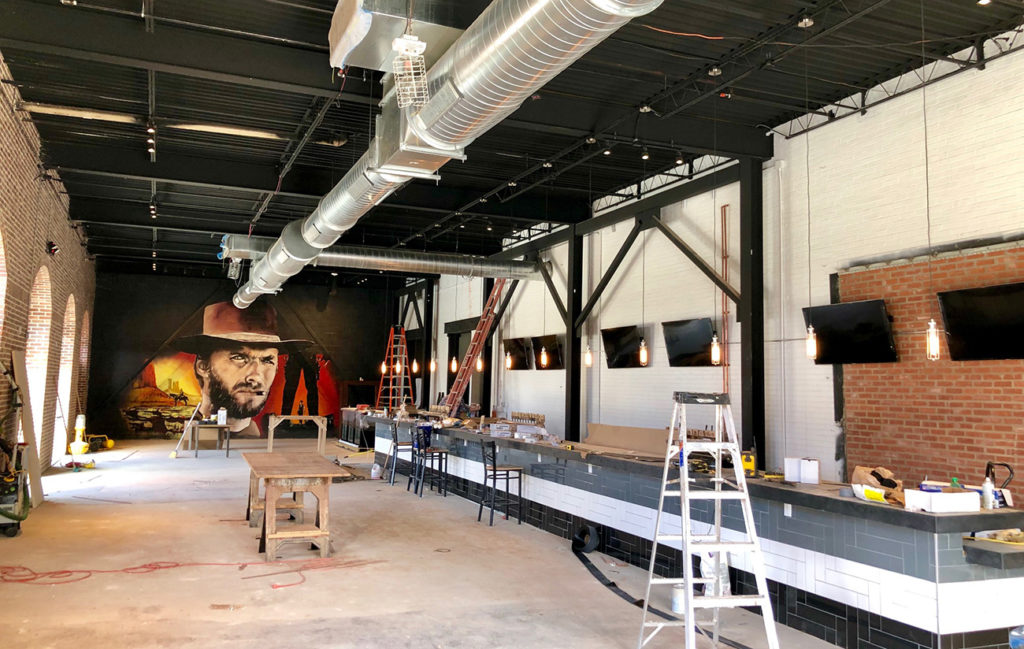