How the proposed high-speed train to Atlanta would transform Charlotte 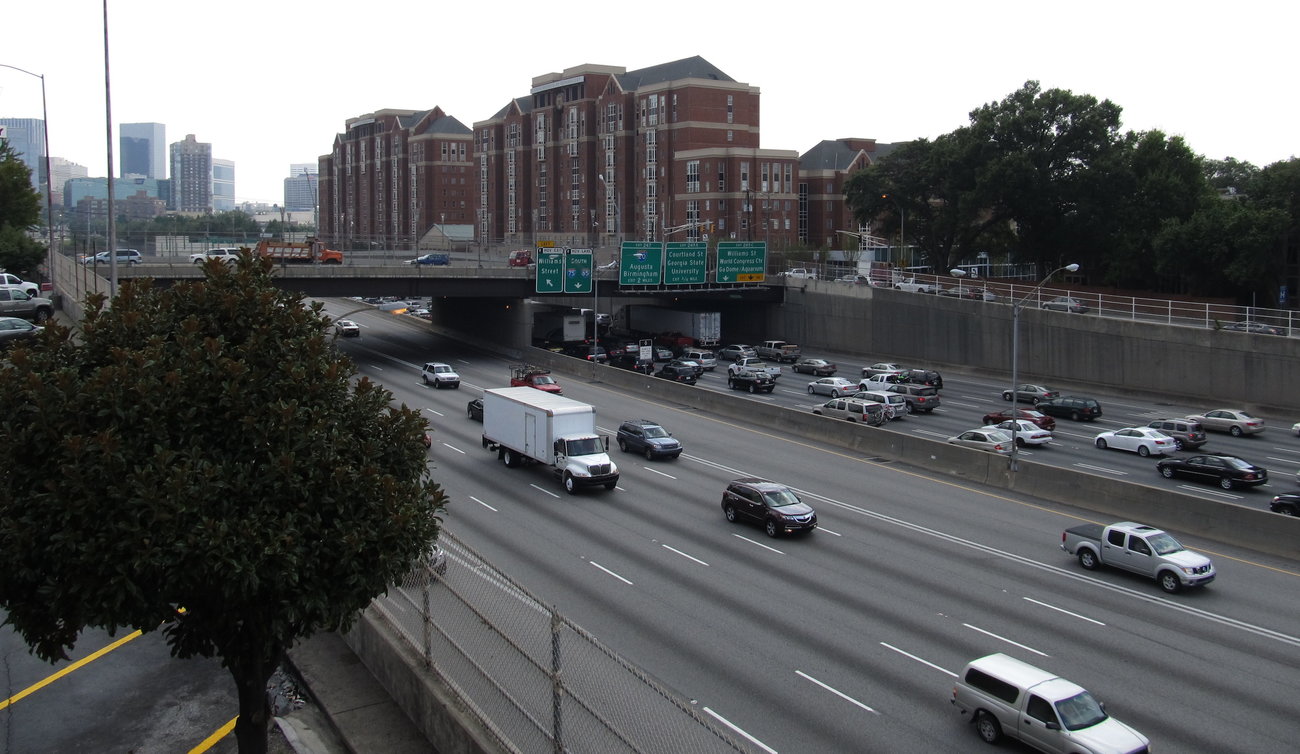 A billionaire is bringing high-speed rail from Charlotte to Atlanta a step closer to reality.

For at least two decades, urban planners in the Southeast have been salivating over the prospect of a high-speed train line between Charlotte and Atlanta.

Actually linking the two capitals of the New South has made slow progress, however.

Sir Richard Branson could change that. He’s behind a new company called Virgin Trains USA that wants to build high-speed rail linking major metro areas of the country. The first one will be in south Florida — but Charlotte is on the list of potential expansions after that.

The federal government has been looking at high-speed rail between Charlotte and Atlanta since at least 1998.

The Department of Transportation has even gone so far as to map out some potential routes that would run through Clemson or Anderson in South Carolina before crossing the border into North Carolina. The department also ordered up some environmental impact statements. 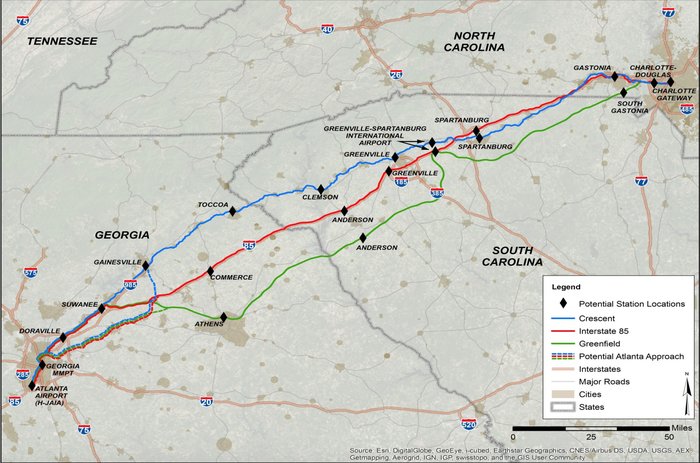 Enter Virgin Trains USA. The company has filed for a public offering, claiming to be the first private intercity rail network in more than a century. The idea is to solve the “too long to drive, too short to fly” problem.

The company is already under construction on a Miami to Orlando route (with $100 tickets), and has announced plans for a California to Las Vegas line, pending federal approval.

Charlotte is on the list of future expansion after that.

Image via the Virgin Trains prospectus

How likely is this to happen?

I’m not going to count Branson out, but it’s going to take a long time. The Miami to Orlando route isn’t expected to be operational until the first quarter of 2024, according to the IPO prospectus.

The Charlotte to Atlanta route is a little ways down the list from that.

Then there are the significant hurdles of acquiring land, getting federal approval, building stations, and numerous other steps. We’ve seen how long it takes to build light rail within one city. Imagine getting dozens of cities and towns to cooperate.

How would this change Charlotte?

Even though this is a minimum of 15 to 20 years away, it’s hard not to get excited about big ideas like this. Anyone who’s traveled in Europe understands the potential high-speed rail has. Here are several ways a Virgin Trains line could affect Charlotte.

I-85 is less of a nightmare. The high-speed rail would not just serve Atlanta to Charlotte travelers. Several stations in between would help siphon off traffic currently taking the interstate each day.

Airport gets less congested. The same goes for Charlotte Douglas International Airport. Today, there are nearly a dozen direct flights each way between Charlotte and Atlanta per day. Both Charlotte and Atlanta’s airport are among the busiest in the world. This could help, and help keep costs lower.

Greenville-Spartanburg gets hot. This part of South Carolina is already booming, and a Virgin Trains line would throw gasoline on the fire. Virgin Trains is expecting to pursue “economic development opportunities” in cities where it builds stations, and this would certainly be a boon for the Upstate. Depending on the route the train takes, it could also give small-town South Carolina and Gaston and Cleveland counties in North Carolina a boost.

Connection to DC and the North. The Atlanta to Charlotte line is one of several federally identified corridors for high-speed rail. If it turned into a success, you could count on further connections up to Washington, D.C. — currently a beast of a drive from Charlotte. 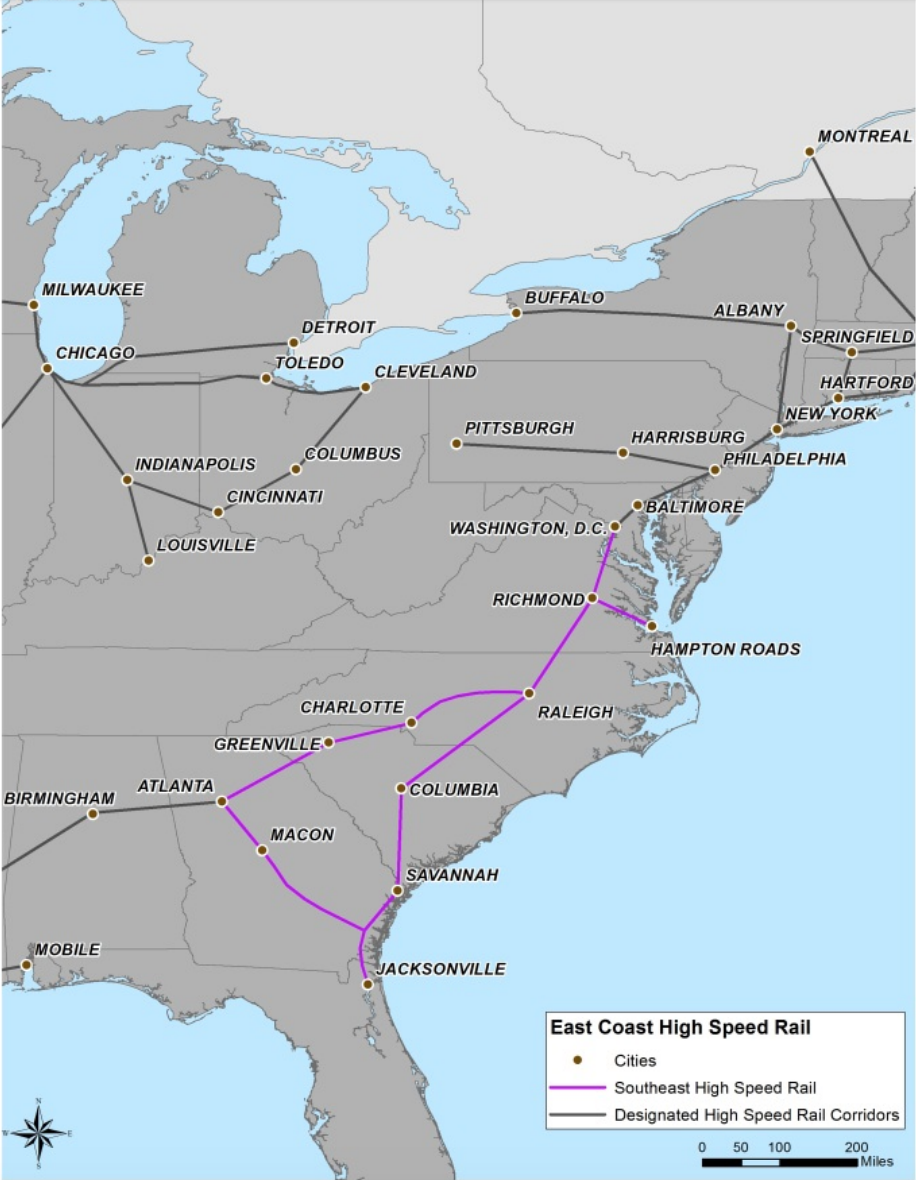 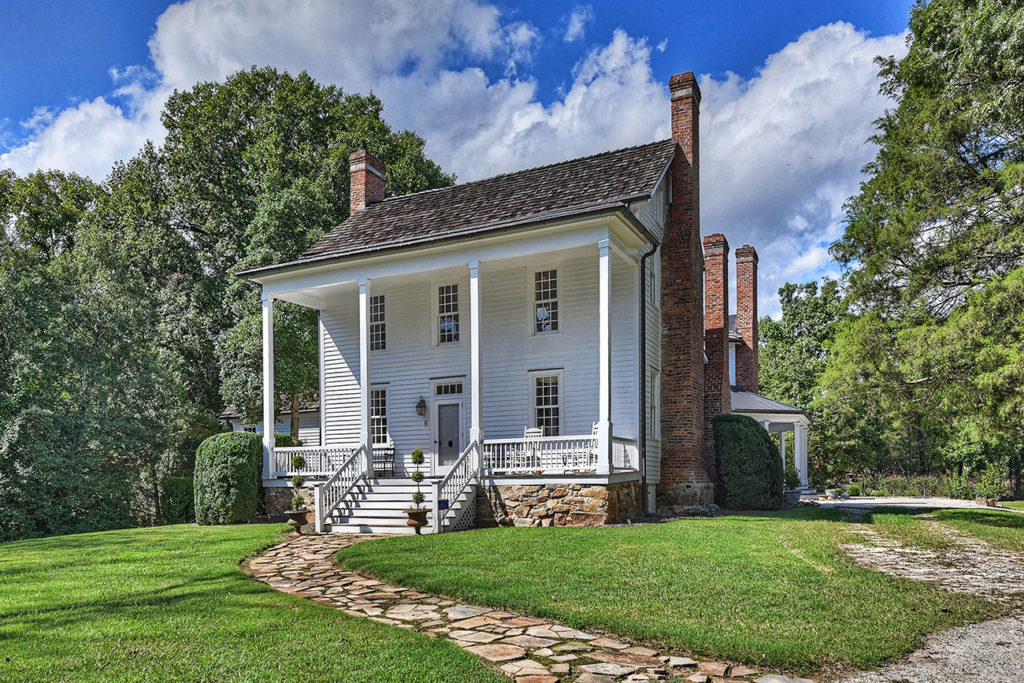