Here’s to the summer that just wouldn’t end 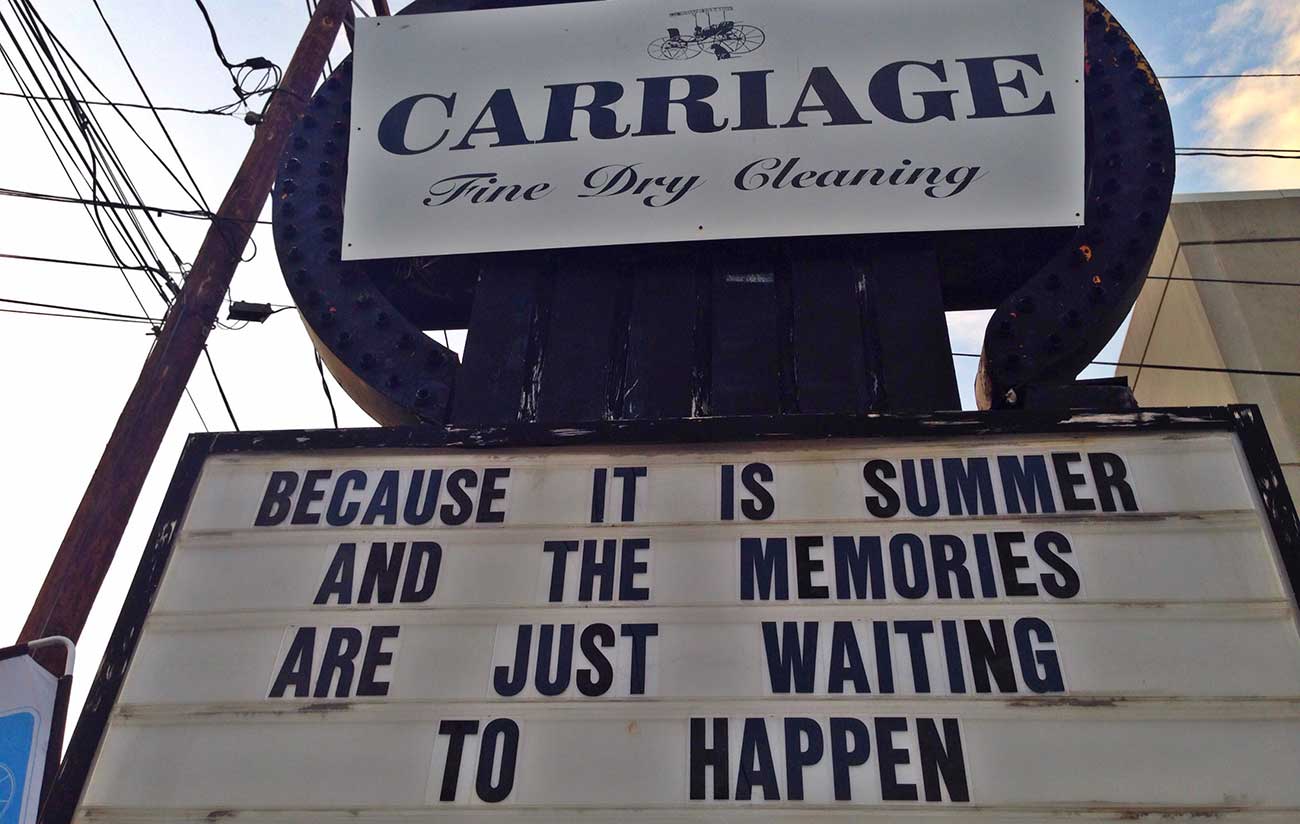 For a lot of Charlotteans, the Summer of 2015 will be unforgettable.

Some got tipsy at Charlotte Knight’s games:

At the @KnightsBaseball game with my killer family. #baseball #beer @NoDaBrewing #craftbeer pic.twitter.com/3kQnekEb79

Some went to concerts:

And others just lounged by the pool.

Just like these Charlotteans, I will never forget the Summer of 2015. And that’s because this summer has been one of the worst summers of my life. To prevent making this article a Stage I pity party, I’ll keep the details brief: At the beginning of summer my pup passed away. One month later, my grandfather.

Even with that hair, that lipstick and that horrible choker… he still didn’t judge me. Salunga to the best grandfather and lunch date a girl could have. A photo posted by Mary Gross (@grossmf) on Jun 19, 2015 at 8:36pm PDT

One month after that I watched someone I care about and admire suffer a massive heart attack.

No, this has not been my summer.

An average summer for me would look a lot like the Charlotteans above. I usually spend a lot of time hiking, going to concerts and drinking beer. But this year, I spent a lot of time alone.

Here’s a nice snapshot of how I spent most weekends:

Who needs sleep when you’ve got Amy? pic.twitter.com/kWDFab2hw5

The more my friends pushed me to go out, the more I pulled away. I skipped out on all the summer things I would normally enjoy: bar crawls, housewarmings and even bachelorette parties.

The nights I did manage to slap on some mascara and go out weren’t any better. I felt like I was putting on a mask, parading around pretending to be fun-Mary. The Mary that parties hard, does the “acid dance” and gets mad when Jet’s Pizza isn’t open at 2am. After I got home and the mask came off, I was left exhausted and even sadder than before.

But then something cool happened: My little brother moved to Charlotte.

In fact, he moved right onto the couch of my one bedroom apartment.

What could have been a total disaster turned out to be the exact thing that I needed most. When I tried to lay in bed and wallow, Gene had none of it. He forced me to change out of my jammies and actually go outside.

The weirdest part about these outings was hearing him rave about all the Charlotte things that I’ve since taken for granted.

He was ecstatic when he found out that even affordable apartments have pools. He couldn’t stop talking about the wings at Moosehead. And the fact that most breweries offer yoga and run clubs? I still don’t think he’s wrapped his head around that one. Gene’s excitement started to rub off on me. I found myself leaving the refuge of my apartment and discovering Charlotte all over again through his eyes.

And sure, it’s not a lot of fun sharing a bathroom or dealing with his weird sweet potato obsession. (Who needs this many sweet potatoes?) But, I have to hand it to him; my brother got me back to being me. The other night we went to the Roxbury where I danced my face off and took some weird shot with whipped cream in it. We celebrated his new job by carbo-loading at Portofino’s. I even agreed to go to Tuesday Trivia at Jackalope Jacks where I helped my team lose miserably.

Now that I’ve come out of hibernation, I don’t regret the time I spent at home. I think we all need time to pull away when bad things happen. Time to cry, time to think and time to grieve the way we need to grieve.

But all hibernations must come to an end. And that’s when we need someone to pull us out of our hiding places, dust us off and push us back into that dimly lit 90’s dance club. And that’s exactly what Gene did.

Sure, I’m ready for the Summer of 2015 to end. But you better buckle up, Charlotte, because I’m back. And what do you know? I’m just in time for tailgate season.

by WTF We Vote
Most Recent Open Jobs