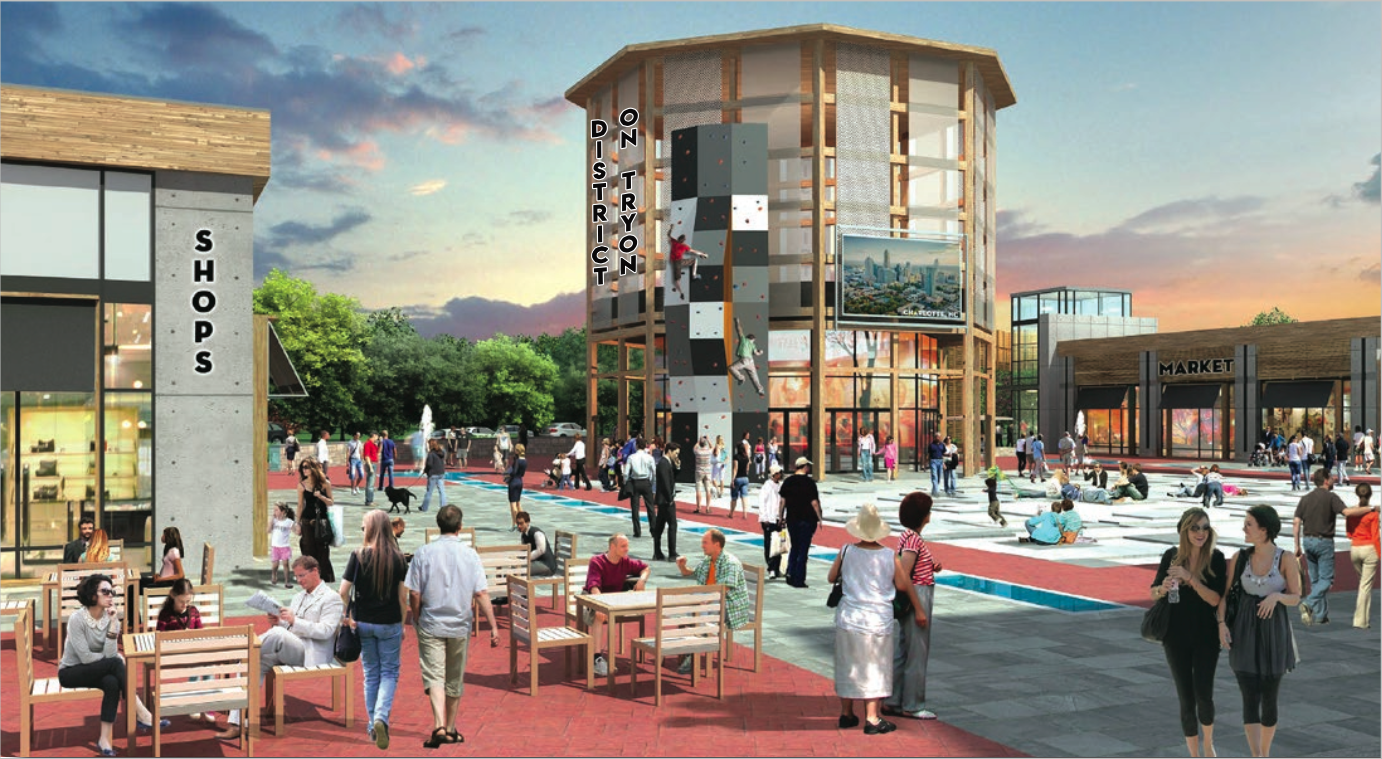 Neighborhoods like Yorkmont are seeing home prices rise precipitously. Ayrsley is booming. Sealed Air has built a dynamic new headquarters down there and the former site of the Charlotte Coliseum is becoming a town center. 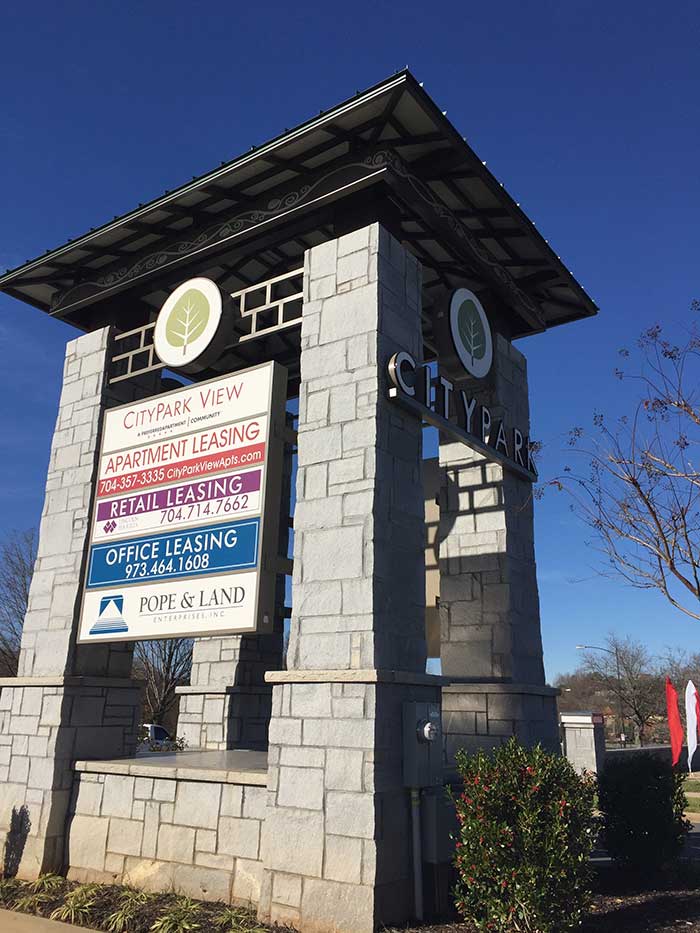 Also known as “District on Tryon,” this development being marketed by The Nichols Company is billing itself as “next-generation retail” right at the underutilized intersection of Tryon and Tyvola.

This 75,000-square-foot commercial space on 11 acres will have as its centerpiece a movie screening area, putt-putt
course, rope swings, a rock climbing wall and pet playground.

Renderings via The Nichols Company 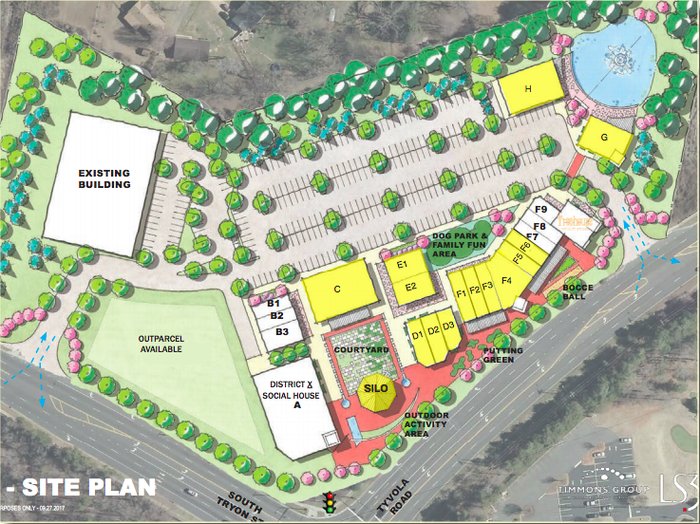 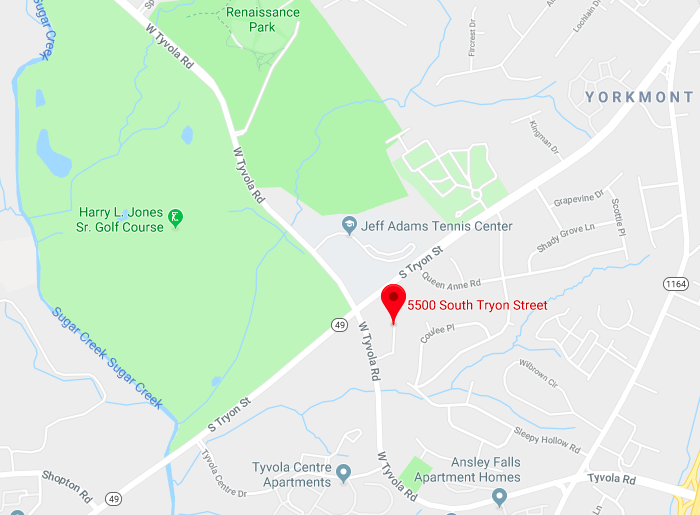 The site plan already has room for a “District X Social House,” which is described as a series of “culinary experiences.” This sounds like it could be in the food hall mold of Optimist Hall.

There’s also a slot for Treehouse Whiskey & Fork, the SouthPark restaurant that recently rebranded as Treehouse Bourbon & BBQ. But it appears that the idea is to draw secondary location for popular spots.

District X is expected to deliver in summer 2019. 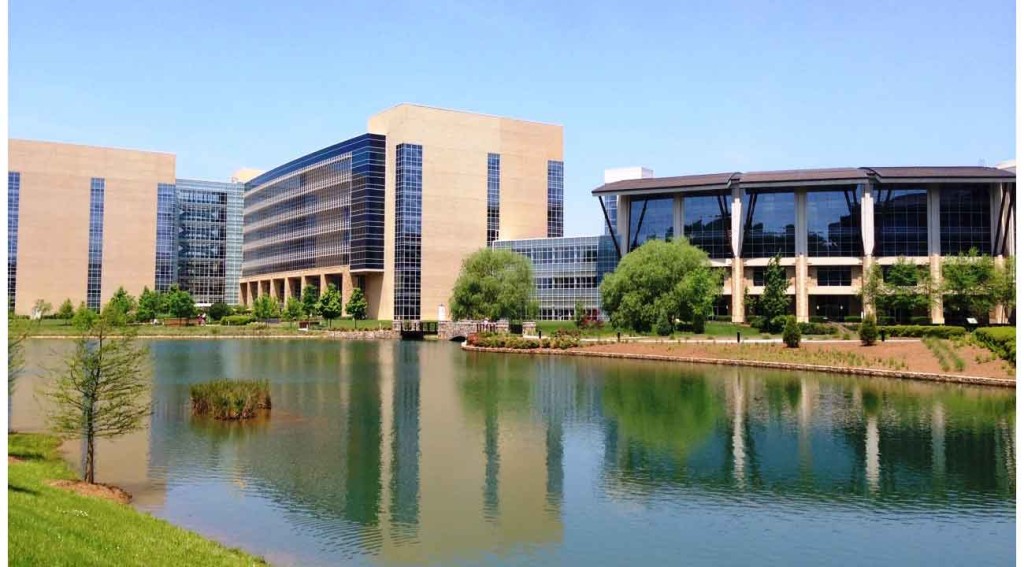