Meet the Axios Charlotte’s inaugural Parents of the Year 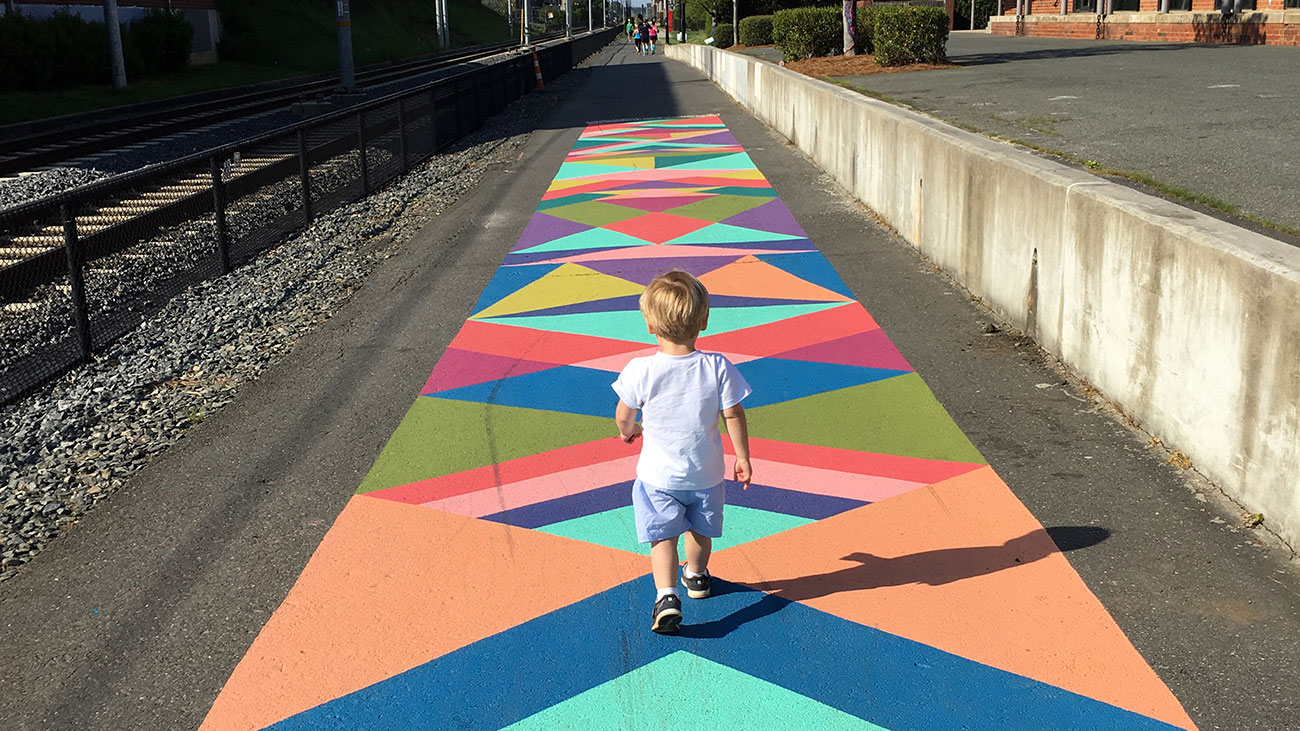 Axios Charlotte Parent of the Year is proudly presented by OrthoCarolina,
the destination for comprehensive pediatric orthopedic care.

Earlier this year, we set out to recognize a remarkable mom and an exceptional dad who are raising the bar for parenting in our city. The stories we heard from Agenda readers were incredible.

We chose to honor two parents this year whose paths have not gone the way they expected — but both have shown remarkable resilience and commitment to their families through it all. We’re proud to share their stories with you.

April Robson, Mom of the Year

When Baby Charlotte didn’t immediately start walking at a year old, April Robson wasn’t overly concerned. The pediatrician wasn’t fazed, and after all, every child develops at her own pace.

“I just kind of pumped the brakes on any kind of anxiety or worry,” said April, age 36.

But 12 months turned into 13, then 15, then 18. Charlotte was crawling, pulling up and cruising, but still not walking.

Then in last year’s Christmas photos at SouthPark mall, April noticed that her daughter’s eyes were crossing. That, combined with the delayed walking and the onset of other developmental regressions, led to weekly physical therapy, eye surgery, x-rays, bloodwork, genetic testing, an MRI, an EEG, and ultimately an emergency room visit for a repeat MRI. All the while, April was pregnant with the family’s third child.

On July 31 of this year came Charlotte’s devastating diagnosis: leukodystrophy, a rare progressive genetic disease that affects the brain and spinal cord. After months of tests, the Robsons had their answer.

“You wish you could go back to just not knowing,” April said. “We’re still kind of adapting to that new normal.” 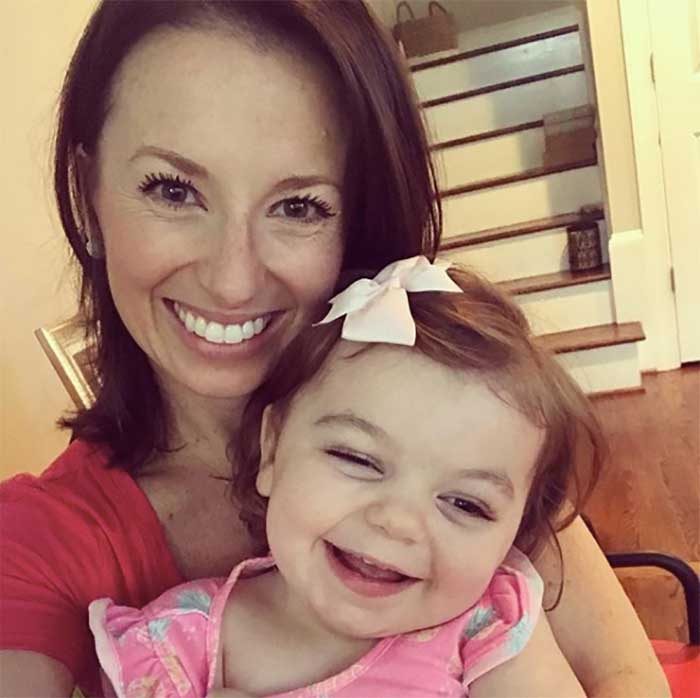 It’s required a rapid and dramatic shift for the Robson family, which came together in a classic Charlotte love story. Both moved here in the early 2000s pursuing jobs, and they met at Ed’s Tavern after being set up by friends in 2008. Three years later, they were married. Baby Camille came first, and she is now 4 years old. Charlotte came a year and a half later, followed by Lochlan this past summer.

April has made the conscious decision to try to make Charlotte’s life as happy as possible. She’s chronicled the journey along the way on Instagram under the account Charlotte’s Joy. The emphasis is certainly on the joy. The feed is full of pictures of dancing, music and laughter.

That attitude has made her stand out for several Axios Charlotte readers.

“She has shown such incredible grace and poise while navigating such an impossible situation,” wrote one nominator, who asked to remain anonymous. “I have heard from so many moms (myself included) how seeing April navigate this situation with such love, grace, and such a powerful commitment to filling her daughter’s days with joy has inspired them to be better, more grateful, more patient moms.”

Though caring for Charlotte consumes an extraordinary amount of time, April makes sure her other children are feeling special.

Camille is a classic girly-girl, naming her dolls things like “Beauty Sparkle Magic” and dressing up in glitter and jewelry. And Lochlan is an easy-going baby who at 4 months is already sleeping through the night. He loves to eat, and has grown so quickly that his grandma coined the nickname “Linebacker Lock.”

A few months ago, April was speaking with a mother whose child is also battling the same illness as Charlotte. April gave her one piece of advice: “Our children look up at us, and they either see a mom who’s crying in her pillow or dancing with them in the kitchen.”

April made the decision to be the latter. That’s why she’s the Axios Charlotte’s Mom of the Year.

Want to help April and Charlotte? There will be a pop-up fundraiser on November 3 at Peculiar Rabbit. Details. The family also has a GoFundMe set up to help with medical expenses. 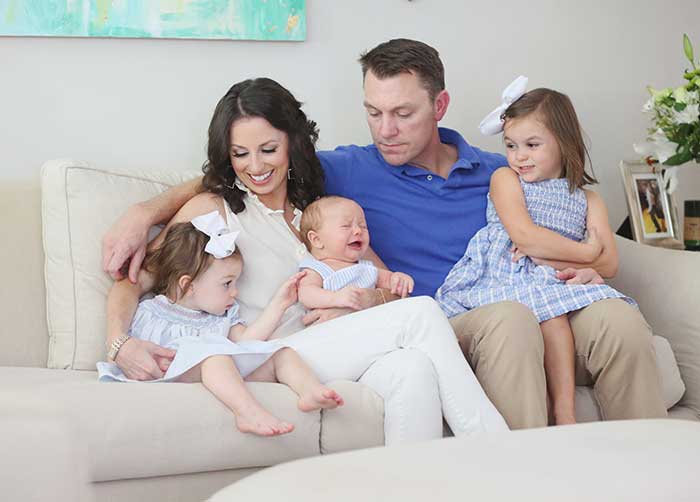 James Ross, Dad of the Year

When I catch up with James Ross, I hear the noises of a gas station in the background. He’s not filling up his tank, though. It’s his son Parker’s favorite game, and I’m stealing his dad’s time away from it.

This wasn’t always the plan, the full-time dad thing. But if it weren’t this way, “Knowing what I know now, I would be completely missing out,” he says.

James, 35, and his wife Kendra moved to Charlotte from Ohio in 2010 after falling in love with the city during pitstops on the way to the beach.

He sat for the CPA exam, passed it, and took a job at PwC. James got super into running and was in the best shape of his life.

“I was a young professional and thought I had everything figured out,” he says. 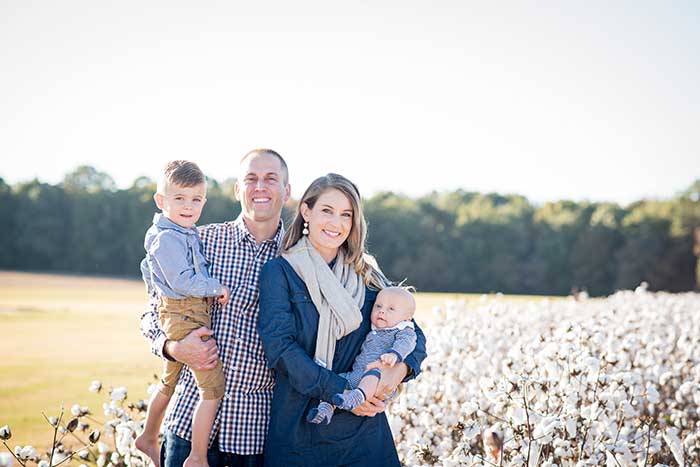 Then in the summer of 2013, at 30 years old, James suffered a hemorrhagic stroke, also known as a brain bleed. It was an exceedingly rare condition for somebody at his stage of life — his doctors told him it was a 1 in 300 million chance.

James spent weeks in the hospital learning to walk again and rehabbing. He emerged with a new mindset.

“It just really changed my perspective on things and what I value,” James says.

He still feels some of the effects, most noticeably in his vision. Staring at Excel spreadsheets was no longer in the cards. So James threw himself fully into being a father. Son Parker is now 4 years old, and Baby Ryan just turned 1.

Some things don’t change: the sleep deprivation of young children rivals the busiest season at work. But now James relishes being in the moment.

Parker loves to do Soccer Shots and playing sports at the YMCA. Ryan is obsessed with trucks. Together, the three of them love going for walks on the greenway and taking trips to the playground.

“It’s amazing to see them, just watching them experience life and trying to be present and give it your all,” James says. 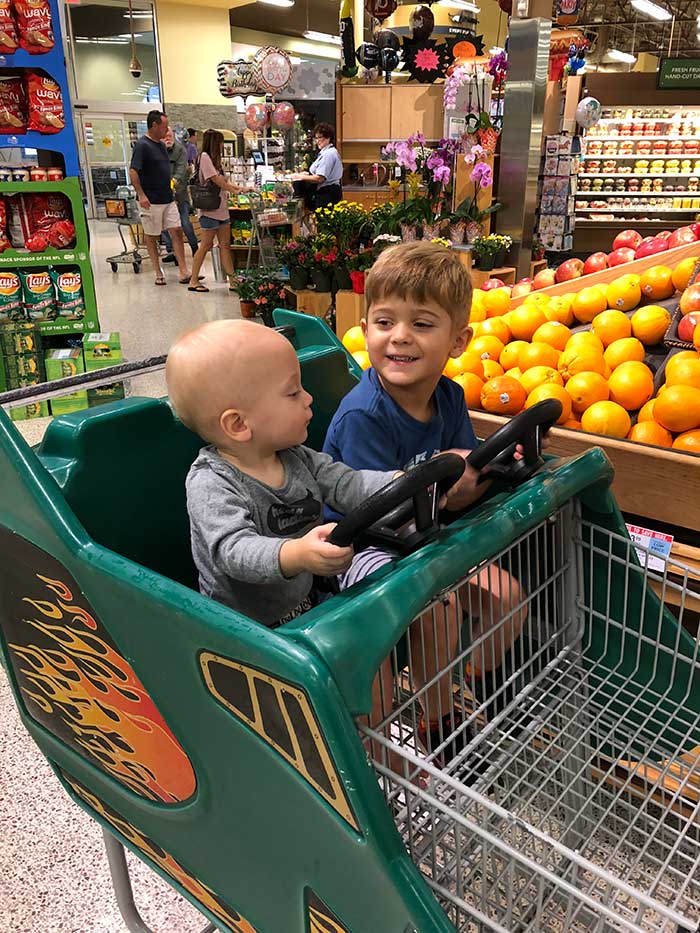 That attitude is why James is the Dad of the Year. His nominators cited his endlessly optimistic attitude and how fully he’s committed to his family.

“I’m unlucky in that I’m one in 300 million,” James says. “But I’m pretty fortunate that I’m getting to experience their lives in the way that I am.

“I would have it no other way.”

—
Want to get a jumpstart on nominating a parent for next year’s feature? Send an email to [email protected] with the subject line “Parent of the Year nomination” with an explanation of why you believe they should be recognized.

Axios Charlotte Parent of the Year is proudly presented by OrthoCarolina. 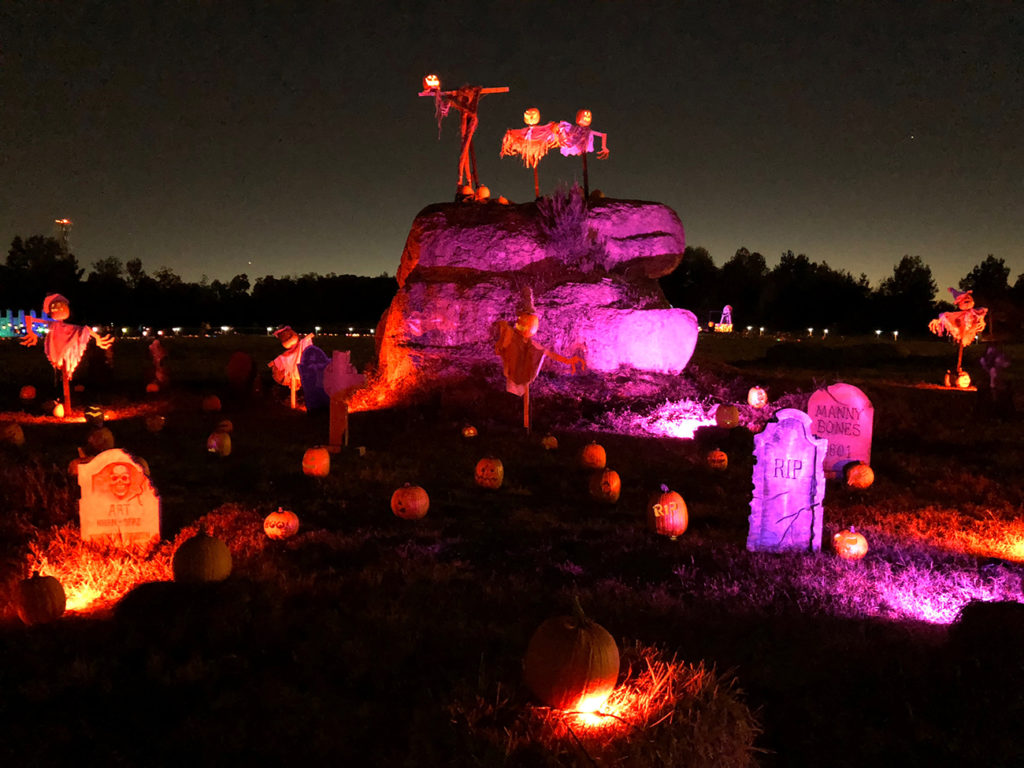 Here’s what to expect at THE GLOW, a Halloween trail featuring 5,000 hand carved jack o’ lanterns