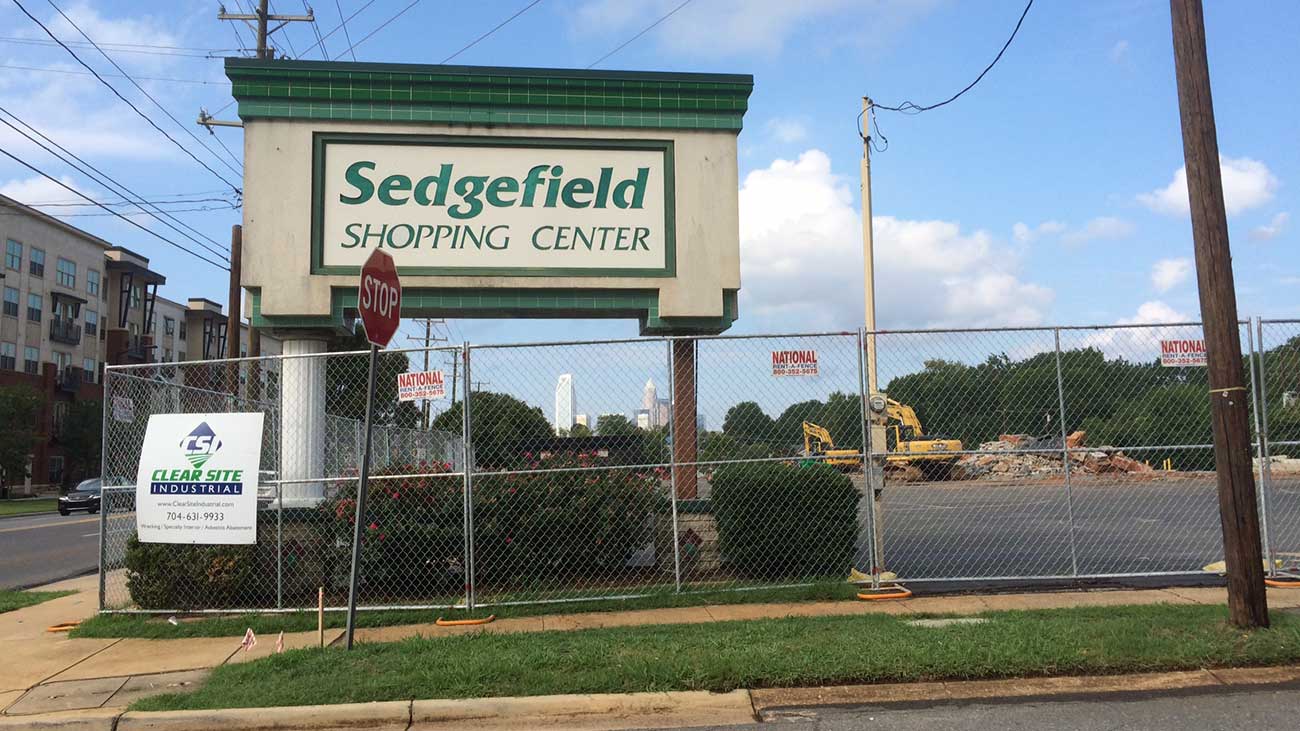 If you’ve headed down South Boulevard recently, you’ve noticed that demolition is underway at Sedgefield Shopping Center. The demolition kicks off a 10-year redevelopment project overseen by Marsh Properties and Aston Properties that will be completed in several phases. Construction will begin with Parcel A later this year and Parcel C at the end of next year. Expected completion date is late 2016.

These phases includes 300 multi-family housing units (Parcel C) and 68,000 sqft of retail, including a full-service Harris Teeter (Parcel A). Construction on Parcel B is not expected to begin for a minimum of three years and all additional parcels will be developed based on demand.

This project is bringing a ton of retail and residential units to the southern part of South End. While I don’t necessarily agree that a Harris Teeter is necessary (it is just seconds from Publix), this is a great project overall.

Source: “Development folks saved the cute mural from the side of the old Healthy Home Market and gave it to the owner.” Here’s a photo of the mural. 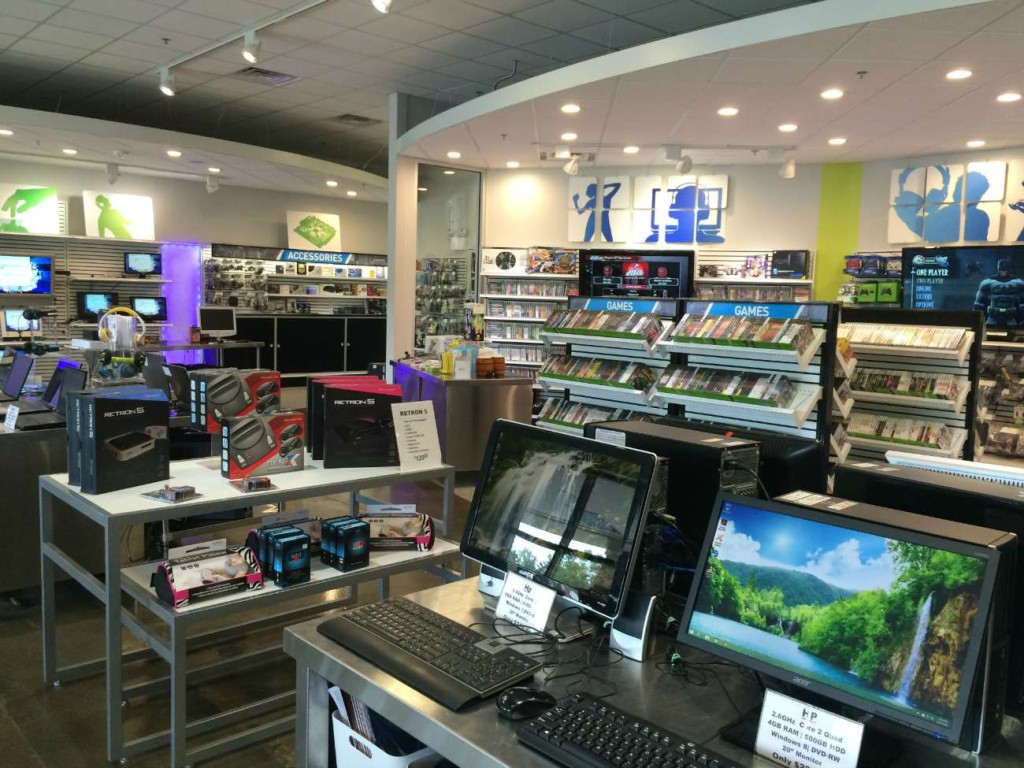 Are you aware Goodwill runs an electronics store called The Grid?