A conversation with the Carolina Panthers Game Day DJ 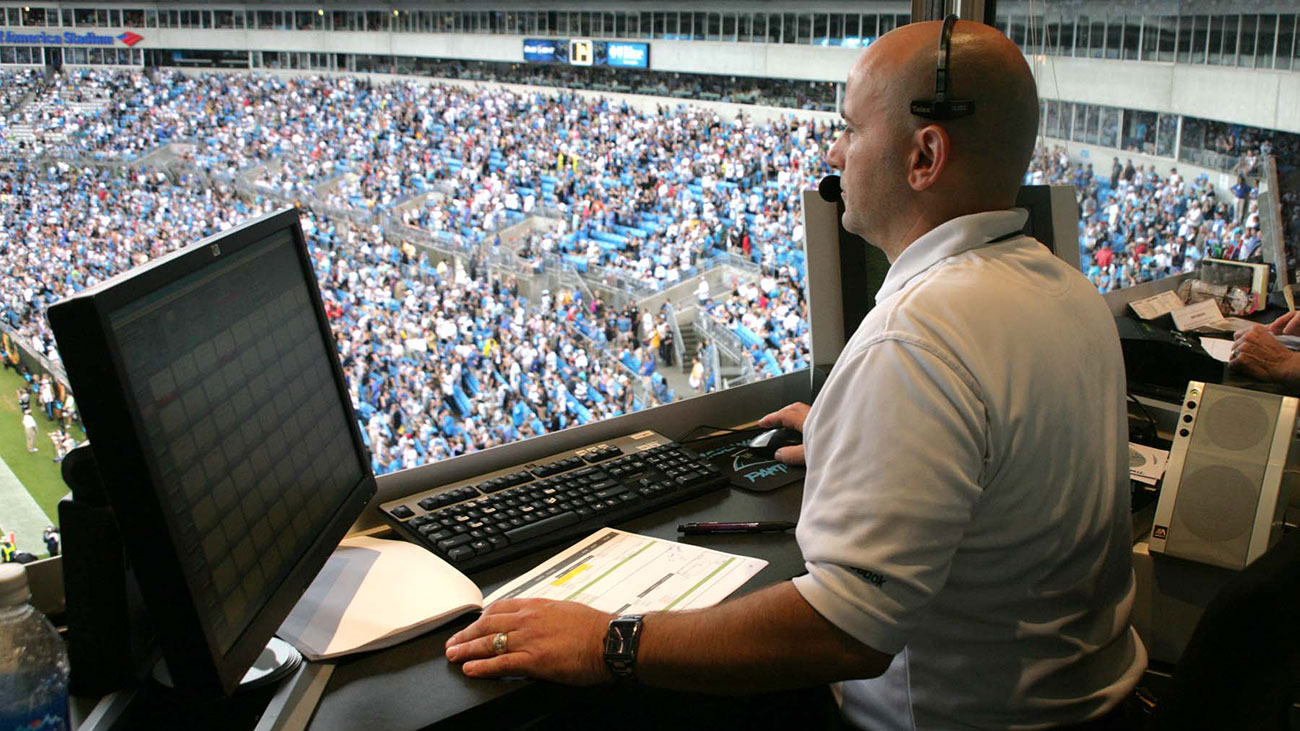 One of Vinny Esposito’s strengths is his ability to read people. It’s a skill that helped him start his first business at the age of eleven in New York, and build one of the most popular DJ companies in the Carolinas, Split Second Sound.

And now Vinny applies that same expertise as the Game Day DJ for the Carolina Panthers. We had the opportunity to sit down with Vinny to talk about about what goes in to reading a crowd of over 70,000 and how recent NFL rules have changed his job on game day.

Axios Charlotte: How long have you been the Game Day DJ for the Carolina Panthers?

Vine Esposito: A little over four years, this is actually my fifth season. I got the job one week before Fan Fest of the 2011 Season.

CA: What is the most challenging thing about being the Panther’s Game Day DJ?

VE: Keeping up with the pace of the game. The first year it was really just learning the speed of the game. I have to be ready with different songs for different scenarios depending on the action on the football field.

CA: With all of the things to consider with a live NFL Game, how many people are involved with coordinating the music throughout the game?

VE:  I think PantherVision is 34 or 35 people running everything in house, this is not for broadcast, but for all of the screens and speakers inside Bank of America Stadium. Kyle Ritchie, my boss, is the Director of PantherVision. He runs everything during the year: planning the timelines, when the commercials should play, everything. Then on game day he sits in the “Captains Seat” and we all follow his lead. We all know our jobs, but we definitely can’t do our jobs without him. CA: When you’re doing things live you have to be extra prepared. Keeping in mind all of the different scenarios you have to be ready for, how much time do you spend during the week preparing for game day?

VE: It’s a lot of preparation. This year I’m doing a lot more with edits and pro-tools, but I could not do this job without being totally prepared.

If I’m thinking of a certain song for a specific scenario, I play the song in my mind, I look out onto the field and ask myself what feeling does this song give me? What do I sense that’s going on? For example one song might make me feel like we’re about to stop them on 3rd down, or we just got a first down, and I put those songs into categories. It’s a lot of preparation. I do a lot more than average.

CA: How much control do you have over the songs you play throughout the game? Do you have the flexibility to go with your instinct, or do you have a set-list you have to go by?

VE: Except for the cheerleaders, who have someone who makes their music, the touchdown song and the extra point song are the only things that are pre-scripted, everything else is up to me, on the fly. So I pick about 98% percent of the music that we play during the game.

Kyle Ritchie, my boss, does have final say over what we play and he does have input. But over the years I have built a lot of trust with him, so he trusts me to choose the right song to fit the different situations.

CA: Do the players ever have requests?

VE: All the time. I’ve met with a lot of players and they’ve given me songs that they want to hear. Mostly the warm-up is geared towards the players, their style of music, the music they want.

Some guys will have a sack song, or a song we play when they take the field. And that adds a little more life to the game, when we have the players’ input. And when they hear their song with 70,000 fans singing along, it helps them get more into the game and it makes a difference. CA: The NFL has a standard of music, and all songs played during the game first have to be approved by the NFL. Do the Panthers have their own guidelines for what type of music can be played?

VE: The Panthers probably have one of the highest standards that I have ever seen. It also fits the culture of the south and the type of environment here. From the owner on down there are very high expectations for all of the entertainment. When it comes to playing certain songs Kyle always says “When in doubt leave it out.”

CA: Do you think your song choices ever affect the outcome of the games?

VE: I wouldn’t say the music affects the outcome of the games, but I will say that it adds to the game experience for the fans. They notice a difference in the music. It helps the frame of mind of the players hearing the songs that psych them up.

It’s important to mix it up, but you have to know the right time to mix it up. The music definitely affects the energy in the stadium. The players make the big plays and it’s my job to take that energy and keep it going, or to help get the crowd pumped up if things are not going our way on the field.

CA: Over the past few years the NFL has made some changes in their regulations regarding music within the stadium, allowing for a lot more music to be played. How much more music are you playing this year as compared with 2011?

VE: We’re playing four to five times more music now compared to the first year I started. Now I’ll play up to 40 song clips just in one quarter. This year they are doing more video without audio, so I’ll be playing song clips as the video plays on the boards too.

CA: Has the genre of music you play changed over the past four years?

VE: The range of music has changed. I talk to everyone to get input for what to play at the games. Whether its social media or talking with fans to get people’s input. And that’s helped to give me a wider range of styles and types of music that we play.

CA: What can we expect from the music this season?

VE: I’ll be doing more mash-ups and cut-ups this year than ever before. Not only special mixes for the players, but this year we’re going to have a lot more songs clipped and edited with the best parts of the songs mixed together. We’re trying to be more inventive and creative with the editing of the songs to keep the energy going.

CA: If our readers would like to make some song requests for this season,  how can they contact you to make a request?

VE: Twitter is probably the best way – @Vinnysplit. I read every request and idea I get. That doesn’t mean every request will get played, but I’ve received some excellent requests that are perfect fits for Panthers games. 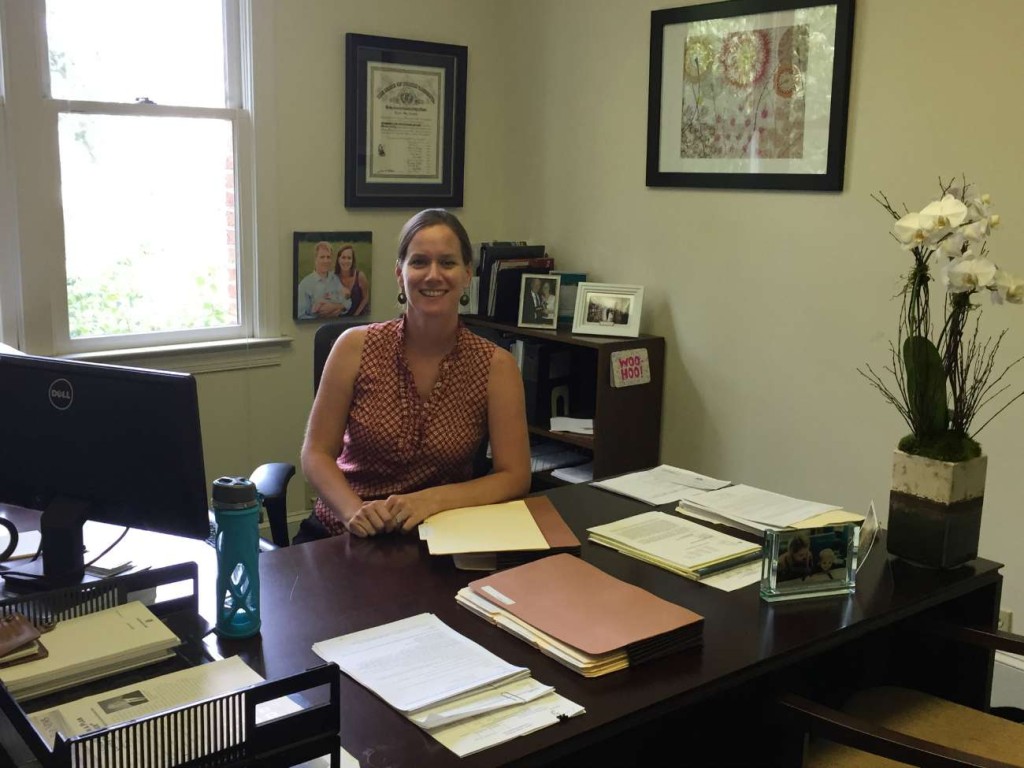