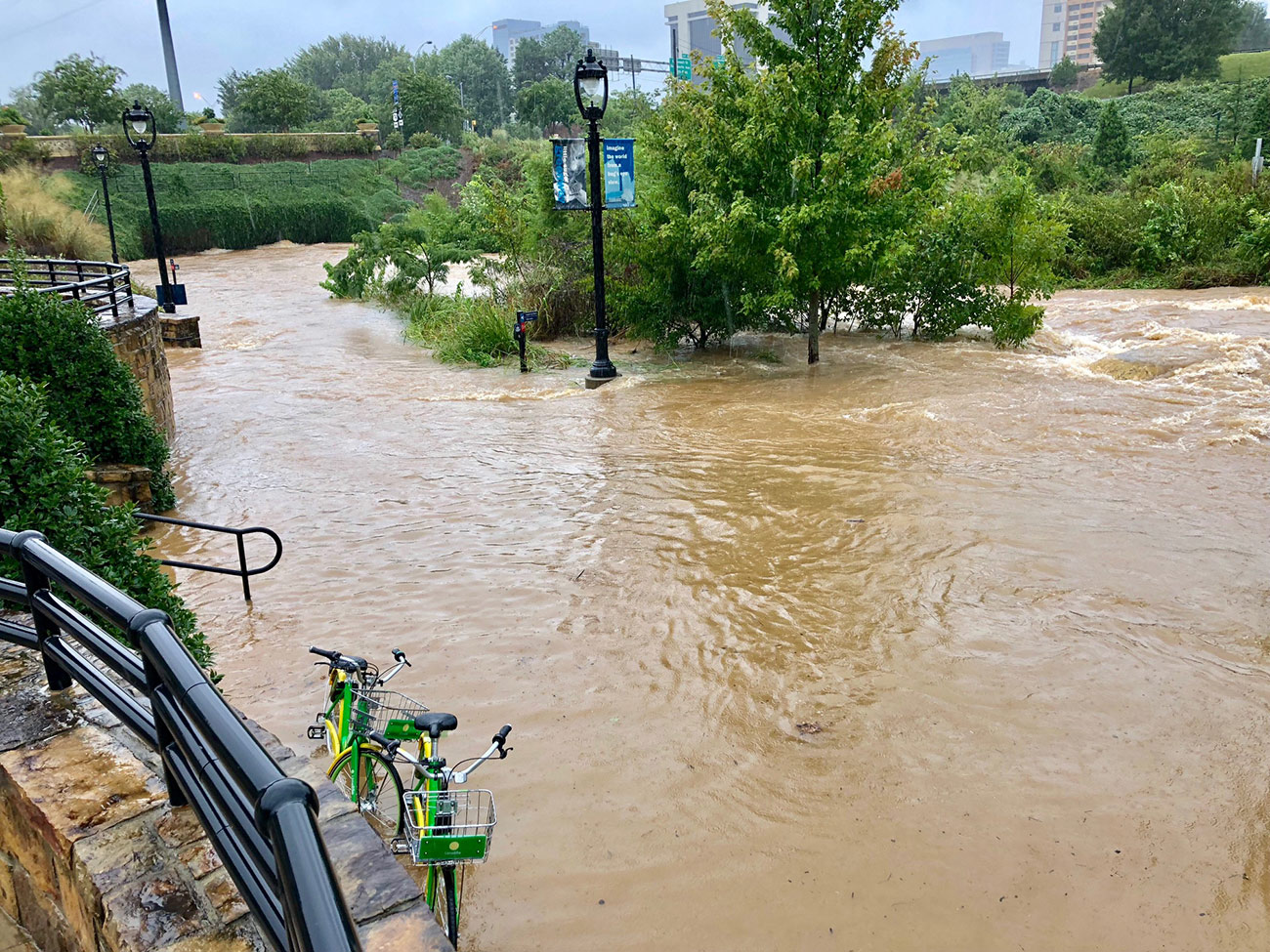 The first major hurricane of 2018 has passed — but Charlotte and the rest of North Carolina will be dealing with the aftermath for quite a while.

The storm known as Hurricane Florence slogged through Charlotte over the weekend as a tropical depression with wind speeds of around 35 mph.

But flood waters persist — leaving greenways, backyards and low-lying streets across the city flooded. And Charlotte could get a little bit more rain Monday.

As of 9:35 a.m. Monday, about 6-8 inches of rain had fallen across south Charlotte, with 4-6 inches in the northern part of the city.

The Charlotte area is currently under a flash flood watch until Tuesday at noon.

Charlotte-Mecklenburg Schools has canceled classes for Thursday, Friday and Monday. The city of Charlotte is updating the status of the airport, public transportation and other municipal services here.

How long will the rain last?

Charlotte is expected to get a bit more rain Monday. We’ll finally get some sun on Tuesday. 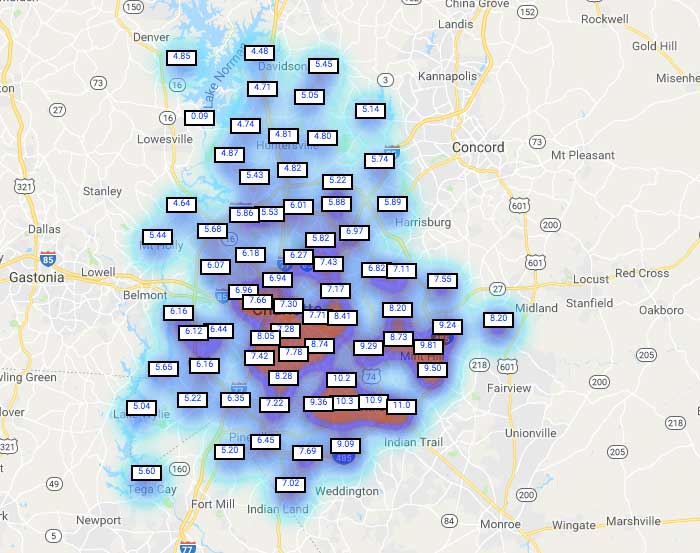 What impacts are we seeing in Charlotte?

We’re seeing numerous reports of downed trees around the city and lots of flooding in low-lying areas. 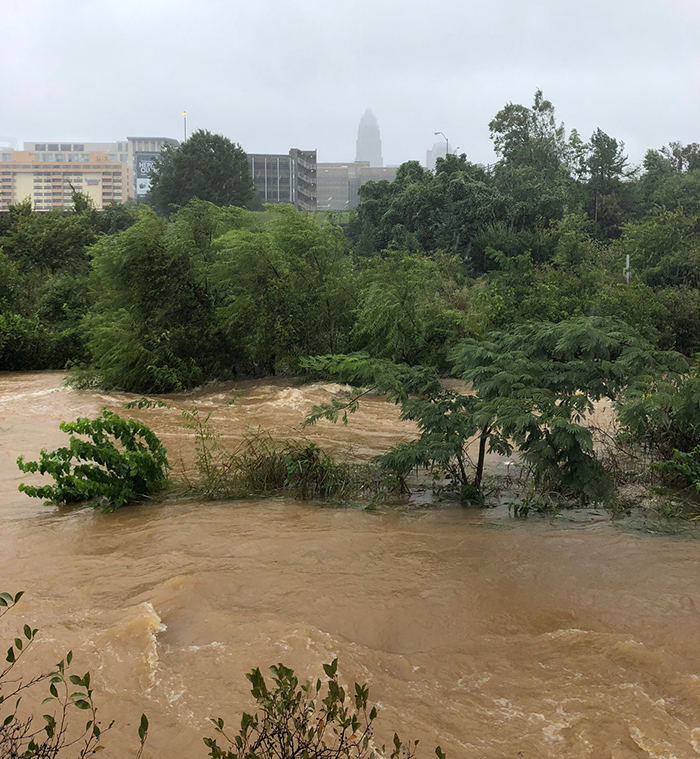 Little Sugar Creek was predictably high yesterday as Florence continued to dump rain on Charlotte. This is the greenway at 4th and Kings. 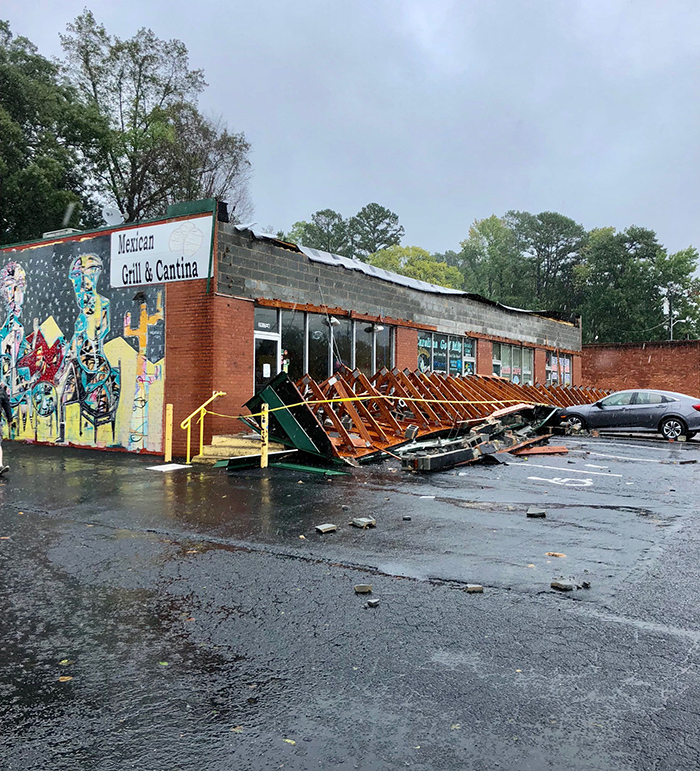 Leave our tacos out of it, Florence. Damage at Three Amigos on Central Avenue. The restaurant was already closed due to weather and expects to remain closed for a few more days.

What’s happening on the coast?

The worst of the storm crossed the coast of North and South Carolina on Thursday into Friday. Coastal counties received 15+ inches of rain Thursday, with the storm surge inundating low-lying areas.

Emerald Isle recorded 46 inches of rain over those two days.

Historic flooding levels are being recorded in most eastern North Carolina rivers, including the Cape Fear between Wilmington and Fayetteville, the Trent River in New Bern, and the Neuse River in Kinston.

Florence is responsible for at least 10 deaths. More than 900 people were rescued from floodwaters. Coast Guard boats and helicopters continue to conduct operations. 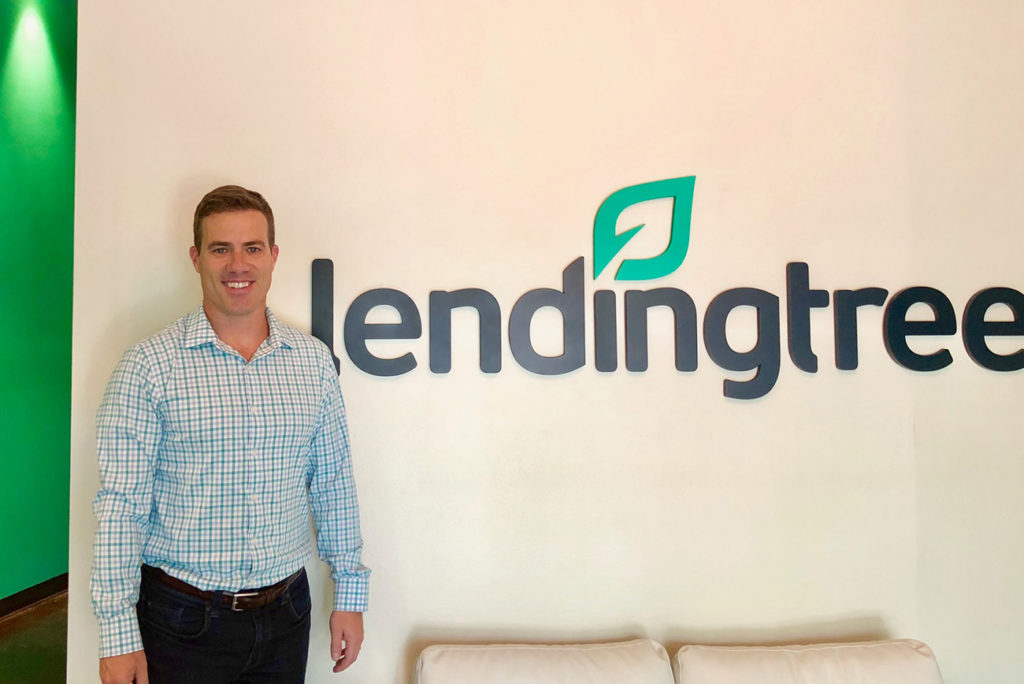 How I Work: 19 quick questions with Brad Wilson, Chief Marketing Officer at LendingTree