“Making six figures doesn’t magically transform you into a blue-shirt banker ordering fancy cocktails. Sometimes you want to hang out with your friends.” – A

“Any banker or lawyer who lived for 6 months in New York or Chicago is edgier than the edgiest home-grown prole Charlotte has to offer.” – J

“Read two books by Thomas Stanley: The Millionaire Next Door and Stop Acting Rich and Start Living Like a Real Millionaire. Chastising a segment of the population based on income level shows a lack of understanding of the behavior of people with money.” – N

“There are plenty of men and women who are from this area making a lot of money and not ‘ruining’ bars that are frequented by cheap ‘artsy’ types. GO BACK TO BALLANTYNE!” – E

“Give us more Dion! Charlotte needs more Dion. It’s just funny, and it’s funny that most readers don’t think it’s funny. That’s all I have to say. My favorite Dion line ever is simply ‘No normies allowed.’ I don’t know why, but I think that line is absolutely hysterical.” – K

“Who cares what you make? I make over 6 figures, I’ve lived in plaza for over 6 years, and I walk to that common market every morning for coffee. If this were the other way around, it would be considered racist.” – M

“I have been earning $100k+ for over half a decade now and been visiting these places multiple times and enjoyed my time there. To be judged and told to eff off and go somewhere else for working hard to make myself better and earning money and better my life is disrespectful, self-serving and flat out ignorant.” – T

“Is this in terms of single income or married filing jointly? Just salary or would bonus come into play? Asking for a friend.” – L

“I am put off by the assumption that all ‘rich’ people are BMW-driving, $14 cocktail drinking, designer-suit wearing asshats. Like many families in Charlotte, my husband and I make over $100,000 + bonuses annually. And if we walked into a fancy schmancy (or even moderate-schmancy) bar anywhere in this town we’d stick out like a sore thumb. We’d roll up in our slightly beat up 12 year old paid-for Toyota Yaris, wearing Target and consigned clothing, and we would order PBRs or house wine because we firmly believe only someone who has no appreciation for their money would be dumb enough to spend $14 on a drink.” – D

“Amos’ had great shows occasionally, but it’s not like they had awesome shows weekly. Just like every other venue in Charlotte, they are in Charlotte, which is one of the worst music cities in America. Joyce Manor is an awesome show to get for their re-opening, so hopefully that’s the kind of stuff they book going forward.” – G

“I am not a ‘suit’ or a ‘hipster’, I am a just a 55-year-old chef, who works hard and happens make over 100K. I agreed to make the move here, because Charlotte was such a nice and welcoming place. I bought, what I think, is a cool modern town home in SouthEnd and feel like I am living the dream. Dion’s commentary has me lumped into a category, and I resent that he is inferring that not only am I a not cool transplant, but it’s people like me who are ruining Charlotte. I call it reverse snobbery.” – S

“Not everyone in a certain tax bracket wears boat shoes. We all don’t attend Elevation church or drive BMWs. And we’re not all rich transplants from the Midwest who listen to “yacht rock” (whatever that is). We are not bland and flavorless. Also, a six-figure salary is not “the 1%.” Not even close.” – B

“Start paying Dion $101,000 to see how steadfast he is on this ridiculous idea. Management power moves.” – T

In response to: 12 best sports bars in Charlotte

“What you have listed are 12 bars with TVs. How many of them have the sound on for a game on any given Saturday or Monday night? It’s not a sports bar if sports aren’t the focus of attention. They are simply bars with TVs that show sports. Charlotte doesn’t really have a true sports bar that I know.” – D

In response to: Does Charlotte need its own version of Pike Place Market?

“Yes, yes, yes, yes. Since moving to Charlotte one of the things I have missed the most was the access to fresh, locally grown products. The grocery stores around here are all pretty dreadful (especially since Harris Teeter was purchased by Kroger) and the farmers markets are only slightly better. One option that other cities use is, rather than having permanent structures, close down a street or use a school parking lot on Saturdays and Sundays to let local farmers/producers set up tents. The cost is low, the impact can be immediate, and the producers can easily get into neighborhoods where they otherwise wouldn’t be able to access.” – O

“Some good branding and social media presence would take the farmer’s market a long, long way. Definitely agree with more consistent hours… most people do their grocery shopping on the weekend – is opening at noon on Sunday really a great idea? Also, take our credit cards! As much as everyone hates millennials, we have a strong purchasing presence in Charlotte and we all want cheap, quality produce without fancy grocery store prices… but we also don’t carry cash.

In response to: 12 best custom home builders in Charlotte

“It feels like all these builders are slammed right now. I see there signs everywhere – but clearly you have a Myers Park, Eastover, Dilworth bias (although they are the best homes). These top builders must be charging whatever they want given demand, thus making a killing.” – W

In response to: How Suffolk Punch became a popular South End hangout in under a year

“Great vibe, awesome food and a wide variety of beers. Pet friendly patio too. One of our favorite places in Charlotte.” – P

In response to: 14 best architects in Charlotte

“You have several designers listed who are not Architects. They do not have the education, training and license required to be referred to as an Architect. I would recommend re-listing the group or changing the name of the group to Architects and Designers. In the sprit of truth in media.” – D

In response to: New luxury apartments under construction in Sedgefield

“I’ve loved living in Sedgefield and renting from Marsh properties. Elmhurst apartments are theirs too and and a great price for the location – am moving cities and will miss it!” – M

Agenda related story: What do you have to earn to be considered “rich” in Charlotte?

In response to: Opening Soon List: All 32 restaurants and bars opening soon in Charlotte

“The ‘big four’ in the pipeline are The Waterman, Barcelona Wine Bar, Crunkelton and Hawkers. Bold prediction: all four of these spots will reach Haberdish/Superica-levels of cultural relevancy. All these smaller, cute places are just going to slowly fail over the next two years or fail quickly when/if economy tanks.” – J

“I love to hate Agenda cash confessional participants, but this person I applaud – Do what you love and (eventually ) the money will follow. Learning how to live with less at an early age will reward you in the future – bravo.” – R

In response to: We asked 25 Charlotte men what they wish Charlotte women knew

“This is the truest thing I’ve ever heard – ‘It’s not fair when you complain that there are “no good guys” when you know plenty of good guys, but you just happen to be attracted to the ones who treat you like total crap.” – S

In response to: Confessions of a Charlotte correctional officer

“I believe every word this person said my family member work in Federal prison system. Understaff is crazy 15 to 1 employee I would be scared too.” – T

“The article about confessions of a correctional officer made me sad/angry. It highlights the great divide we have between citizens & incarcerated inmates. It shows that we as a society have forgotten that inmates are still PEOPLE.” – A 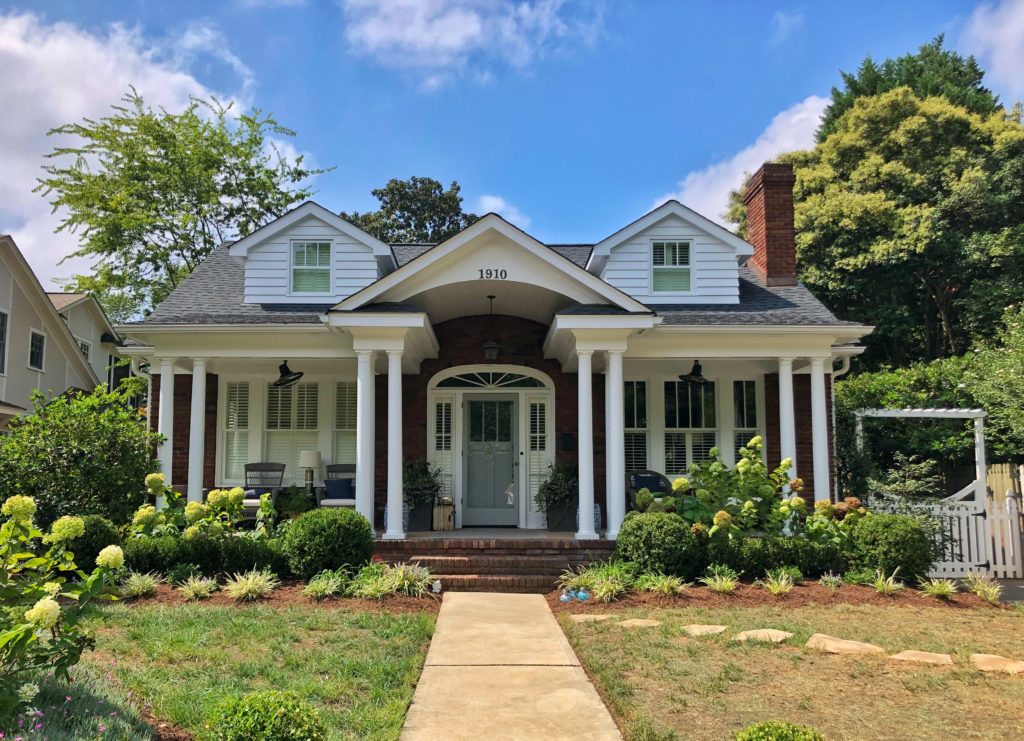