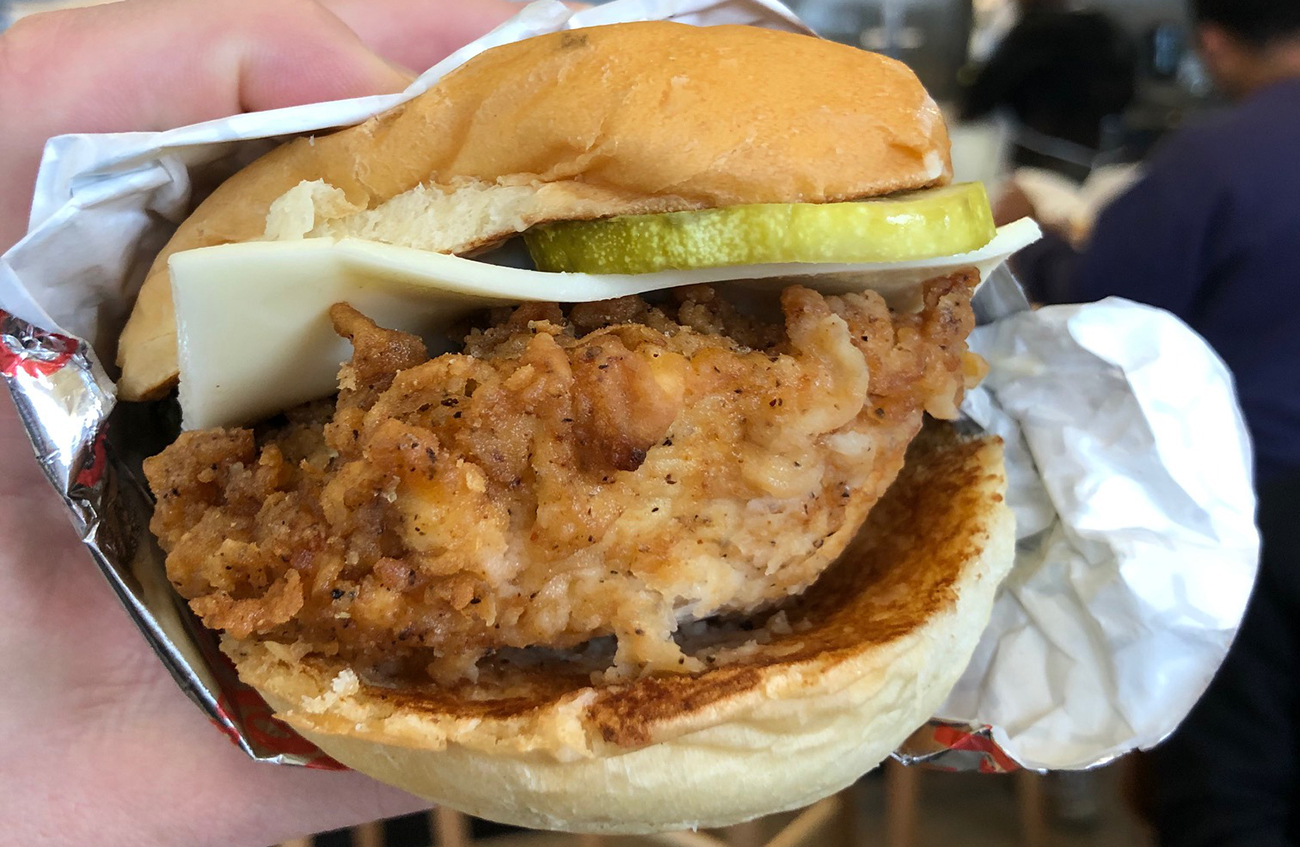 Bossy Beulah’s, a new chicken shack from the team behind Noble Smoke and Rooster’s, is now open on Freedom Drive.

In order to test the kitchen, Bossy Beulah’s will open at 11 a.m. this week and stay open until they run through 300 sandwiches. All-day service will start in the coming weeks. The exact location is 2200 Freedom Drive.

The counter-service restaurant is inspired by owner Jim Noble’s great-aunt Beulah and her tradition of Sunday chicken after church in rural North Carolina. “Beaut, as we called her in our family, was a fixture in my childhood. She was a character, and could fry chicken better than anyone I’ve ever known,” says Noble.

When I asked him what’s next, Noble said, “Unbelievable pizza.” Look for him to open up a new neighborhood concept (he wouldn’t share details) within the next year.

Sandwich: The main attraction Bossy Beulah’s is “The Beaut,” a sandwich with Joyce Farms chicken breast, pickles, and Duke’s mayo on a Copain bun ($7). The chicken is brined and then buttermilk-soaked before being seasoned with salt and pepper, floured and deep-fried. If you want cheese on top, order “The Cheesy Beaut” ($8).

Layout: It’s small inside. The dining area has counter and table seating. There’s also a patio out back, and you can grab your food and eat at Noble Smoke’s beer garden as well. Parking is easy, you can park in the massive Noble Smoke lot. Bossy Beulah’s Chicken Shack is located at 2200 Freedom Drive.

More locations: Although he didn’t have a specific target in mind, Noble plans to open more Bossy Beulah’s locations. He said he’d open as many as possible — as long as he can maintain quality. “We need a leader in each one that has the incentive to run it right,” explained Noble, referencing a profit-sharing setup with future operators. 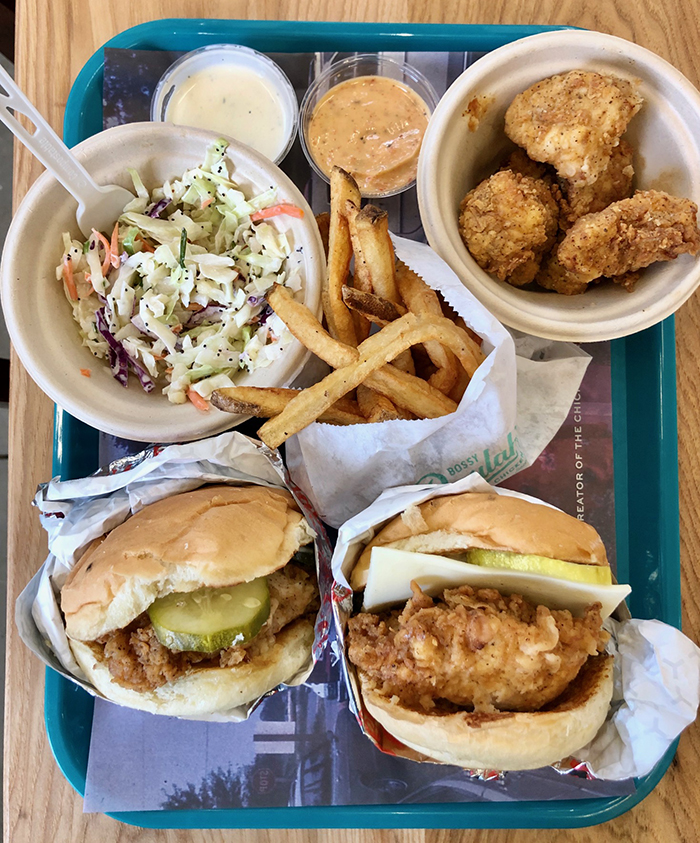 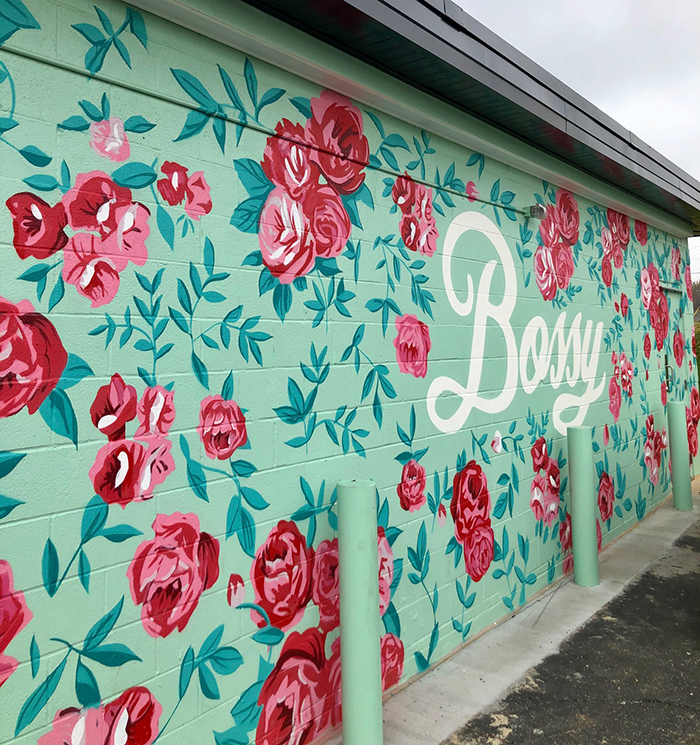 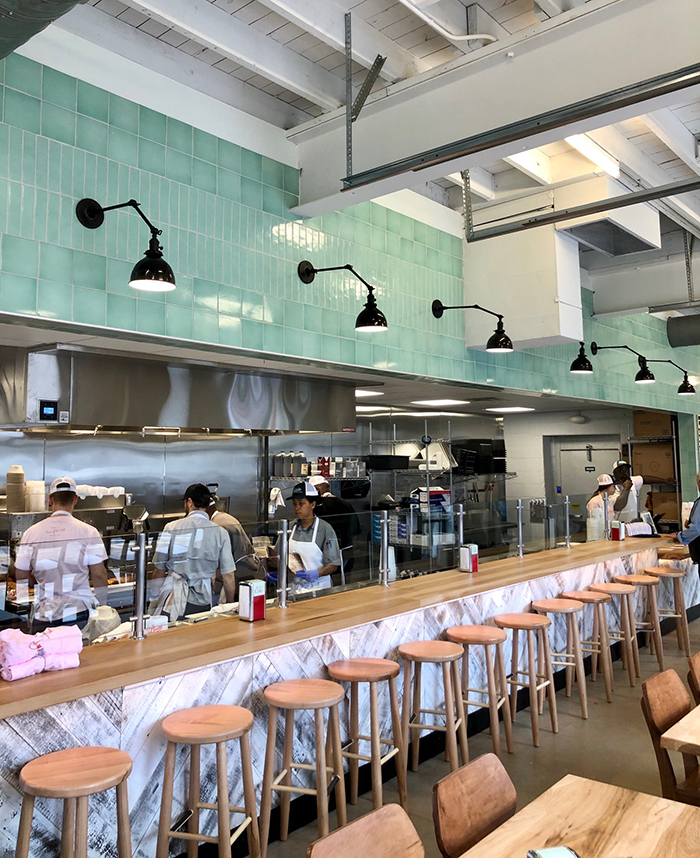 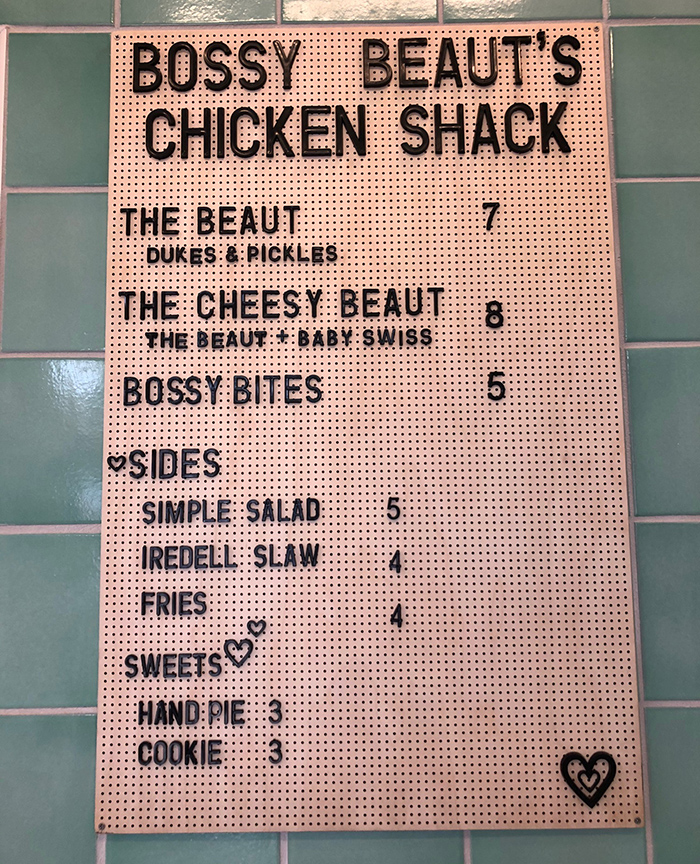 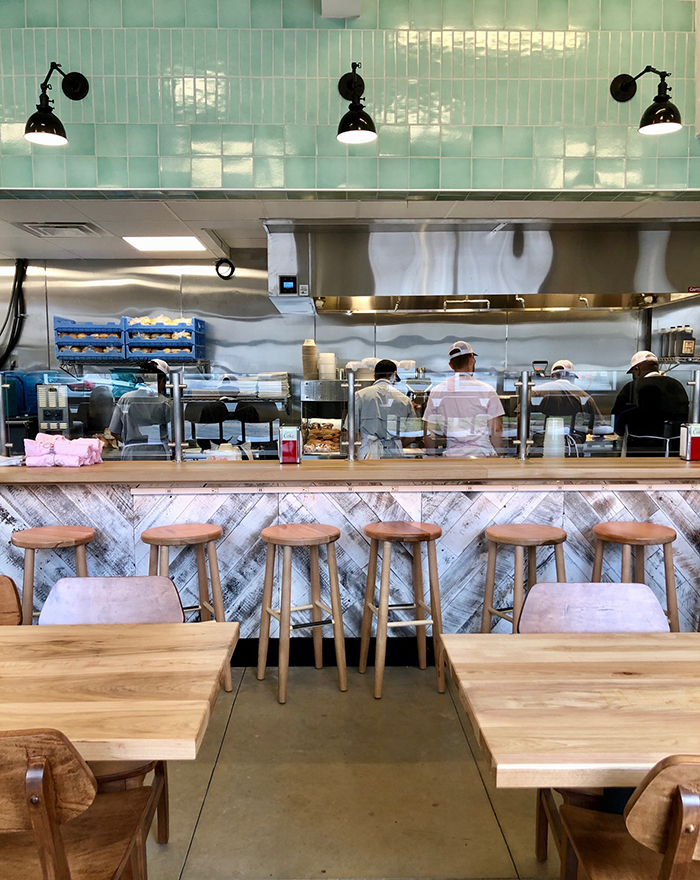 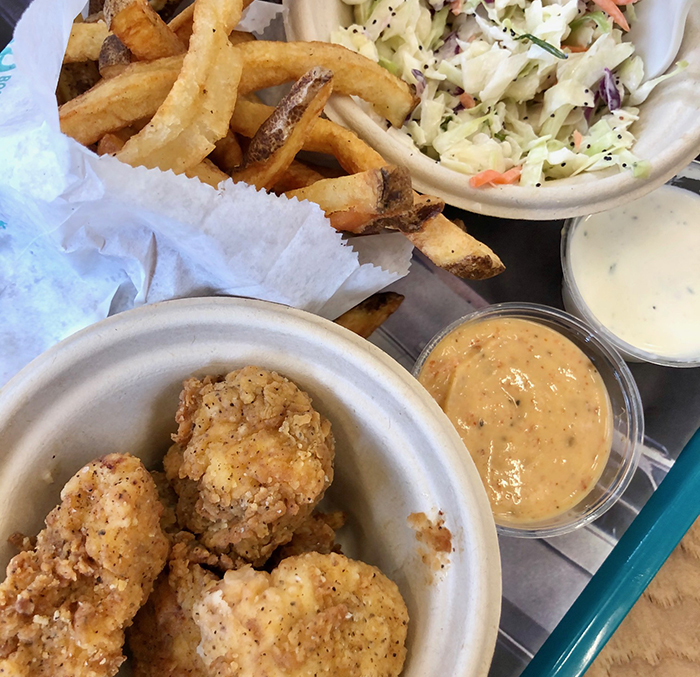 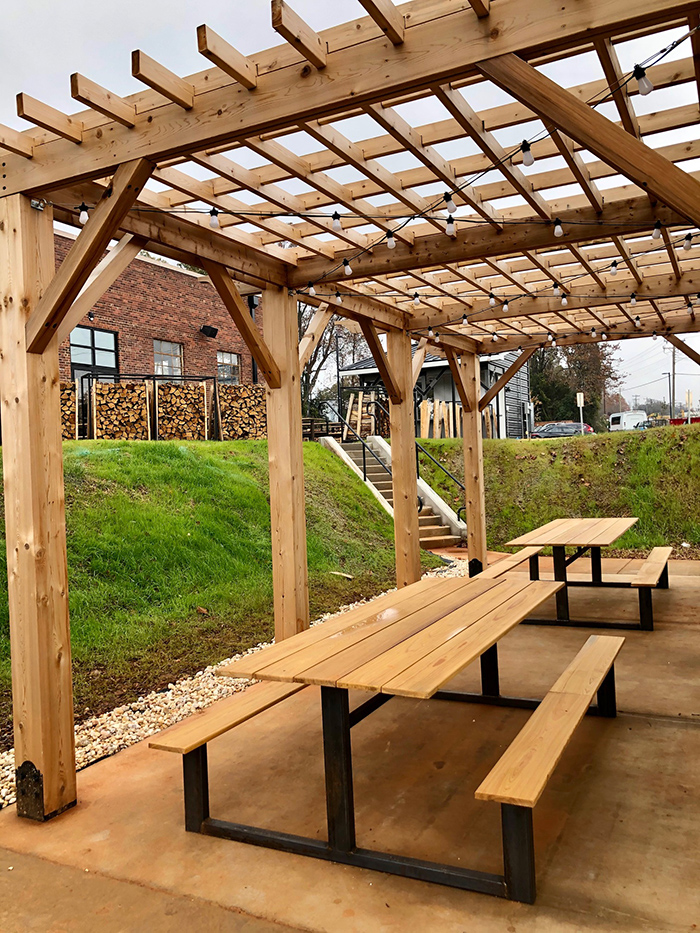 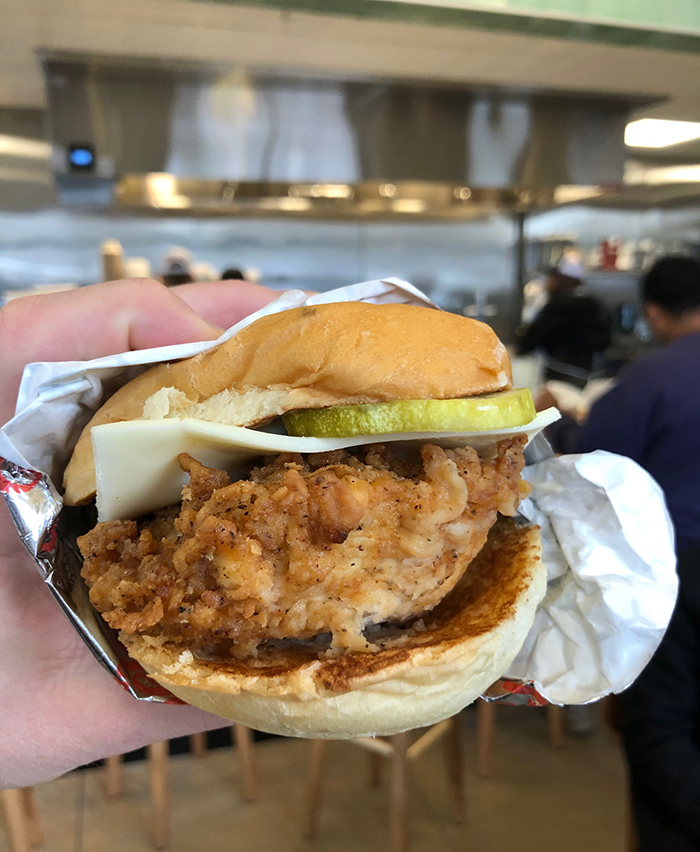