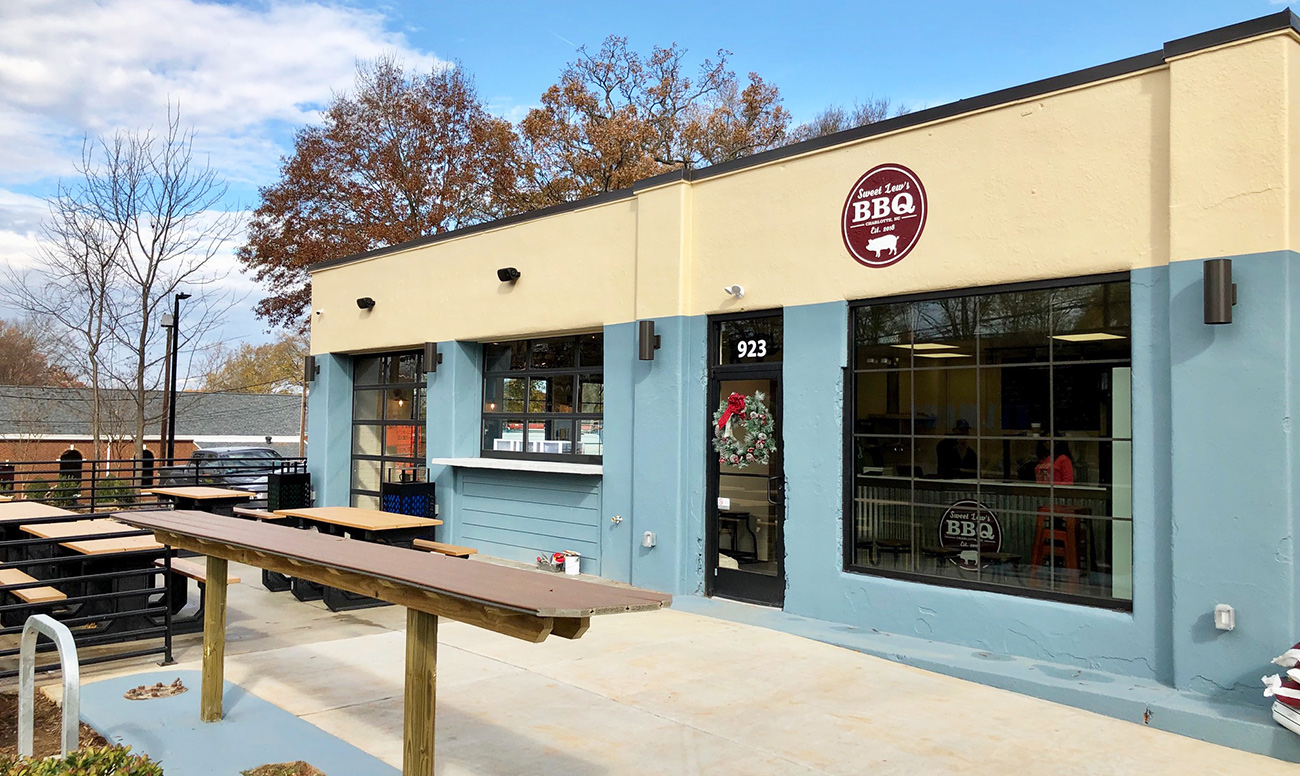 Charlotte’s barbecue scene just got a tasty new addition — Sweet Lew’s BBQ is now open, and will remain open until that day’s meats are sold out. 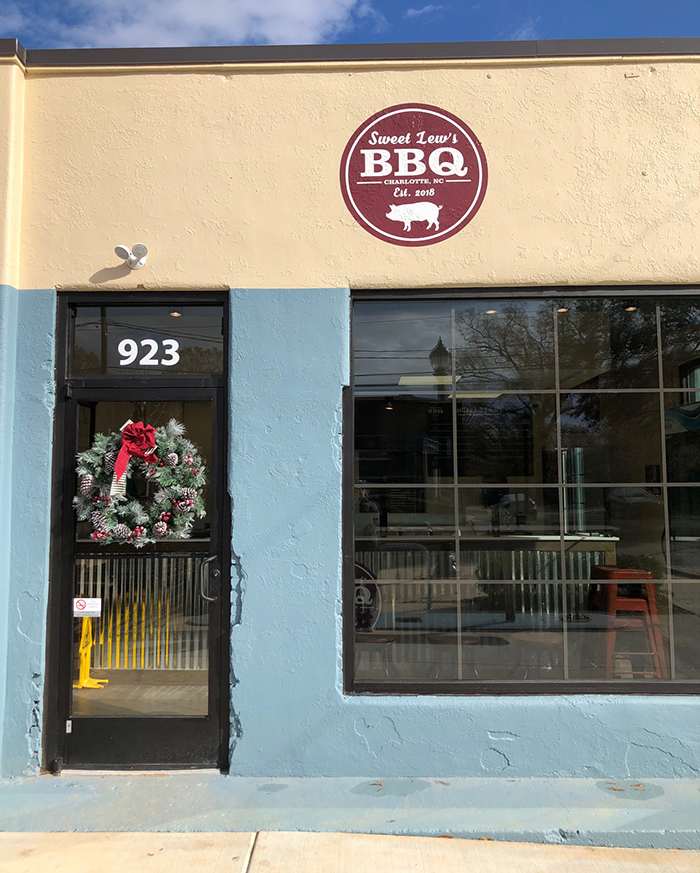 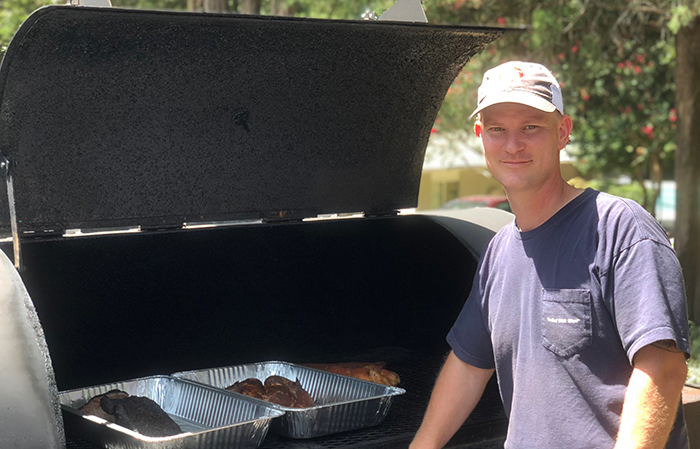 The menu includes Lexington-style chopped and pulled pork, dry rubbed spare ribs, smoked chicken, and beef brisket. In addition to the core menu, their daily specials include smoked turkey on Tuesday, hash on Wednesday, a fish fry on Friday, sausage on Saturday, and fried chicken on Sunday.

Popular menu items will include Sweet Lew’s pulled pork sandwich topped with red slaw with of two sides ($9) and beef brisket with two sides and cornbread ($14).

Each meat comes with a choice of sauces: an eastern North Carolina vinegar-based, Lexington-style tomato-based, South Carolina-style mustard and Alabama white sauce — all made in house and available to take home by the bottle. 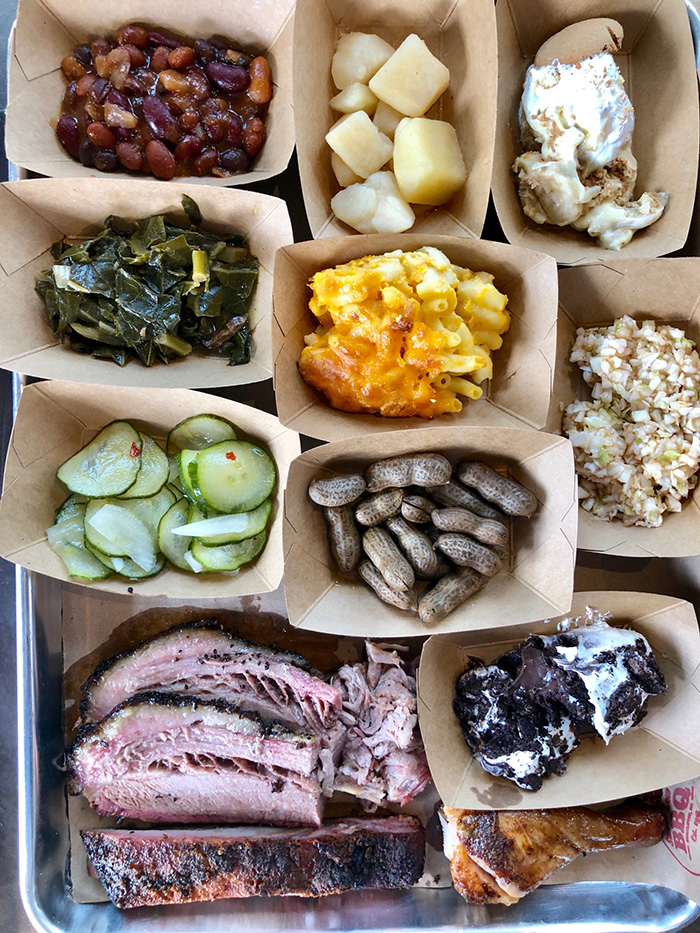 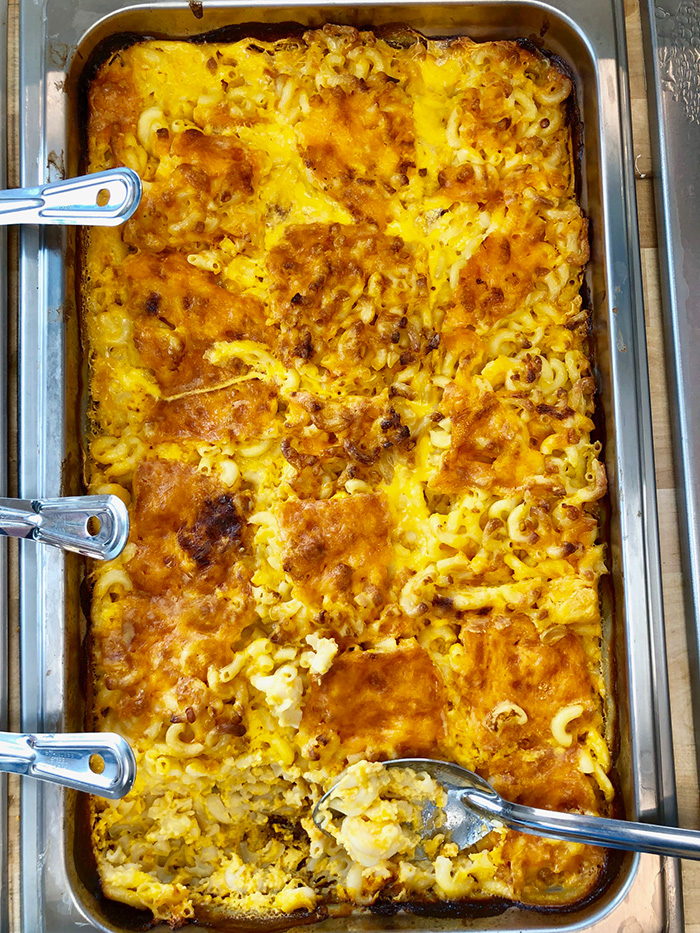 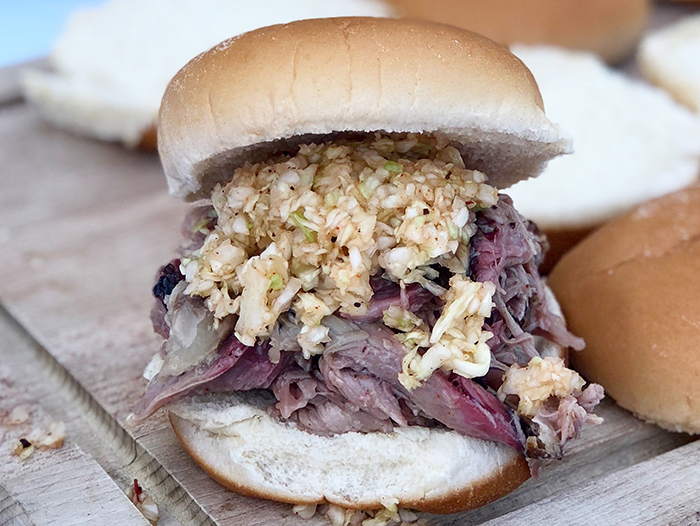 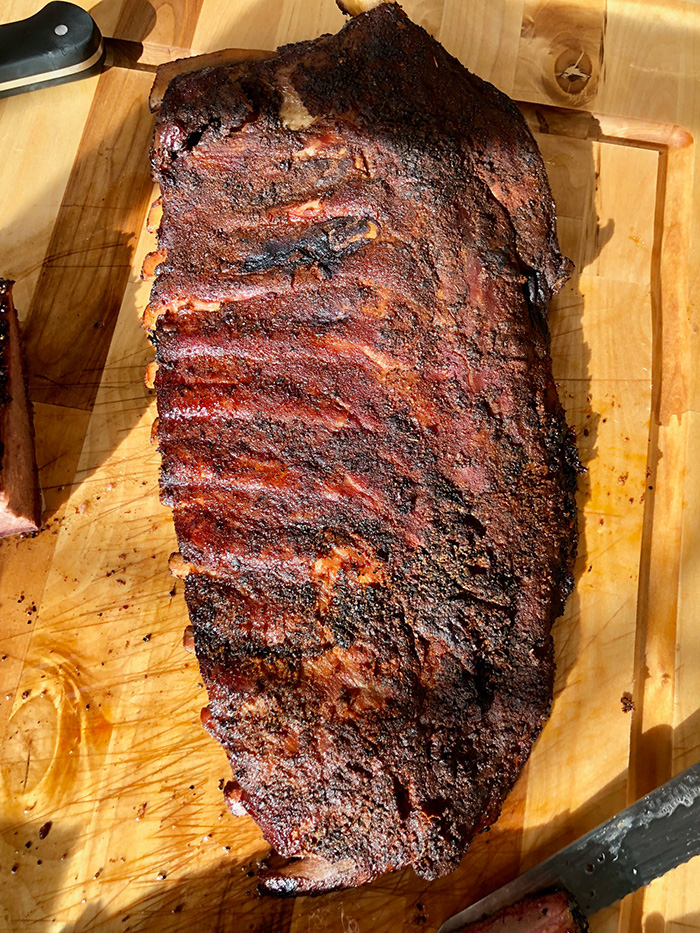 OMG, look at these ribs! 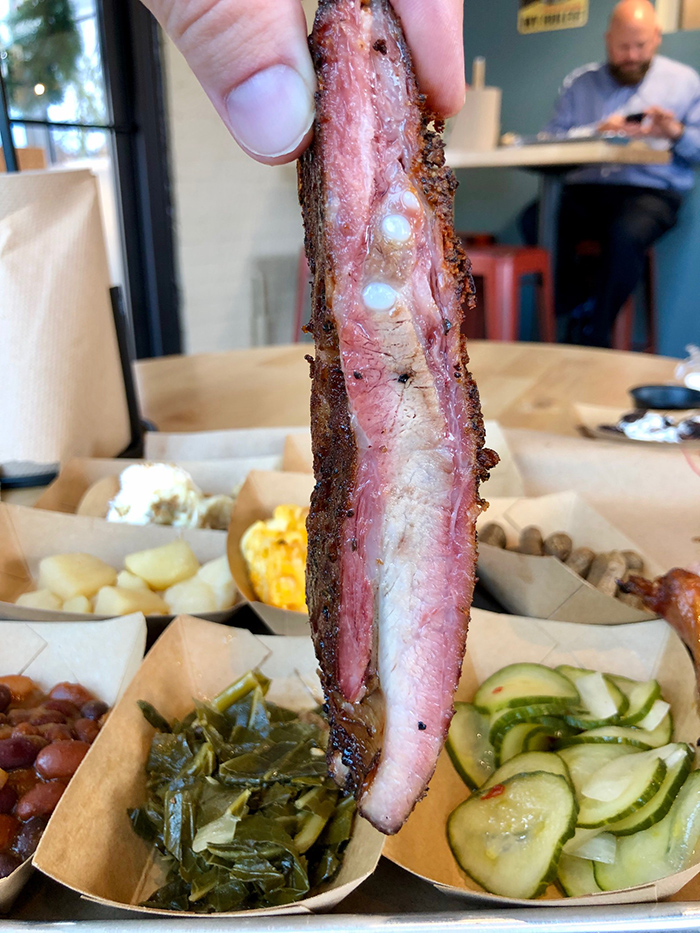 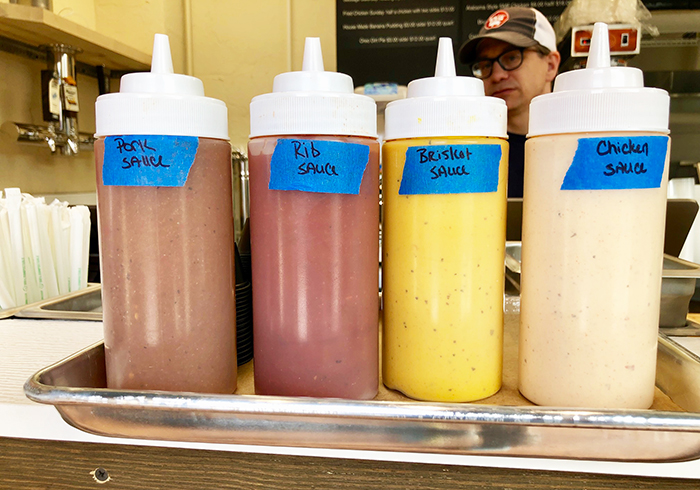 Sweet Lew’s is located in the booming Belmont neighborhood.

Sweet Lew’s approach fits well in its new home in the Belmont neighborhood, just a couple blocks north from the Catawba Brewing taproom and Advent Coworking space — and a half mile from Birdsong Brewing if you’re coming from that direction.

The restaurant takes the space formerly occupied by an auto shop on Belmont Avenue. Sweet Lew’s BBQ will have a total of 75 seats (35 seats inside and 40 seats on front patio).

“Overall, we wanted the building to keep its original look and feel,” said Laura Furman Grice, Sweet Lew’s business partner. “One of the reasons we chose this location was because of the building’s character and the neighborhood. We want to respect this place and its history.”

Out back will be the smoker, all wood-burning with the coals going low and slow underneath the meat. 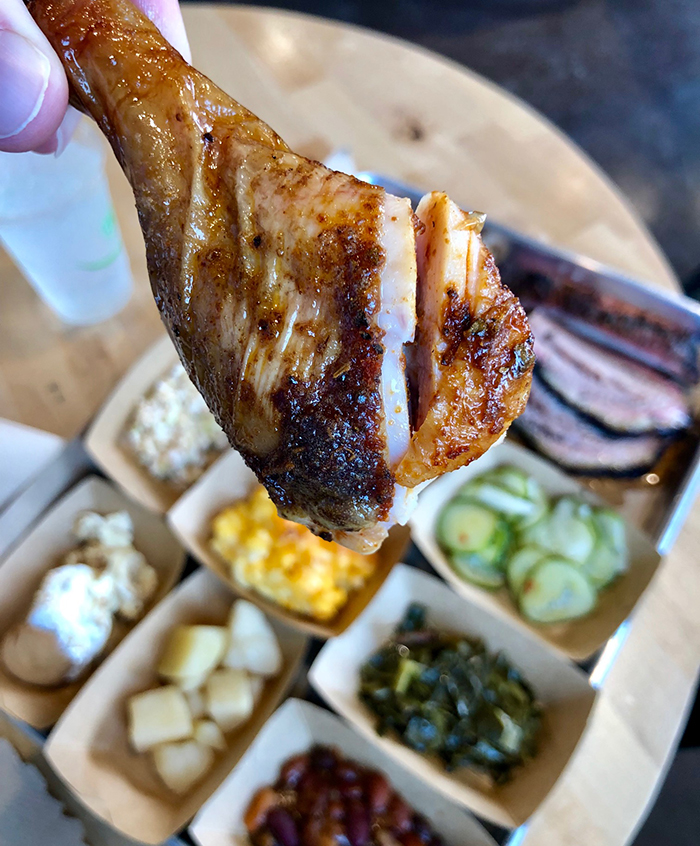 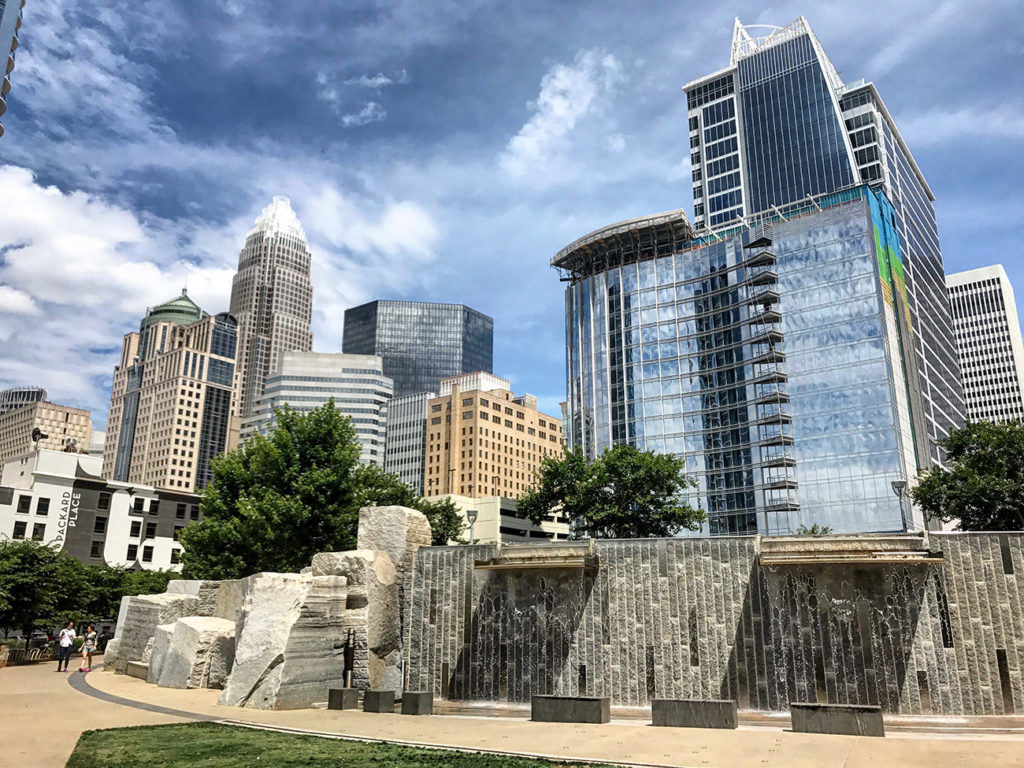 Weekday Planner: 15 things to do this week