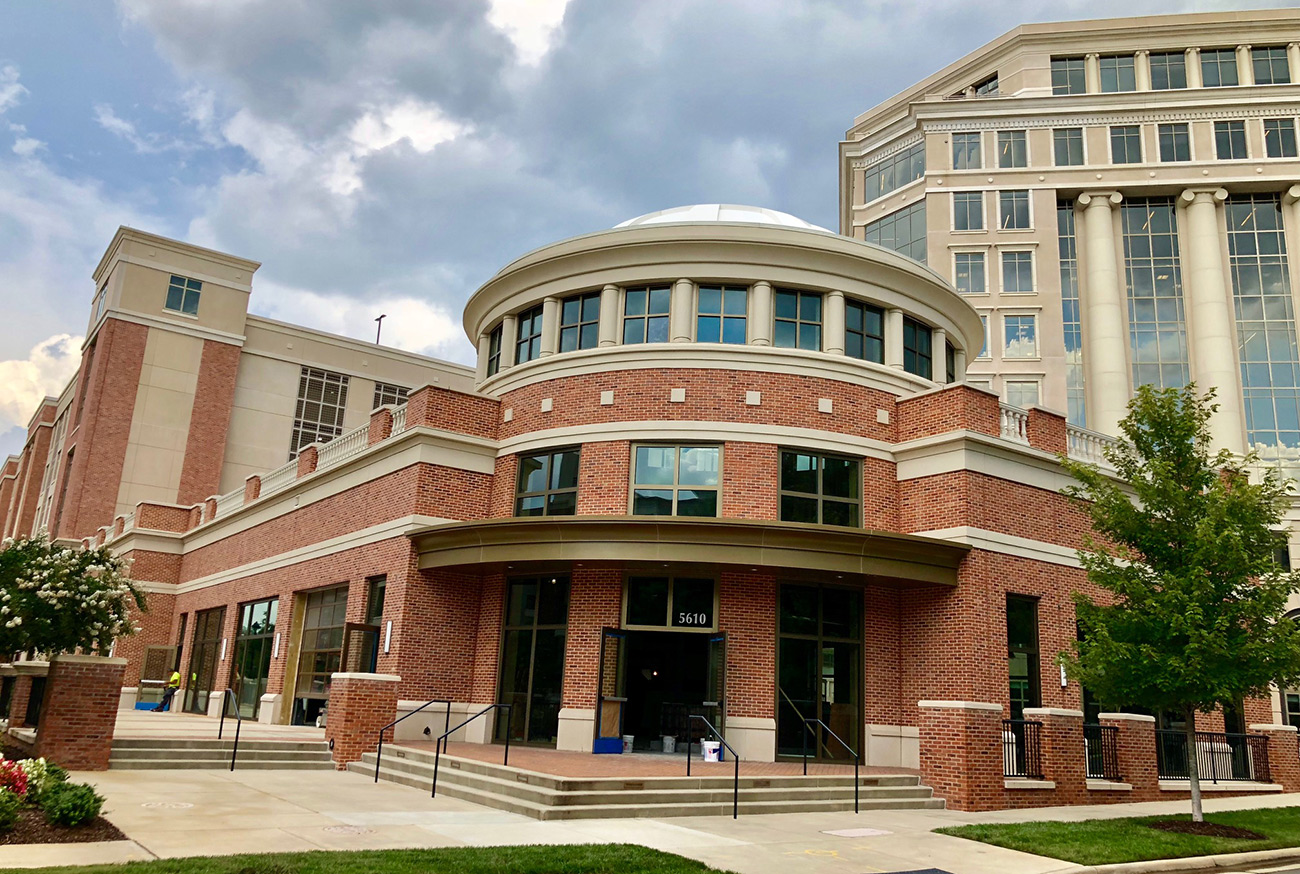 SouthPark, get ready for your first brewery. Legion Brewing’s new 12,000-square-foot space will open in September.

Yesterday, I got a tour from Legion Brewing’s marketing leader, Brittany Smith.

Legion Brewing’s second location will be on the ground floor of Capitol Towers in SouthPark. It’ll be a two-story space with a 2,500-square-foot beer garden patio. The main downstairs taproom will be approximately 4,000 square feet and a second-story mezzanine level will be 1,000 square feet with its own bar.

In addition, Legion SouthPark will have two private spaces available for rent — a 1,200-square-foot space on the lower level and 800 square feet on the upper level.

The main circular bar will have 16 seats. The woodwork is beautiful (old barrels and other reclaimed wood) and done by Carolina Urban Lumber.  On the second floor, you’ll also find shuffleboard, TVs and foosball.

I’m bullish. Given that SouthPark is in need of bars and Legion Brewing is already a well-respected brand, I expect the taproom to do well immediately upon opening. 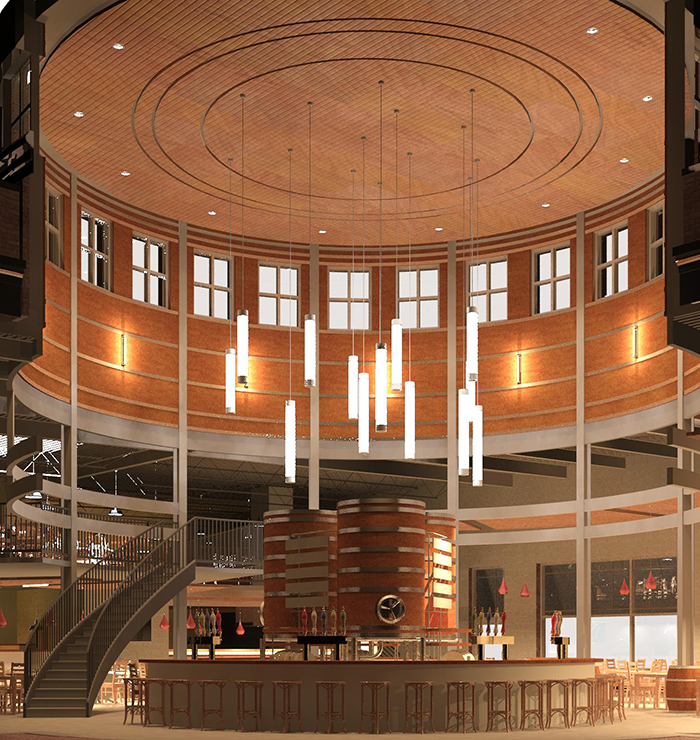 Legion has made a major mark in Charlotte over its two-year run in Plaza Midwood. Its current location is all about indoor-outdoor space and a comfortable feel. The SouthPark location will have a different aesthetic that fits the neighborhood but will try to keep a local watering hole type comfort.

Legion Brewing SouthPark will offer cocktails, wine and, of course, lots and lots of beer.

Legion will be pouring a wide variety of their own beers, including rotating seasonals and all their flagships — Juicy Jay, Project Pils, Freedom Park and Carolina Sparkle Party.

There will also be a local, rotating cider line and a nitro cold brew line that will feature Farmers First Coffee Company.

Cocktails will feature local spirits (I tried to get the cocktail menu, but it is still being finalized). 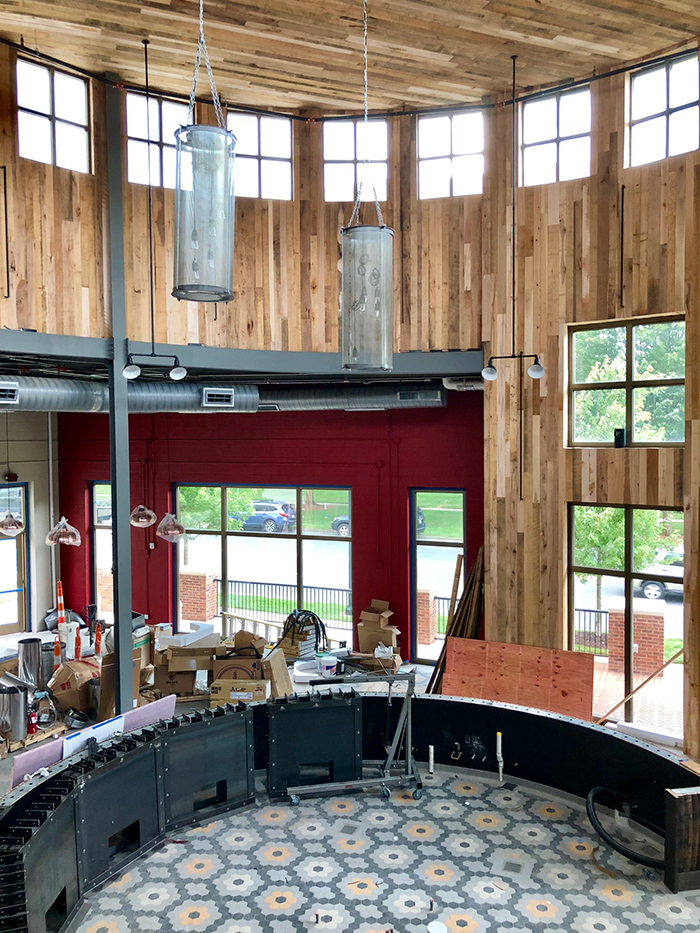 There will be three foeders (large barrels) in the middle of the circular bar. Scott Griffin, head brewer: “We will be using all local malt for the beers aging in our foeders — Epiphany from Durham, NC, Riverbend from Asheville, NC, Carolina Malt from Cleveland, NC and Copperfox from Williamsburg, VA.”

Expect a wide range of food options from shareable bar bites to steaks. Chef Gene Briggs, formerly the chef at Blue in Uptown, is currently finalizing the menu. 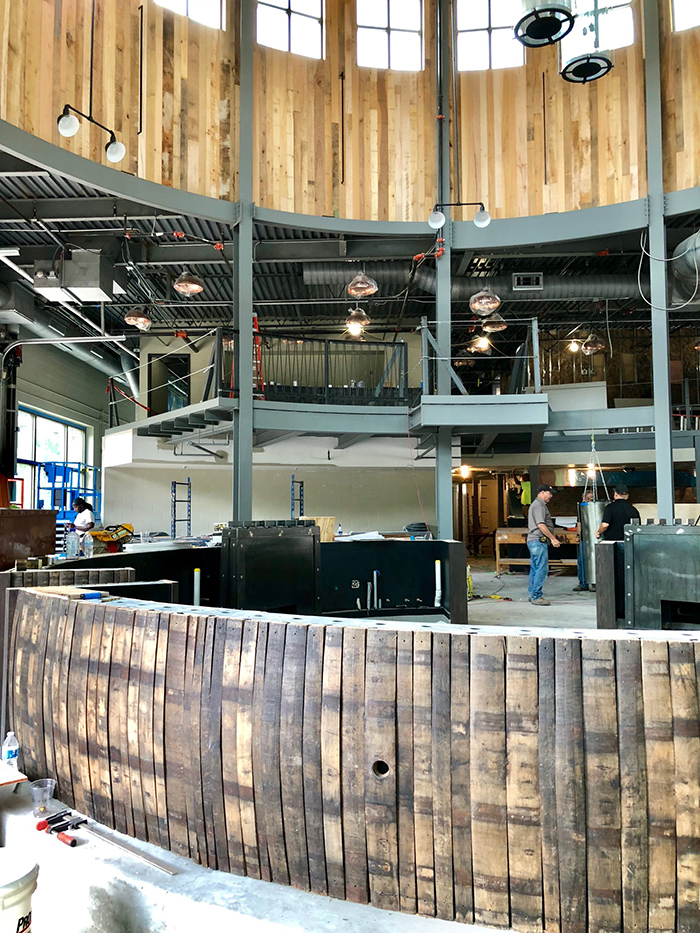 In this photo, you can see the mezzanine level up top – it has a view into the main area 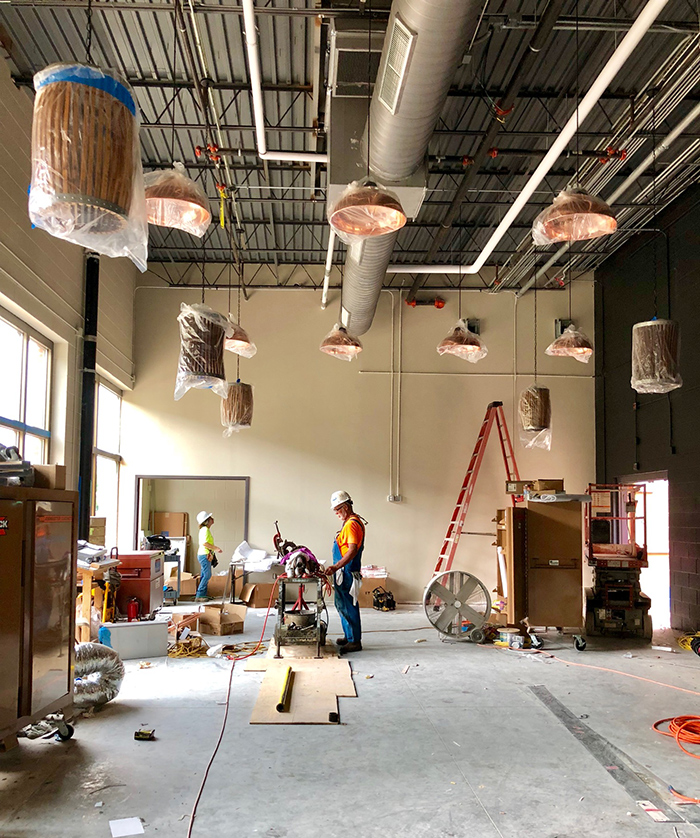 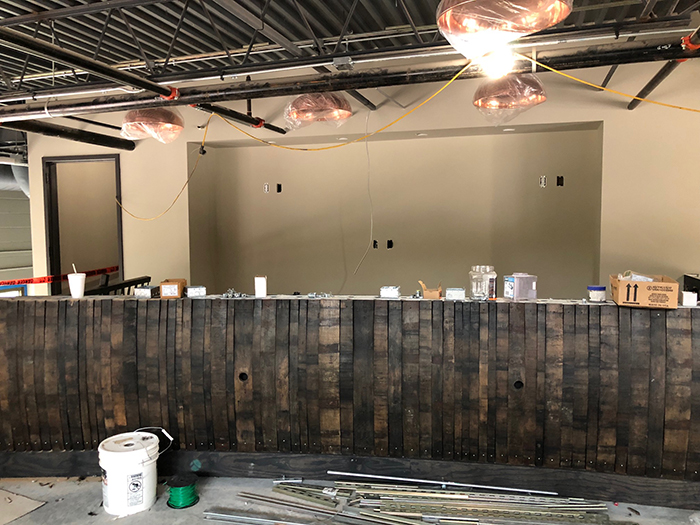 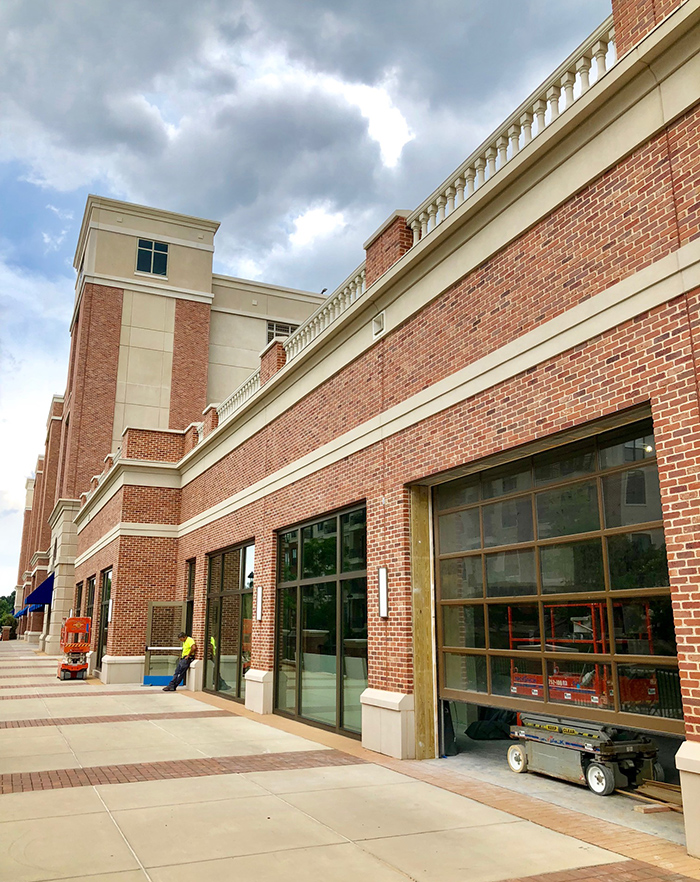 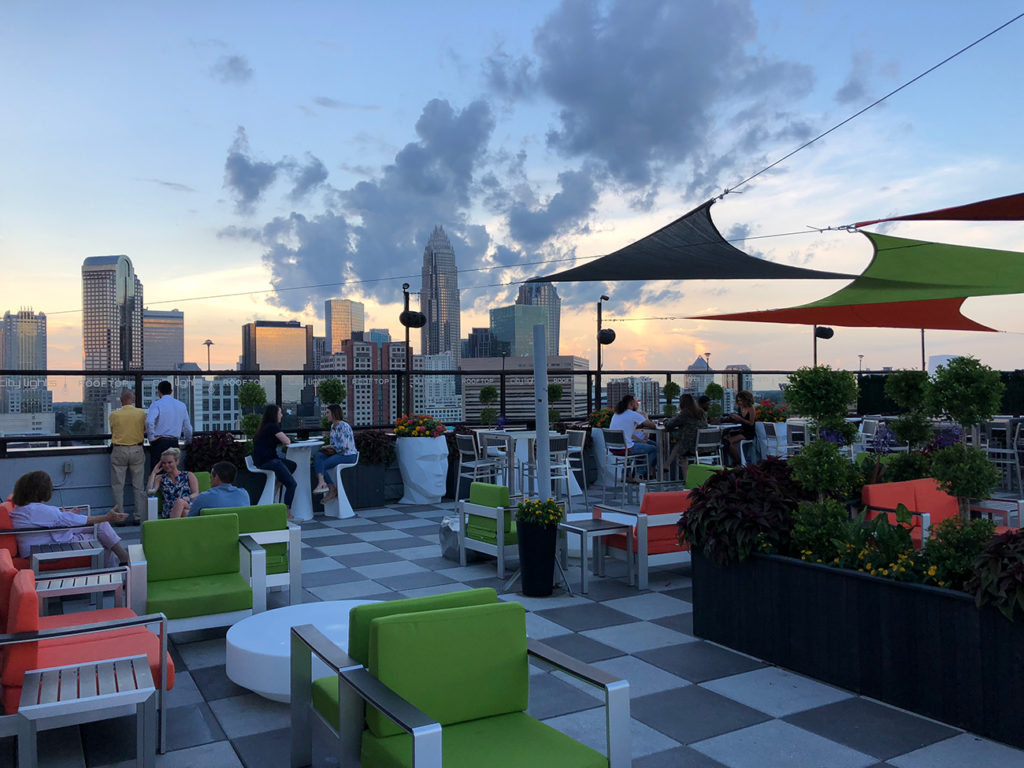