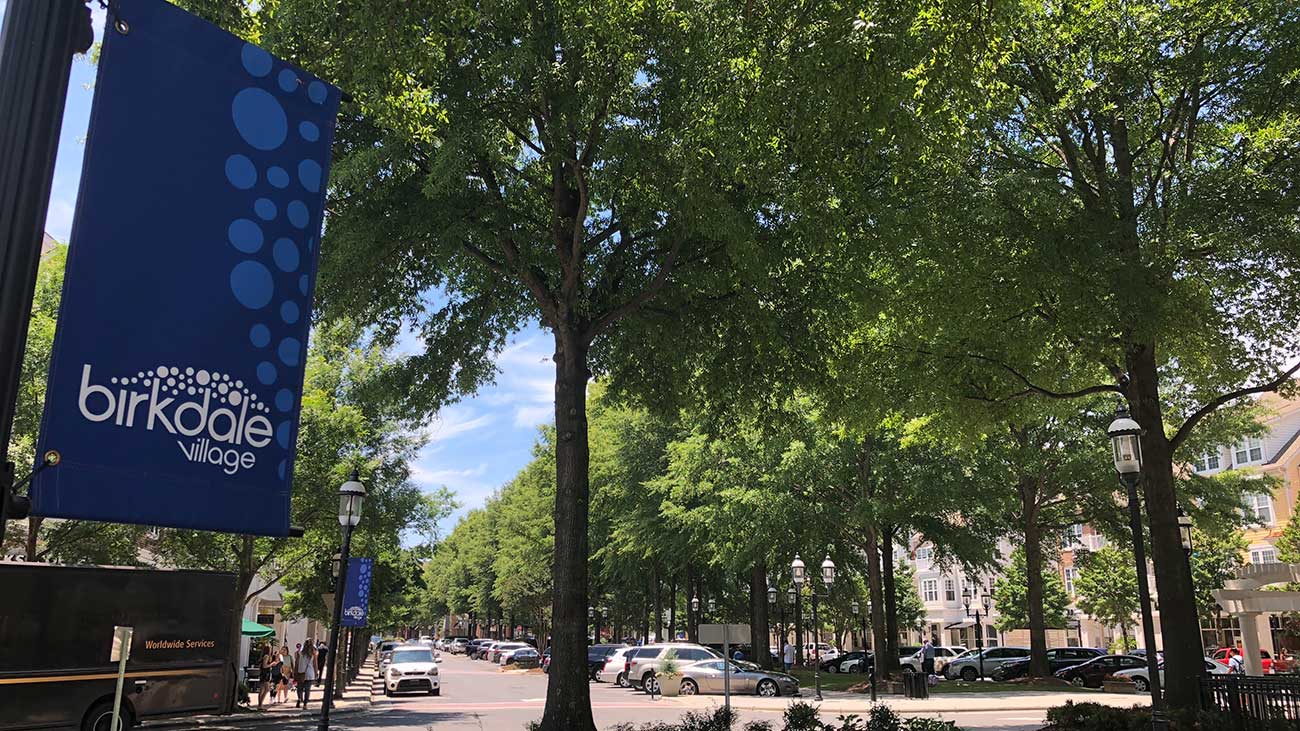 Anytime a developer starts on a new shopping center, you’ll hear something like this: “It’s the new Birkdale Village.”

Ayrsley, Blakeney, Rea Farms and Waverly in south Charlotte, Baxter Village in Fort Mill — all have been compared with Huntersville’s beloved community.

But even after all this time and all that competition, Birkdale is still the king of “live, work, play” in the greater Charlotte region.

What is Birkdale Village?

Birkdale Village is a planned community about 16 miles north of Uptown Charlotte, part of the town of Huntersville.

The project was approved by the town of Huntersville in 1997. Construction began two years later, and the development was mostly done by 2002. 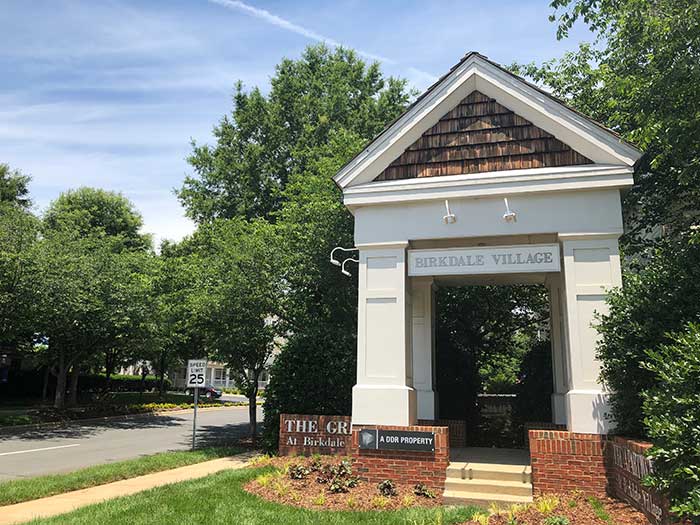 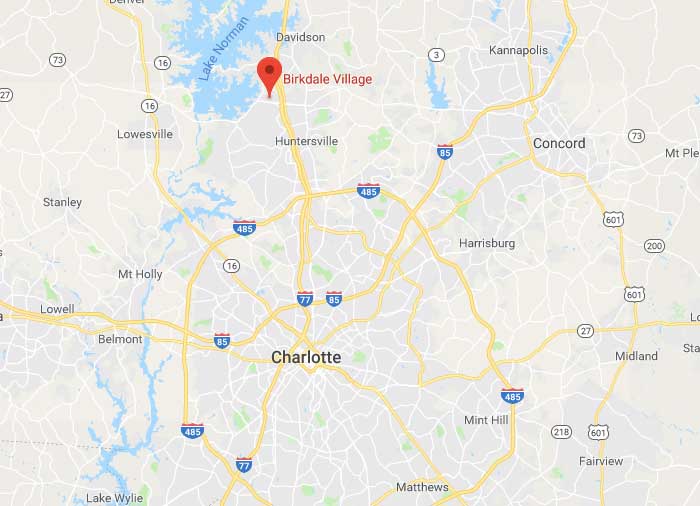 Like most mixed-use developments, Birkdale combines homes, office space, retail and restaurants — the three elements of “live, work play.” Here are the stats.

The project involved many of Charlotte’s power players in development. Shook Kelley did the design, LandDesign did the landscaping, and Crosland and Pappas Properties developed it.

But the numbers don’t really do it justice. Birkdale Village feels like its own little town, built around people walking from place to place rather than cars. There are ample tree-lined sidewalks running down the center of the development, with retail and apartments on the sides.

There are plenty of parking spaces, but they’re inobtrusive — at angles or in parking decks off the main street.

The restaurants have bustling outdoor patios and all the retail shops are made to look quaint. 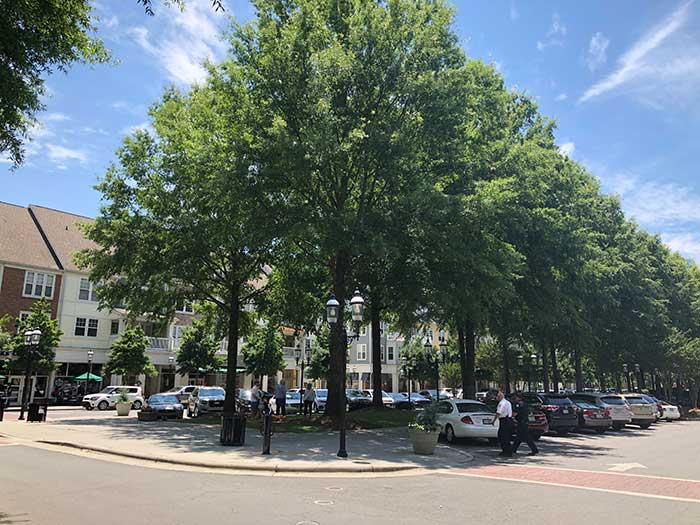 And all that is built around a centerpiece fountain. On a warm day, you’ll see tons of tiny tots playing there, supervised by their parents. It’s shady, peaceful and safe. 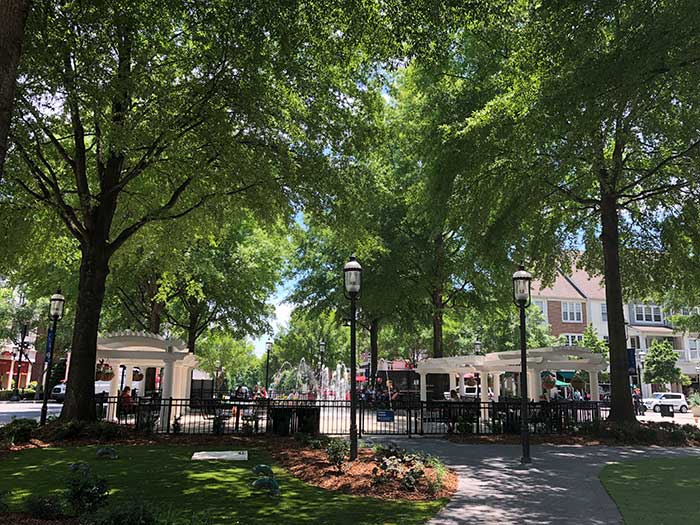 How much does it cost to live there?

The apartments are mostly on the floors above the retail shops and can be fairly pricey. Some are townhome style, while others are traditional or loft-style apartments.

Just behind Birkdale Village, there’s a small neighborhood of townhomes and bungalows that range from $250,000 to $350,000. 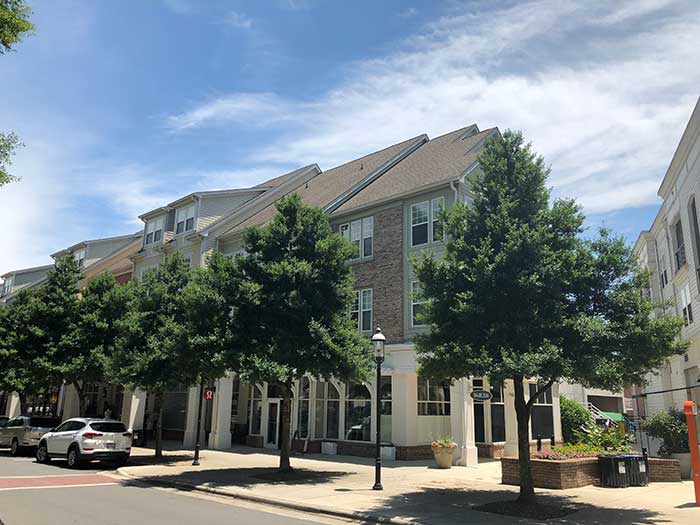 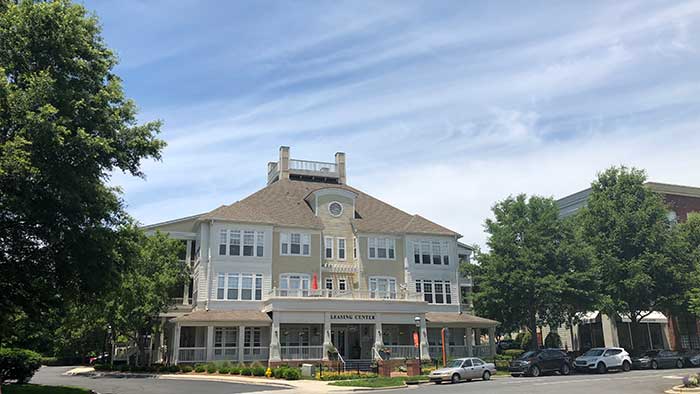 There are established retail staples like Dick’s Sporting Goods and Banana Republic and classic chains like Starbucks, Kilwins and TCBY.

Bad Daddy’s Burger Bar and Brixx Wood-Fired Pizza have locations at Birkdale, and Cava has announced they’re coming, too. 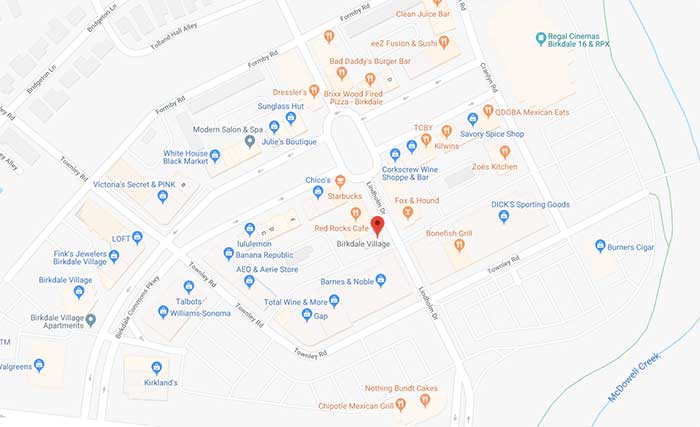 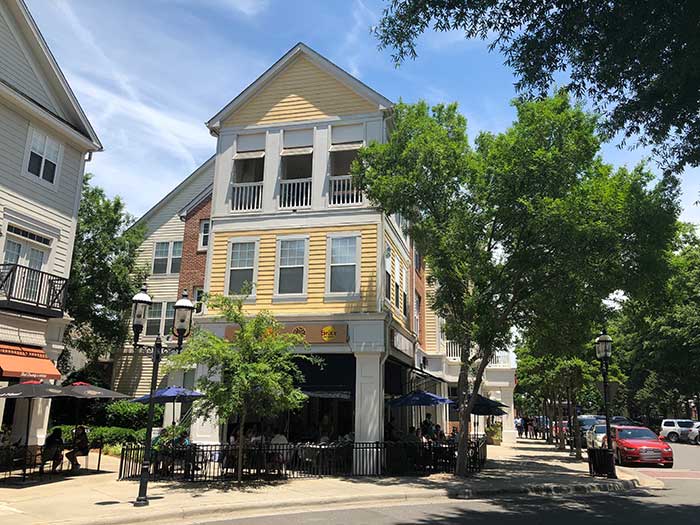 Can other developments come close?

Birkdale Village was one of the first developments built in the wave of mixed-use planning.

The tree canopy has had years to grow and establish itself. An entire generation has had time to grow up at Birkdale Village, and maybe even come back to rent an apartment there of their own.

It takes time for an artificially created community to grow roots, physical and spiritual. Developments today are at a disadvantage simply by virtue of being new.

No other development yet comes close to what Birkdale Village has created. Time will tell if others can follow in Birkdale’s footsteps. 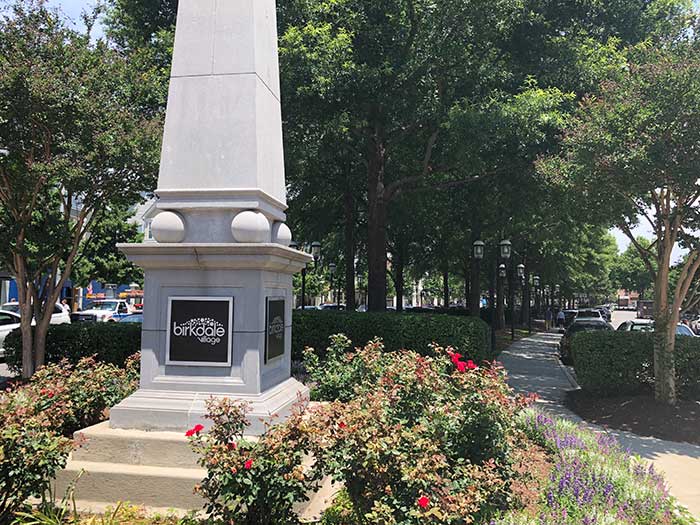 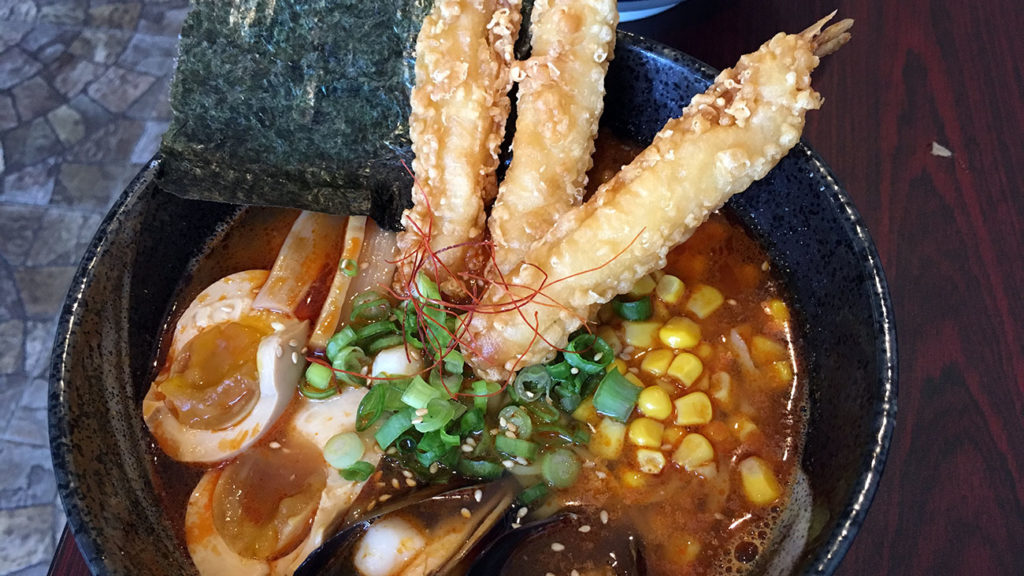