We ate all 39 Reuben sandwiches in Charlotte. Here are the 6 best 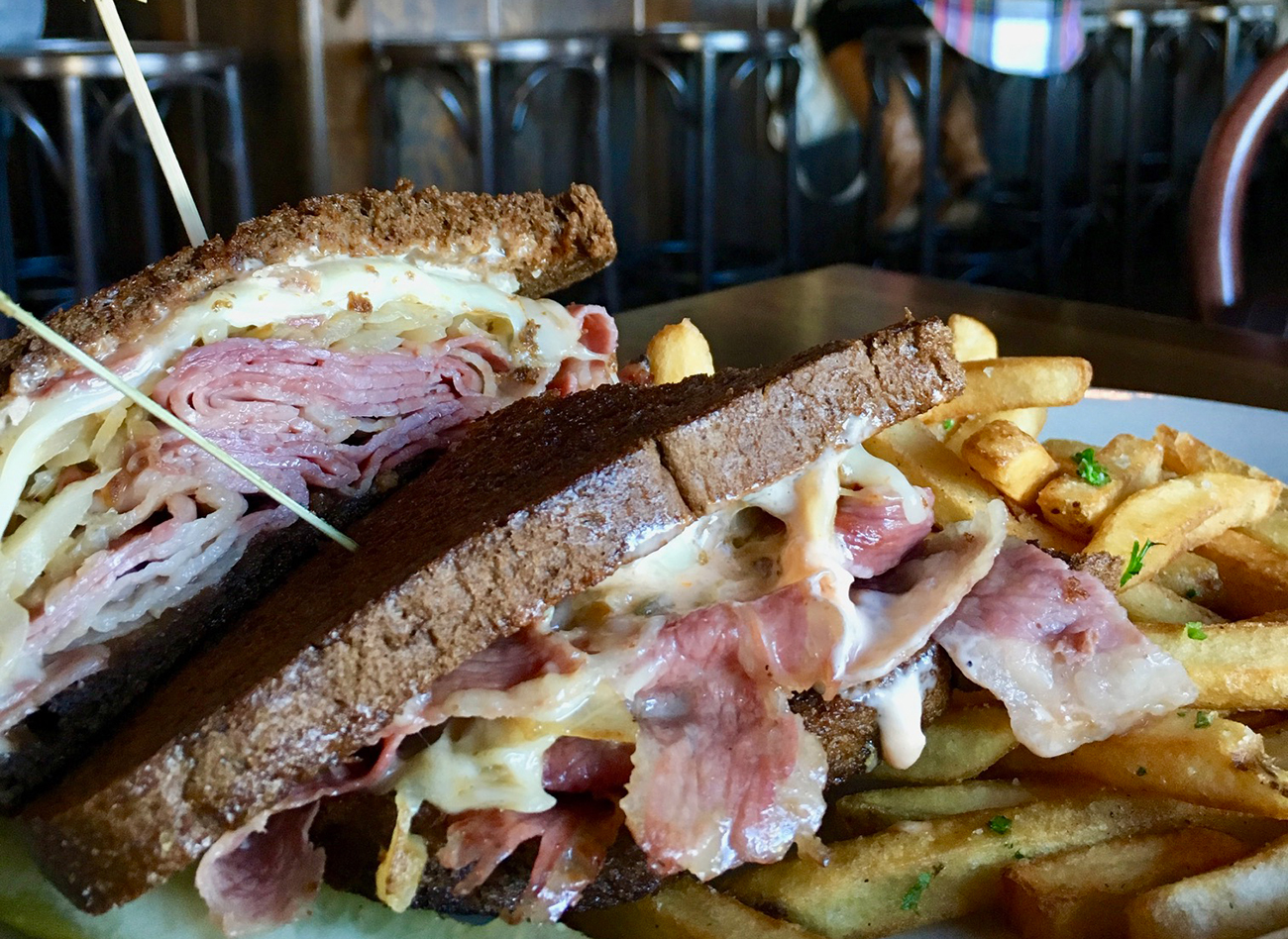 Note: This is a submission from Amy Hill and Adam Reichenbach, who are INSANE and ate way too many Reubens after being inspired by Agenda’ 50 must-try Charlotte Cheap Eats under $10.

It took us a full calendar year to eat our way through all 39 of Charlotte’s Reuben sandwiches.

Originally our goal was to rank the Reubens from best to worst, but as the list got longer and longer it became more difficult to distinguish how a Reuben with a certain score compared to a Reuben with the same score from 10 weeks prior. You get it.

So we bucketed our city’s Reubens into the following tiers based on their score:

The rating scale was out of 10 (although none ended up higher than a 9) based on the average of our two ratings. You can view the full Reuben scores and rankings on our homemade Reuben blog. 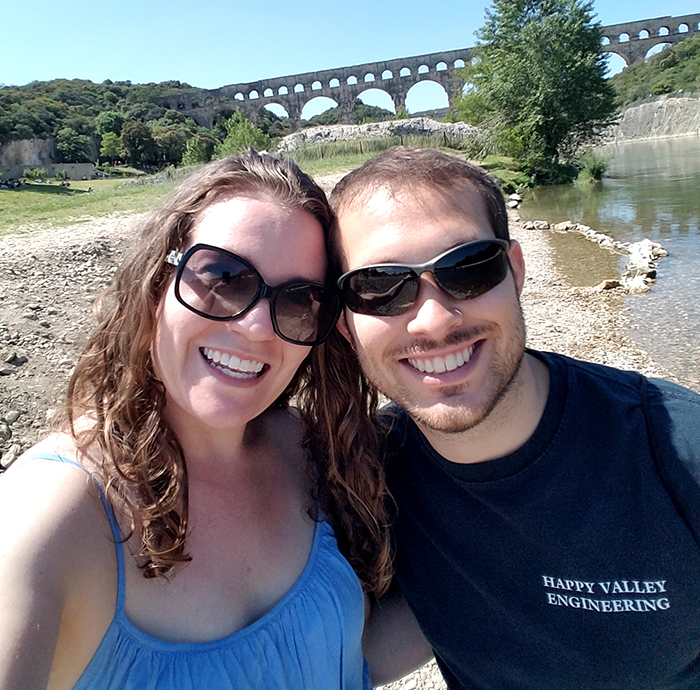 Here’s a complete list of all restaurants with Reuben sandwiches within 10-15 minutes of Charlotte’s center city.

Yes, we ate and scored Reubens from all 39 of these restaurants.

Here are the 6 “elite” Reubens in Charlotte.

The corned beef was incredible. Braised and flavorful, this was no typical lunch meat corned beef – this was clearly done in house. Its thick and juicy consistency reminded us of homemade corned beef and cabbage on St. Paddy’s Day.

The cheese had enough flavor to break through the other ingredients, something that no sandwich had done so far in our Reuben journey.

The sauerkraut had that perfect pickled tang that you look for in a Reuben.

The bread was the low point, being a rather typical marbled rye with average crispiness. It was a little thin which turned the crust a bit too hard and the rest just a bit soft. 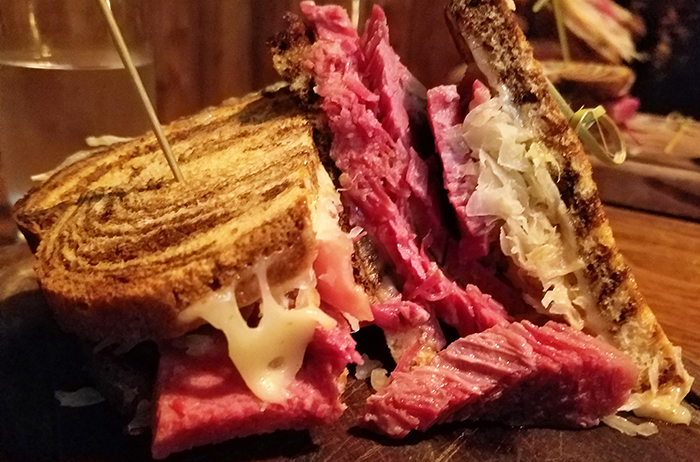 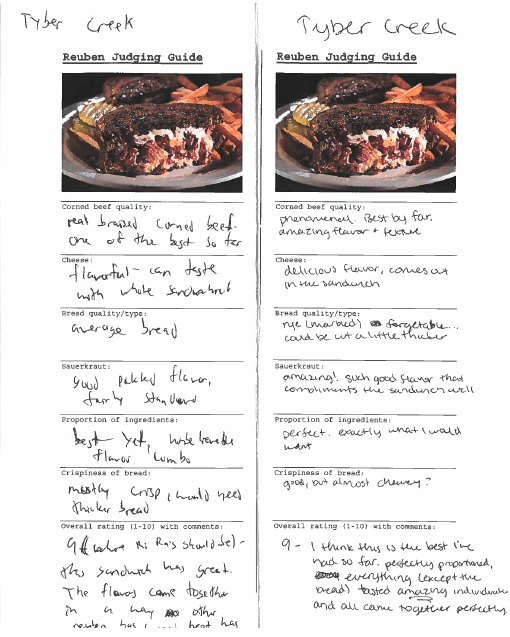 This is our reuben scorecard.

Sporting a relatively traditional Reuben, the ingredients interacted extremely well, including their own special touch – mustard and horseradish. The kick was enough to take the traditional sandwich up to the next level while maintaining a Reuben feel.

The ingredients on their own were pretty good, but not the best we had. The corned beef was good, but nothing special, slightly above average. The kraut was also pretty typical and did not stand out from the others. The sandwich included generous portions of swiss and Russian dressing, which added layers of delicious fatty flavor. The bread was great – good rye with a perfect crisp.

Although the ingredients on their own might not have amounted to much, the perfect proportioning made this sandwich a winner. 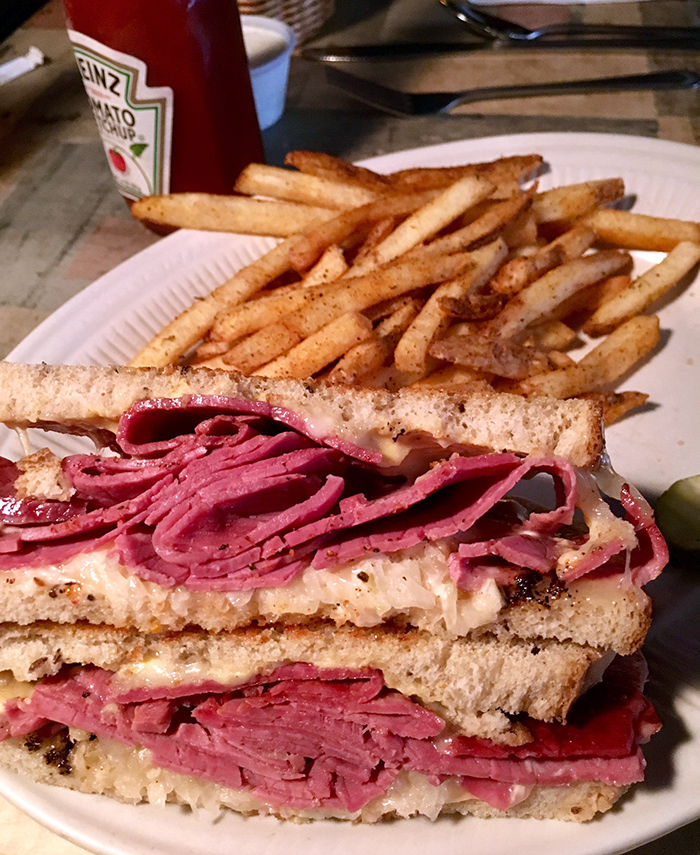 Ri Ra sports a mostly traditional Reuben – beer-braised corned beef, swiss, rye, house-pickled cabbage, and Marie Rose sauce (had to look this up – not too far off from your traditional Russian dressing).

The corned beef was incredibly juicy and flavorful, and we both agree it’s some of the best we’ve had in a Reuben. The locally produced rye bread was delicious, and it was also crisped up perfectly.

The home-made kraut was tasty, but we both agreed it was lacking compared to the other ingredients and the Reuben needed much more of it. So although each individual ingredient was very good, the proportions held this sandwich back from being a clear #1. 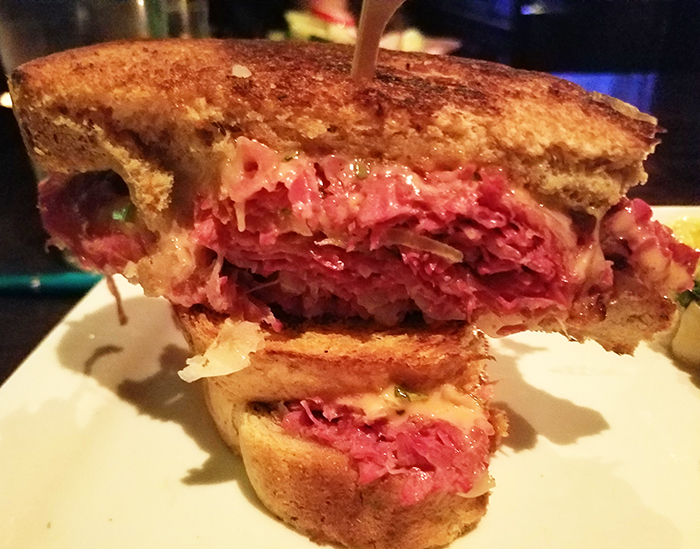 The corned beef was buttery and flavorful, a unique flavor and texture combination.

The flavor came through in a similar way to the delicious corned beef of Ri Ra and Tyber, yet it was thinly sliced.

The sauerkraut was cut too long and was stringy which felt a little strange while chewing the sandwich. Although the texture was very odd, the flavor was outstanding. 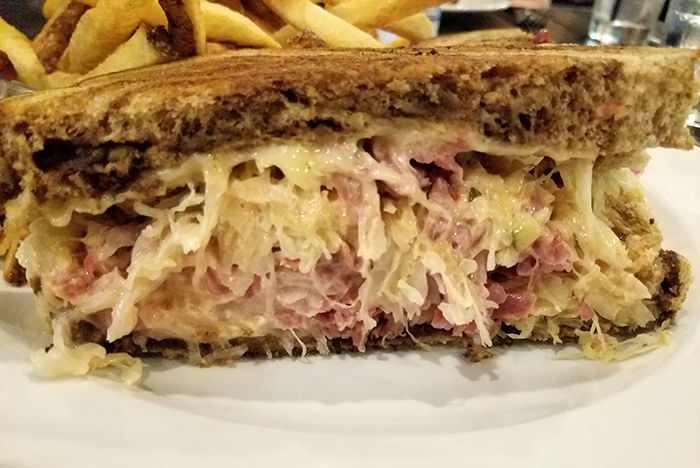 The corned beef was average. Nothing special, not much flavor, but good texture.

The cheese was very mild, so its flavor didn’t really come through at all.

Here’s the good part: The bread. Today is the day that we decided that bread can make a sandwich. This rye bread was delicious. It had a strong delicious rye flavor and was a perfect complement to the sandwich. On top of that, it was perfectly crisp.

We also loved the sauerkraut because it was German and tart without overpowering the rest of the sandwich. 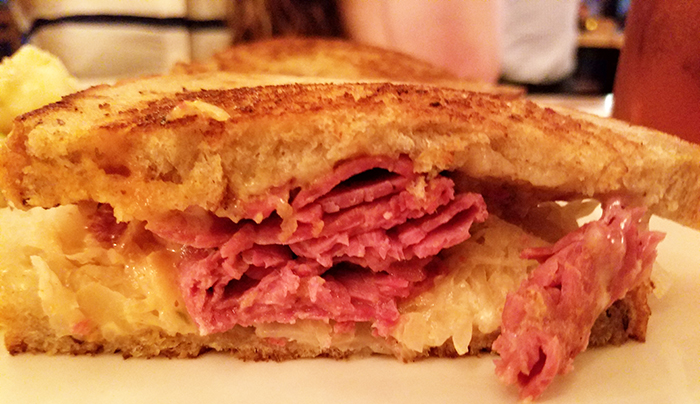 Murphy’s sandwich was really put over the top by the quality of the corned beef, although it was a little salty. The cheese was pretty mild, making it difficult to distinguish as swiss. Both of us felt that the rye bread was flavorful, but Amy’s wasn’t crispy enough.

Overall, we liked how the dressing, cheese, and kraut combined together to complement the corned beef and the bread. We’ll definitely be back to Murphy’s soon. 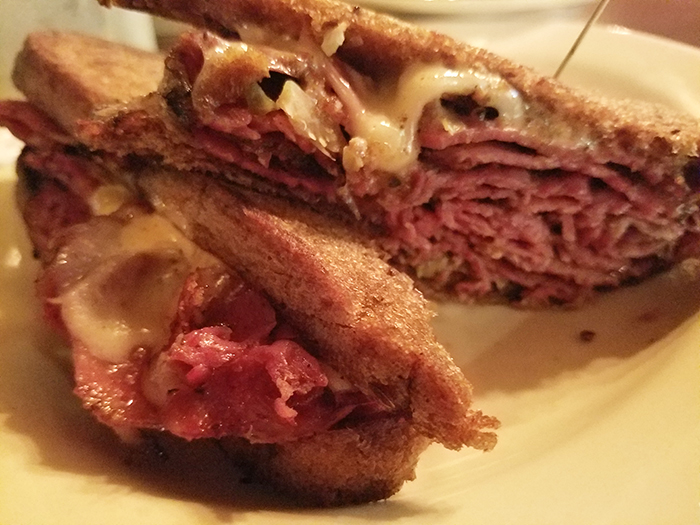 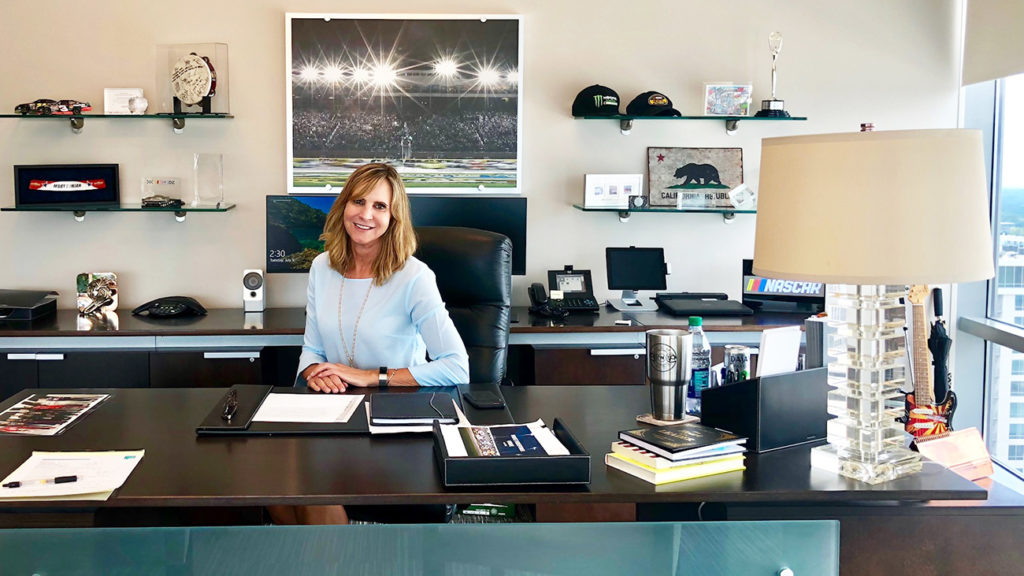 How I Work: 18 quick questions with Jill Gregory, EVP and CMO at NASCAR