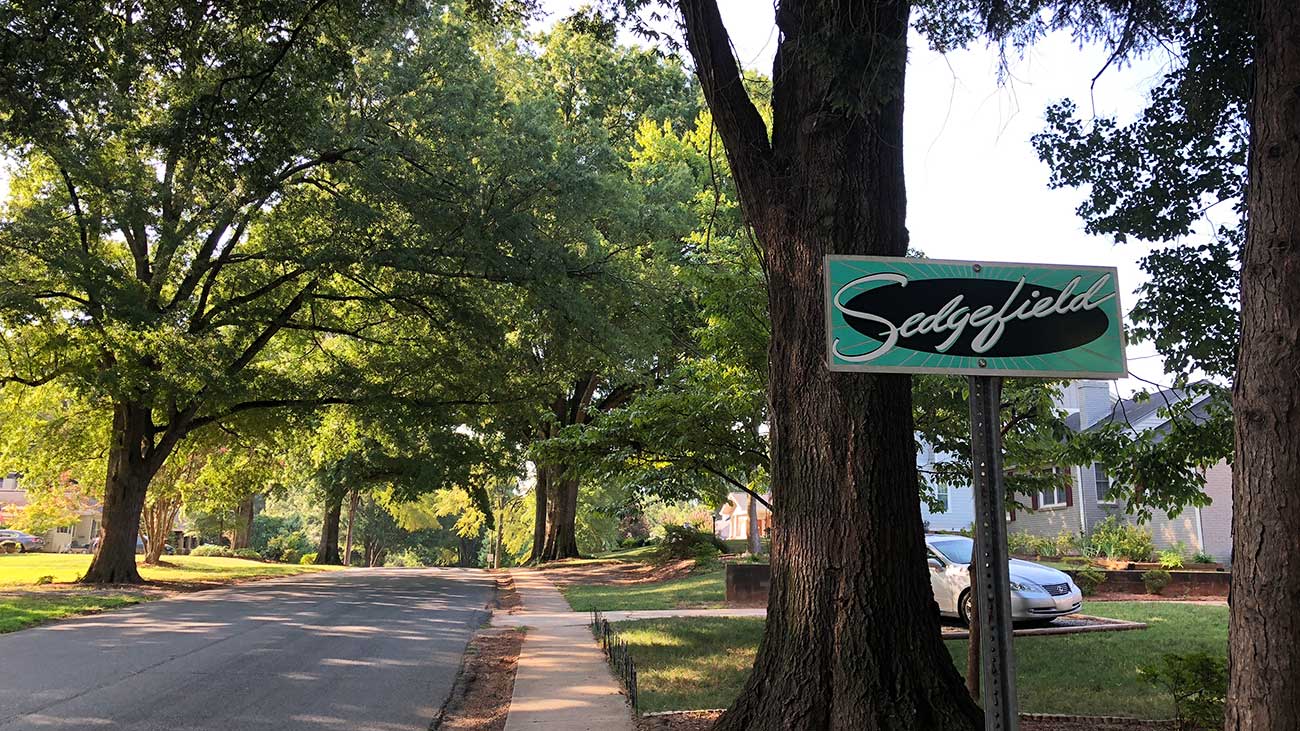 Not that long ago, the Sedgefield neighborhood was a nearly overlooked enclave in south Charlotte. 1950s-era homes and large yards lined quiet streets. Affordable starter homes sold around the magical $200,000 price point. These days, that won’t even get you a vacant lot.

A half-decade into Charlotte’s real estate boom, Sedgefield is well into its transition into an affluent suburban neighborhood. Now the question becomes: What will its identity be?

Will Sedgefield feel like an extension of neighboring Dilworth and Myers Park?

Will it become the neighborhood the upwardly mobile young professionals of South End move to when they’re ready to buy property?

Or something else entirely? 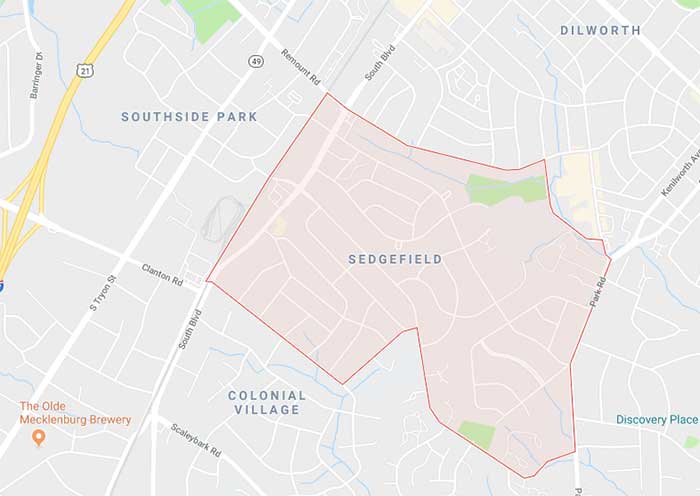 There are still streets of low-slung houses that make you think of “Leave it to Beaver.”

The neighborhood dates back to the 1940s, immediately after World War II.  Most of the homes were one-story cottages under 1,000 square feet. A number of these still stand today, shaded by an expansive tree canopy. 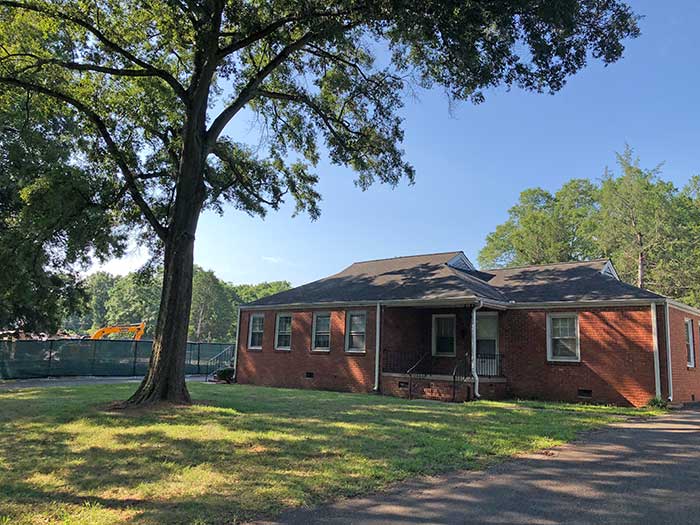 But there are just as many streets jammed with trucks and construction wrap.

Newly married couples and families with young children are moving in, and longer-term residents with teenagers or grown children are deciding to stay.

Combined with a renewed interest brought on by South End’s development, there’s a lot of money pouring in.

“We are not a transitional neighborhood anymore, we are a long-term investment destination location,” says Will Johns, vice president of the Sedgefield Neighborhood Association. “So much is growing up around us. We are benefiting from the city coming to us.”

New developments and changes are transforming the area on all sides.

To the west, the new Sedgefield Shopping Center has an anchor in Harris Teeter and trendy restaurants like Holler & Dash and Nekter Juice Bar. To the south, Sedgefield Elementary has merged with Dilworth Elementary in a move that’s strengthening both schools.

And all throughout, homes are being rebuilt bigger and nicer.

Lots today are selling for more than $400,000 and tear-downs are widespread. Of the 26 homes listed for sale in Sedgefield last week, 17 of them were new construction, according to Zillow.

The new homes are coming in at more than 3,000 square feet — three times the size they were before. 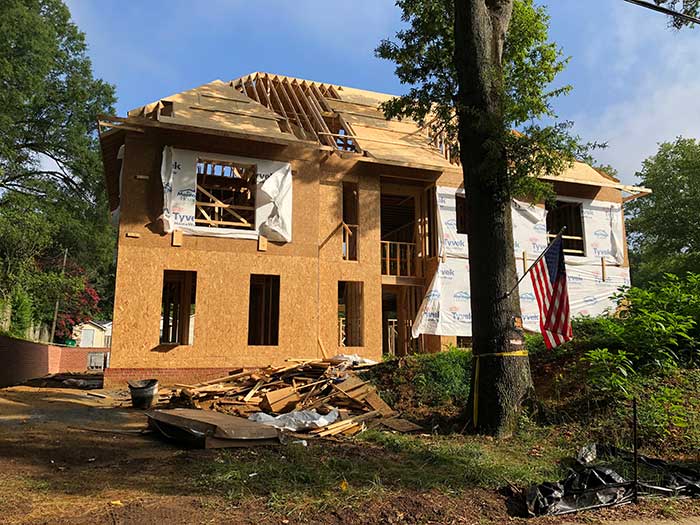 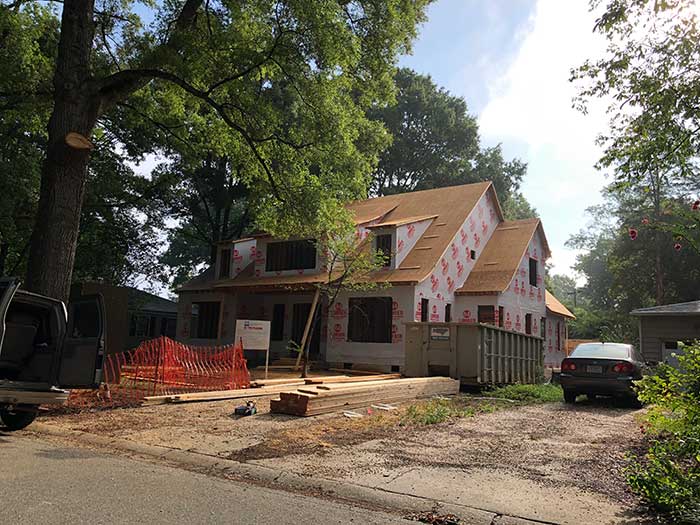 All this development has steadily pushed home values in Sedgefield northward. In 2014, real estate data firm Redfin marked the neighborhood as one of the hottest in the country.

In the past year, the average value has gone up 22 percent after three years of 15 percent growth, says Michael Seaton, a Sedgefield resident and broker with RE/MAX.

But just this year has Sedgefield reached a milestone — the million-dollar mark.

Three total homes have sold at or above $1 million, Seaton says. 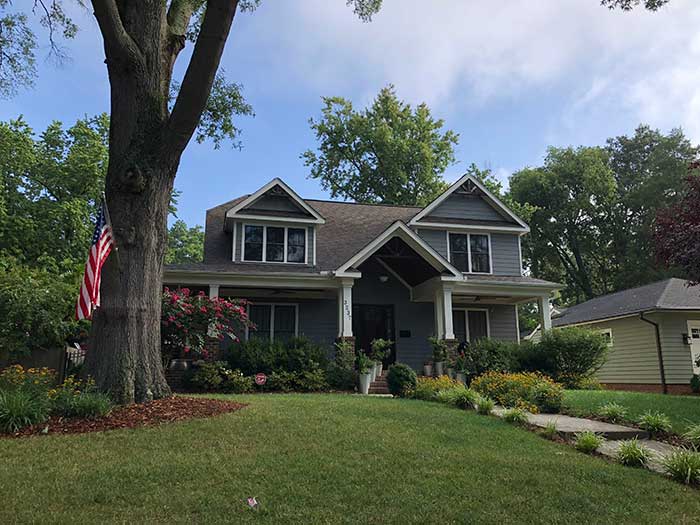 These three were the first in Sedgefield, but they certainly won’t be the last.

A 4,200-square-foot new construction home is on the market for $1.05 million, and another could get there with a bidding war.

Compounding the matter is the fact that so few homes are on the market. This is an issue Charlotte-wide, but particularly in areas like Sedgefield. 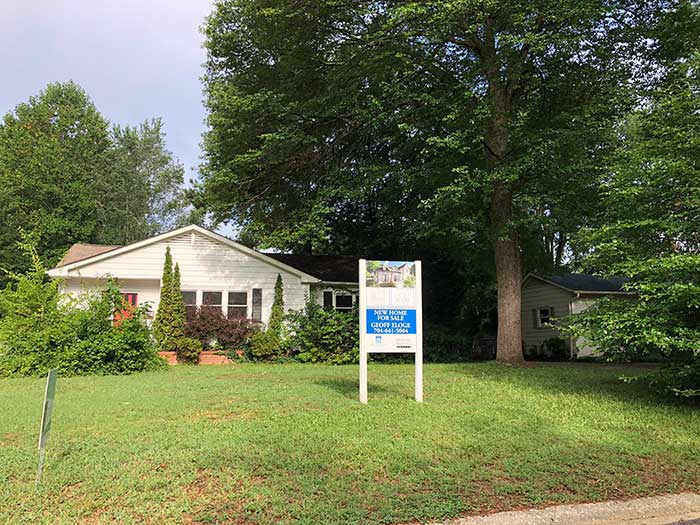 The neighborhood association is using the new energy to bring the community together. At a meeting with the city earlier this year, they laid out plans for more neighborhood events, Sedgefield street sign toppers, more greenway connections, a community garden, and improvements to Sedgefield Park. 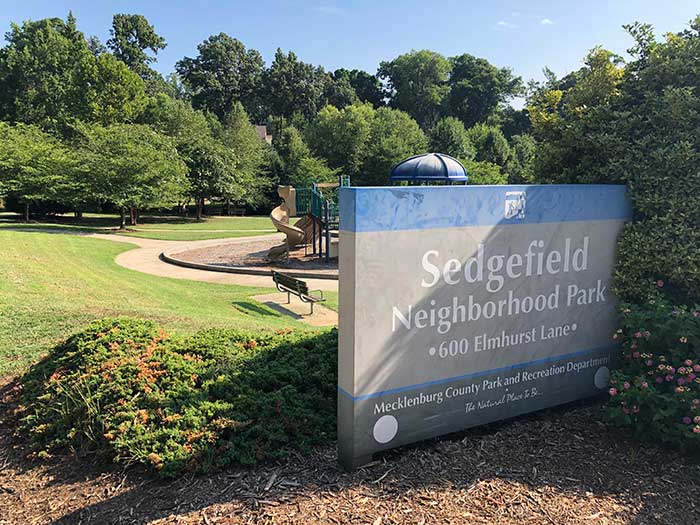 But there’s also a desire to control what Sedgefield becomes. Some residents have voiced concerns that the new development looks out of place and is overwhelming the older homes.

For now, Johns said that is under control.

“We are glad to see builders respecting the neighbors and the heart of what makes Sedgefield special,” Johns says, “Our trees and walkability — and helping us to grow into a more vibrant diverse and strongly knit community.”

But one thing seems clear: Sedgefield will one day be a neighborhood full of million-dollar homes.

“It’s bound to happen, but we are not on a fast track,” Johns said. “We are enjoying a sustainable and manageable growth.” 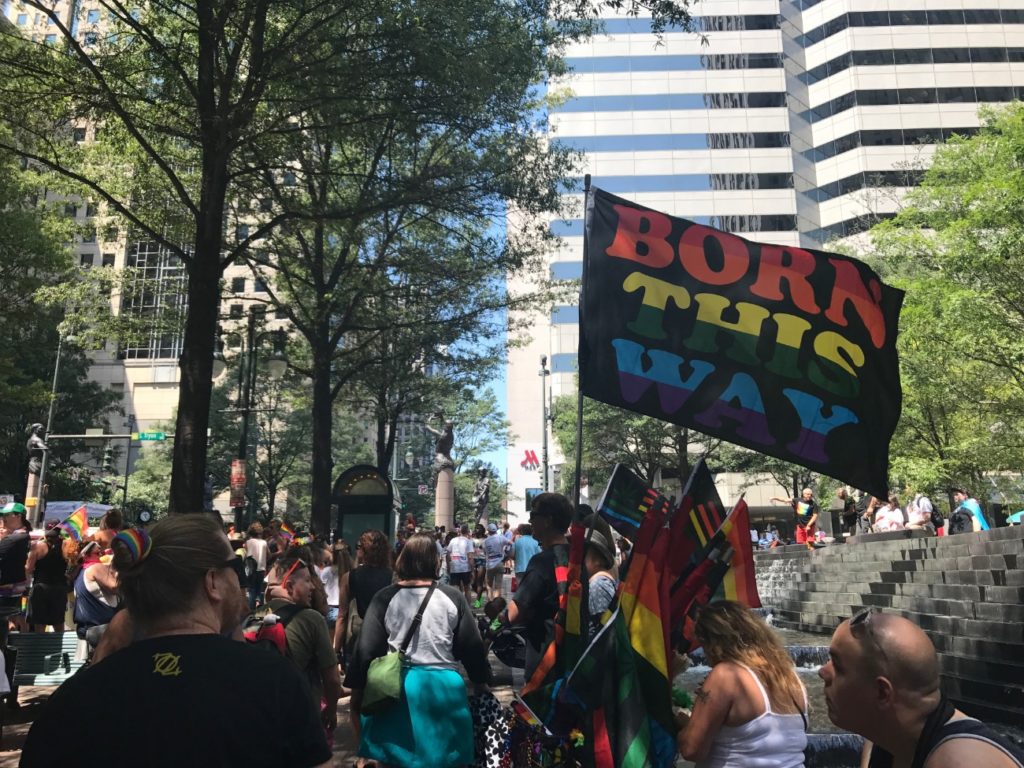