I rode a Bird scooter 14 miles in one day. Here’s what I learned 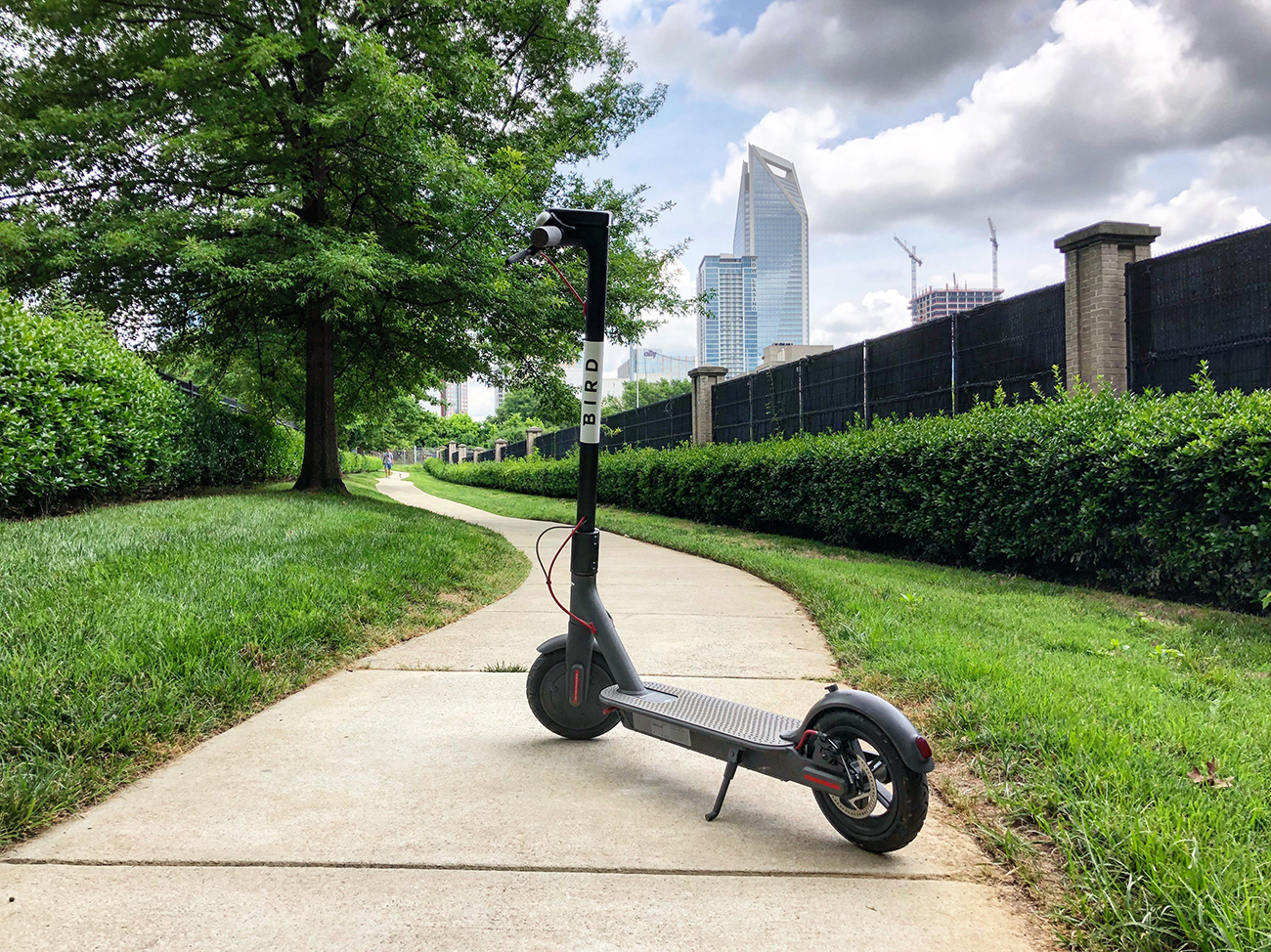 I absolutely love the controversial new electric scooters that hit the streets of Charlotte back in May so I decided to spend an entire day on one — no car, no Lyft, no bikes, no public transportation. All scooter.

It’s not that the scooters are designed to fully replace any other traditional mode of transportation. In fact, they’re positioned to bridge the gap for short trips between existing infrastructure — from your house to a bus stop or a bus stop to the light rail, for example. And, let’s be real, they’re little more than a Sunday Funday brewery-hopping novelty for a lot of people.

But since I live a mile from Uptown and rarely venture outside about a 5-mile radius, I decided to do a little experiment to see what it’s like to be a full-time scooter commuter.

I rode Bird all day and covered 14 miles in 7 separate trips totaling 2 hours of on-scooter time. It cost me $25.

Yes, I wore a helmet and, yes, I stayed off the sidewalks (90% of the time). Here are some field notes for an all-day scooter experience…

You have to pack light – Without bike luxuries like a basket, rack or cupholder, everything you need has to be strapped to your body. I usually travel with a backpack, gym bag, lunch bag and purse and just use my car trunk as storage all day. For the scooter, I had to condense it all down into just my backpack — and it was heavy.

I had a mile walk from my house to get to my first scooter – Unless you live right in the heart of Uptown, don’t expect to find a scooter outside your door — especially first thing in the morning when they’ve all been charged and placed back in central locations. It took me 15-20 minutes to get to my first Bird. When I’m in NYC, I’ll easily clock 10+ miles of walking in a day, but in Charlotte the one-mile stroll feels like a burden somehow.

I neglected to charge my phone, the thing that powers the entire scooter experience, the night before – I don’t usually think about charging since the iPhone X battery lasts 100 years and I can always plug my phone in while I’m in my car. But with Bird, I had to have it juiced up to unlock the scooter, pay and track my ride. I ended up pulling out my laptop in a parking lot at one point and plugging in to charge that way. Amateur.

Scooters absolutely belong on the road – With a few exceptions, I kept my scooter commute off the sidewalks but at my discretion — much the same way I commute on a bike. I hopped on the sidewalk when I got anywhere near an I-277 on ramp and when I felt it would ease the flow of traffic behind me if I got out of the way to let cars pass before moving back into a break in the line.

In those instances, I was on sidewalks without pedestrians. If there was a bike lane, I used it. The official rule, of course, is that scooters have to be used on roads, but very few people abide by that rule. There is never a reason to be on a scooter on a crowded sidewalk in Uptown or South End.

While it’s important to get new scooter riders up to speed on the importance of being on the road, it’s also important to remind drivers that they, just like bikes, have a right to be there. 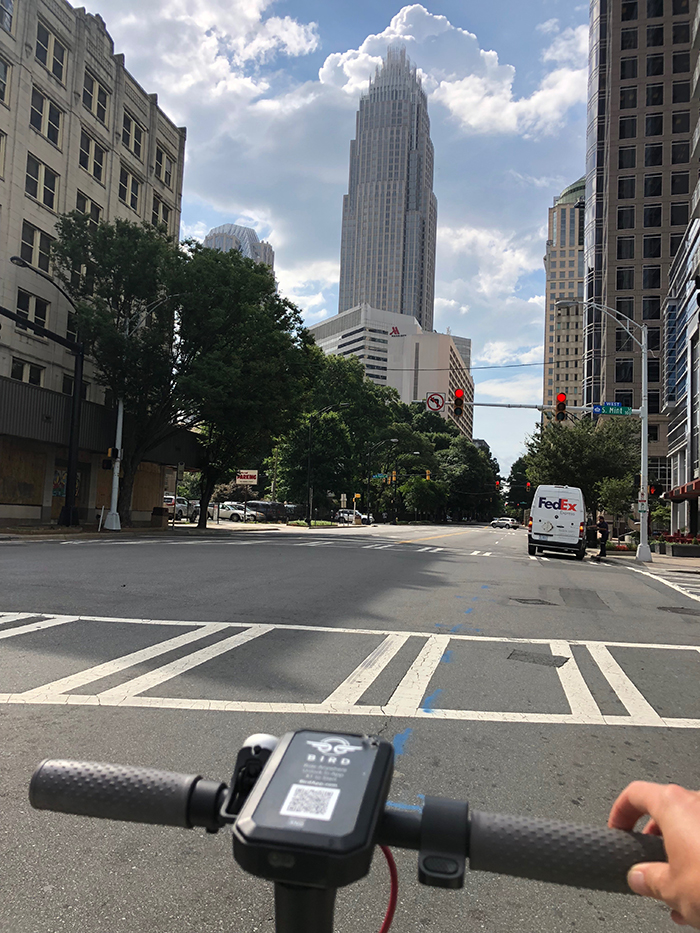 The fear of someone taking my scooter almost negated the fun of scooter commuting – It’s no big deal to park a scooter Uptown and return to find it gone. There will be another one around the corner. But when I got just a tad bit farther out and had the lone scooter in Elizabeth as my primary mode of transportation with a storm rolling in, you better believe I was stressing.

I passed on grabbing coffee at Earl’s for fear that someone else would unlock it and zip off with my only hope for getting home before the rain. Pro Tip: You can actually lock your scooter and keep the clock running without ending your ride. This continues to charge you and makes it unavailable to other riders. I didn’t know this was an option until afterwards. 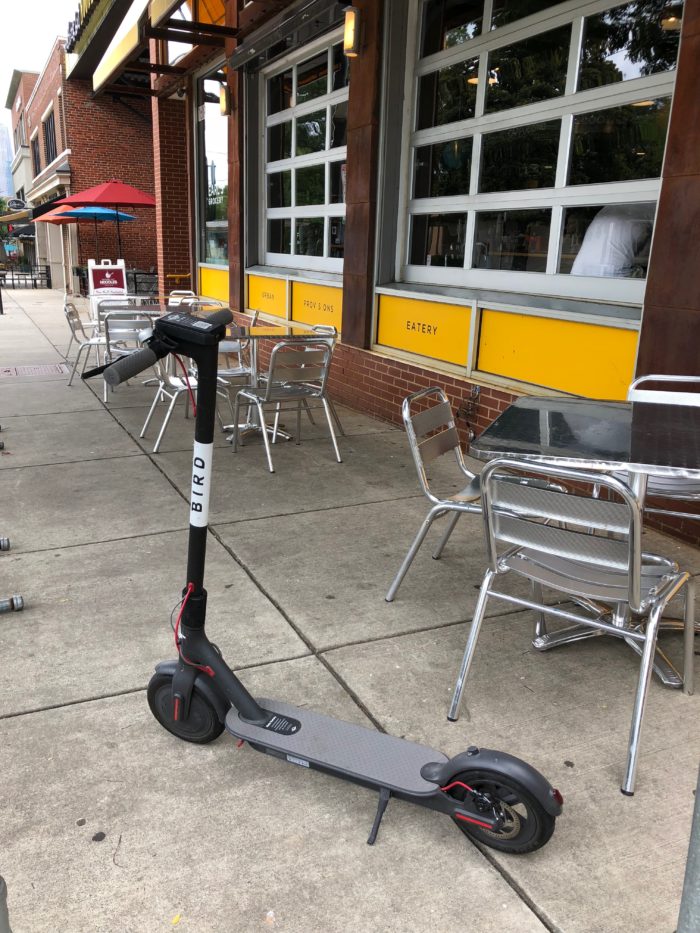 Brutal summer heat is surprisingly bearable on a scooter as long as you’re moving – The scooters are quick (about 15mph max) so I caught a nice breeze most of the time. And since I wasn’t exerting any effort to pedal, I was as comfortable as you could be outside in Charlotte all day in late June.

Just wear a damn helmet – Again, this is a rule required by law that no one follows and I think you’re out of your mind for it. I look at the scooters the exact same way I do a bike and I would never get on a bike without a helmet. 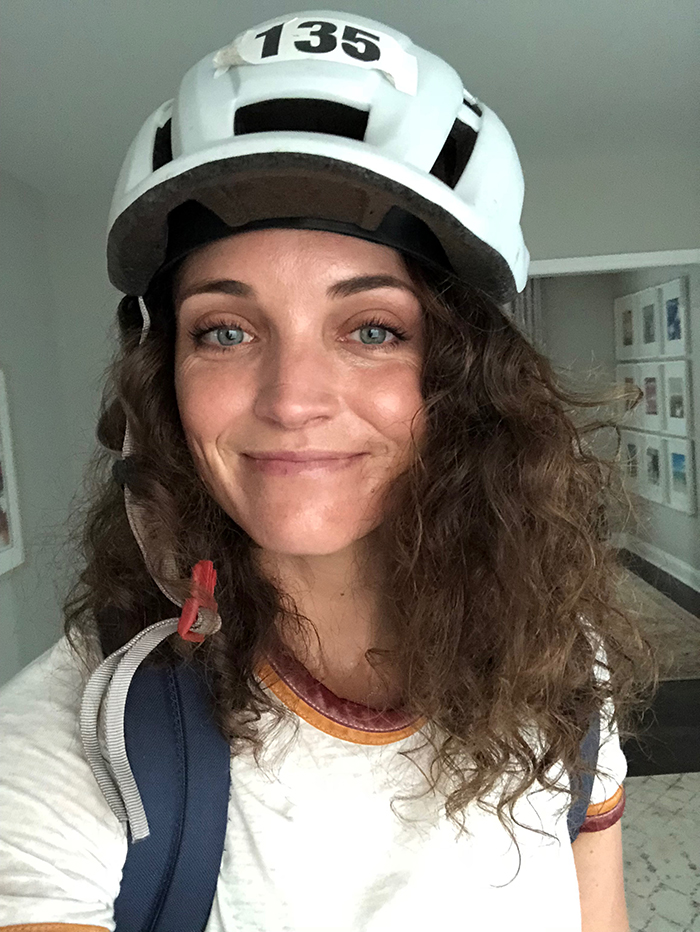 Scooters are pricey – Though the cost of individual rides seems nominal, a full day on a scooter really adds up. You’ll pay $1 to unlock and $0.15 per minute after that. My 7 rides cost me $25, which is considerably more than I’d spend on gas or a bus pass. But again, I was using the scooter as full-time transportation, which isn’t its intended purpose. I’d love to see Bird offer a monthly unlimited pass to dedicated users who plan to ride a lot. Still, if you love it that much, buying your own electric scooter is the way to go. Something similar to the Bird scooter looks like it sells for about $500.

My biggest takeaway from my day of scooter commuting was that it felt almost exactly the same as bike commuting so I was extremely comfortable on the road, but most people aren’t.

The only reason I felt comfortable on the road on a scooter is because I got comfortable on the road on a bike first by taking a Cycling Savvy class. I almost never rode my bike in Charlotte and refused to ride on the streets prior to taking that class. It completely changed the way I look at non-car commuting on shared roads and, although it’s different, I felt everything I learned about bikes at play while I was on the scooter. 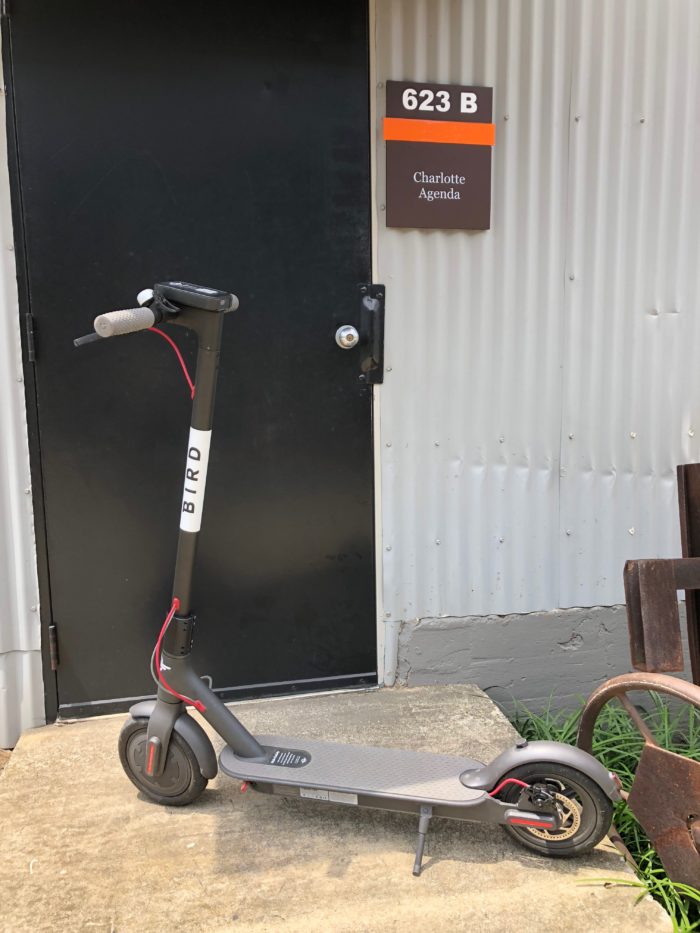 It may feel like cars own the streets in Charlotte, but they don’t. Bikes — and now scooters — belong there and have rights there too.

If riders of scooters and drivers of cars would treat the new scooters like a legitimate mode of transportation and not like a novelty or a nuisance, we could find a way for them to peacefully coexist together on the streets and off your sidewalks.

Oh, and in case it doesn’t go without saying, riding a scooter is extremely fun. 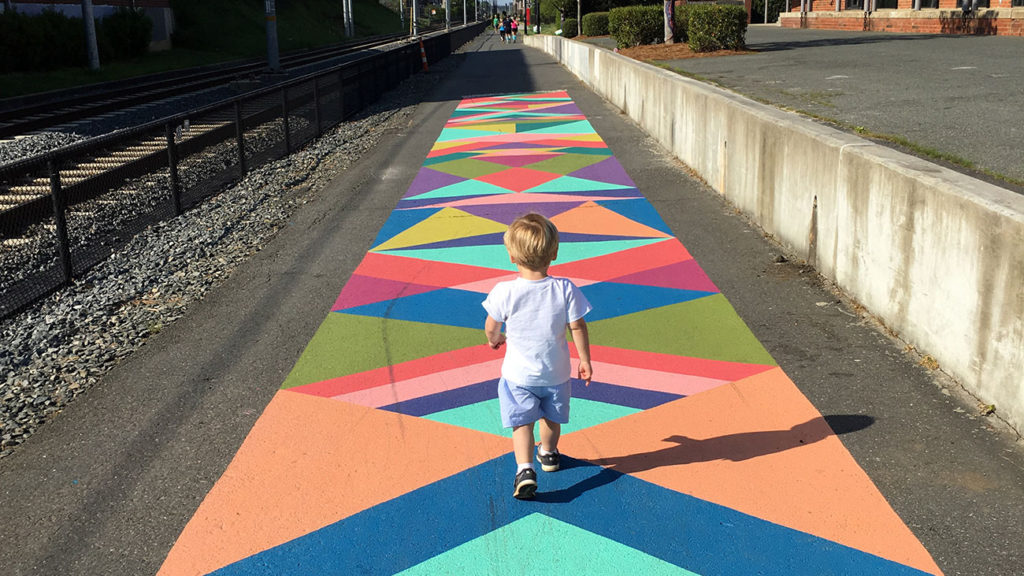