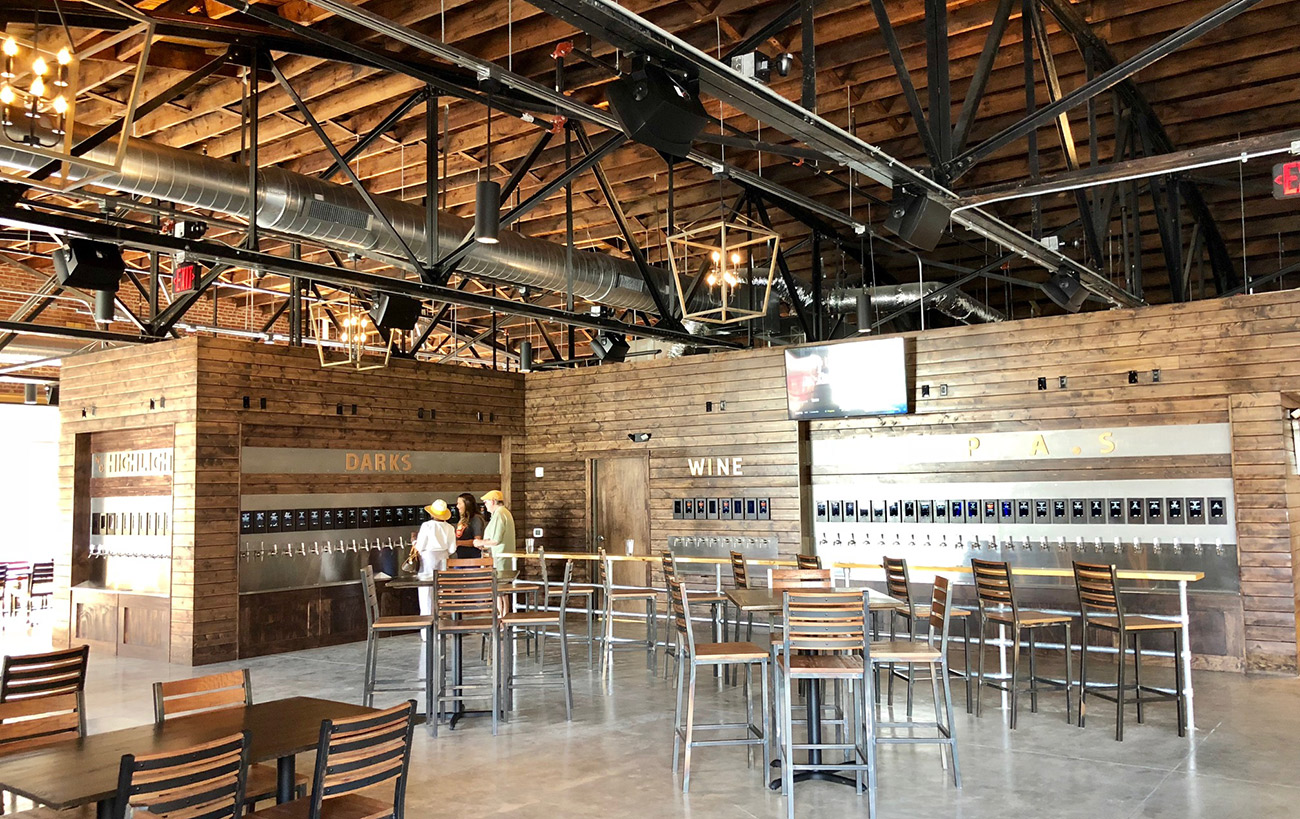 This article was updated September 2018.

Pour Taproom, a Hoppin’-style self-serve bar with locations in places like Durham, Asheville and Charleston, is now open in Plaza Midwood.

Pour Taproom Charlotte quietly opened on Saturday afternoon. I swung by for a few beers to get a look at the space and see how their self-serve technology works.

Pour’s exact address is 1212 Central Avenue, near Moo & Brew in the heart of Plaza Midwood.

Pour has 118 taps — about half of them dedicated to North Carolina beers and the rest featuring beers from all over the world. It’s the largest self-serve taproom in the United States.

In addition to beers, there is also a bunch of cider and red/white wine taps as well as a taps dedicated to prosecco and root beer.

“Plaza Midwood is such a cool location for a taproom like this,” said James Lunney, owner of Pour Taproom Charlotte. “It has such an awesome vibe between the existing local businesses and all of the residents that live in the area.”

Inside you’ll find eight flat screen TVs along the walls, a mix of high top and long tables, a lounge area in the front and a small game area in the back right that has Skee Ball amongst other games.

During off hours, the space will be available for private event rentals. 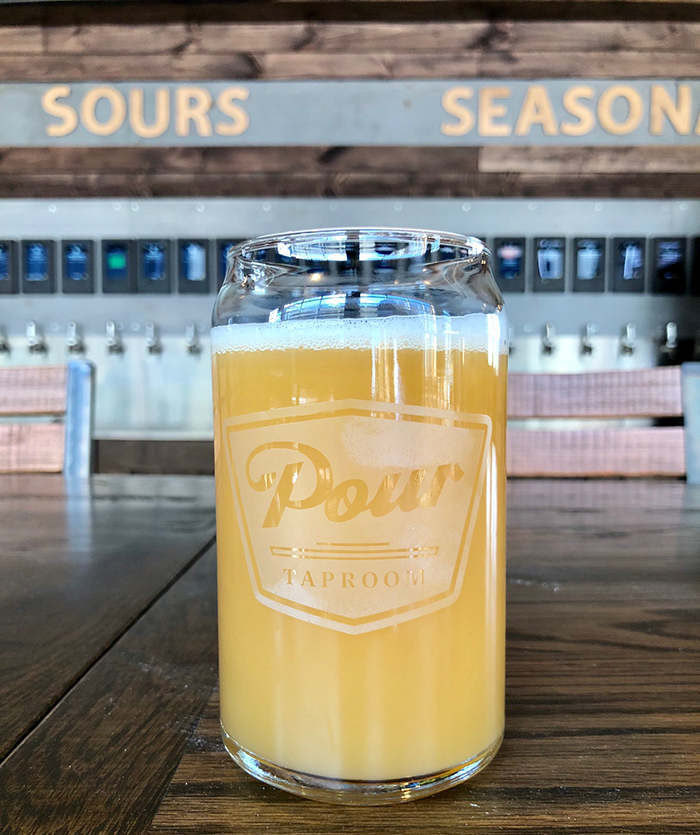 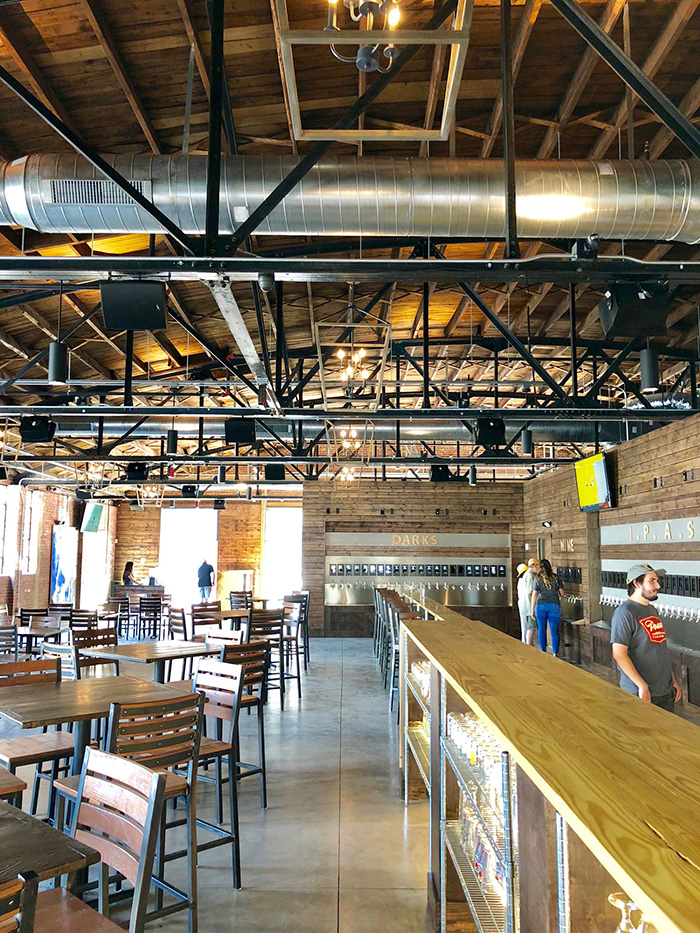 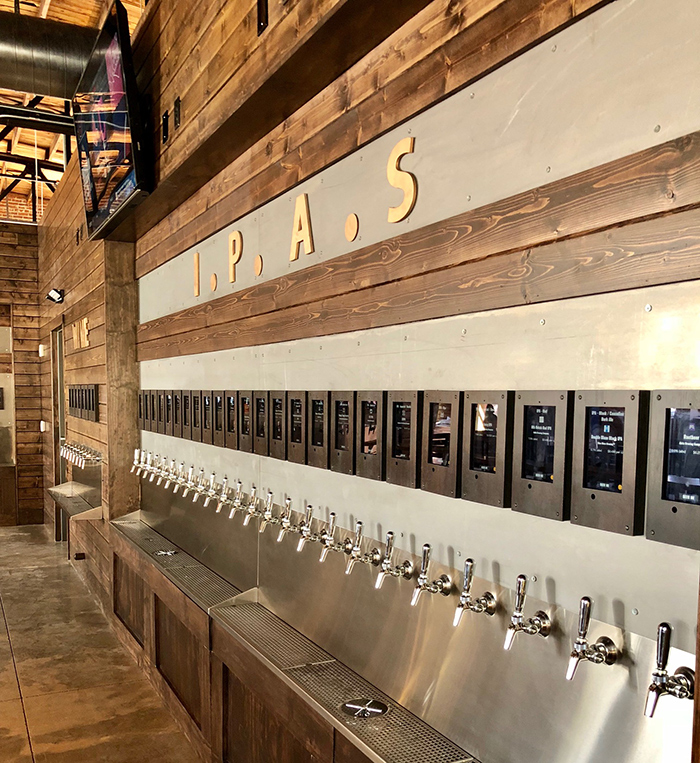 Pour works just like Hoppin’, but instead of a wristband you’ll get a plastic card pre-loaded to pay for up to 32 ounces that you swipe using QR code technology at the taps.

It disables after 32 ounces at which point you’ll need to recharge the card (so you don’t get sloppy).

Hungry? Food trucks will be on site daily later starting later this week on a rotating basis. Expect to see Goldfinger’s, Maki Taco, Pasta La Vista and Rocky Top BBQ in the rotation.

Pour also has a unique “WTF Wall” — an exhibition that poses the following challenge to Charlotte area breweries: What is the quirkiest, most exotic beer you can brew out of a random substance? The WTF Wall showcases the creativity of select local breweries by inviting them to produce a wild beer and be featured in 3 rotating taps for first-time public consumption. 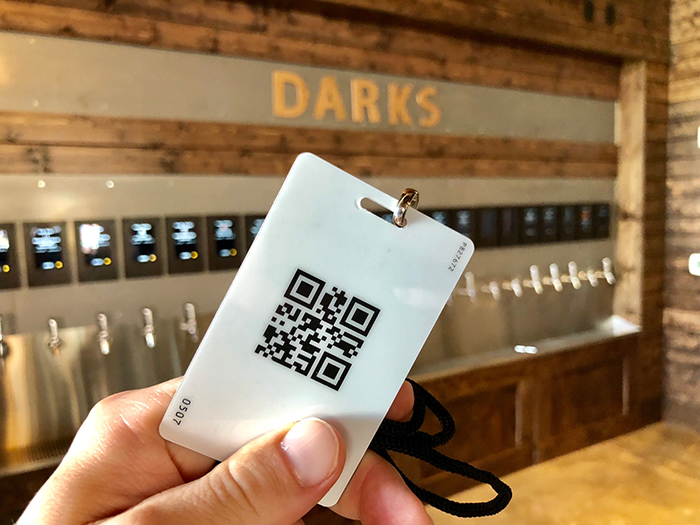 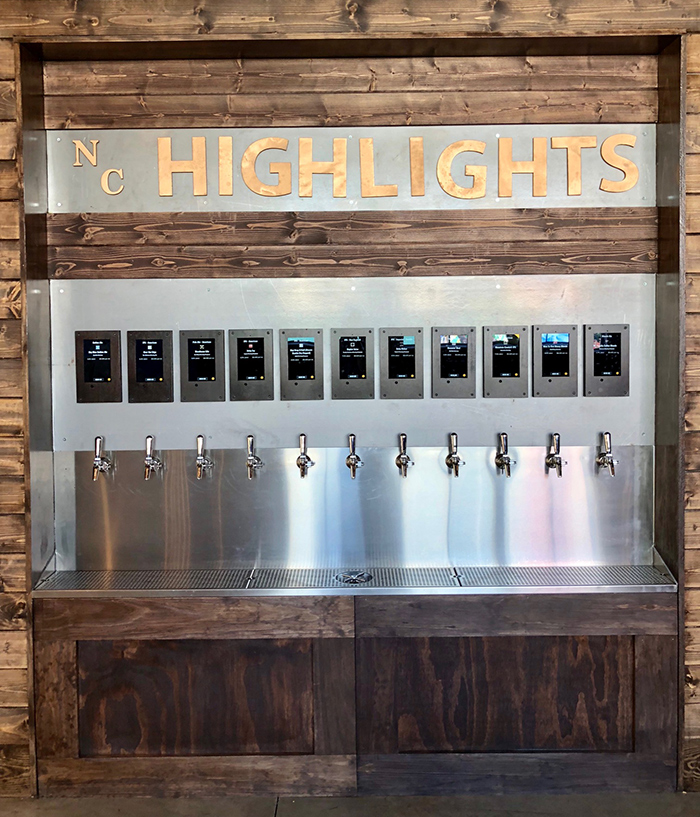 Agenda related story: Complete list and map of Charlotte’s 24 local breweries, plus the most popular beer at each

The building, originally built in 1945 as a WWII ammunition warehouse, has served as a bakery, church and a warehouse.  “This iconic, historic building needed to be put back into service and live the life it deserved,” James said.

The building’s original windows are still intact and you’ll find a contrast of the exposed brick and metal beams with modern self-pour tech.

The space is dog friendly. 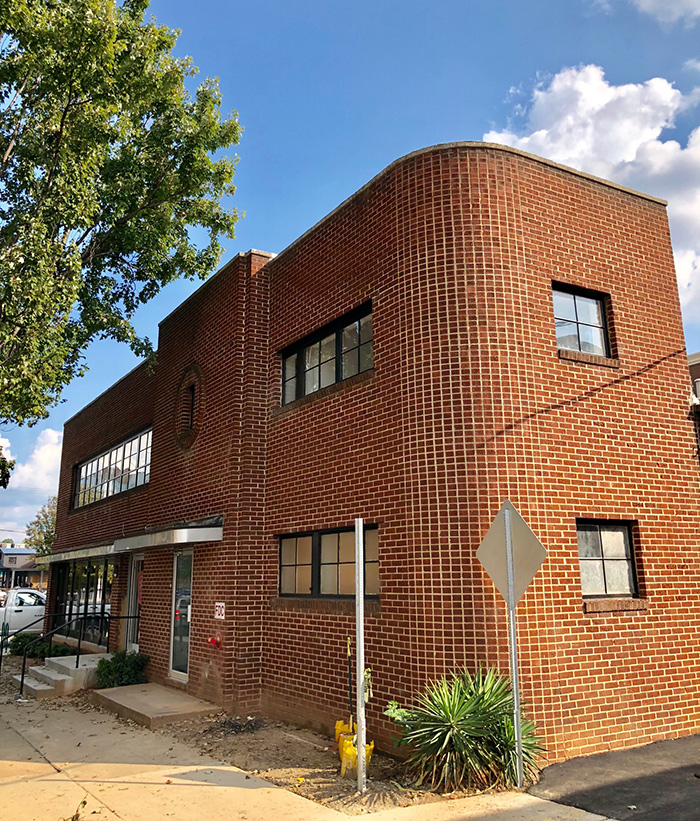 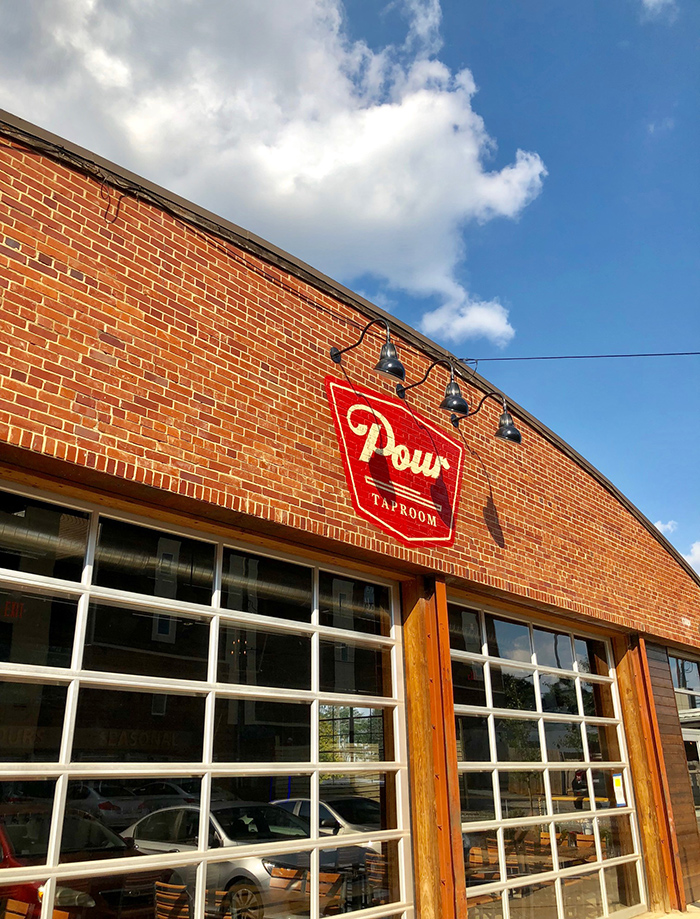 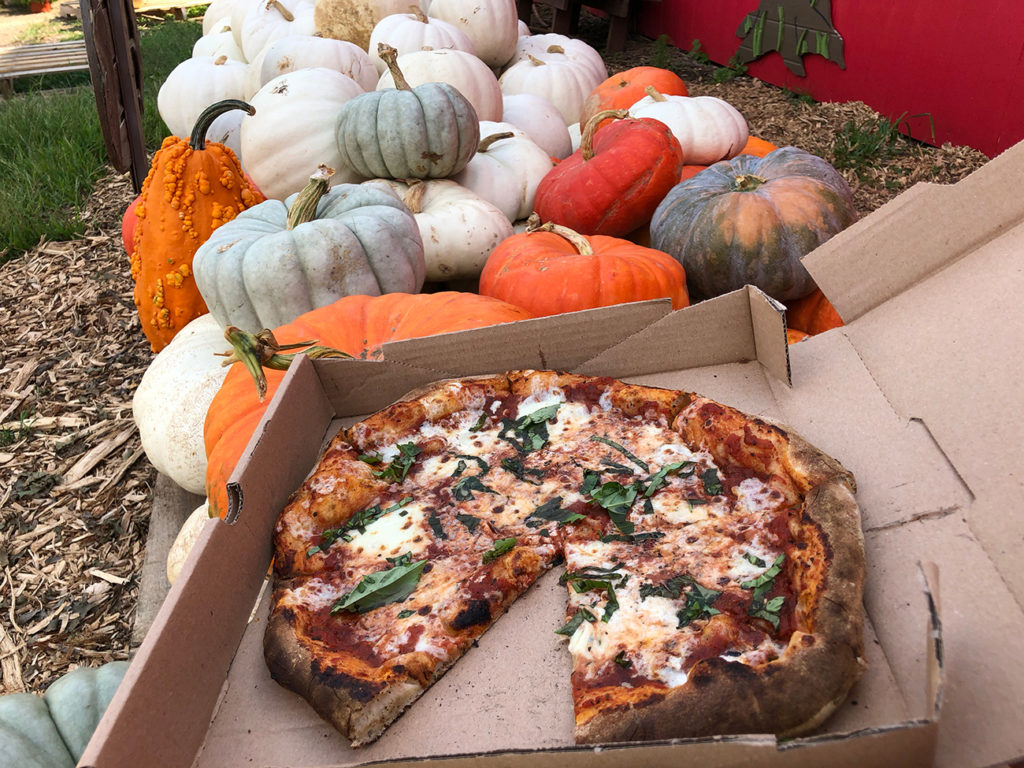