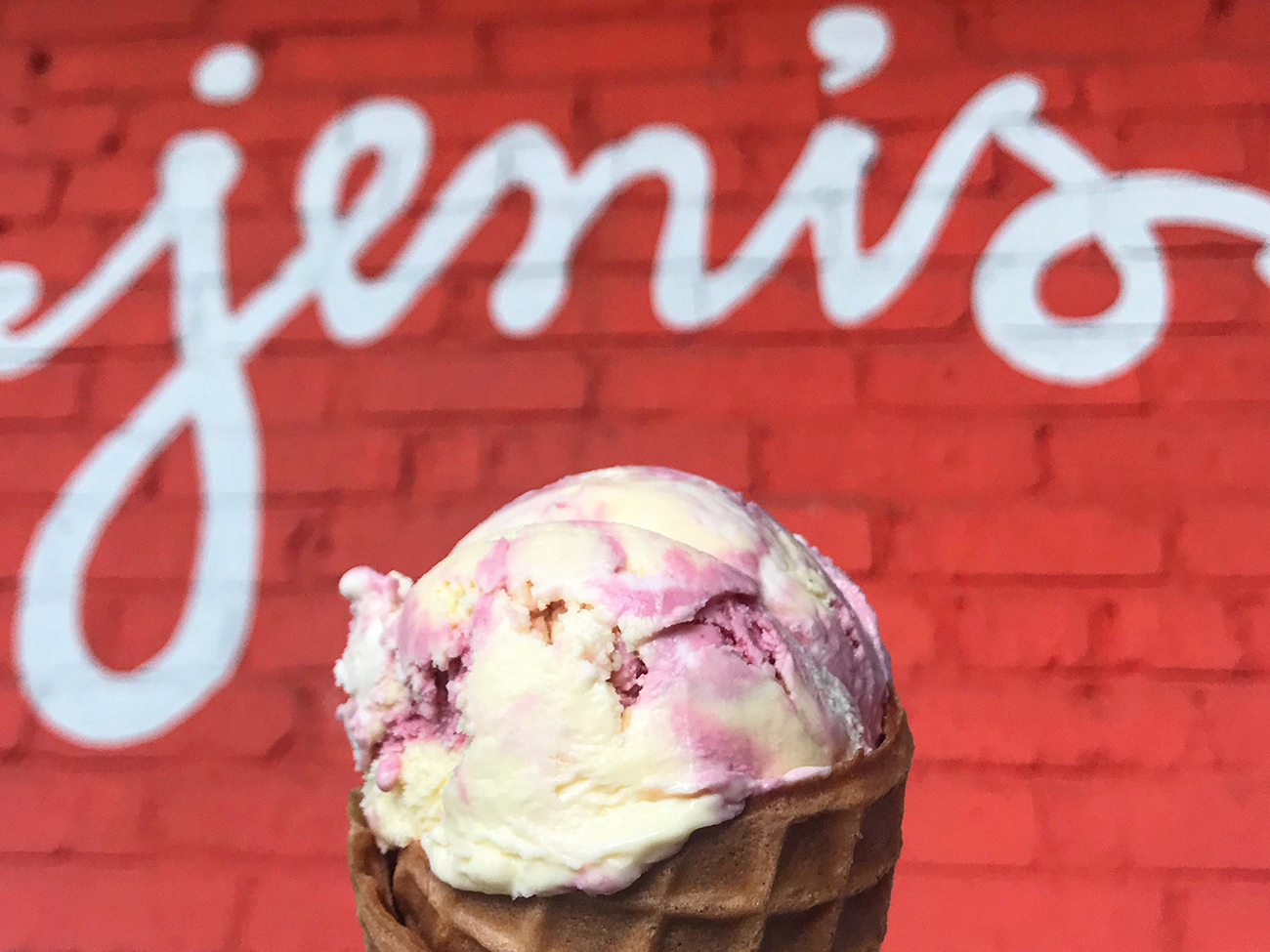 2018 is an insane year for restaurant and bar openings in Charlotte. And we’re only halfway through.

Below is a list of the 9 biggest restaurant and bar openings still left to come by the end of 2018.

This list only includes new concepts, so we’re not taking into consideration the following expansions, even though they will be very popular:

Okay, here are the 9 most-anticipated new restaurant and bar openings still left to come in Charlotte in 2018.

Jeni’s does all of the classic ice cream flavors really well with ingredients like Fair Trade vanilla sourced from Uganda, but they kick it up a notch with out-of-the-box flavor combos like milk chocolate with curry and coconut flakes or riesling poached pear sorbet.

They’ll hype the August 9 opening by taking the Jeni’s Treats Truck to the streets July 23 – August 13. 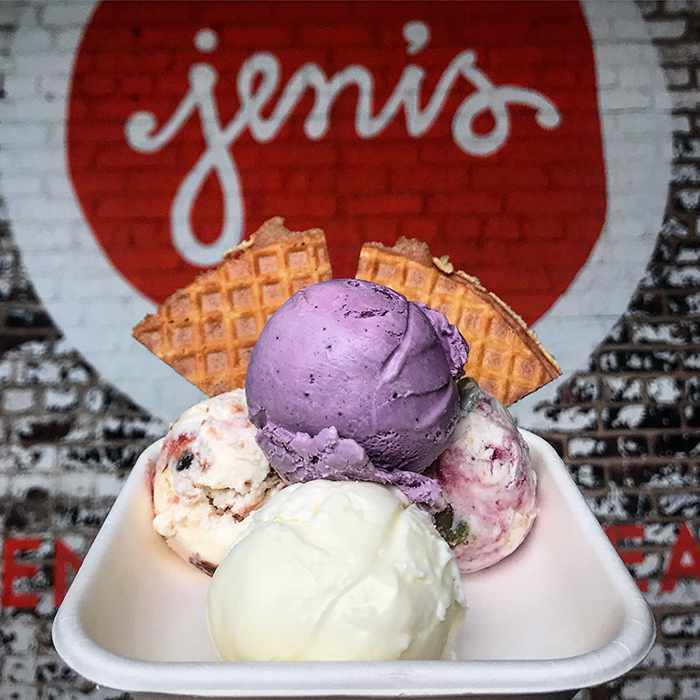 Nuvole Rooftop TwentyTwo is a 4,400-square-foot space with a large U-shaped bar, floor-to-ceiling windows, firepits and a 2,200-square-foot outdoor patio.

Peter Pollay of Mandara Hospitality Group and Posana restaurant in Asheville is consulting on the menu. It’ll feature items like a NC shrimp seafood tower, Carolina bison tartare, coldwater lobster and smoked pork belly mac and cheese. Noah Sheer, who has worked in North Carolina fine dining establishments like the Biltmore Estate and Omni Grove Park Inn, will manage the bar and lounge. The Indigo Road, parent company of O-Ku Sushi and Oak Steakhouse, is bringing a fast-casual version of O-Ku to a 2,000-square-foot of space in the heart of Uptown fronting Tryon Street near Bank of America Plaza. The space will feature a four-seat sushi bar (which can be reserved for the 30-minute, $30 omakase experience), a walk-up counter, refrigerated section and some additional seating for those not in too big of a hurry.  Rendering: David Thompson.

A Hoppin’-style self-serve bar with locations in places like Durham, Asheville and Charleston

Pour Charlotte will have 120 taps — half of them dedicated to North Carolina beers and the rest featuring beers from all over the world. It’ll be the largest self-serve taproom in the United States. There will be four taps of red wine, three taps of white, one tap of prosecco and both water and root beer taps as well. For reference, Hoppin’ has about 60 taps.

The space will be a whopping 6,900 square feet and is dog-friendly both inside and out. Here’s a look at Pour’s space in Wilmington as an example (below). Two-story, oyster-themed restaurant and bar with a rooftop terrace from Paul Manley, the brains behind Sea Level in Uptown

Neighborhood: South End
Projected Opening: September
Agenda Preview Story: Here’s what the rooftop oyster bar at The Waterman will look like when it opens this September

The Waterman team is still finalizing the menu, but it will definitely feature a lobster roll, raw and steamed oysters, a low country boil, and what the team is already claiming to be “the best fried fish sandwich in Charlotte.”

They’ll also have a “house oyster” from North Carolina (the same house oyster you can find at Sea Level in Uptown). Basically, Paul and his team are oyster obsessed, so expect the best oysters available. On the first floor, you’ll walk into exposed oyster shucking happening straight ahead, a mural of a salty old seaman (a modern-day coastal version of the Marlboro man) and oyster rakes on the walls. On the rooftop terrace, you’ll have a clear view of Uptown through the back of the bar. You’ll also find a mix of seating including friendship tables for casual groups.

The 12,000-square-foot SouthPark space will feature a 2-story taproom with 40 taps, an upscale bar bites menu, a 20-person circular bar on the first floor and a more relaxed vibe on the second, plus a private space available for rent. Also, the brewery will have a massive 2,500-square-foot patio. Rendering of what the Legion SouthPark tap room bar will look like.

Barcelona combines rustic, classic Spanish and Mediterranean flavors with other influences from North Africa and Southern France, and the result is a delicious array of tapas, dried savory meat and Spanish cheeses that pair well with the wide selection of wine from Barcelona’s expansive menu.

Barcelona offers a Charcuterie + Cheese board that you can customize with your own selection of meats and cheeses sourced from Spain, Italy, and other nearby European countries. Their Drunken goat cheese has a purple rind because it’s been soaked in wine for three days.

This will be Gary Crunkleton’s second cocktail bar. The original Crunkleton on Franklin Street in Chapel Hill has garnered national attention, most recently being named one of the Six Best Bourbon Bars in the South by Garden & Gun magazine. It’s legit, and this is a big deal for Charlotte’s bar scene. Gary Crunkelton. Unlike the original location, The Crunkleton in Charlotte will offer food. Expect sharable small plates ranging from $10-$12 along with larger dishes like steak and chicken entrees. Gary’s especially excited about the grilled octopus small plate and he told me sales will likely be 80% drinks and 20% food. Crunkleton/Facebook.

Jim Noble, the restaurateur behind Rooster’s Wood-Fired Kitchen and King’s Kitchen, has a new venture in the works — a massive barbecue restaurant in an old bus storage facility on the west side 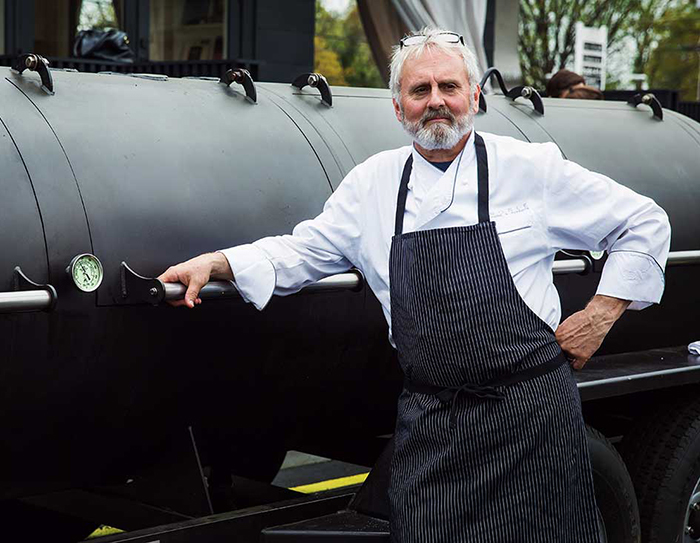 Hawkers’ menu features “the best and most popular street foods from all over Asia,” including Singapore “Chilli” crab, Filipino-style crispy chicken skins and noodle soups.