In response to: 9 things to know about the enormous new Victory and Southern Tier brewery opening soon near OMB

“Southern Tier is huge up in NY. Their Pumking is highly anticipated each fall.” – L

“Of course it is from NY like everything/one else in CLT… Excited to go regardless tho!” – M

“Is this considered big beer? Or is this local? Does anybody care? So many questions, but regardless, I’ll be on one of those patios slamming Golden Monkeys.” – W

“Charlotte, the city that has nothing to do other than going to a grocery store, a church or a brewery.” – J

“Who stands in line for a grocery store opening? Might be time to reevaluate your life.” – T

“I’m not quite sure why Katie felt compelled to describe the Uptown Harris Teeter as ‘soul-sucking,’ but I wonder if she realizes that Harris Teeter put that store in Uptown many years ago when there was NO grocery store there. I seem to remember that the options were somewhat limited due to the size of the space, but I also remember that Uptown workers flocked there to find lunch options and pick up a few items so it served them pretty well. It’s one thing to be trendy and hip, another to lack context and/or history and trash the company that has been there while going gaga over the new kids on the block. Have some perspective and be fair.” – L

In response to: Dowd YMCA just 4 weeks from opening massive expansion that will compete with the best of Charlotte fitness

In response to: The joy and shame of getting into an argument on Nextdoor

“When was this ‘threatening to commit felony animal cruelty?’ I believe the message was to take care of your pets, and keep them in your own yard, as to not kill the wildlife. No harming mentioned. That post sure brought out the ignorants, snowflakes and trolls all at once though!” – M

“I also hate cats getting into my yard and killing other animals, whether it’s bunnies or birds or chipmunks. It has nothing to do with hating cats or hating the ways of the natural world. The problem is, we have two grade-school kids, and they get a little freaked out every time they see some chipmunk or mouse corpse left behind by an enterprising neighborhood cat (though I’m personally not too broken up about the mice, because it keeps them out of the house.” – V

“If you have a pet you also have a responsibility to make sure they aren’t out loose killing animals in other people’s yards. Other than feeding them and providing water that’s literally the least that everyone asks of a pet owner. But the cats were just “participating in nature”?! Please cut the bulls***. If a neighbor’s dog was loose and killed your cat, that was also loose, I promise your response would not be that the dog was just “participating in nature”. That’s not because anyone hates cats, it’s because smart people hate specious arguments.” – O

In response to: Confessions of a Charlotte ICU nurse

“Wow. You are in the wrong profession. People in ICU, and their families, are in very vulnerable states. You find it “disgusting” that someone is “overly affectionate” with their partner when they are in the hospital? Maybe that partner is about to die. Believe it or not, some people want to show affection to their partner when they are hurting. Please please please get out of nursing. This is not the job for you.” – L

In response to: Cash Confessional: A week of spending in Charlotte on a combined $206,000 salary

“Suggestion – do not give your daughter the stock money at age 18 – unless it’s for college. I invested for my two sons each month my oldest received his when he graduated college and still has his ( 10 years later) and is still investing. My youngest received his when he dropped out of college and used all his in less than a year. He and I both realize he was way too young to handle it.” – A

“Sounds like you’re pretty close to living paycheck to paycheck on variable income….rein it in.” – E

In response to: Best underrated menu items at 14 of your favorite Charlotte restaurants

“The fried rice at Viva Chicken is the only thing I ever order there! Another great underrated item at Midwood is the Upstream salad (with their hickory smoked salmon and smoked veggies). So good.” – N

“I’ve been on Weight Watchers since January (now down 35 lbs!)… It’s about food choices, not deprivation. When I looked at the food pics it hit me how my saliva glands have changed – the only food that looked appealing were the veggie burger and Greek chicken. It also made me realize that the reason I’m on WW was before all the food would have looked good! I prefer being healthy and lighter. Thanks for the article, it confirmed my habits truly have changed.” – A

In response to: 10 quick takeaways from my first trip to Superica

“Expensive Mexican food is an oxymoron. Lots of great Mex food at reasonable prices in other CLT restaurants.” – T

“I’m not sure if you meant ‘Filled with good-looking South End people you’d see in a brochure for Charlotte’ as an insult, but damn that was mean. Unless you routinely see brochures filled with middle-aged, overweight white people that dress like 5-year olds. Actually, maybe it’s pretty accurate.” – A

In response to: New NoDa development calls for $500,000 houses, affordable townhomes and preserving a historic church

Has no one read Basic Economics by Thomas Sowell!? Price controls always have the opposite effect of their intentions. The housing market was the primary example. Facepalm! – M

I’m sorry…I can not comprehend $500,000 houses and affordable housing in the same sentence. – G

In response to: A 9-acre south Charlotte estate will become a neighborhood of $2 million custom manors

“I’d be curious to know the average length of time the center home takes to sell versus all of the others, because I can’t imagine that many buyers with $2M want to be looked in on by every single one of their neighbors.” – B

“You underestimate the market. Within 1 yrs all lots will be sold.” – P

“Okay peeps….. this is our compound! Center house is for our caretakers (nurses, gardeners, cooks…) and our PARTY house!!! – P

In response to: With Red Ventures building apartments for employees, is Charlotte returning to the age of the company town?

“I can’t wait for all of Fort Mill to become SoSoWePi (South-Southwest of Pineville).” – M

“Smart idea and no doubt will be filled up, quickly. RV employees a ton of people and not everyone wants to live in South End and make that drive each day.” – W

In response to: Cash Confessional: A week of spending in Charlotte on a $62,900 salary

“Am I the only person who finds it weird when couples who live together (and in this case are getting married) split a grocery bill or lunch? I couldn’t imagine venmo-ing my husband for half of our groceries. Why not just take turns buying groceries or meals instead?” – L

In response to: Opendoor has already bought 60+ houses in the Charlotte market

“Why do you think so many of these types of companies are moving in to the Charlotte market? They know our market is a heavy sellers market. Low supply, high demand. If they can get you to sell for well below market with their gimmicks, they know they can flip it in less than 30 days and make major $$$” – N 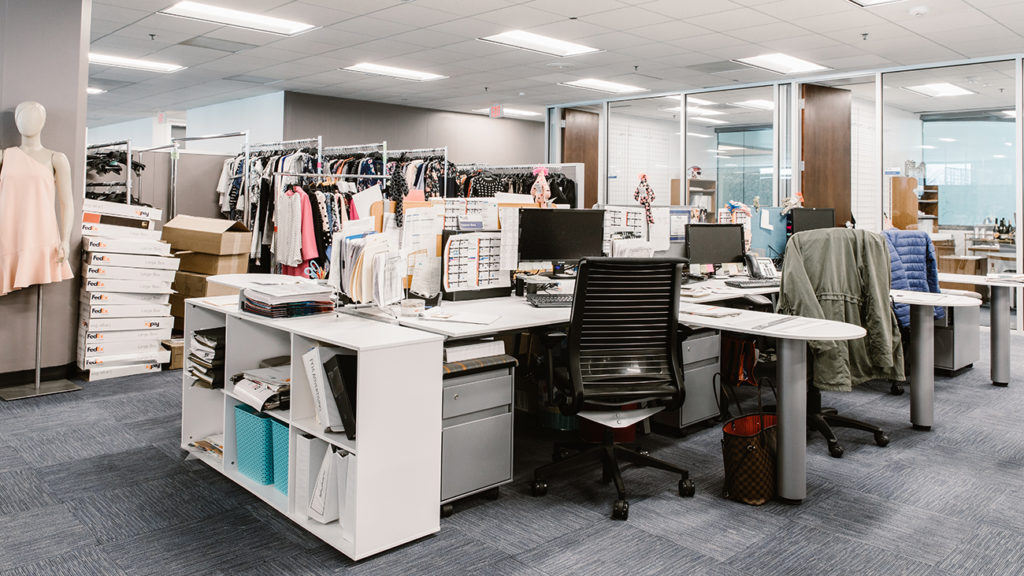 From Directors of Digital Marketing to Director of Digital Merchandise: 5 jobs with Belk HQ worth applying to