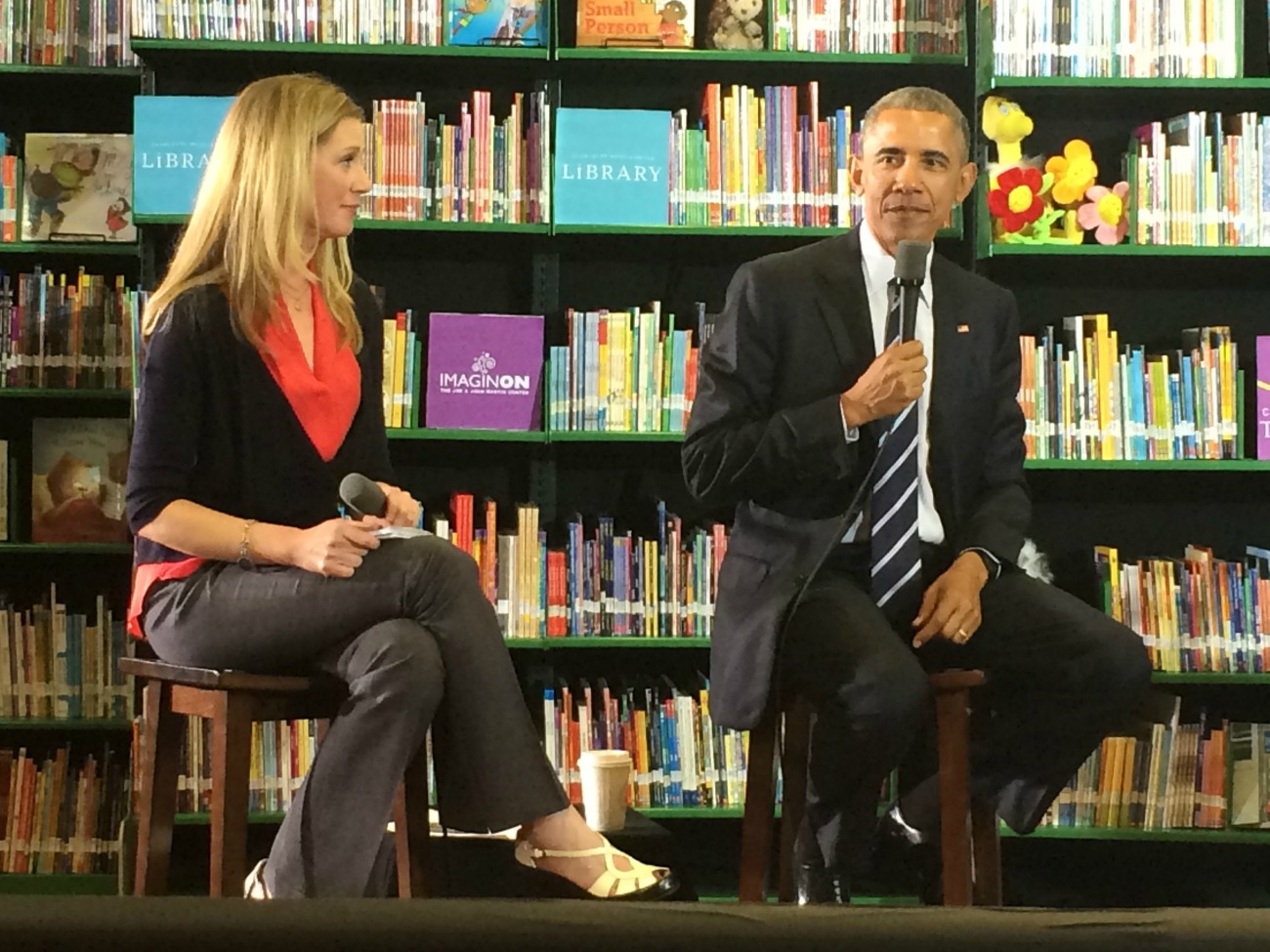 “Her great-great -grandmother met eight presidents,” a woman nursing her four-month-old daughter says to me in a bathroom at ImaginOn that (not without notice) has been labeled “Nursing Area” by the White House.

“She’s off to an early start then, huh?” I say and make my way back to a seat about 10 feet from where the President of the United States of America is about to stand. The weather sucks, I look like crap, I haven’t eaten lunch, I haven’t paid my taxes yet and I am about to meet Barack Obama on tax day. We’re at a small town hall forum organized in collaboration with She Knows Media, an advertising platform and influencer network for women, to discuss the wage gap and pay inequality. That I am the one sitting in this seat is no less surreal than how I got into it.

I started getting cryptic emails last week about a top-secret time-sensitive event in Charlotte with a very special guest. Emails like this aren’t uncommon for bloggers who join influencer networks like She Knows and their recently acquired subsidiary Blogher. We get invited (and paid) to sample products, attend events and promote brands as a way to expose advertisers to the audiences that consume our social platforms (like Instagram, Twitter, Facebook, Pinterest, and of course blogs). I have a blog and all those platforms and am registered as an “influencer” but have never participated in a campaign mostly because the last one I was offered involved promoting tampons on Instagram (no thanks). So to be honest I just wasn’t paying that much attention to these emails.

Until they told me the secret guest was the President. So all of the sudden I was all in and emailing back enthusiastically and, quite honestly, completely out of control. Can my sister come? (No.) Can I have one-on-one time with the president? (HAHA OK KATIE) Did you get my confirmation? Are you sure you got my confirmation? And so on until it was confirmed that, yes, I was in.

I’ve only ever seen one other president in the flesh (which hopefully explains why I’m so hyped on this) and that was George W. Bush when he spoke at my alma mater Furman University in 2008. I think regardless of political affiliation, there is something so incredibly cool about being in the presence of arguably the most powerful person in the world. Makes me feel downright patriotic. And also hungry. Which is why I smuggled in this contraband snack that probably wasn’t allowed since we did have to sit there for hours before he got there. I wish I could say I was invited for my civic engagement or leadership or professional accomplishments or passionate declarations against wage inequality but the truth is I was invited because I was on a list of bloggers who live in the greater Charlotte area who are sometimes asked to promote tampons. Nothing wrong with it, just seems worth clarifying.

The president arrived smiling and relaxed and to the beat of that presidential march song (you know the one). It was cool. Most of us watch all of this from a distance, making it feel detached and movie-like and also really easy to attack or admire according to what we want out of life to the point where the president becomes this almost mythical creature. To be honest, the content here didn’t blow me away. I can get really riled up about wage equality but even I felt the fire burning pretty low in this setting. Maybe I was just too busy nervously formulating questions in my head to pay attention.

He started with a very brief talk and then opened the floor for questions moderated by Lisa Stone of She Knows Media. I dutifully raised my hand every single time they called for questions (and sometimes when they didn’t) but sadly was never called on. But I wanted to know some things. It’s not that he didn’t have good answers and inspiring sound bites throughout the conversation. Pay teachers more. Lower taxes for the middle class. Improve access to affordable childcare. Support STEM programs. And so on.

It’s just that it all felt so… hard. It’s hard and slow and tricky to turn a ship as big and complex and diverse as the United States of America around and that, I guess, is why it’s taken us this damn long to continue to fail to actually end wage inequality for women in my working lifetime. So that left me feeling discouraged, at a national level anyway. Is that a depressing way to end?

Here’s something cool: I got to shake hands with the president of the United States in a small group of people who believe that women are an unstoppable force of nature. I can get behind that.

Oh, and I paid my taxes. 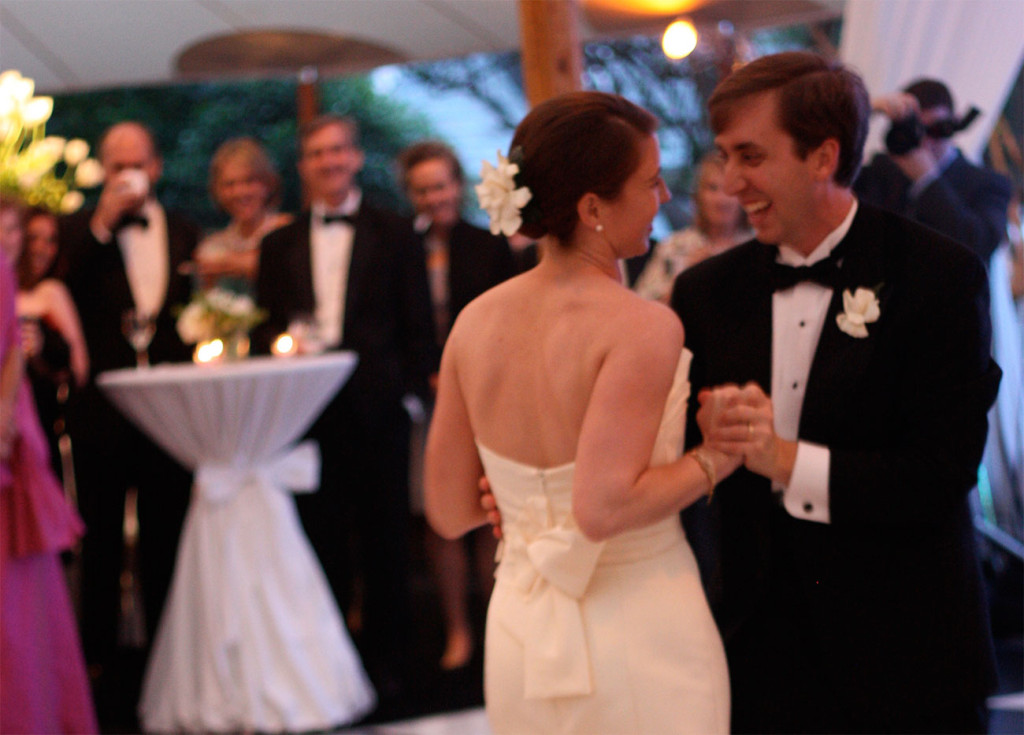 My Charlotte engagement: 6 mistakes I made and 1 I didn’t