The 12 people you’ll meet at Midnight Diner after 12AM 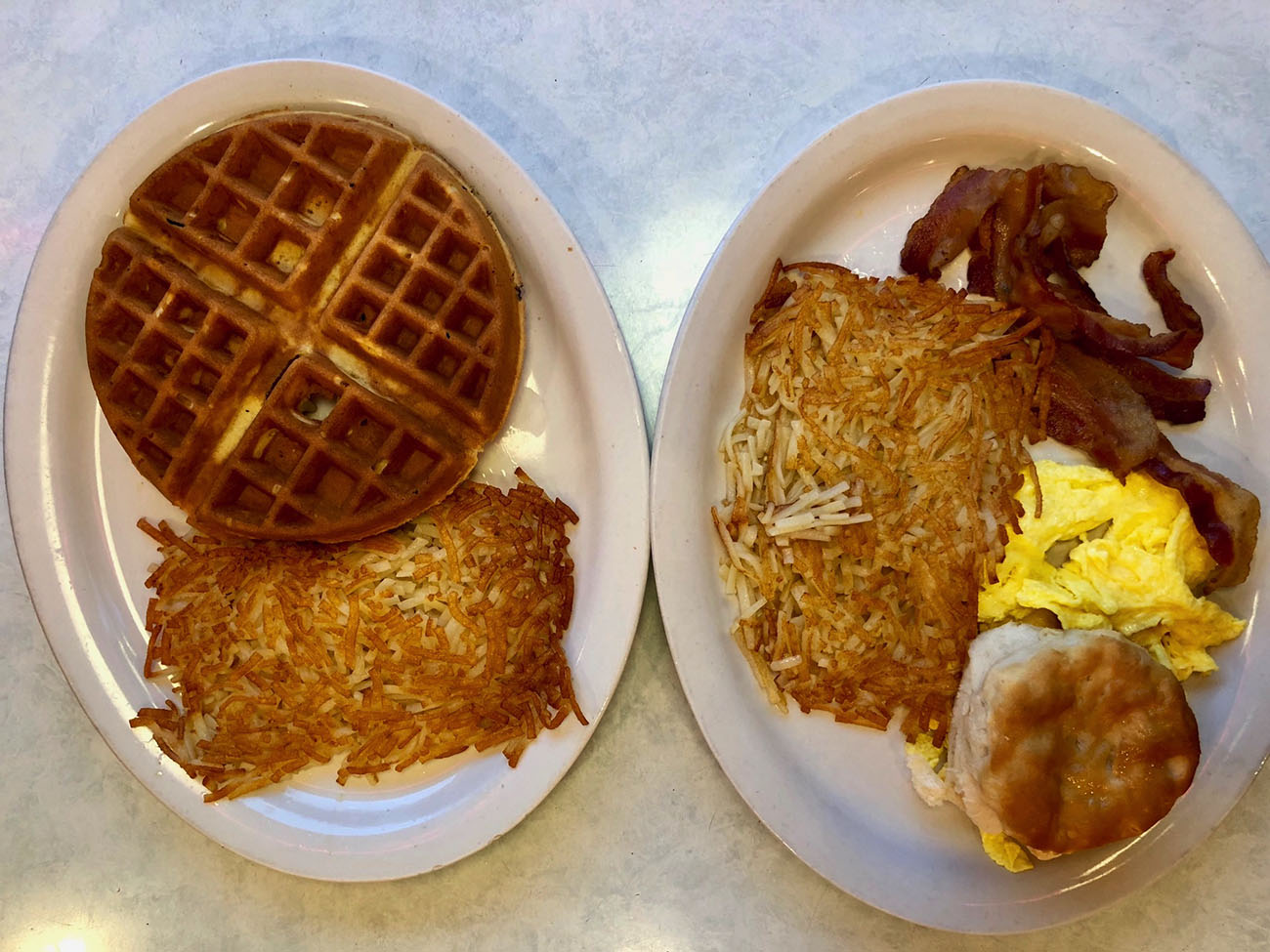 Midnight Diner in South End is one of the most popular stops in Charlotte. Its straightforward retro aesthetic gives it a universal appeal. Plus, the menu of staples like chicken and waffles, shrimp and grits, and biscuits and gravy are legitimately some of the best in the city.

Since not a whole lot of places stay open late near Uptown, expect to see quite a colorful cast during the wee morning hours. 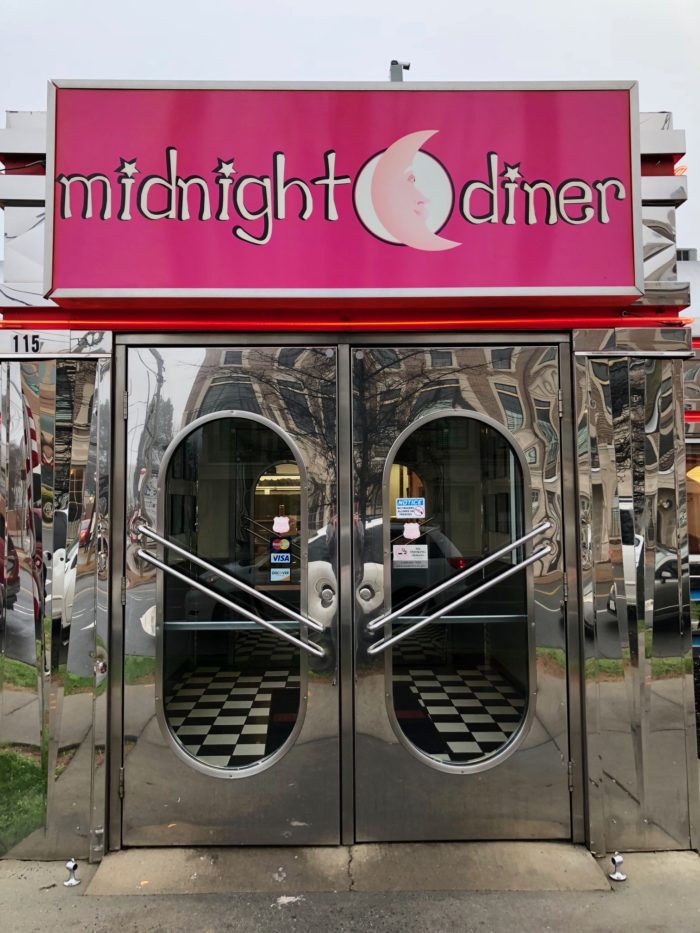 You overhear her in line with her latest transplant coworkers heaping way more praise on Midnight Diner than it’ll ever be able to live up to. Midnight Diner is great, but literally nothing could match this native’s level of enthusiasm. “These waffles are literally the best thing on planet earth!” she’ll say, apparently not realizing every city on Earth has great diner waffles.

At 41 years young, this group of dudes broke out their flannel for a guys’ night that ran long. Now none of them are willing to admit they just want the night to end. Those three Unknown Brewing Feather Lights have them feeling bloated and tipsy. Instead of speaking to each other, they’re all on their phones trying to get their wives to pressure them to come home. You’ll see their face drop when they get the text back saying, “Don’t worry about it, honey. Stay out as long as you want.”

Coffee turned into dinner, dinner turned into a brewery, and now these two lovebirds are stretching their night to Midnight Diner. Your heart will grow three sizes when you overhear them discover their shared love of true crime podcasts. Resist the urge to tell them to always remember how they feel tonight.

They’ve been fellowshipping all night, and don’t expect them to stop uplifting each other just because it’s getting late. They laugh so loudly at squeaky clean inside jokes that you kind of want to ask them what’s so funny, but you know you’ll just end up with an invite to their church. They’re having an amazing time and all they’ve had to drink is Dr. Pepper, and they’re going to rub your nose in it.

There’s an unwritten rule when it comes to break ups: you’re no longer allowed to go to places your ex introduced you to to. Clearly, no one ever told that to your ex. They end up within a few yards of you and you have to spend the next half hour pretending you don’t notice them.

1:40 AM – Group Who Just Got Back from the Concert

You’re not cool enough to know the name of the band they saw, but no less than 50 folks from the concert will arrive at the Diner at once.  They just wrapped up at the AvidXchange Music Factory and their ears are still ringing, so expect a little yelling. They’ll reminisce about all the surprises on the setlist and watch each other’s Instagram stories. Keep an open ear for whoever says “The opener was pretty dope too.” That’s the coolest of them all. 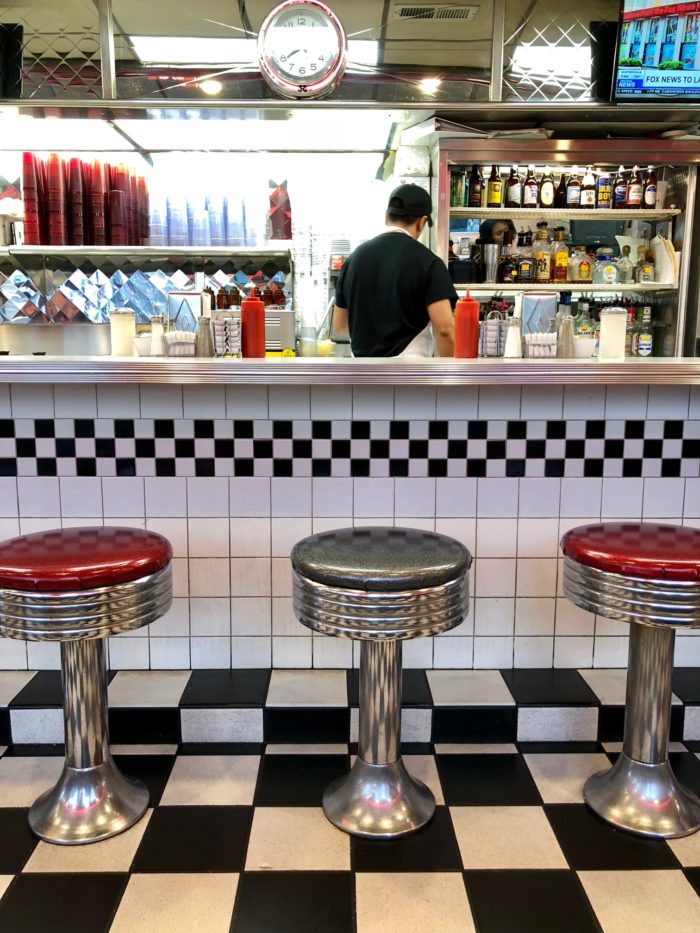 1:55 AM – Theater Geeks Who Just Had Their Opening Night

These drama nerds’ need for attention isn’t just when they’re on stage. Their modern version of A Midsummer Night’s Dream where Bottom speaks with a Donald Trump accent and Puck is Tinder is getting rave reviews from the editor of the school newspaper (who also plays Titania). They’ll definitely break into an impromptu scene no less than 12 times during the night. If they start singing Queen, leave.

2:10 AM – Drunk Girls from Some Weird College

The clubs at the Epicentre just shut down, and these college girls aren’t ready to call it a night yet. After all, they drove all the way from… Wingate University? If not Wingate, it’ll be Davidson, or Winthrop. When you’ve got a 40 minute drive for your night out, you’re going to want to make the most of it.

2:55 AM – High Schoolers Inexplicably Allowed to Be Out This Late

These kids are out at nearly 3:00 AM, and they barely look like they’re old enough to drive. Who are their parents? Mom and dad must be right on the border between neglectful and super cool. You’ll look around the restaurant trying to find a respectfully distant chaperone, but no one will stand out. Have you just gotten bad at telling the age of anyone under 22, or are high schoolers just allowed to be out this late these days?

3:15 AM – Four Frat Guys and Their One Black Friend

Brandon, Brendan, Brayden, Brent, and Trevarious are proudly representing Pi Kappa Phi Fraternity in their blue-collared button up shirts, colored boat shorts, and sunglasses hanging from their neck even though the sun set eight hours ago. They’re breaking traditional frat boy stereotypes by being slightly diverse. Good for them.

3:40 AM – The Guy Who Never Wanted to Come in the First Place

He doesn’t want to be there and he won’t stop letting everyone within earshot know. Whether he’s got an early morning tomorrow or he had one today and now he’s ready for bed, this party pooper is all pooped out. “I wasn’t even hungry in the first place,” he’ll say to his friends who’ve already stop listening to his complaints.

4:00 AM – People Who Are Already Hungover

We’ve all experienced hung over mornings, but to have them before your night technically ends takes a very special kind of party animal. They’re chugging orange juice, yawning, and slurring their way through their order of hash browns and omelets.

Which one are you? Which are your friends? Tag and embarrass. 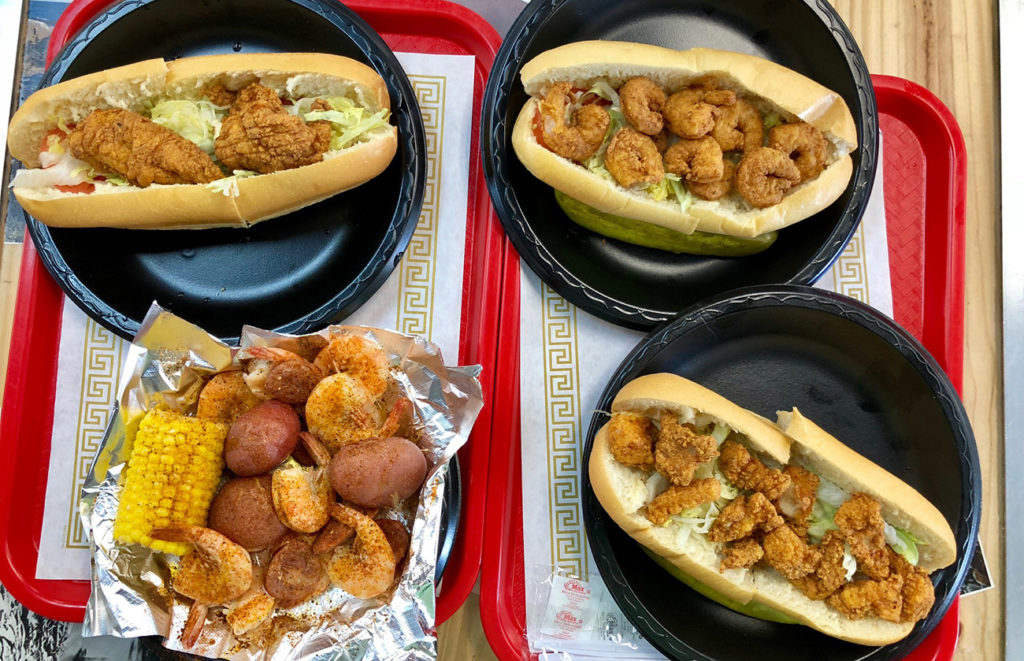