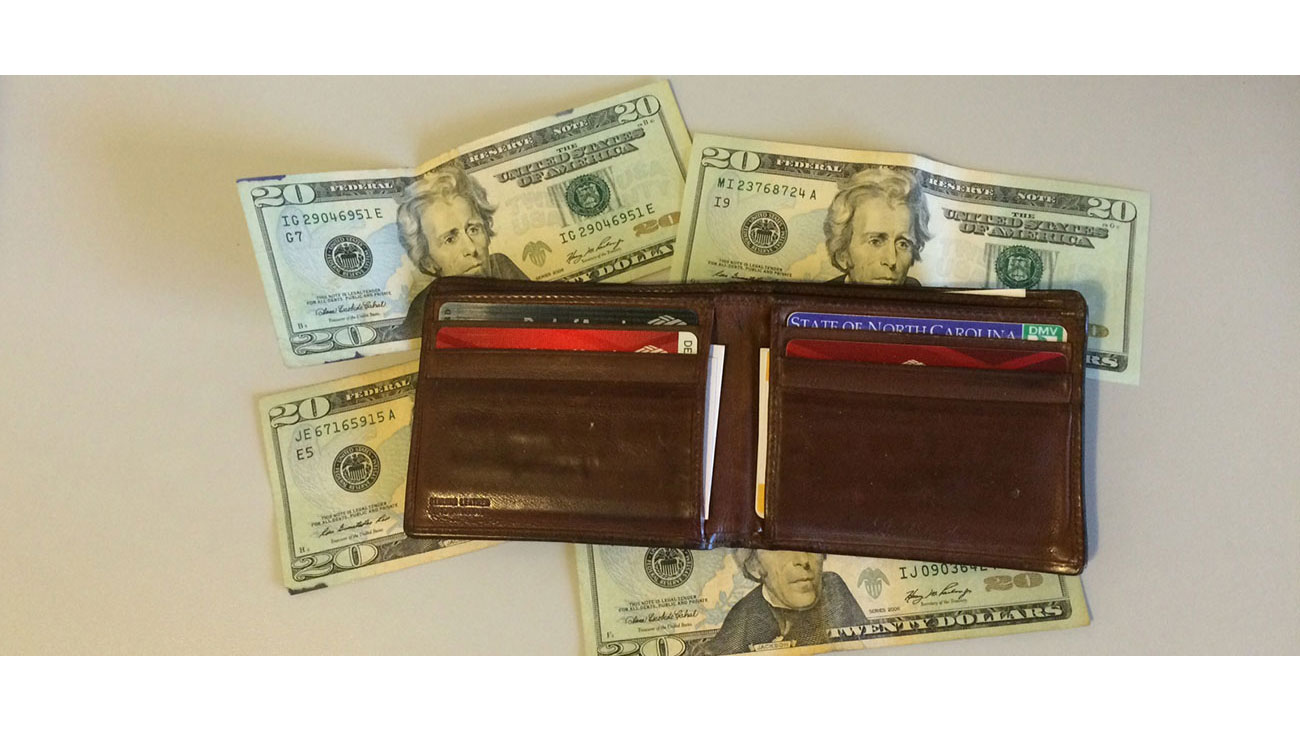 The decision to reject marriage but embrace the financial decisions a married couple would make together — like buying a house or combining finances — can prove tragic in separation.

But with more millennials delaying marriage while still living with their partners, the scenario isn’t uncommon.

“It is very clear that the financial benefits of being married outweigh being separate,” said Rhondale Haywood, a portfolio manager at U.S. Trust.

But not everyone enters into a relationship for the financial benefits.

“We’re living together because we’re not in a rush to get married,” one half of a couple in their mid-twenties told me, likening the choice to a trial run. When it comes to their finances, the two split their rent and utilities down the middle and don’t plan to change this when they buy a house together in about a year.

Another couple, who wished to remain anonymous, has been together three years and share a home in South End. While the home is in just one partner’s name, the other contributes to the mortgage, and they split utilities, including pet expenses, down the middle.

“When I say we have a system in place for our finances, we do in the sense that we have a joint account for the mortgage, and Venmo each other for things like utilities and take turns buying groceries,” one partner said. “But no, we don’t really think about what we’d do if we broke up. Why would we think like that?”

The reason, according to Haywood, is because what happens to their assets — and bigger, tricker things like debt — they’ve both contributed to gets murky without being legally married.

“If the relationship dissolves, there’s no mechanism to efficiently break up the financial things that have mingled together,” said Haywood.

One way for unmarried couples to protect themselves is by clarifying who is financially responsible for what in a Domestic Partnership Agreement drafted by a lawyer. But such agreements are rarely pursued.

Because North Carolina is among the majority of states that don’t recognize common law marriage, anything shared by an unmarried couple and not noted on paper basically doesn’t exist.

Should a married couple separate, a judge steps in and determines who gets what. But if a couple that’s simply been living together goes their separate ways, there’s nothing to recognize who contributed what.

A Domestic Partnership Agreement can bridge that gap between figuring out how to divide your assets on your own and having some sort of legal backing in the event of a separation.

As for how many people Hawood has seen take that initiative? None, and when he spoke to a lawyer at a firm in town, she said that while her firm does offer the service, she’s only drawn up one or two Domestic Partnership Agreements in her career and doubts that many couples have even heard about the option.

None of the unmarried couples I spoke to had heard about the agreement, and while they did acknowledge it wouldn’t be a bad idea, none seemed eager to take action, with most citing their ability to be civil and honest in a breakup.

Beyond the headache of who gets what in a breakup, shared financial moves in an unmarried relationship can have major longterm implications in taxes, retirement and death.

For example, while a married couple can gift each other any amount of money without it being a taxable event, non-married couples can’t. Anything contributed over $15,000 should be filed as a gift tax return — which means that there are likely a number of couples unknowingly filing erroneous tax returns.

And further down the road, it’s easy for one partner to be excluded from benefits when it comes to retirement and death.

“There are no such things as ‘surviving girlfriend benefits,'” Haywood said. “I use that as sort of a joke, but there are retirement implications and implications with pension plans that don’t recognize domestic agreements.”

By that standard, there is no protection for a partner or access to assets in the event of a death. And should children be thrown into the mix, while a partner can be named a legal guardian, should both parents pass, the court will choose where the children go.

The child, too, will receive the benefit of the assets a parent has left behind instead of the surviving partner. If they’re over 18? The partner has no access to any of the money.

Though it’s risky, Haywood does acknowledge that combining financial lives without marriage is becoming the norm, but offers 3 key points of advice:

Get to know the other’s financial history and goals.

Knowing a partner’s finances is becoming increasingly rare, with 1 in 5 unable to speak to their partner’s debt, saving habits or salary. In fact, Haywood calls it “almost extinct.”

“I tell people that if you’re going to co-habitate and you want to work together financially, have a shared vision,” he said.

[Related: Is it normal not to share finances with your spouse?]

Be very deliberate with what you combine.

Haywood recommends not combining anything that isn’t absolutely essential beyond one joint account for housing expenses and that it’s crucial to understand that when they co-sign, partners are responsible for what the other can’t cover.

It’s not an easy conversation, but it’s a necessary one.

“If the rate of divorce for married couples is 50%, how many couples are there that break up that were never married?” Haywood asks.

At a minimum, you should discuss your worst case scenario wishes with family.

“If you’re not going to have it on paper, there’s no other mechanism to get support or ensure that things happen the way you want if something were to happen.”

So what’s the bottom line? While Haywood laughed when asked if, financially, it’s better to be married than not, he quickly sobered and made the clear point: “There’s no protection if you’re just dating somebody. Good luck with that.” 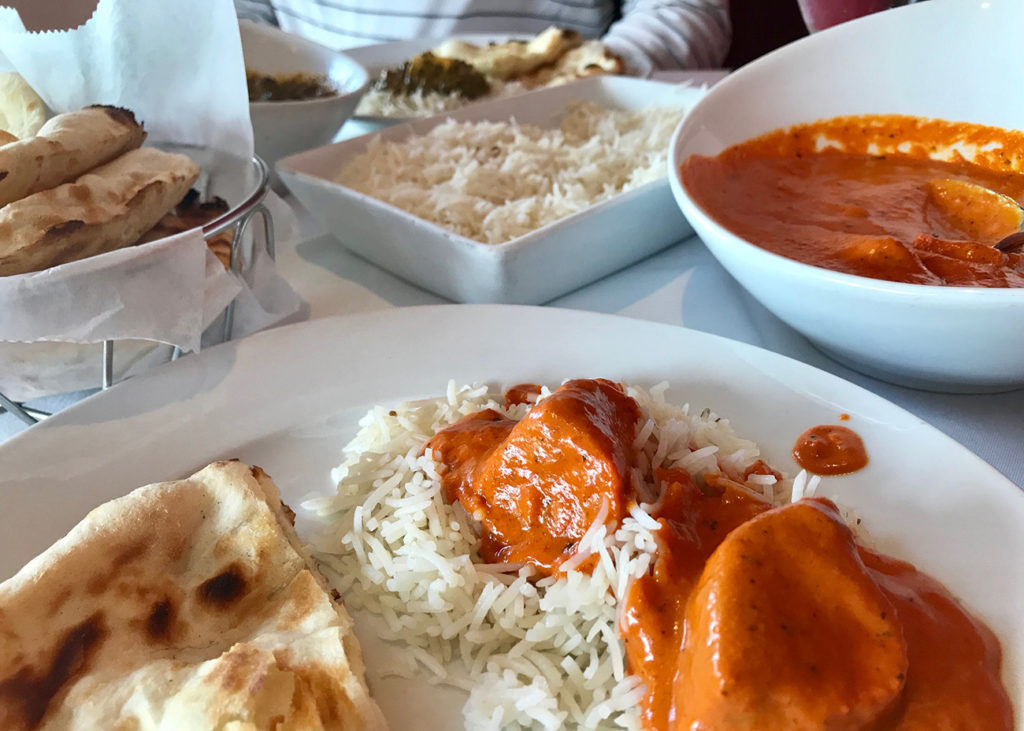 Does everyone know about Copper’s $11-$17 customizable lunch special with soup or salad, an entree, rice and naan?