Charlotte’s 5 worst commutes, and what you’re thinking while you’re on them 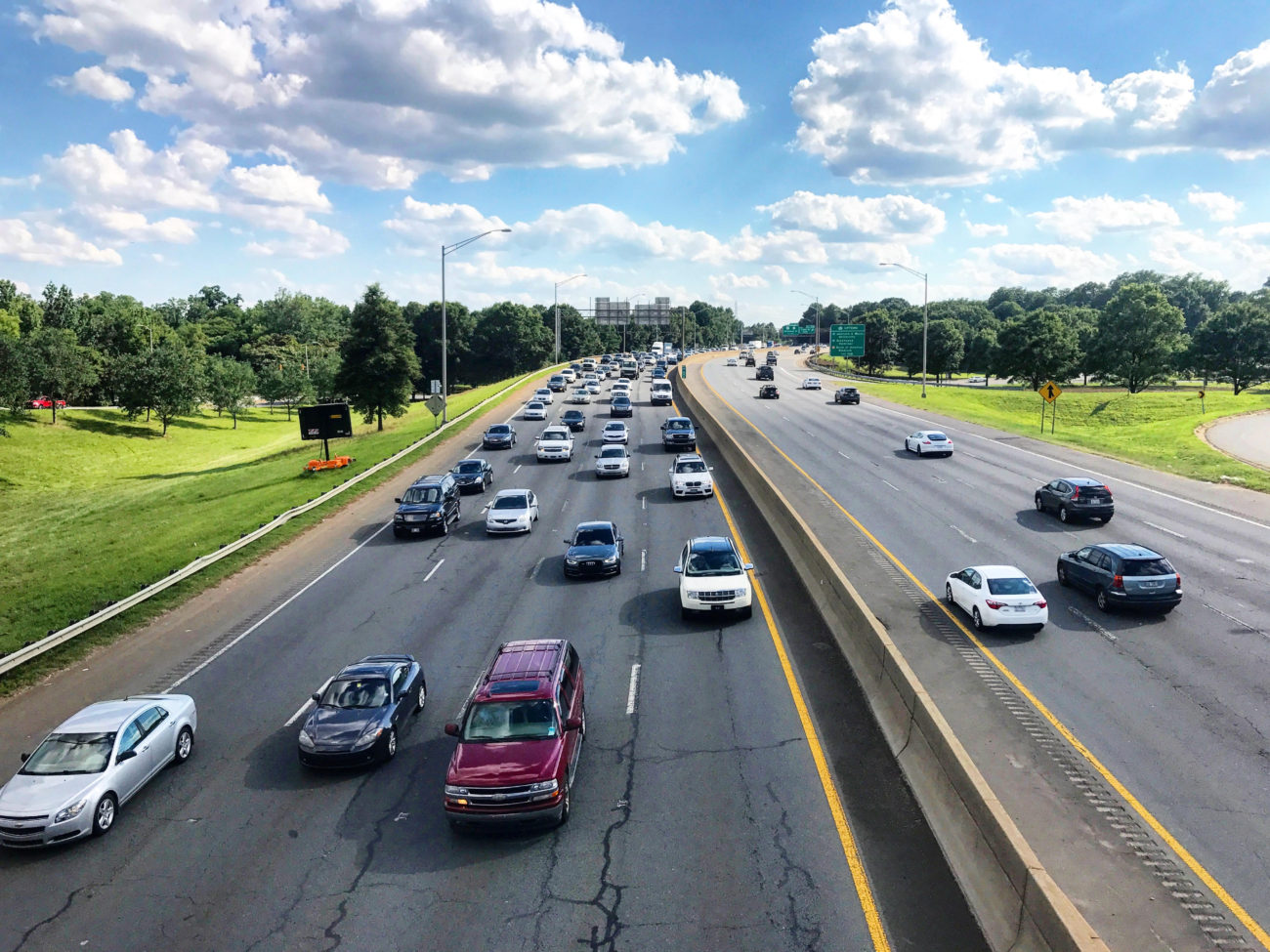 If you get to work in the same neighborhood where you live, congratulations, you lucky jerk.

The rest of us get to spend a depressing chunk of our day honking at bad drivers, getting honked at by bad drivers and wondering why our Spotify Discover Weekly thinks we would have liked any of the 30 horrible songs it suggested for us.

That’s normal. 15-20 minutes of that per day is probably good for us. It gives us a chance to reflect, relax, stay away from our phones, and eat our favorite BEC.

But some commutes are a special kind of bad. They’re such joyless routes that Cam Newton doesn’t even laugh when he hears a woman talk about them.

These are Charlotte’s five worst commutes and what goes through your head while you’re taking them.

University City to Ballantyne in the afternoon

Here are your options. Hop on I-485 Inner and get stuck in five different traffic jams for the next 48 minutes, all with no scenery besides trees. If you’re lucky, the boredom will end when a deer darts in front of your car nearly killing you.

Or you can take the more urban route down I-85 South, where most of the year the setting sun will be directly in your eyes. If you thought Charlotteans were bad drivers when it’s raining, wait until you see them when it’s bright.

You’ll still end up having to exit to I-485 Outer and sit in line for ten minutes at the Johnston Road exit since no one in this city knows how to zipper, all while you stare at those comically massive shoulders that will one day be a toll lane.

Plaza Midwood to SouthPark in the morning

While you’re getting stuck behind CMS’s entire bus fleet, don’t even try to act like you aren’t staring at the homes on Wendover dreaming of when the equity on your own home is high enough that you can cash out and move to Myers Park.

Then you can finally stop pretending you love the “90’s bohemian aesthetic” of paying $2,000 a month to live in a 70-year-old, 1,000-square-foot fixer upper. Driving this 32-minute commute is like experiencing white flight on a daily basis.

South End to Matthews in the afternoon

First of all, you’re going back to Matthews. That may be the worst part of this, even though it can easily be a one-hour commute.

You’ll start off bumper to bumper on South Boulevard toward Uptown, swearing that the lane gets more narrow everyday. Say your prayers and get your affairs in order before you get on I-277, because the exit to I-74 is probably the #2 killer of Charlotteans, right behind the I-277 exit to I-77 right just a few minutes north.

If you survive that, congratulations; you can now slowly pass by dozens of abandoned strip malls and car dealerships on your way down Independence.

Independence is the dark shadowy place Mufasa told Simba never to go to. Independence is Charlotte’s unfinished basement. Pretty much the only redeeming quality of South End to Matthews is that feeling of relief when you get to exit I-74 just before you hit Indian Trail. Let’s all take a moment to appreciate that we’re not currently in Indian Trail.

Uptown to Steele Creek in the afternoon

This 50-minute nightmare commute is like a Quentin Tarantino movie: there’s going to be a lot of cursing, and you’ll be thrilled when it’s over.

Here are the directions: hop on I-77 South, and stay there forever. This is where you live now.

There is no joy on I-77. Even the funniest Novant Health billboards start to garner resentment when you’ve been stuck staring at them for the last 15 minutes. That’s due to I-77’s daily fender bender. It’ll be some guy in a BMW and some guy in a beat up 1996 Mazda Protege. They’ll show you that not knowing to move your accident to the shoulder knows no income level.

You’ll see Carowind’s Fury 365 rising in the distance, and metaphorically have to turn away from any symbol of happiness as you exit to Arrowwood to view some scenic abandoned warehouses. Take a load off on the couch when you get home if you’re one of the few people who could buy a house in Steele Creek and still afford furniture afterward.

[Related – I rode 26 rides in 12 hours and spent $70 total at Carowinds. Here’s how to do everything for (relatively) cheap and in one day.]

So you just got a cool new job at Movement Mortgage, Red Ventures, or CompuCom? Do you love the comfortable work spaces? The gym? How your coworkers are like a family? Great, because thanks to this Lord of Rings-esque commute, you’re barely going to enjoy the comfort of your home, have time to go to the gym, or see your family. Honestly, the not seeing your family part is low-key an amenity.

Fort Mill and Indian Land companies enjoy lower South Carolina taxes while still having access to Charlotte’s talent pool, and this commute is the narrow bendy straw that they’re drinking out of.

If you’re into audiobooks, take Johnston Road all the way. Your friends will wonder how you have so much time to read two books a week, and they’ll never know it’s because you’re in 10 hours of traffic Monday through Friday.

If you’re going for speed, you’re out of luck. 485, 74, and 77 are all clocking in at close to 50 minutes. That’s what makes this commute soul crushing; you have like six options, and they’re all miserable.

Charlotte traffic, you win, but we’ll be back tomorrow with a new Waze route still trying to shave off 5 minutes. 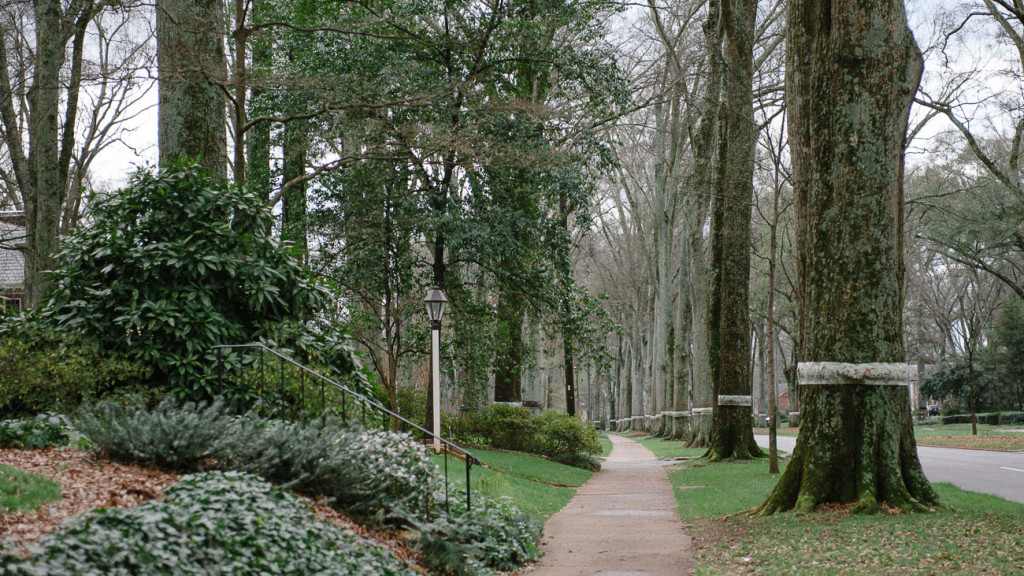 28207 ranks as the 5th-richest zip code in the South. See its 5 priciest homes currently on the market