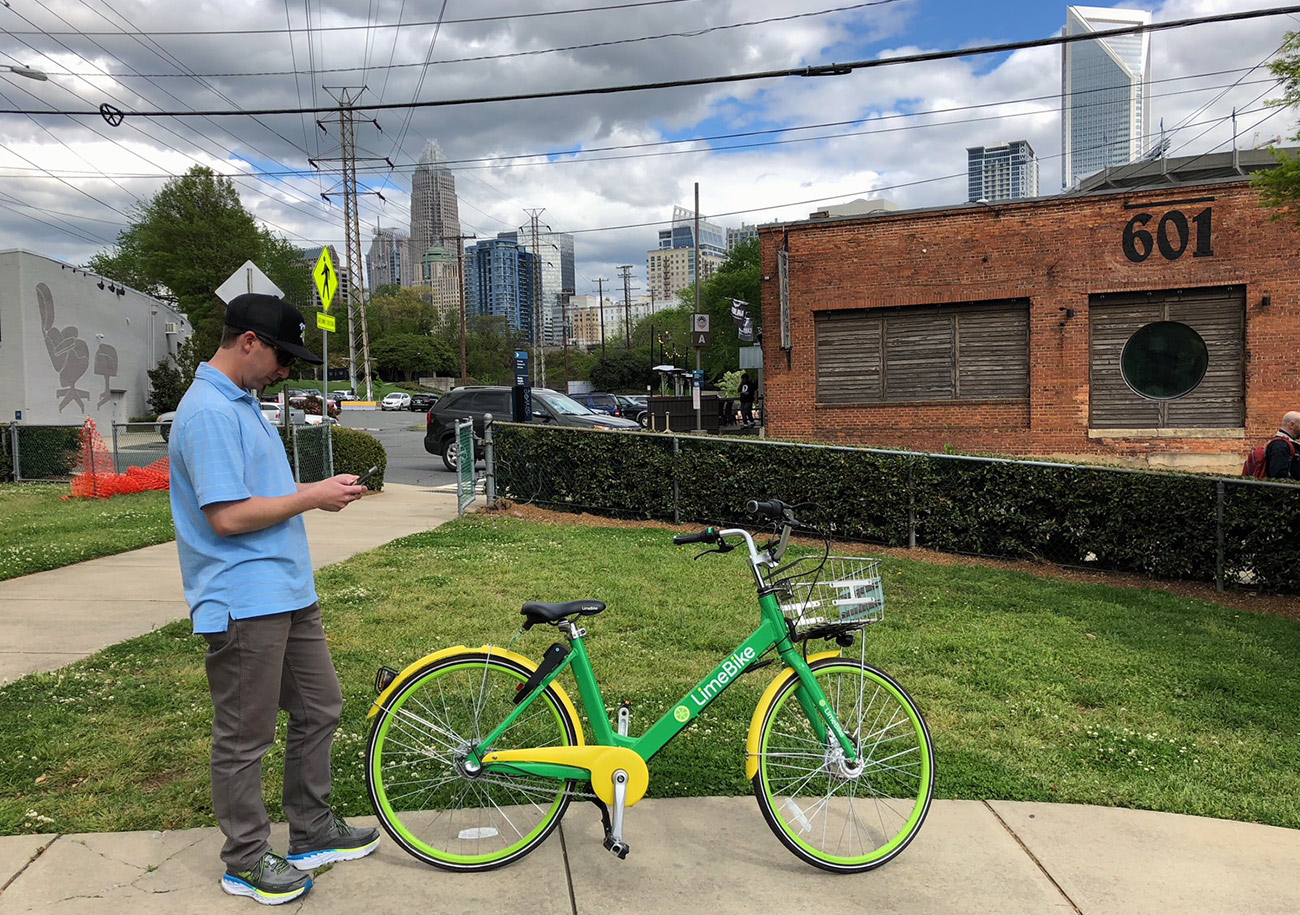 My first reaction to the influx of dockless bikes that hit Charlotte recently was to laugh. I thought to myself — who’s actually going use these brightly colored bikes littered across our city? As it turns out, I was dead wrong.

It’s exciting to see our car-loving city embrace this alternative form on transportation, and the bike operators are loving it.

“We are doing very well,” CJ Shaw, a LimeBike Operations Manager told the Agenda. “We’ve had exceptional ridership despite the city capping our fleet at 500 bikes.” 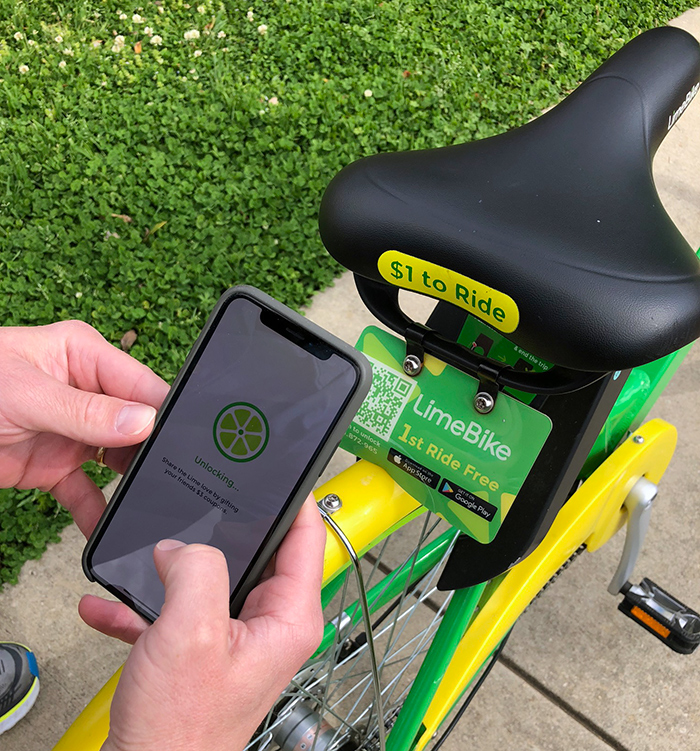 New to dockless bikes? They’re simple to work, you just download a company’s app and access the bikes for $1. You can then leave the bike on public space (ex, sidewalk) wherever you end up. The Agenda tested and reviewed each dockless bike company, if you want to dive deeper.

So where did all the bikes come from? This past fall, the city of Charlotte launched a dockless bike pilot program that allows companies to get a permit to distribute up to 500 bikes on the streets for a year.

So far four companies have launched fleets Charlotte — LimeBike, Spin, Ofo and Mobike. So, about 2,000 dockless bikes are on on street.

This supply will remain consistent until another dockless bike company enters the market or the city changes the distribution cap, which it’ll be reviewing in October.

Sure, the dockless bike startups love it, but what about diehard cyclists? I went to get the full scoop from my nerdy bike friend, Shannon Binns, executive director of Sustain Charlotte. Turns out, he’s on board too.

“They are changing the local cultural norm, which tends to see bicycles as purely recreational, fringe, or a nuisance rather than an efficient, pollution-free, healthy, and inexpensive form of transportation,” he said. “The ridership numbers are impressive, even though the annual ‘cycling season’ (i.e. warm weather months) is just beginning.” 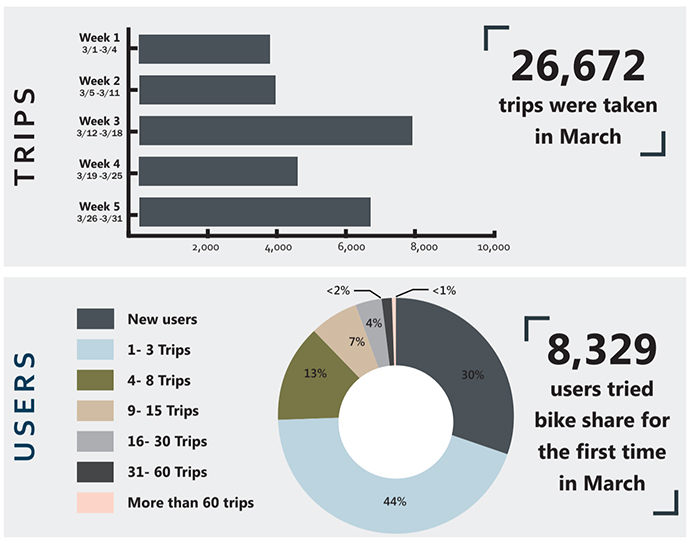 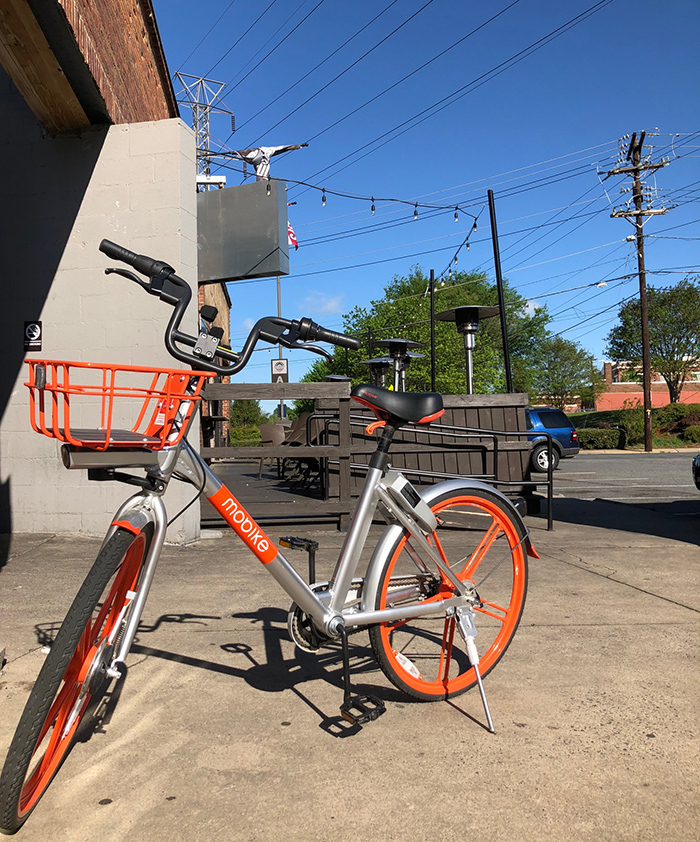 It’s not just Charlotte that loves dockless bikes, after being inspired by what he saw on the streets of Shanghai, Davidson student Jeffrey Peng ’21, helped bring dockless bikes to campus. In the first week alone, 566 individuals tried out the service (Davidson’s student body is only about 1,800), logging more than 1,700 trips despite dreary weather.

I LOVE the smart, calculated approach that the city of Charlotte took to dockless bikes.

It feels very lean startup-ish and it’s cool to see this type of thinking happening in local government. These bikes help solve the “first mile/last mile” transportation problem — or those gaps between your destination and existing public transportation infrastructure.

What’s next? Are the bikes here to stay? Maybe.

At the end of Charlotte’s current 12-month pilot program (October 2018), one of the following outcomes will happen:

But it doesn’t stop there. Disruptive transportation giant Uber is getting into the dockless bike market, too.

A few weeks ago, Uber paid about $200 million to acquire Jump, a fancy dockless bike company in DC and San Francisco. And here’s the big differentiator — Jump bikes have an integrated electric motor so you don’t get too sweaty. Game changer.

At this time, no operators have not shown interest in bringing electronic bikes to Charlotte according to CDOT – but it’s just a matter of time, in my opinion.

Prediction: Two years from now, tens of thousands of urban Charlotteans will be riding one of thousands available electronic bikes around our city — and whoever the dockless bike leader is inside of CDOT will get a well-deserved promotion for running an effective local government program that residents love. 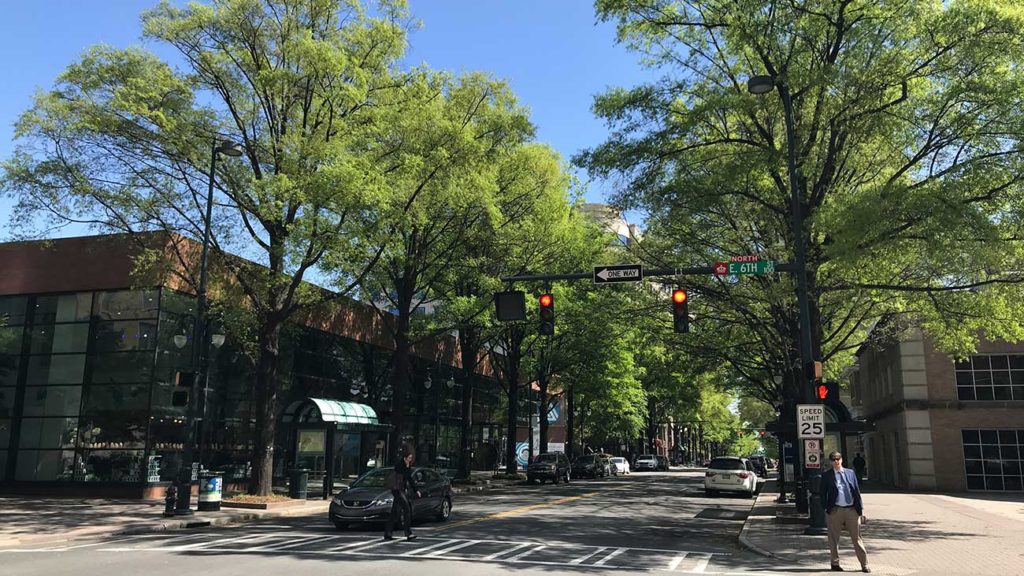