Open Streets 704 is back and expected to draw 25,000+ participants to a car-free route from NoDa to Plaza Midwood 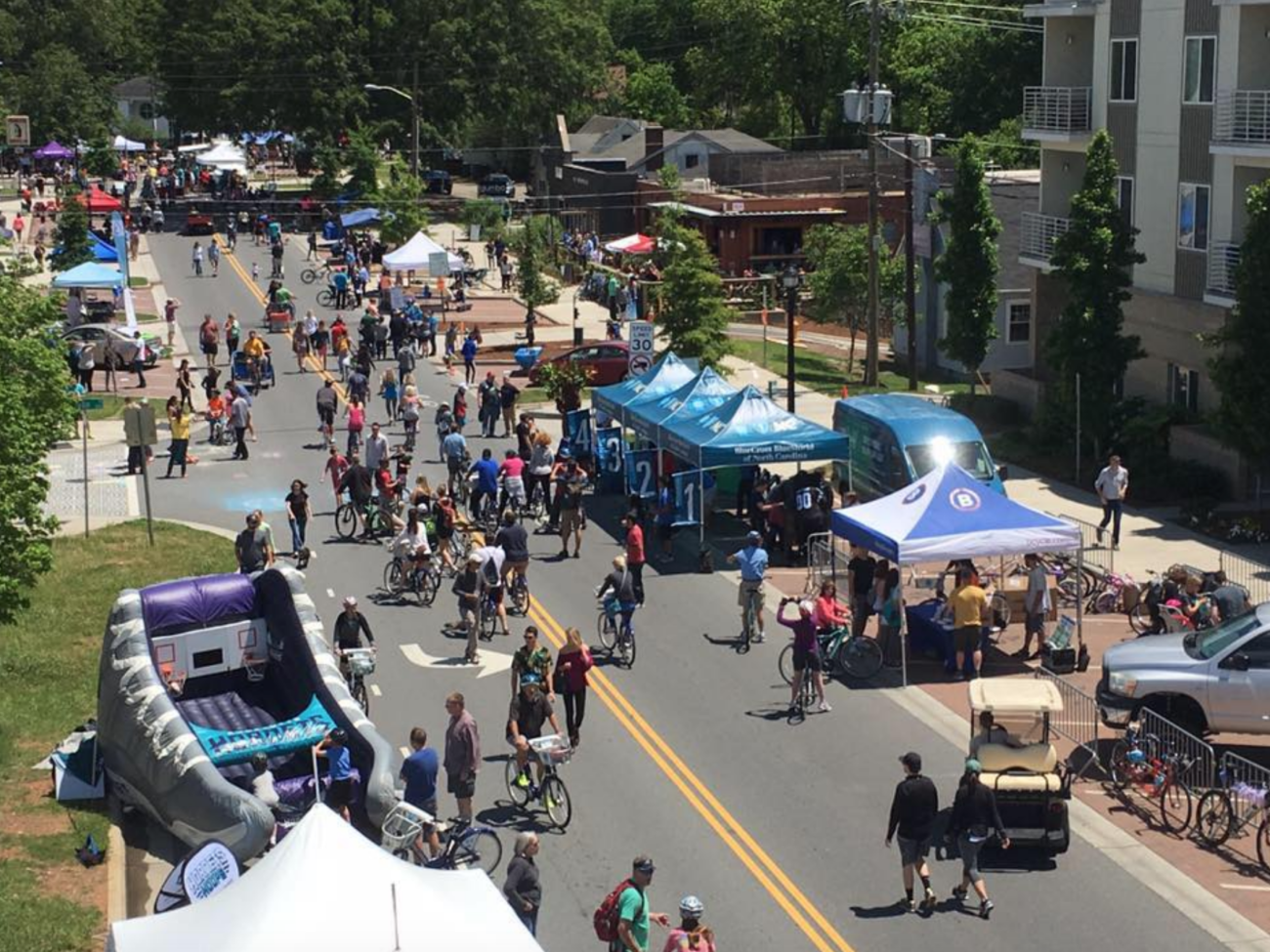 Ever dream of strolling — or riding your bike — right down the middle of N. Davidson Street without a car in sight?

Your opportunity is fast approaching. It’s called Open Streets 704, and it has been celebrated in the spring and fall for the past two years. The car-free event temporarily closes a designated route to automobile traffic so that pedestrians and cyclists can take advantage of the streets.

The most recent events have attracted as many as 25,000 participants of all ages and backgrounds and from all parts of Charlotte… and beyond. The 4-mile route will begin with music and food at 36th and North Davidson in the heart of NoDa.

It will then work its way through the Optimist Park, Villa Heights, Belmont, and Plaza Midwood neighborhoods, terminating at the boutique shops and eateries clustered along Commonwealth Avenue.

Although anyone can get on and off wherever they wish, planners have divided the route into four thematic sections:

Various performers and vendors will also be located along the way. 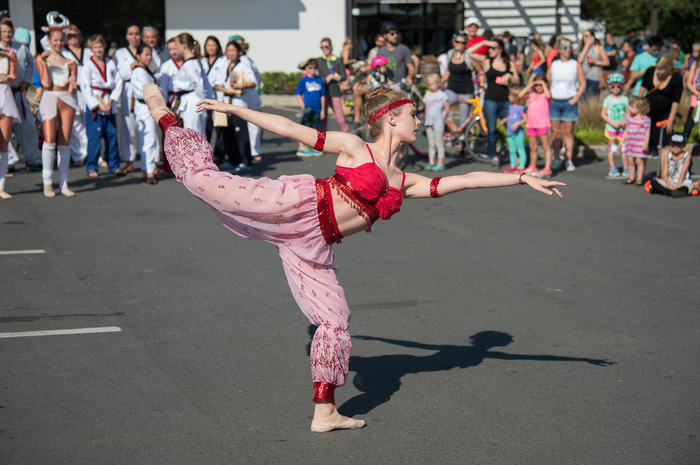 “One of the most important goals is to give participants a comfort level in moving about by foot or bike,” says Scott Curry, the city’s pedestrian program manager and one of the event organizers. “We want everyone to realize that yes, it really is possible to incorporate these travel modes into their daily routines no matter what neighborhood they may live or work in.”

And as anyone who has attended an Open Streets 704 event knows, it’s an invitation for myriad healthy, spiritual, social and emotional connections to occur almost spontaneously.

The open streets concept is not a local invention.

It was brought to Charlotte by Gil Penalosa, an international authority on strategies to revitalize urban streets. He led a series of high-profile workshops in Charlotte in 2015 to make streets lively, safe and people-friendly for anyone from 8 to 80.

Gradually, open streets events migrated from one country to the next. About 100 cities in the U.S. and Canada currently host their own renditions on routes as short as Parkersburg, West Virginia’s (0.14 miles) and as long as Ottawa, Canada’s (32 miles).

The grandest American version was launched in central Manhattan in 2008, attracting runners, skateboarders, Zumba dancers, cyclists, acrobats, pram-pushers, and swarms of people-watchers. All this compressed into a Big Apple afternoon of human octane energy — 300,000 participants in total. 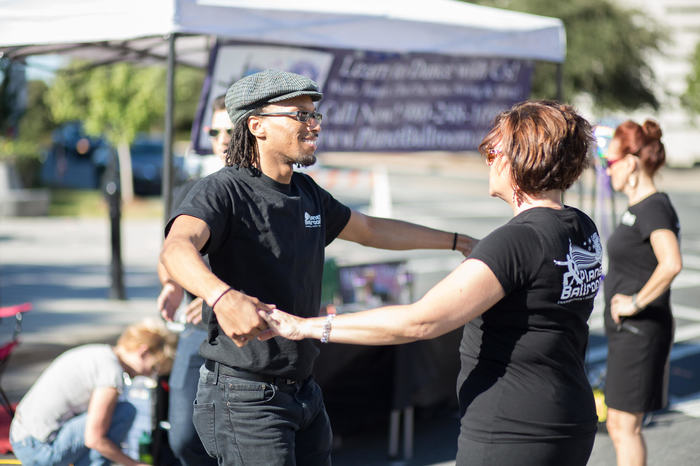 Planners have shared some encouraging stats that tell much about why Open Streets 704 has been so successful.

Such metrics are an indication of an ever-growing subculture for travel around town without a car, what transportation planners like to call “active transportation.”

Open Streets 704 is a product of city of Charlotte in conjunction with community partners. Blue Cross Blue Shield NC is the current title sponsor with added support from the Knight Foundation and similar groups.

One immediate goal is to tap ongoing financial backing sufficient to render this event a permanent fixture on the Charlotte scene. 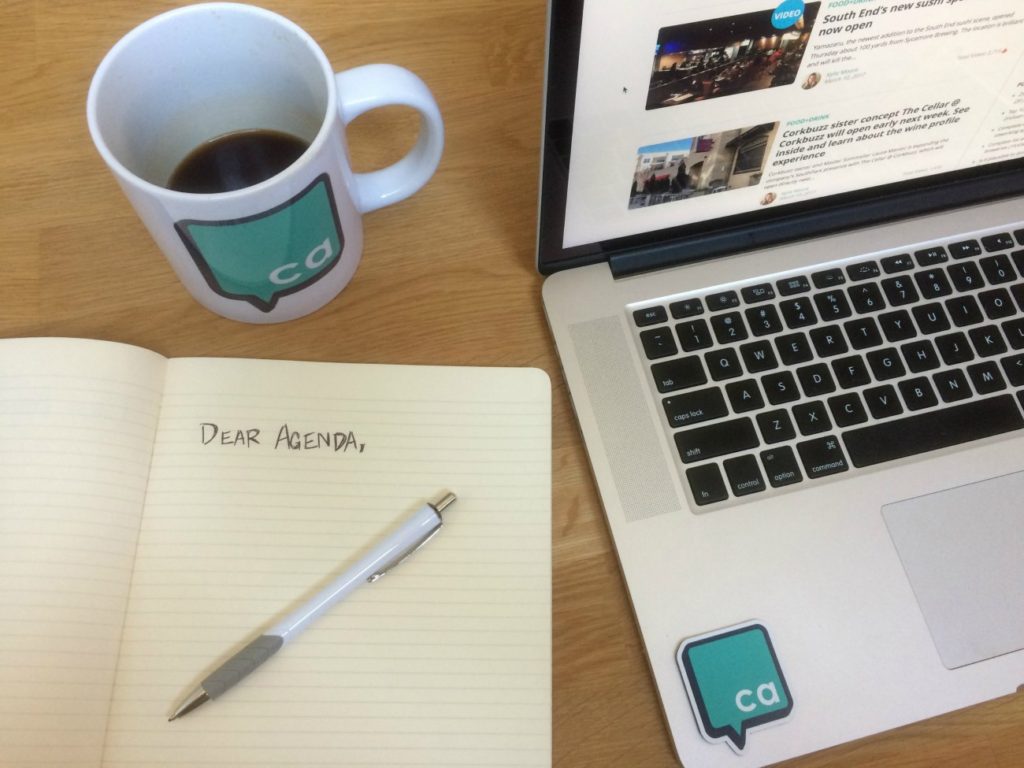