Levvel plans on hiring 50-75 people over the next year. Here’s how to land a job there 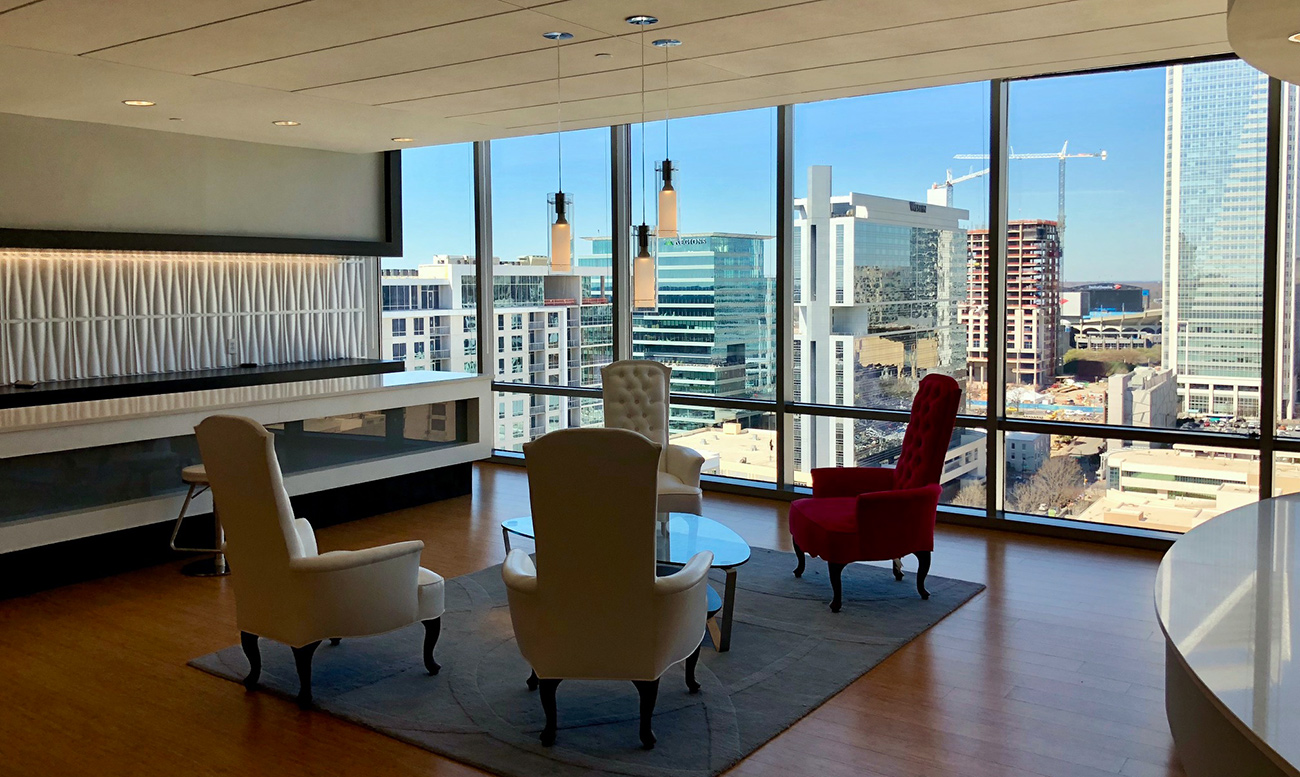 [Note: We’re kicking off a new series where we help smart readers like you gain an advantage when applying for jobs at hot employers. Feel free to send me feedback on  companies we should select or information that you wish this story had.]

I left all my conversations thinking, “Damn, these guys know their stuff.” For example, Scott was previously the SVP of Digital Payments at Bank of America and Christoph was the Head of Architecture and Strategy at AOL before joining Levvel.

And you can also tell that the team has bought in to building the Levvel brand. Scott told me, “I’m pulling in people that are my friends to work at Levvel, so I feel responsible that these people love where they work.”

I sat down in their fancy U-shaped conference room in Uptown’s NASCAR building and talked with Scott Harkey, Payments Practice Lead and Brian DiStasi, Director of Recruiting, about how to get a job there. 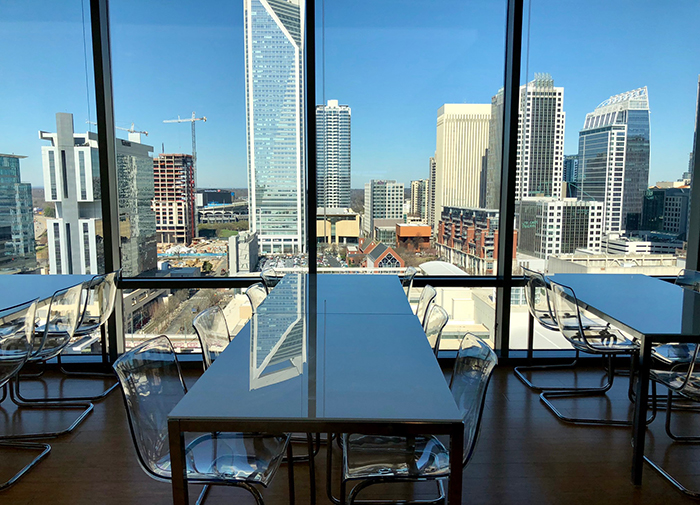 What does Levvel do?

They’ve grown to about 170 global employees (around 90 in Charlotte) with a $30 million annual revenue run rate. 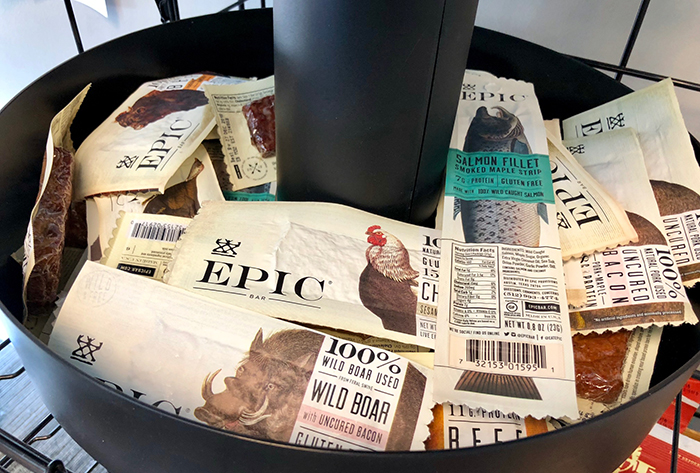 Levvel is hiring, fast. “I started in September and I’ve probably extended 30-40 offers since then,” DiStasi told me. Before he started recruiting, almost all hires came from employee referrals and personal networks.

Over the next 12 months, Levvel plans on hiring 50-75 more employees.

“Our payments practice was just me 3 years ago and now it’s 16 people here in Charlotte,” said Scott Harkey, Payments Practice Lead at Levvel.

Around 80% of jobs will be technology-oriented with other job openings in operational or strategic functions. Surprisingly (at least to me), most Levvel Charlotte hires have come from this market. That said, their recruiting is starting to pick up in Raleigh and Atlanta.

As you’d imagine with in-demand technologists, the majority of Levvel hires come from employee referrals and Brian doing active searches.

Levvel has also developed a college recruiting program and actively recruits undergraduate computer science majors from mostly East Coast schools ranging from NYU to UVA to Clemson. They hired 6 students in 2017 and this year, they’ve hired 11 students who will start this summer after they graduate.

Looking to get into a technology role, but without the background? “I would suggest a bootcamp. We’ve hired developers directly out of bootcamps,” said Brian.

[Levvel currently has two jobs posted on the Agenda job board: DevOps Consultant and Java Consultant] 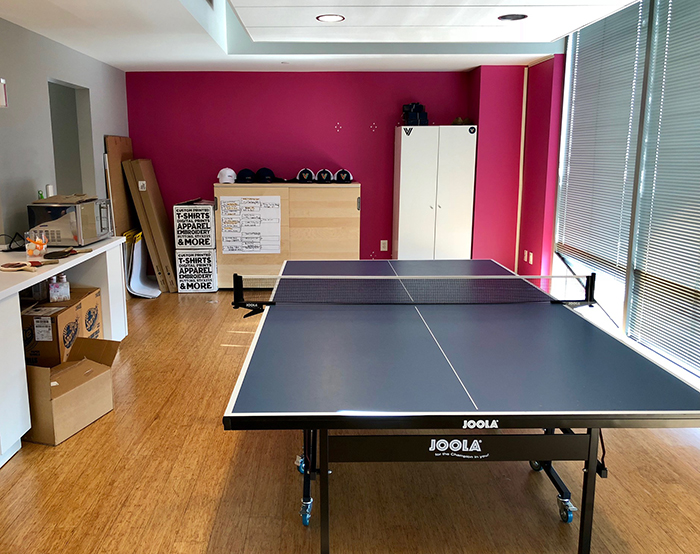 Ping pong table at Levvel. Also, they’ve got premium swag that you can barely see in the background. My favorite swag item is their mesh-back “V” hat.

Initial candidate phone screens are about 30 minutes. If Brian and the hiring manager want to move forward, the next step is an hour-long technical video interview. Typically, two Levvel consultants will be on the video call. From there, more interviews and/or in-person interviews take place depending on the role.

Glassdoor reports that interview questions are relatively straightforward and revolve around knowledge and past projects.

Some specific interview questions that have been self-reported on Glassdoor include: How do you teach yourself new languages? What was your strategic design process at your previous company? How is one way to supply a CMS for a legal department to communicate efficiently with the engineers?

“We want people that are proactive in solving problems, ” Scott said. He also told me that he’s specifically looking for self-directed problem solvers with intellectual curiosity and he personally asks interview questions like: “If you start tomorrow, how do you get grounded? How do you learn things? If I don’t have anything for you to work on, what are you going to do?”

Scott’s advice is that candidates, especially candidates at large businesses, reflect on the autonomy provided at Levvel. “My advice is — just don’t fake it. There are people that fit into this environment and there are people that don’t. Everybody thinks they want self-direction, but a lot of the time they need more structure.”

Candidates looking to meet the team or a leg up in the job hunt should go to Levvel’s many meetup events and/or get involved in Carolina Fintech Hub.

The biggest selling point of Levvel is obvious. As the consultancy continues to grow quickly, employees have the chance to grow, gain exposure to new problems and change roles within the company. Scott told me, “There is infinite mobility for people at Levvel.” 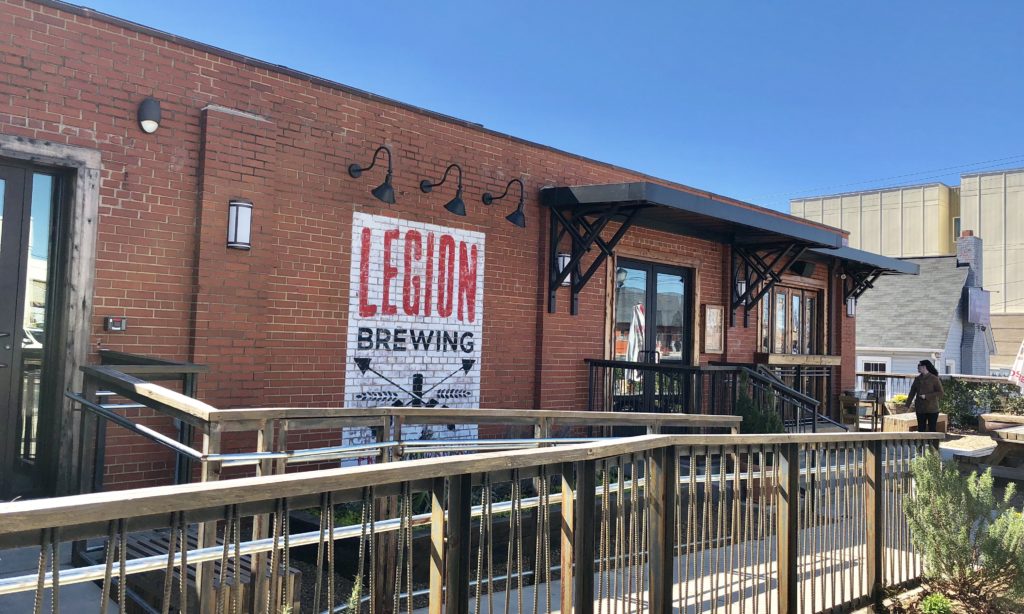