How to get a job at Passport 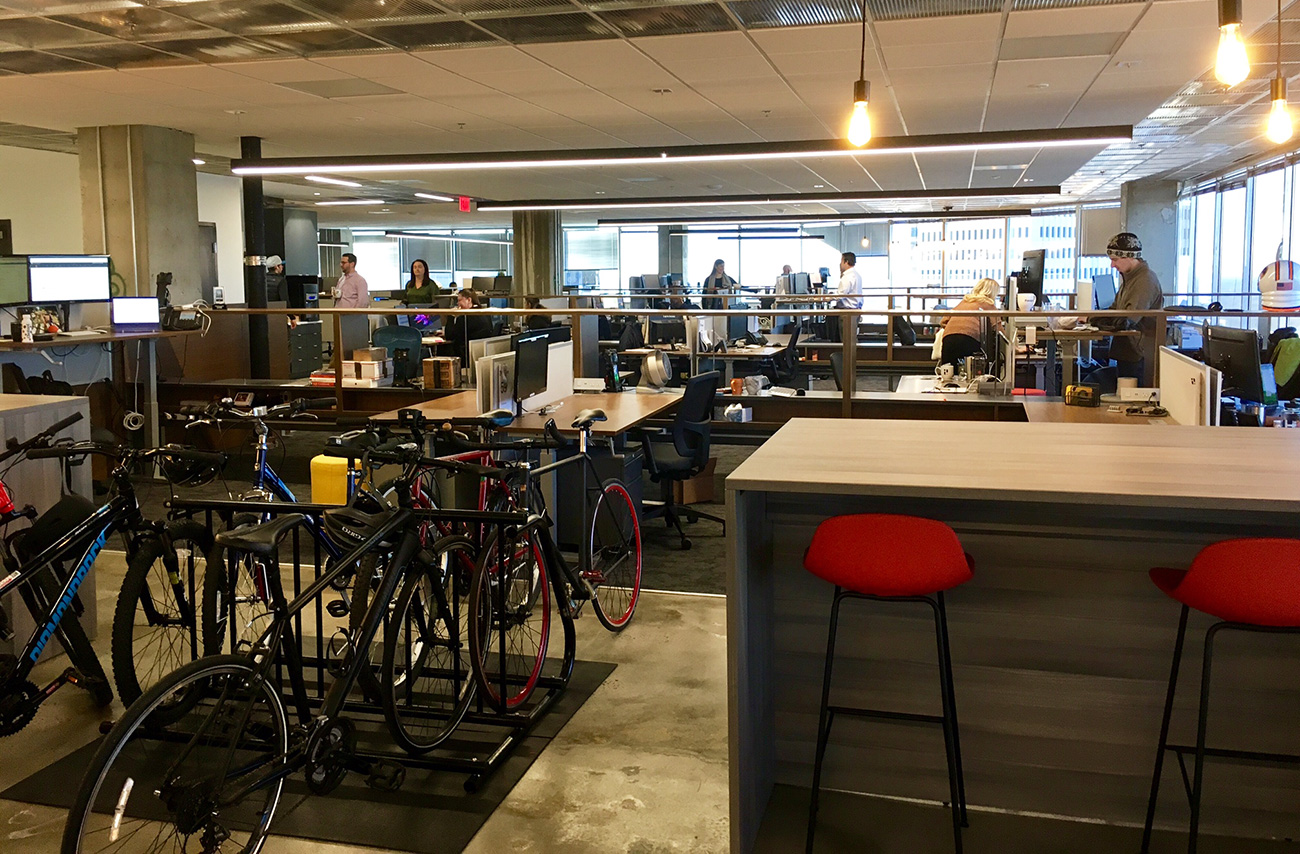 [Note: We’re kicking off a new series where we help smart readers like you gain an advantage when applying for jobs at hot employers. Feel free to send me feedback on  companies we should select or information that you wish this story had.]

I’m a big fan of Passport. They’re one of my favorite Charlotte growth companies. I love the transportation market and I respect the people I know who work there. And they just raised a boatload of money and will be hiring.

What does Passport do?

Over the past three years, Passport revenue has increased 352%.

You get it, they’re successful.

Recently, Passport announced that it raised an additional $43 million in Series C funding led by Bain Capital Ventures, one of the world’s leading growth equity firms. This third round of funding brings their total invested capital to $60 million. 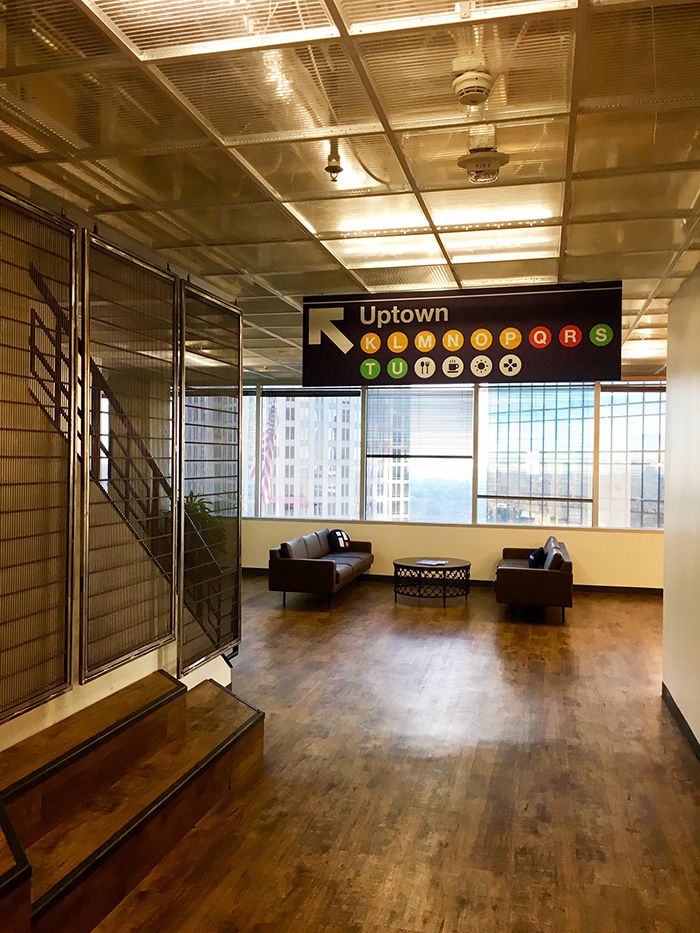 I got a tour of their new office space and it’s awesome. Cool signage, open floor plan, lots of nooks for collaboration, a patio and the usual startup stuff like a ping pong table. Related Agenda story: The 34 most powerful startups in Charlotte

Passport currently has a little over 100 employees.

With the new round of funding, Passport plans to hire 50 more in 2018.

“We have a heavy focus on hiring in Q1 and Q2 to deliver on our business goals for 2018,” said Kate Haffey, VP of People Operations at Passport. “We’re always looking for talent that showcases a diversity of thought and experiences.”

Kate did share with me that referrals do matter and are flagged in their system. She also said that applications spike when Passport gets press. 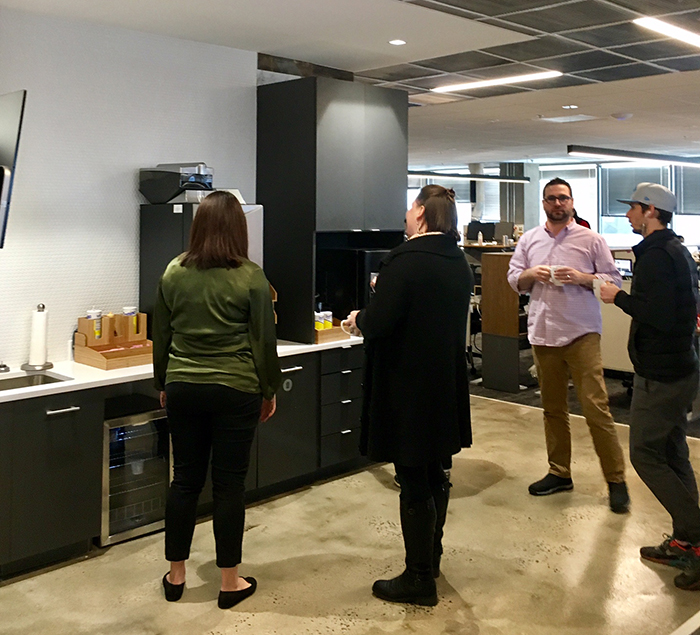 9 a.m. around the coffee maker at Passport. Other than drinking coffee, Passport’s core principles are: people first, be an owner, be quick but don’t hurry, know what you don’t know and think simple and scale.

Kate and her People Operations team take the first pass at applicants. When I asked her for one piece of advice for applicants, she responded, “We look for informed candidates. This means that applicants have tailored their resume and cover letter to the opportunity here at Passport. They should understand our core principles. You never want an HR leader to look at your resume and ask – why is this person applying for this job?”

After reviewing resumes, Kate and her team will typically do a 20-30 minute phone screen with potential candidates. This is pretty causal. Expect to talk over your background and explain why you’re interested in Passport. Most of the time, there’ll be a second phone screen with the hiring manager. The conversation will be similar.

Applicants advancing from the phone screen will be asked to complete some sort of project-based challenge that’s related to the role.

For technology roles, completing a technical challenge is often required before the phone screen.

According to Glassdoor, sales candidates have been asked to make a fake cold call to a local gas station pretending to be a soft drink distributor trying to land a meeting about a new product. Two Glassdoor posts from potential sales candidates said that during their Passport interview, they were asked: “If you were a kitchen appliance, which one would you be?”

Only after the phone screens and challenges are potential candidates brought into their gorgeous new Uptown office for in-person interviews.

After a final decision is made by the Passport team, a member from their People Operations group will reach out to the candidate with a job offer.

“We love candidates that are curious, engaged and can bring value to Passport,” said Kate. “They’ve also got to be comfortable with change and great collaborators.” 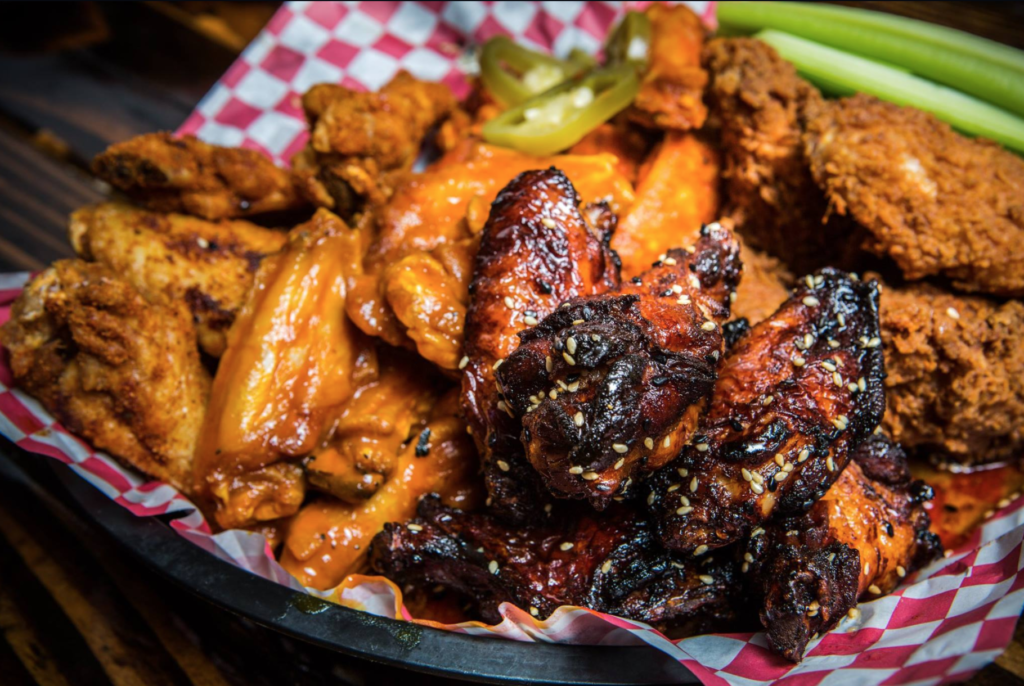 Why did d.d. Peckers do approximately 15,000 wings on Super Bowl Sunday? Because their wings are freaking delicious