Inside the Dowd YMCA’s massive $29 million expansion, opening in 2018 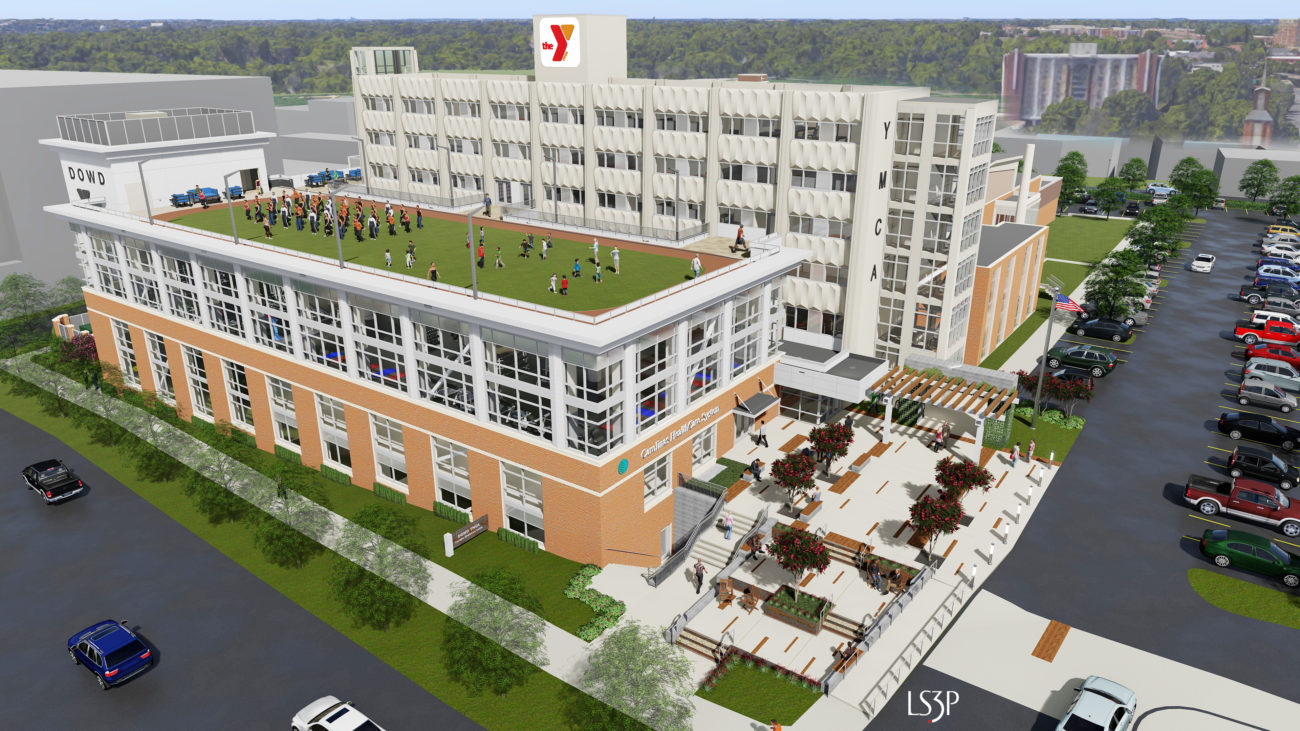 Charlotte’s busiest YMCA branch is undergoing a major renovation project that will add 40,000 square feet of space to the existing 140,000-square-foot flagship location.

The Dowd YMCA opened on Morehead Street in 1960 and today is the most visited location of the YMCA of Greater Charlotte’s 19-branch network of gyms.

Although it’s smaller than the Harris and Brace Family Y branches, the Dowd sees the most daily visitors with approximately 3,000 members checking in on an average weekday. 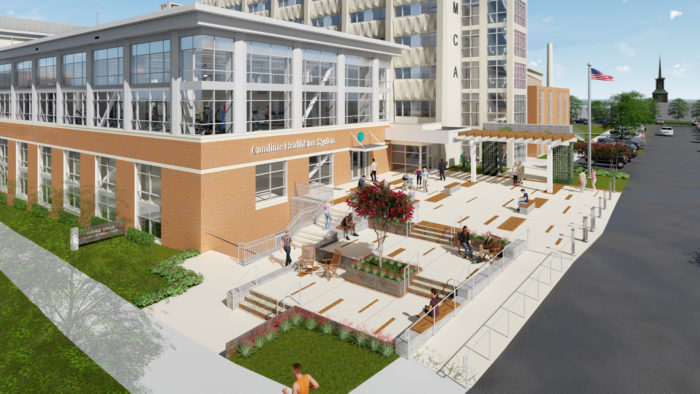 Rendering of the new 40,000-square-foot addition to the Dowd YMCA on the Morehead Street side of the building

Officials broke ground on the Dowd expansion project in April of this year and it’s expected to be completed before the end of 2018.

Dowd YMCA executive director Joe Angelon estimates the front addition will open in April 2018 followed by a final phase of interior renovations on the existing building that should wrap up by the fall.

The $29.5 million project funded primarily through donor contributions also includes the addition of a new 383-space parking deck that opened earlier this year. View of Uptown from the Dowd Y expansion construction site 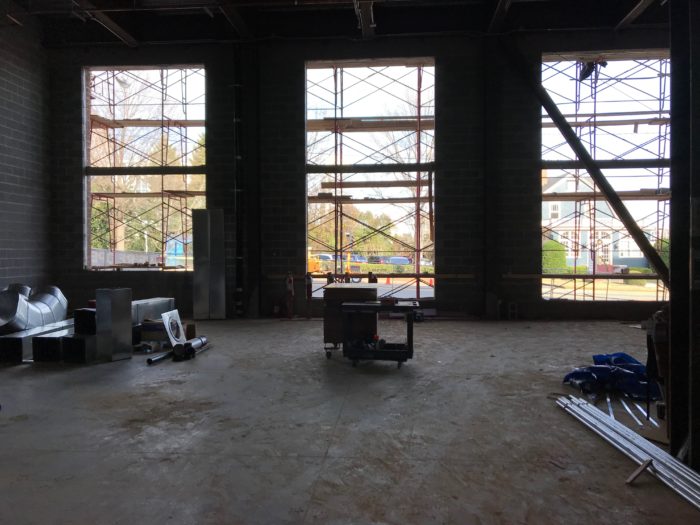 Progress on the Sports Performance Center and CrossFit gym 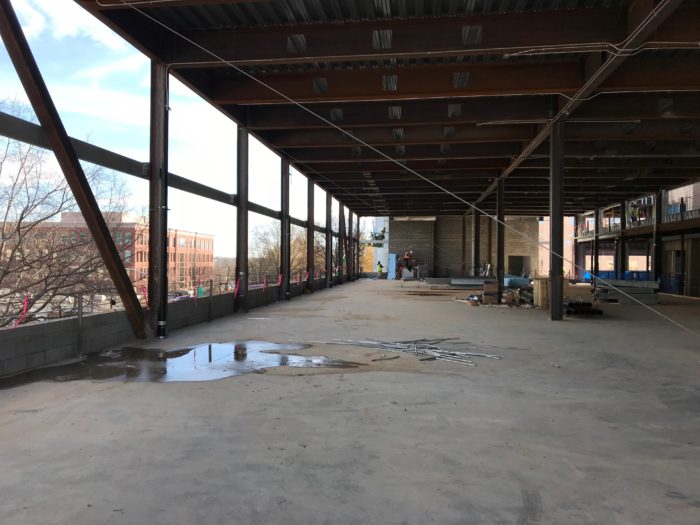 The 40,000-square-foot, two-story addition is located on the Morehead Street side of the building and will include a 7,000-square-foot outdoor rooftop fitness deck for classes and community events.

They’re exploring creative uses for the space, including sunrise yoga and outdoor movies.

Private event space rentals are also a possibility and the space can accommodate up to 550 people. 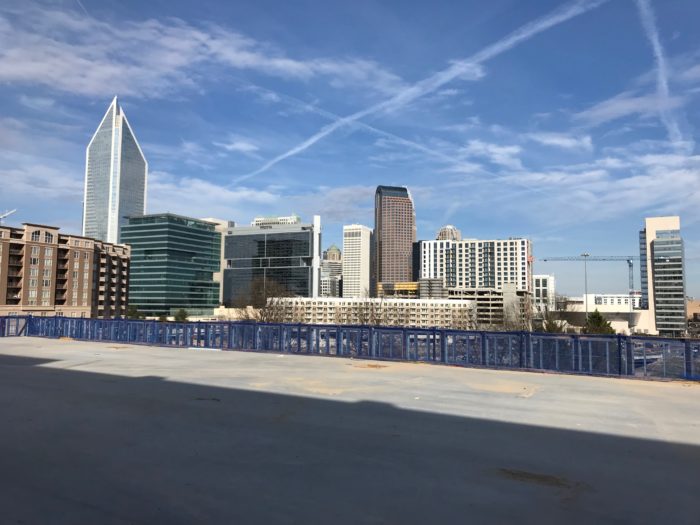 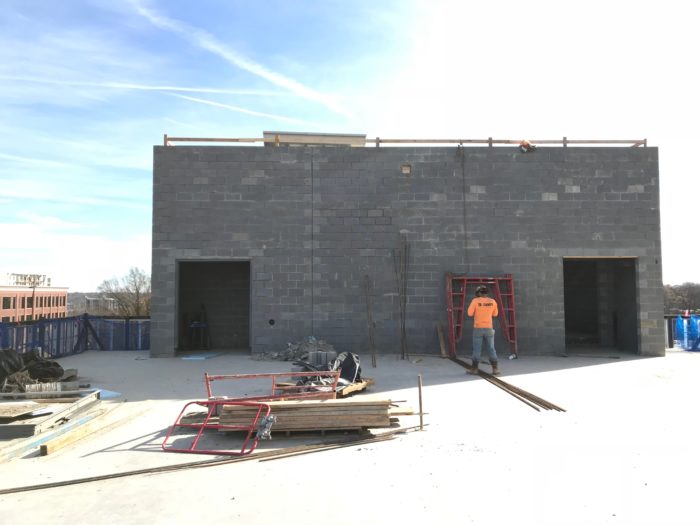 The basement-level first floor is basically all your favorite expensive boutique workouts in one place. Group fitness classes like yoga, barre and cycle are included in your membership fee (which will not be raised) and CrossFit is a separate fee.

Rather than try to force these activities into old spaces — barre, for example, is currently taught in a gymnasium — the addition has been purpose-built to accommodate popular workouts in their own dedicated facilities. 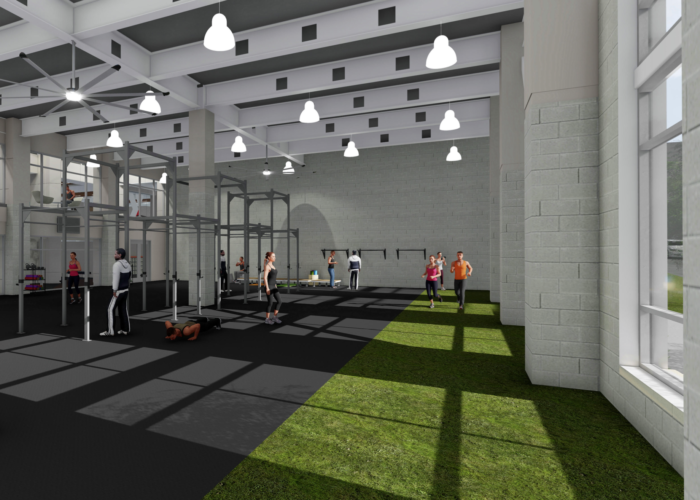 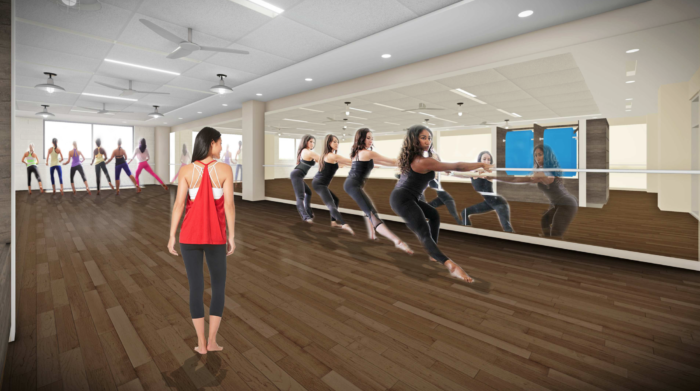 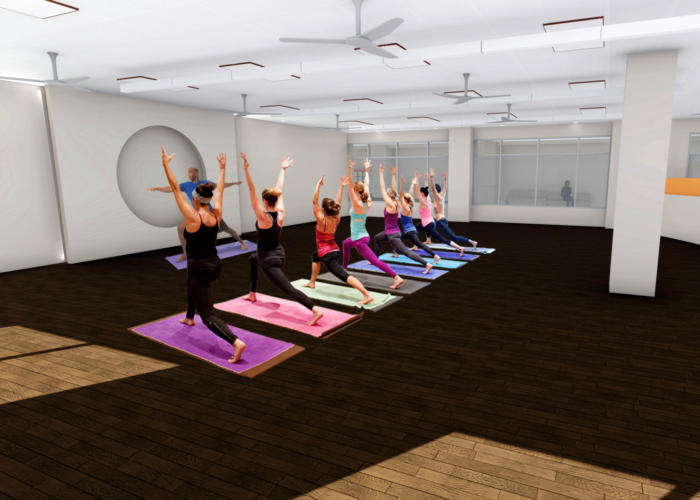 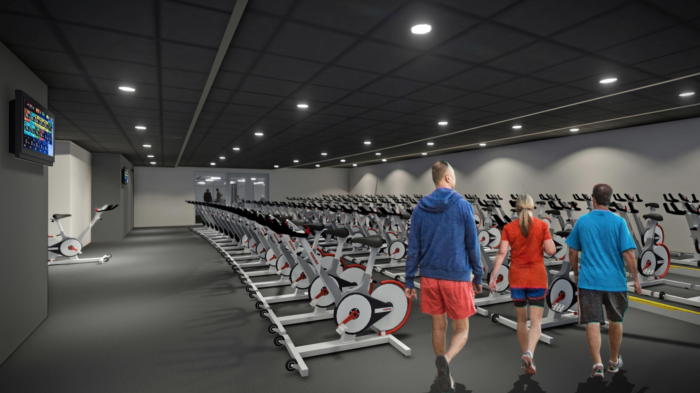 The second floor of the addition will be a bright, open functional fitness space for cardio, strength and stretching, as well as Olympic lifting.

It features floor-to-ceiling windows that will add a welcome airiness inside and nice curb appeal outside.

Existing facilities like the childcare center and cafe will also be expanded and overhauled in the second phase of construction. Locker rooms will likely just be getting vanity makeovers with new carpet and fresh paint. 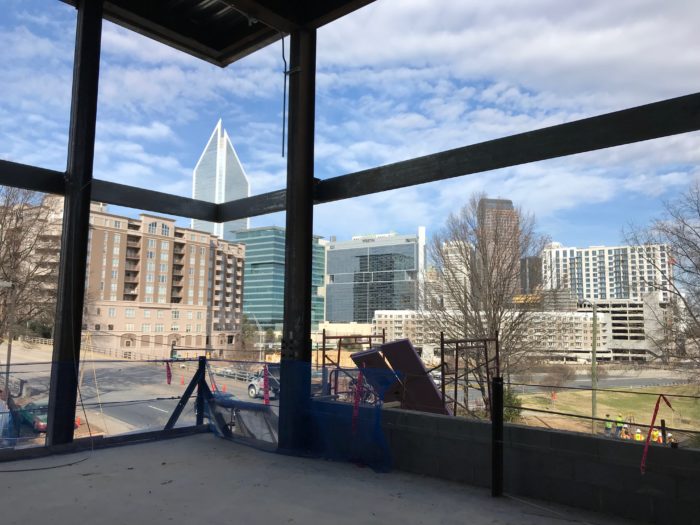 Not a bad view from the treadmill.

The Dowd is open now and will remain open throughout the duration of the project.

Following the April opening of the new addition, construction will shift to renovating the existing building. Until then, not much will change in your experience.

As always, you can expect traffic to spike immediately following the New Year. To accommodate the increased demand on an already stressed construction zone, the Dowd will expand its operating hours until midnight Monday-Thursday, 10 p.m. Friday and 8 p.m. Saturday and Sunday. 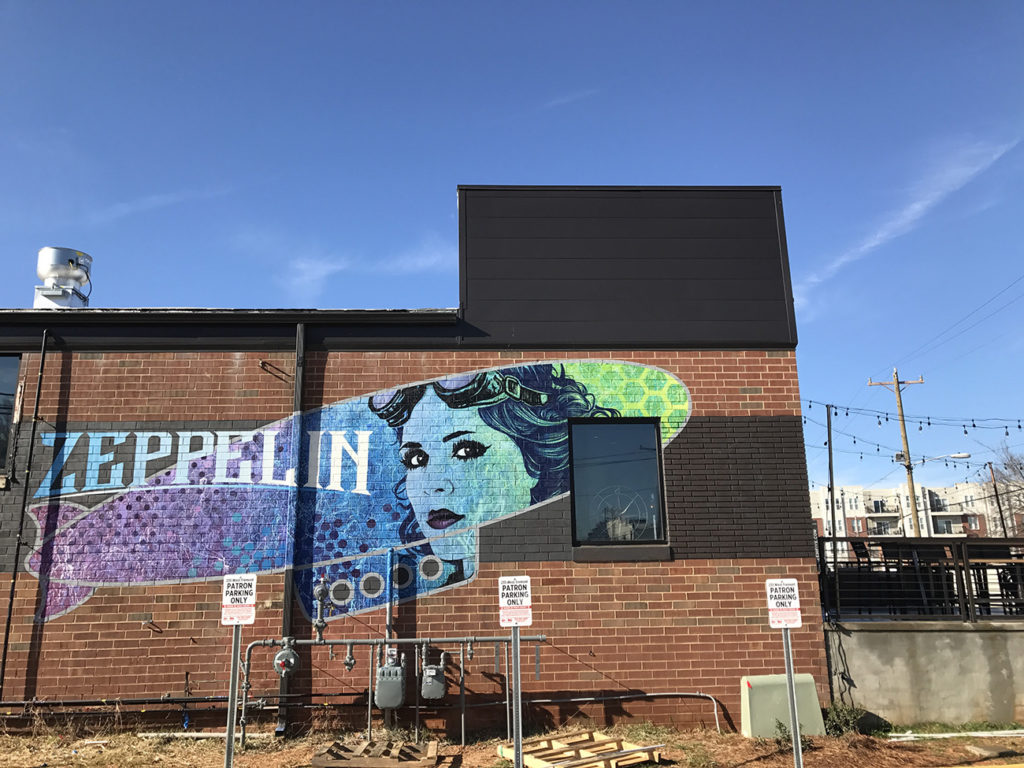