In response to: Agenda Weekender: 75+ things to do this weekend, including Panthers football, holiday markets and multiple ugly sweater parties

“75 things to do (in this universe at that) Star Wars release on Friday predicted to be in top 5 all time draw and not even a hint here. You folks clearly need to get out more often.” – D

In response to: ‘Elitist’ dating app The League says it’s finding success in Charlotte, but some users are saying otherwise

“I found out about The League from the Agenda story. The idea of being matched with a man who is actually looking for an ambitious woman intrigued me. So after another failed Tinder date, I actually paid the $200 membership fee to skip the waiting list. So far its been a waste. I’ve been on for about 3 weeks and no matches. If I hadn’t paid the membership fee I may not be so disappointed, but I feel like I’ve been gypped!” – K

“Only young, hot, rich people… No olds… I think it’s awful, but you have to love the positioning. If I was young, hot and rich I’d probably sign up and just not tell anybody (actually, I probably wouldn’t care, haha).” – J

“Thank god I am married and don’t have to date….especially since I quit drinking! But if The League is elitist and aimed at creating power couples, I kind of smirk at the demographic. A 28 year old successful power couple? At that age, you are simply still a go-getter with an ego, who only aims at being an “elitist”. Could you imagine dating that person? Ugh. So it seems The League’s main marketing strategy is to filter out all of the cool people. Sweeeeeet.” – R

In response to: The 10 best barbecue spots in Charlotte, ranked

“If this list is solely off of pulled pork, Bill Spoon’s BBQ is #1 in my book more moist and flavorful also has the best sauce but I’m also a big Eastern NC BBQ fan but followed by Sauceman’s then Midwood Smokehouse. Side note: I had Boone’s Brunswick stew Sunday for the first time and was probably the best I’ve ever had.” – C

“Respectfully, I think the ones you picked were popular places and places I like. From a purists point of view, I think places like Bill Spoon’s represent the old school, Lexington BBQ genre of Q. Real NC BBQ, not a craft beer joint with Q on the side. I do believe that they have the closest thing to Lexington but also the ambience is classic. No frills, good old boy, Flo-style waitresses. My kids even wrote me saying that you dissed Bill. I don’t have any connection to any of them other than eating a lot of BBQ all across NC over the years.” – S

“Missed your opportunity to comment on the overall underwhelming state of Charlotte BBQ. Summed it up in first line, Midwood is only wood smoked one.” – L

“Putting Mac’s on your BBQ list is a crime. A name that never gets any love in Jim N’ Nicks. Whether or not they’re actually in Charlotte is up for debate. My top three in no particularly order at Midwood, Sauceman’s, and Jim N’ Nicks.” – J

In response to: Cash Confessional: A week of spending in Charlotte on a $48,000 salary

“Alright…. Lady to lady: I am about the same age as this woman, make thousands less, and most of our bills are about the same. I’ve done the math here. After accounting for all your expenses INCLUDING your 10% after tax savings goal, you’ve got around $850 ish leftover for food/fun/etc per month. You can go out and have a great time every month for half of that. You absolutely CAN be paying more on your student loans. You just aren’t determined to do it yet. Stick to a plan. Save up a $1k emergency fund, then take that 10% a month and add it to your car payment ’til it’s gone. Then take that 10% and car payment and add them to your student loan payment and aggressively get rid of it. I’m only being harsh because I’m in the same boat with less money, and I am winning the get out of debt game. You can do this!” – F

In response to: Noble Smoke could give Charlotte a true barbecue flagship

“I will never patronize Noble’s restaurants, including this one. He was one of the businesses that signed against the Charlotte nondiscrimination ordinance. Why would Axios Charlotte, squarely geared toward millennials, promote the restaurant without including any of that information in the article? I’m with councilwoman LaWana Mayfield and will never give my money to his establishments.” – J

“I am Appalled that Axios Charlotte did a fluff piece on Jim Noble, a person who signed a letter along with other businesses AGAINST including LGBTQ people in Charlotte’s nondiscrimination ordinance. This isn’t about politics; this is about putting bigotry, homophobia and transphobia in the spotlight all in the name of promoting yet another barbecue spot in Charlotte.” – F

“Boycotts are stupid. If it’s great food, I’m eating it. I don’t care about people’s personal beliefs. The man has done more good than most will do with opening and running King’s Kitchen. Noble makes good food, and this will be highly successful. All the so-called boycotters will eat there. Why? It will be the hip new place, and Charlotte loves the hip new place.” – J

In response to: New York-based espresso and coffee shop now open in Uptown — and they’ve got a grab-and-go window

“What is it with all coffee shops being closed on Sundays?? Hex, Subsecreto, South End Grind, Rush… if it weren’t for Not Just Coffee and Central Coffee, we’d be left with no caffeine for our hangovers!” – J

In response to: Even if we don’t land Amazon, North Carolina will be better off for trying

“Do we really want Amazon HQ2? Sure it would boost the local economy immensely and add A S*** TON of jobs. But look at what’s happened in Seattle. The amount of techies with high paying jobs has increased the cost of living there so much over the last decade that people who have lived there for years are now pushed out of the city because they don’t make $150k a year.” – I

In response to: Charlotte apartments are bland. In 2018, our developers should steal these 5 ideas from other cities

“All of the buildings you referenced are one of a kind and built in much more dense cities, where the market supports the insane costs of deign and build of unique structures. Every other new apartment building in these cities looks just as bland as the ones in Charlotte.” – R

“Apartments are designed based on the occupants that pay for them. Making ‘really cool’ looking apartments are unaffordable by those who pay for these apartments. Maybe all you numbskulls can start a GoFundMe page for city beautification and pay for it out of your own pockets.” – J

In response to: Cash Confessional: A week of spending in Charlotte on a single mother’s $42,000 salary

“Single mothers are awesome and deserve the world! You ladies rock!” – S

“The church that the woman attends should be downright ashamed. Reading the list of basic/essential goods and services she wishes she could afford, it made me sad to know that roughly $3,000 of her very hard earned money is going to the church each year. Churches should help people in her circumstance, not accept $260 a month from them.” – H

“I can’t imagine being in the writers shoes, but a few things stood out to me where she could definitely save some money. I’m not sure how the arrangement works, but hopefully she’s given the opportunity to meet with a Bank of America (or any bank) financial advisor. Kudos for taking on a 2nd job as needed to support your family. For me I also take a good look at monthly expenses that are always due (rent, water, internet etc). I’d definitely recommend reviewing these: (1) Phone bill looks way too high for 2 lines. It shouldn’t be difficult to find a family plan for at or under $130. (2) Internet is also an easy savings opportunity. A standard plan should run $50-70. Avoid the crazy cable add-ons as you have Netflix and Hulu. Do some research and find a good bundle package.  (3) Car insurance also looks to be on the high side (assuming that’s a monthly rate). Shop around and I’m sure some company has a better offer. Best of luck in your job search and be sure to start saving the extra income after debts are paid off.” – T

In response to: If JJ’s Red Hots added burgers to their menu, business would explode

“Maybe we could get Ted’s opinion on adding hamburgers to Viva Chicken or Yafo Kitchen because I bet those businesses would explode too if they had burgers.” – G

“That’s probably why he owns a successful business and you write for the Agenda. Food for thought. Pun intended.” – F

“It’s a hot dog joint, you moron. You want a burger, go down the street to Bad Daddy’s and draft up a new article on brewery fashion. Stick to writing articles with poor grammar and spelling mistakes and leave the restaurant industry to the professionals.” – J

“Ted, leave JJ’s alone!! We go there for hot dogs and Bang Bang’s for burgers. Leave them both alone and just order another drink at your Selwyn Pub.” – J

“What a grand idea! I mean, sometimes I go to a Mexican restaurant and I’m just dying for some Indian food, and I ask them, “Can I have some tandoori chicken and basmati rice, maybe some naan?” – A

In response to: Is SouthPark actually becoming cool?

“We need some developers in this city with a vision for the future of retail. Reid’s did a great job creating an experience. I was happy when Living Kitchen opened, but the office building they moved into doesn’t have the same vibe as the historic South End building.” – N

“Unique businesses demand a different experience than a square box and mixed use spaces.” – K

“Things don’t have to be hipster and artsy to be ‘cool’ — some of us like the classics.” – N

In response to: Could light rail actually make it to Ballantyne one day?

“It would be great if there was a plan that didn’t involve waiting 50+ years. Robo cars will be here in under a decade.” – E

“Real planning would be to extend the line to Ft Mill and Rock Hill . The congestion on 485 is currently because of the 4th lane already completed but blocked by DOT. This legislation is part of the toll debacle with Cintra which is not just I-77, restricts usage until the profit is given away… we paid for that completed lane already.” – M

“They should do what the blue line and red line do in Chicago. the light rail could be put in between the inner and outer lanes of traffic on 485. I think a train that ran that whole circle with connections into Charlotte and out would be ideal.” – L 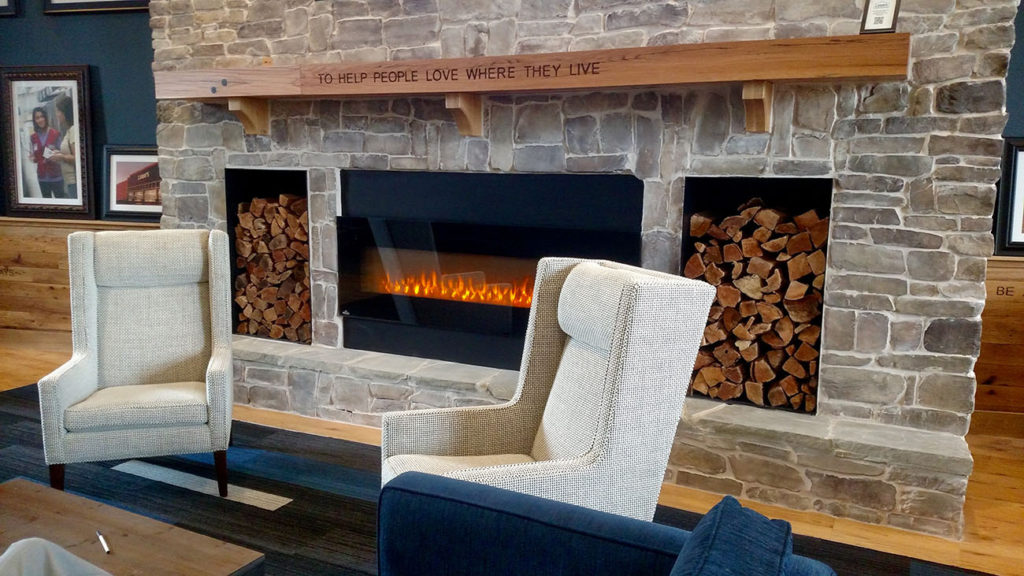