Could light rail actually make it to Ballantyne one day? 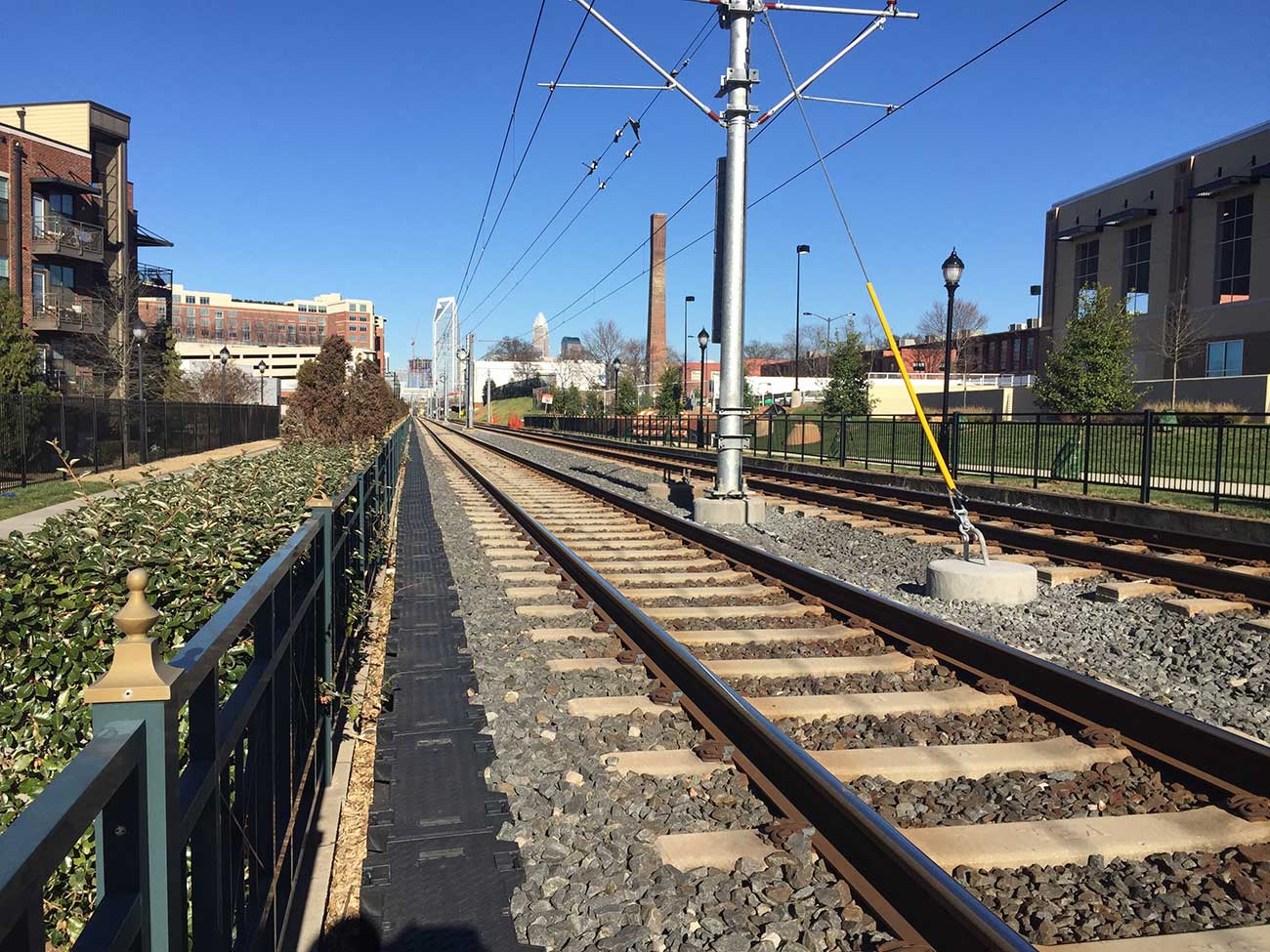 Trying to drive around Ballantyne during rush hour is miserable. That’s not news.

For years, Charlotte transit planners have recognized that there needs to be some type of mass transit to the major employment hub — like light rail — to try to break the vehicle logjam.

But there’s never been any real movement on it, for a variety of reasons. Too expensive. Too many single-family homes. Besides, we’ve had enough trouble as a city getting the current Blue Line light rail lines complete.

The most tangible map showing a way light rail could get to Ballantyne appears to be this drawing done by Kimley-Horn as part of their bid for business with the city. 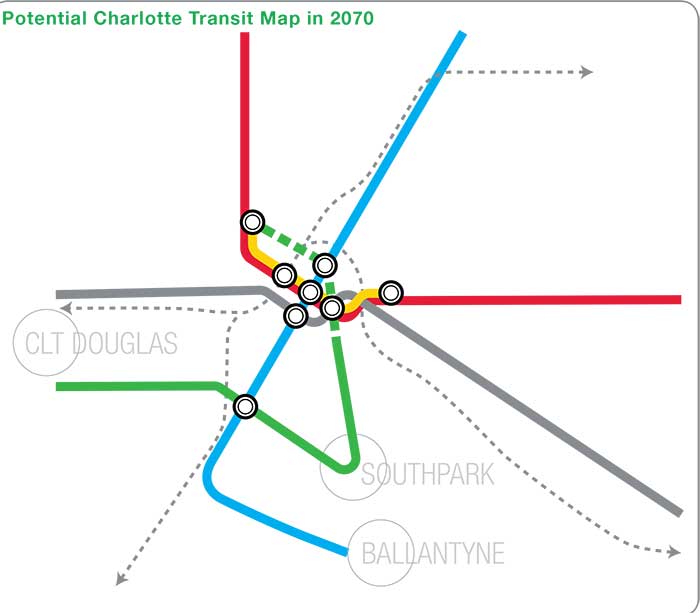 So when Charlotte Area Transit System CEO John Lewis told the Observer that light rail to Ballantyne needs to be in the next phase of planning, it caught my attention.

How could this actually happen? 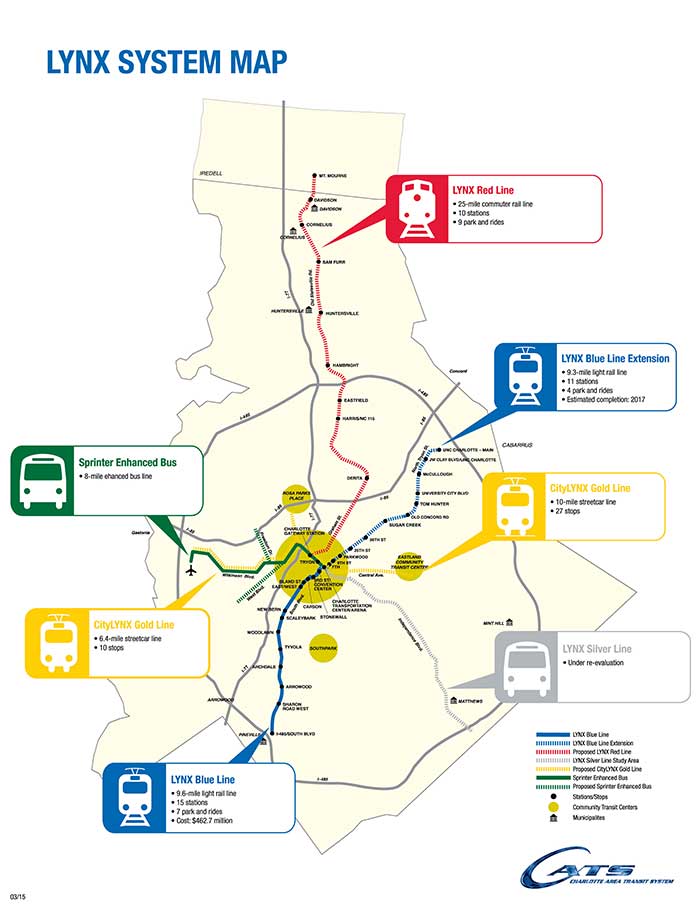 But Lewis said that he does believe light rail to Ballantyne — and SouthPark as well — are feasible as spurs off of the current Blue Line to the south.

The first steps toward Ballantyne might be easier than you’d think. When the light rail through South End was originally envisioned, the line extended across I-485 and into downtown Pineville. 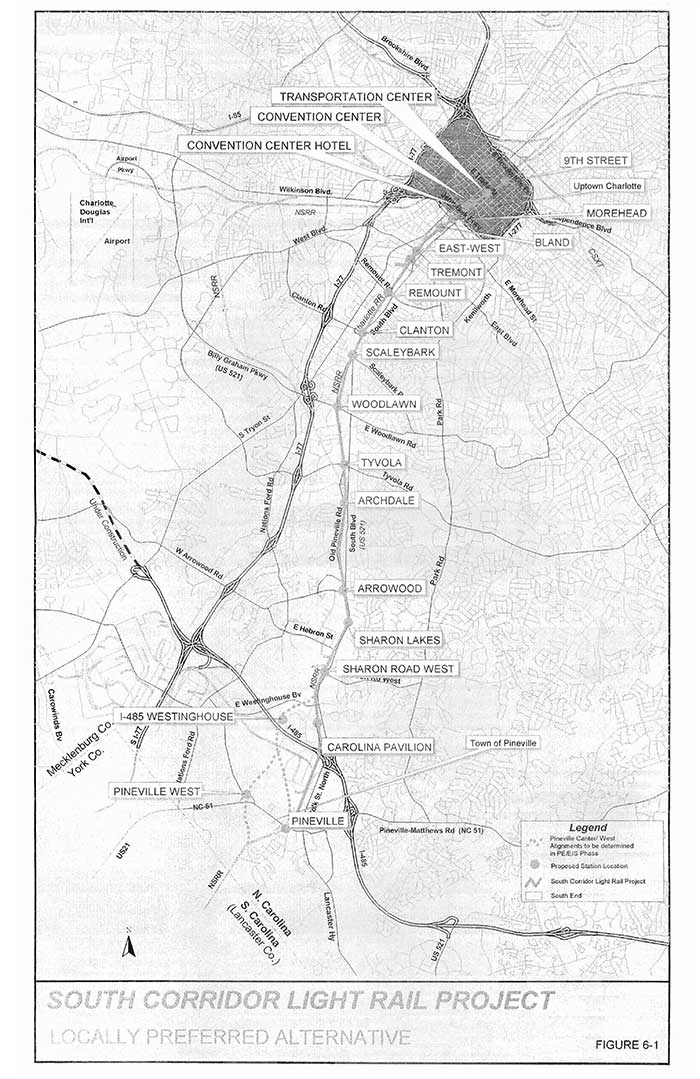 This map is from the South Corridor Major Investment Study from the year 2000.

Things changed in 2002 when the Pineville Town Council voted to reject the light rail line. The current line stops just north of town limits. But all the preliminary engineering is already done, Lewis said. That gives a pretty good starting point.

I pressed Lewis on what route a spur to Ballantyne could take from there, but he demurred.

That won’t stop me from speculating, though. Most of the current light rail runs along Norfolk Southern rail right-of-way, which does not stop where the Blue Line does. A southern extension could take it all the way across the border to Indian Land (or even Fort Mill).

Then there is what appears to be an electrical line right-of-way extending from there east toward Ballantyne Corporate Park. It’s a pretty straight shot with little in its path — only one little cul-de-sac of homes that would get cut off.

It’s hard to see on this map, but the red circle shows the Norfolk Southern rail and the blue marks the electrical lines. Ballantyne Corporate Park is in the lower-right corner.

Now, there are probably reasons why this wouldn’t work that I don’t know about. It would also require interstate cooperation and billions of dollars. But at least it appears reasonable.

SouthPark is trickier. Where land is still relatively plentiful along the South Carolina border, that’s definitely not the case by SouthPark. There’s much more dense development.

I would have to imagine that a light rail spur — or perhaps streetcar — would go down Tyvola Road from the current Blue Line to SouthPark’s commercial center.

Lewis thinks big. When we spoke, I got the sense that he has a better-formed idea in his mind for how to do this than he’s letting on.

I can’t wait to see it happen. 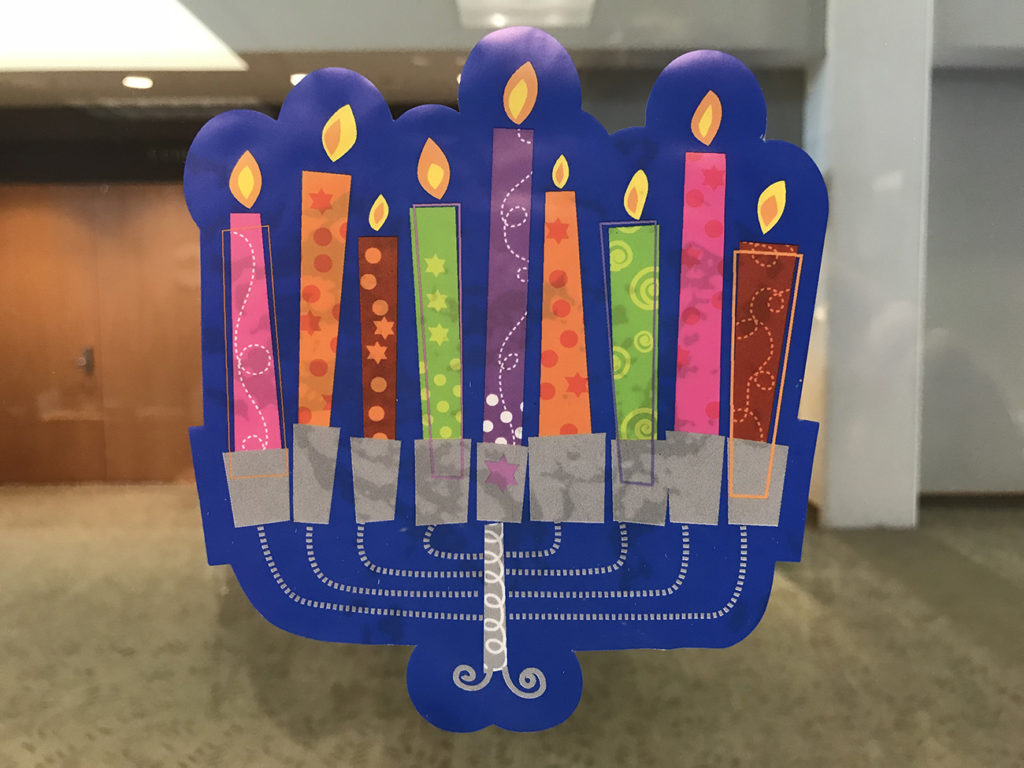 6 ways to celebrate Hanukkah in Charlotte