Masked thieves crashed a minivan into Social Status and stole an estimated $7,000 in merchandise 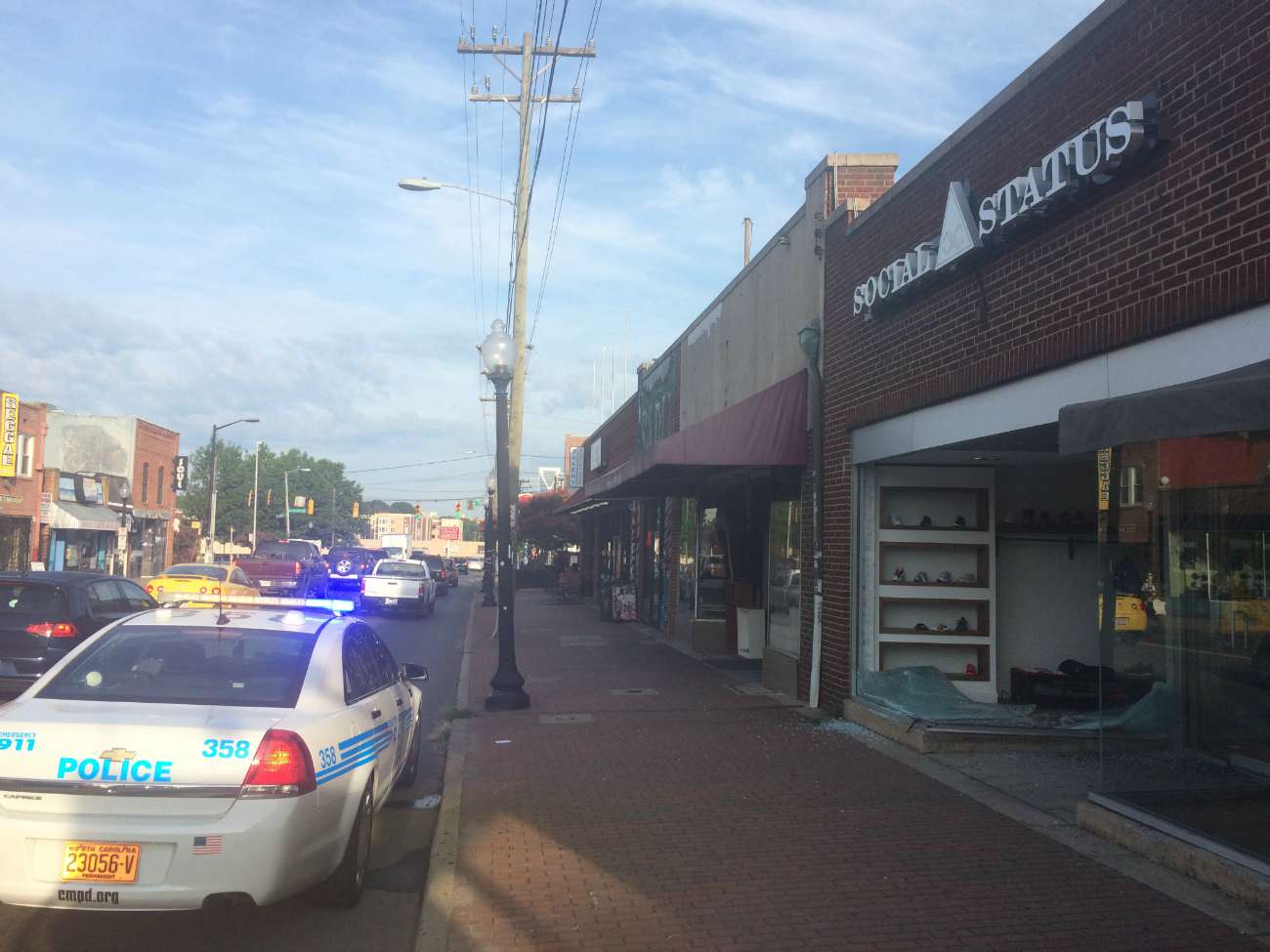 At 4 o’clock in the morning on Wednesday, masked thieves drove a minivan through the front window of Social Status, an apparel and footwear boutique on Central Avenue. The thieves stole an estimated $7,000 worth of merchandise before fleeing the scene. The entire heist was caught on store surveillance. At 9:30am the day of the incident store manager Charlena Washington sat next to a pile of shattered glass in an otherwise untouched store, stating matter-of-factly that they would remain open for the day “to make a statement.”

A police investigation is under way but Washington speculated, “It’s probably someone who knows us, who knows the store.” It’s unclear whether products were targeted or stolen at random in the rush, but Bathing Ape (bape) brand accounted for most of what was taken. This isn’t the first time Social Status has fallen on hard times. A fire ripped through the flagship Charlotte store in December 2013, shutting the location down for a year. They reopened Black Friday 2014 only to be hit seven months later with yesterday’s incident. Washington says it won’t slow them down. “This is nothing compared to the fire,” she said. “We’ll have the glass replaced in a couple days.”

By 3pm they had boarded up the broken window and were back in business.