This is part of an ongoing series titled Mailbag, items readers submit via email or our feedback form. We get a ton of feedback, this is not close to everything (it’s about 4%), but it’s a good sample.

In response to: Cash Confessional – A week of spending in Charlotte on a combined $134,000 salary

In response to: Charlotte, we need better ideas if we’re going to land Amazon. Look at what we’re up against

“Better idea for Amazon: Include them in MLS pitch to have the team name as the ‘Charlotte Prime’. Lots of directions you could go with this and works for all parties. Think New York Red Bulls.” – W

“Charlotte is a city that sees what other cities do and does a cheap, knock-off, commercialized, bland smaller version of it.” – A

“All this amazon talk is crazy. Cities all over the map are going to end up wasting millions of dollars to attract an outside company. Please Charlotte, do not play Amazon’s game. We need to focus on what we do have and how to improve our city from within, we do not need to be offering crazy tax incentives or infrastructure we do not already need.” – F

“Charlotte has no chance at HQ2 and the biggest reason is that the light rail is a joke. There’s only 1 line! It is useless to the vast majority of the city. A good public transit system makes it so you can do anything you need to do without a car and do it relatively easily. Charlotte doesn’t have that and Jeff Bezos wants that.” – L

“Because of HB2 and its aftermath, Charlotte will have a difficult time competing with other cities.”- A

“Instead of it nicknamed ‘Downtown 2’ as mentioned in the article, you could just call it Downtown. I think that’d be cool it have Uptown and Downtown.” – D

“The former Philip Morris site would be ideal for Amazon 2. The light rail could easily be extended those extra few miles, and the Concord Airport is a full service airport with plenty of room for expansion.” – E

In response to: I want Boxman Studios to launch a residential container home line so I can buy one for my backyard

“Maybe tough to get a working cell signal but love the idea.” – J

“Yes, I am human and I would also like to have a container tiny house to live in but a small one, get a half acre of land but in the city where I could walk to the store.” – D

In response to: Charlotte is having trouble recruiting, holding on to police officers

“$43,492 is awful for a person that is entrusted to put their life on the line for strangers. You want more people to apply and for better people to apply, raise salaries. We’re asking someone to potentially take a bullet for a bit more than $20 an hour and people can’t figure out why recruiting is down?” – P

“Who would want to be a cop for such an ungrateful public? Criminals get shot and it immediately turns into a race issue. A couple of questions we never see asked are: Who is doing all these homicides? Why are they doing them? But I guess that’s too sensitive.” – F

“This isn’t just a Charlotte problem, it’s all over the country. It’s hard to find qualified responsible people to handle society’s garbage if you want to pay them next to nothing to do it. And then ridicule every move they make after the fact. I was a cop for 11 years and I cannot understand in this society why any young person would want to be a police officer.” – M

“It’s the same thing in Corrections. They need to up the salary for these fields, these people put their lives at risk every day, and should be compensated accordingly for it.” – J

Maybe if media and news outlets highlighted all the good that our officers are doing on a daily basis, there wouldn’t be such a hard time finding qualified recruits. On Saturday evening, I had the opportunity to see first hand what an amazing job many of our CMPD officers are doing. Our 16 year old son was involved in an auto accident when a drunk driver ran a red light on Central Ave. The man who hit my son’s car was traveling well above the speed limit. He also decided to get out on foot and run from the scene of the accident. The officers who arrived on the scene attended to my son with absolute professionalism. They made my son and the others involved feel comforted and safe. They handled injuries, shaken teenagers, worried parents, eye witness accounts, police reports, etc. with complete calm and professionalism.” – D

In response to: Tiny house communities could face city crackdown

“Affordable housing yay!!! Oh but not in my backyard though.” – J

“I checked this out. Beautiful space. Very roomy. If I was on a budget this would be a great starter home. Can’t find a crackhouse for that price in Charlotte. This is a brand new home.” – M

“The homes in Keyo Park West sell for more than double the price per square feet of the homes in the surrounding neighborhoods. If someone is spreading rumors that the neighborhood will lower values, they’re flat wrong”. – J

“Like Coulwood is a nice area? These neighbors need to get over themselves. These houses are small but nicer than most of the existing homes in the area. I’ll build a home at any size I want!” – J

“I have a barn shed in my back yard that has electricity and a loft . It’s about 400 square feet if anyone wants to give me 75K for I’ll make you dinner a few nights a week.” – S 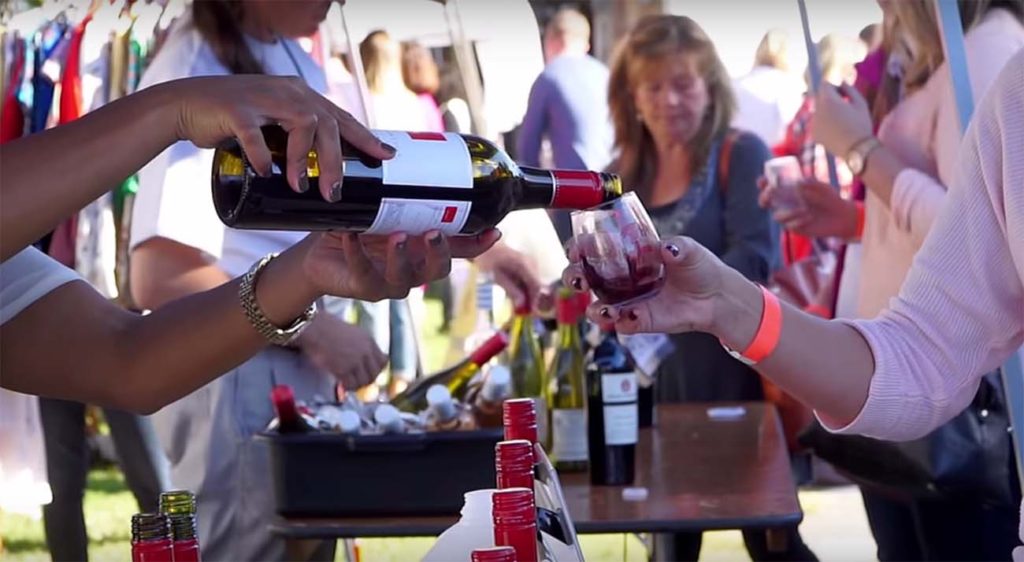 Agenda Weekender: Over 85 things to do this weekend, including the South End Wine Fest, 24th Annual Apple Harvest Festival and GUTS