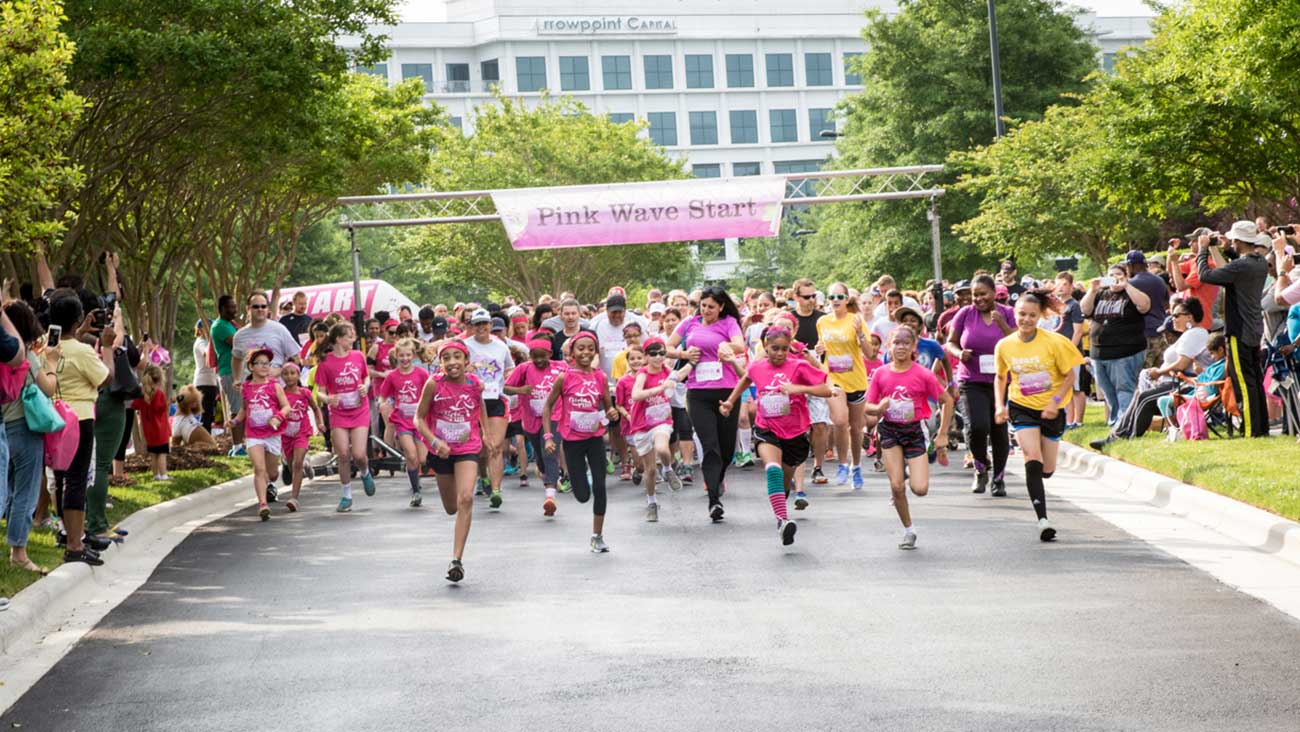 Two running groups for children have become the most popular after-school clubs in the city.

The two groups — Girls on the Run and its counterpart for boys, Let Me Run — have a similar format. Twice a week after school, small groups of boys or girls meet for a running workout and a discussion on character, empowerment, self-confidence or teamwork. At the end of the season, the kids run in a non-competitive 5K race to cap off the experience.

Both reach children in elementary school, before the pressures of adolescence can push them into a box, and both work to combat destructive gender roles.

Several schools fill multiple teams each year, and others need to use a lottery to make registration fair.

They both originated in Charlotte but quickly spread across the country, reaching tens of thousands of families drawn not just to the exercise component, but the character building. 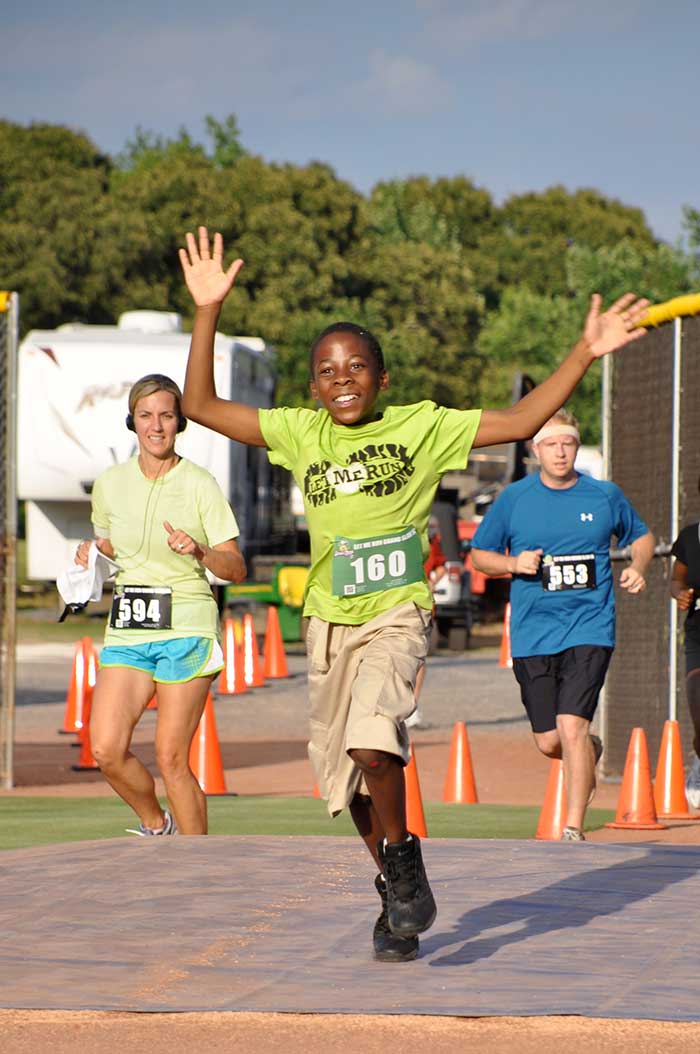 Photo courtesy of Let Me Run

Girls on the Run came first, launching in 1996 as the brainchild of Molly Barker, a four-time Hawaii Ironman Triathlon runner. She coached 13 girls at Charlotte Country Day that first year. The total doubled the next year, and the year after that.

Today, they’re serving roughly 2,000 girls per year locally, with more than 31,000 Charlotte-area participants over the past two decades. They’ve also expanded nationwide, with 220 chapters in all 50 states.

Girls on the Run has two programs: One for third through fifth grade, and the second for middle school students.

Physical activity and organized sports participation also drop off as girls get older. That’s why Girls on the Run wants to develop a love for fitness, healthy habits — and most of all, confidence. 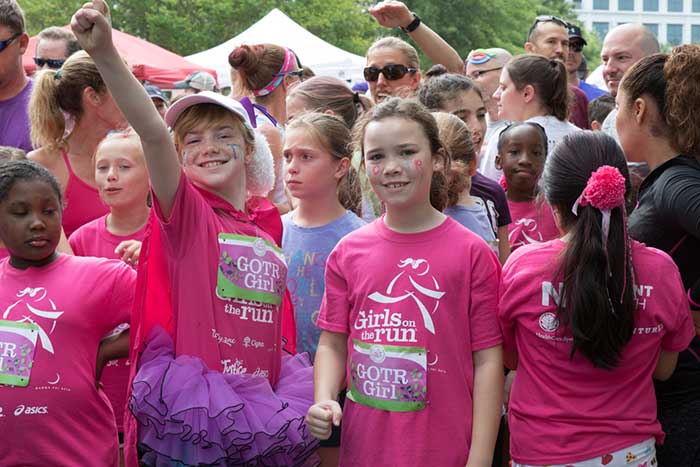 As Girls on the Run gained traction, volunteer coach Ashley Armistead saw a need for a similar program for boys. With Barker’s blessing, she founded Let Me Run in 2009.

The program is centered around the idea of challenging the “boy code,” or the societal expectation expounded by Harvard researchers that males are less expressive, feeling or caring.

“I had little boys, and it really, really opened my eyes up to destructive male stereotypes,” Armistead said.

While most of the Girls on the Run groups do their talking at the beginning, for the boys, the workout comes first. Once they’re good and tired, the teams can discuss weighty topics like feelings, supporting each other, teamwork, respect and true courage.

The programs are open to fourth- and fifth-grade boys. The hope is that they don’t enter middle school with the idea that they fit in just one particular box.

“We want them to be open-minded,” Armistead said.

Let Me Run, too, has followed a rapid growth pattern. Today, there are Let Me Run programs in 27 states, and 27,000 boys have taken part. 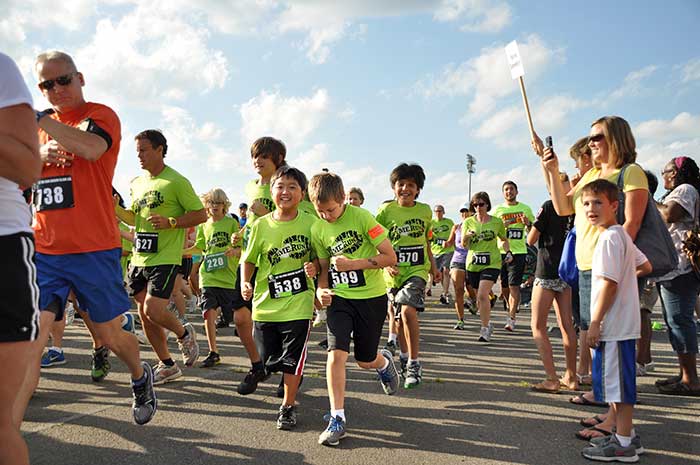 In a city that’s often divided along economic lines, it’s worth noting that both Girls on the Run and Let Me Run have a strong foothold in both affluent and low-income areas.

They’re as popular at private schools as they are in Title I schools, the city’s poorest.

About 60 percent of girls in the program receive financial assistance to help cover the $170 fee. About a quarter of Let Me Run participants receive aid, as well.

Even though they’ve spread quickly, the growth can be difficult to manage. Each team is small — between six and 15 kids. Any larger, and the conversation that’s so critical to the program is diminished.

Girls on the Run generally opens its online registration for two weeks, Hanson said, giving everyone time to submit their name even without home internet access. Some schools do their registration on paper.

This fall, at least 25 teams used a lottery to place kids on teams. Another 13 have waiting lists.

Both are counting on continued growth in the coming years. By 2018, Girls on the Run is expecting the local number to hit 4,000 children per year.

Charlotte will also continue to be a testing ground for both organizations.

Girls on the Run is piloting a program in Charlotte for girls with disabilities. Let Me Run is working on a high school pilot.

Cover photo courtesy of Girls on the Run 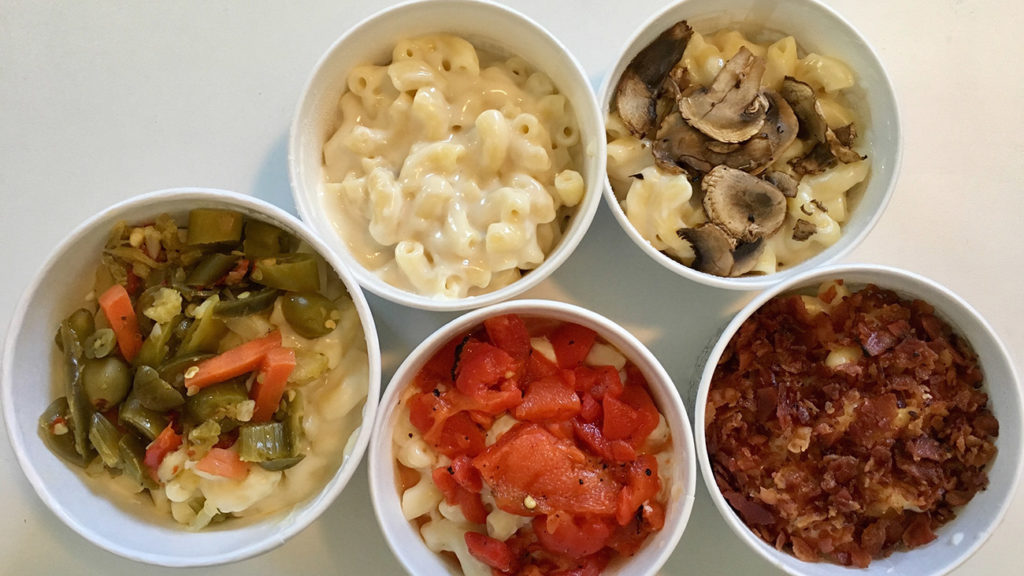 Potbelly rolls out “choose your toppings” mac and cheese today