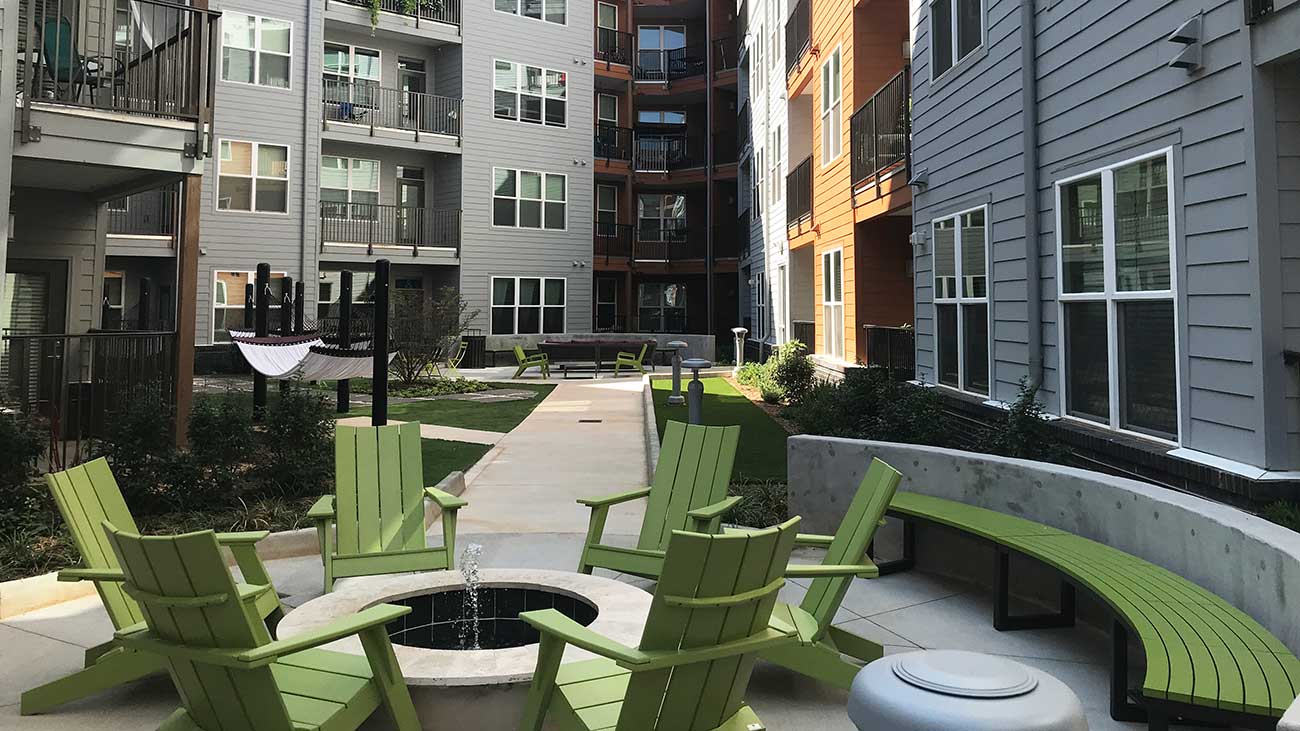 I spent nearly the entire day Thursday on a charter bus hopping from apartment to apartment to check the temperature of Charlotte’s rental boom. It’s still red-hot.

The trip was the annual tour of new construction put on by the Greater Charlotte Apartment Association. And as always, it was eye-opening.

This year, the tour hit five apartment communities that have opened in the past year across the booming areas of Dilworth, Madison Park, Uptown and Plaza Midwood.

Here’s what I learned.

1) Luxury apartments keep on getting nicer.

If there’s one thing that stood out, it’s just how fancy these apartment communities have become. It’s not just the newness of them, though that helps. There’s also the high ceilings in the hallways, wide swaths of glass letting in natural light, exquisitely manicured common areas — and even custom-made artistic fountains. 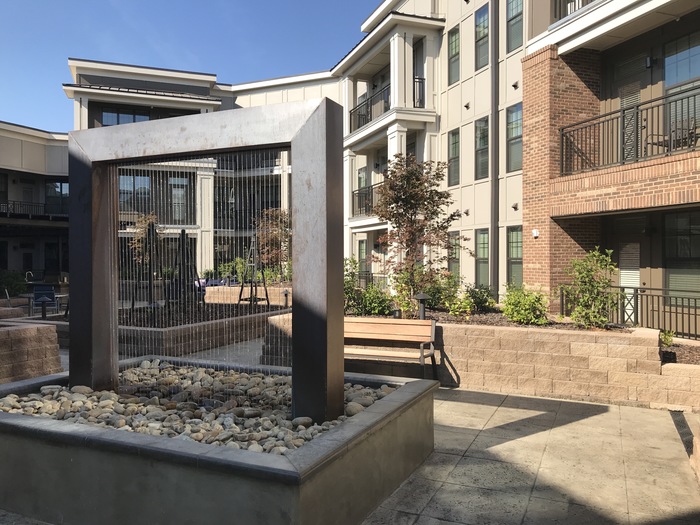 Of course, tenants are paying handsomely for it all. None of the one-bedroom units we looked at rented for less than $1,200 per month, and most were much more expensive than that.

Yes, certain things do come standard at this point. A saltwater pool with aqua-lounge chairs. A fitness studio with video classes on-demand.

Here are the four coolest amenities I saw on the tour.

This private dining area and cool water feature at Lexington Dilworth. It’s on one of six courtyards at the apartment community. 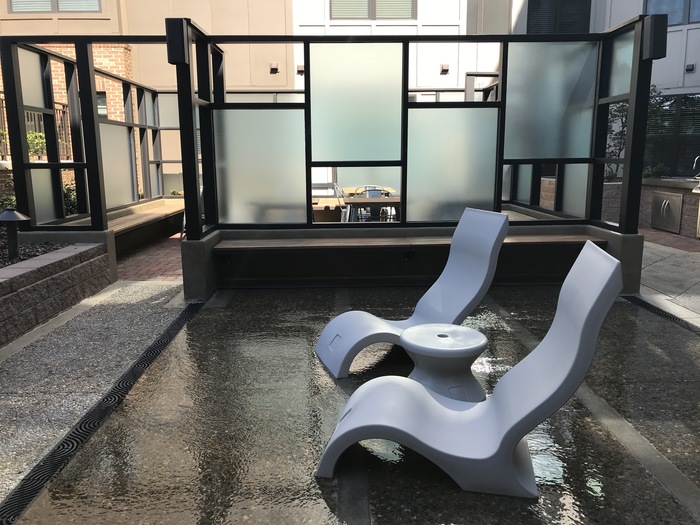 The outdoor fridges at Ascent Uptown. Clutch when the pool is this nice. 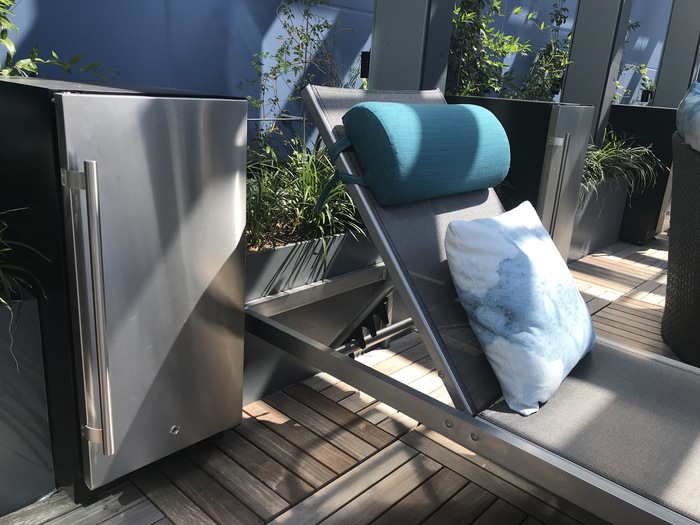 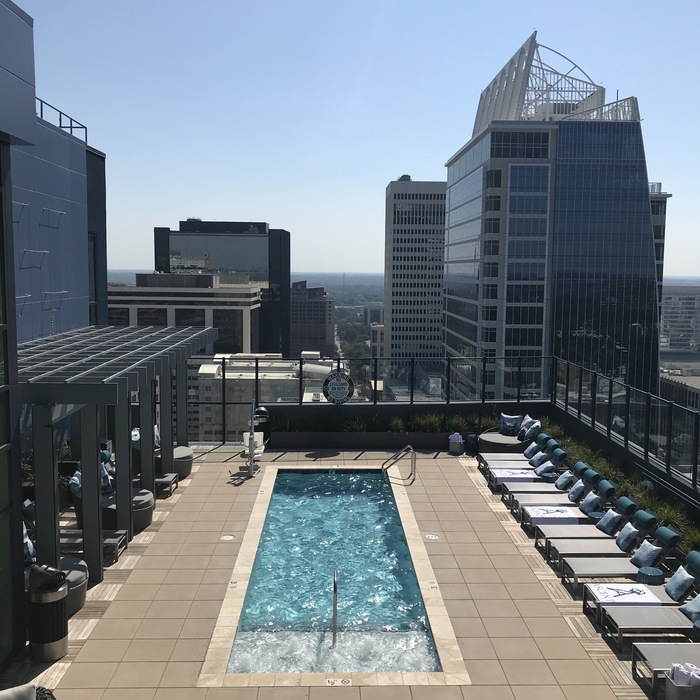 The hammocks at One305 Central. Yes, I did get in one to try them out. 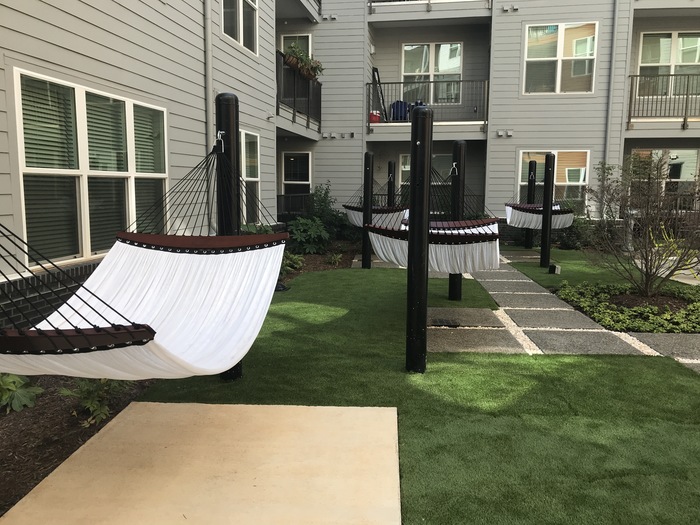 The game room with a view at Museum Tower. On the 43rd floor. You could watch the Panthers play from here. 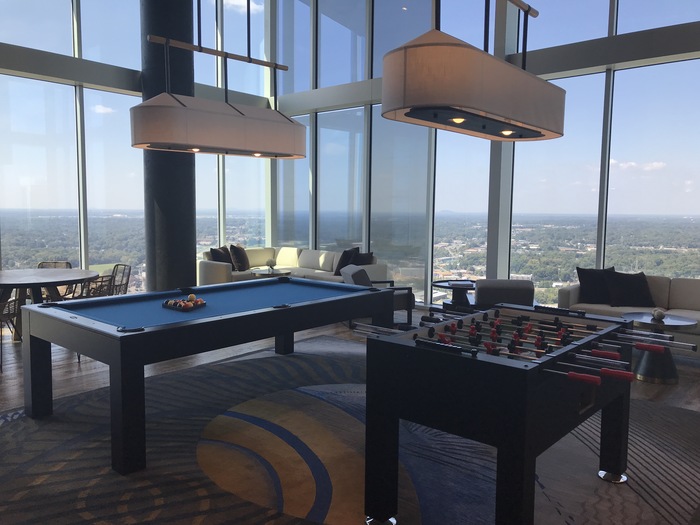 3) A lot can change from when a development starts and finishes.

Even though the apartments we toured had just opened, the seeds were planted, in most cases, nearly half a decade earlier. At Lexington Dilworth, developers bought the land all the way back in 2012. At The Abbey, the land purchase came in 2014.

The market can change dramatically in that time period. Lexington Dilworth was one of the first communities to be built in the neighborhood, and homeowners actually supported the project. Should a similar project need approval today, that likely wouldn’t be the case. The developers of the five properties we toured were lucky that the bets they made years ago are paying off with a still-booming apartment market and a plethora of renters willing to lease them. It’s a good reminder of the risk involved.

4) Developers seem more concerned with blending in with the neighborhood.

As apartment projects are continually getting more scrutiny, it seems like greater attention is being paid to architectural style — particularly in areas where there are a lot of single-family homes.

Both Lexington Dilworth and The Abbey mentioned designing with the neighborhood in mind.

In Dilworth, they tried to copy elements of the bungalows that are ubiquitous nearby. Some of the ground-floor units are walkups. 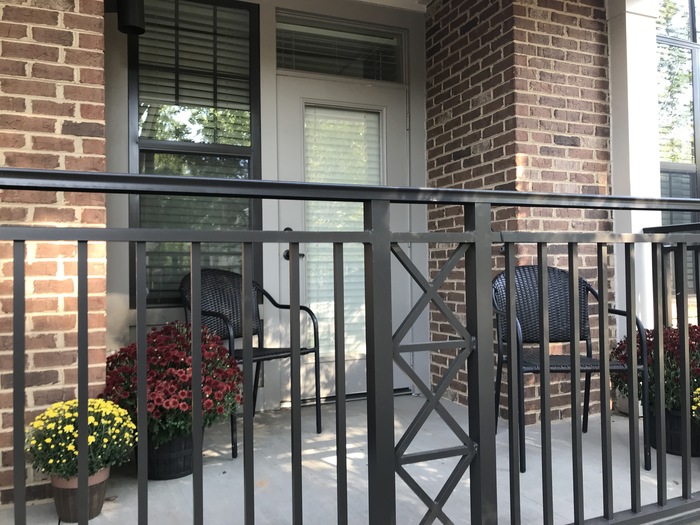 In Madison Park, there’s a bit of a mid-century modern flair. 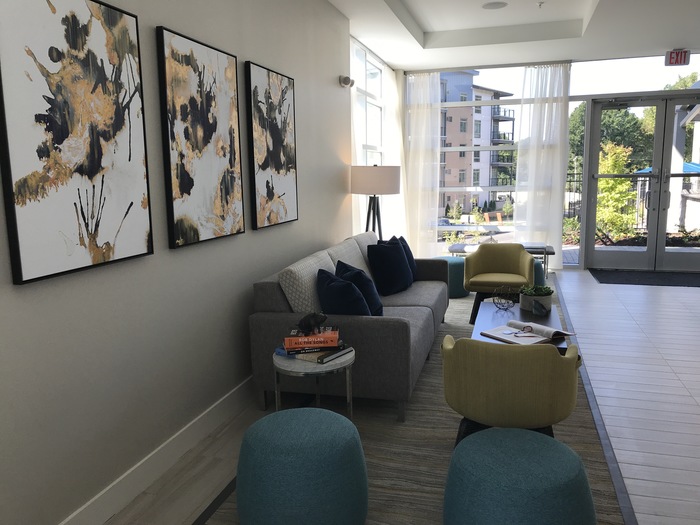 Of course, the same holds true in other areas as well. Uptown’s apartments are thoroughly urban. 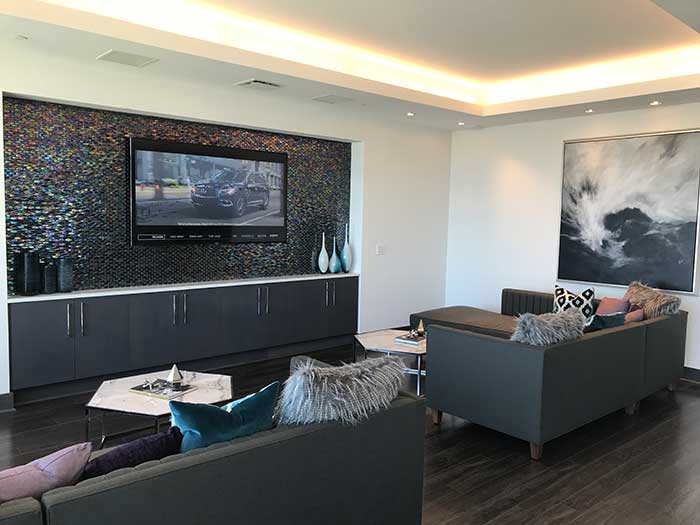 And in Plaza Midwood, there are funky color elements. 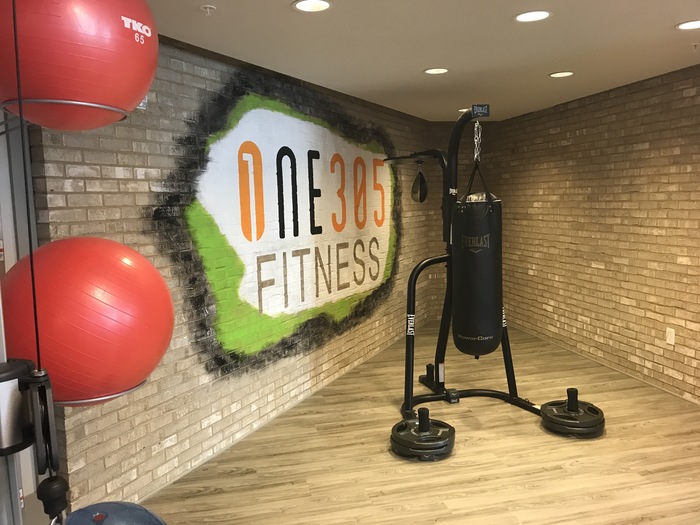 5) Three-bedroom apartments are not very available.

Four out of the five communities we went to didn’t have any at all. The only one that did — The Abbey in Madison Park — only had four of them.

Why? Well, demand is a lot weaker for them and they’re a lot more expensive to turn over. 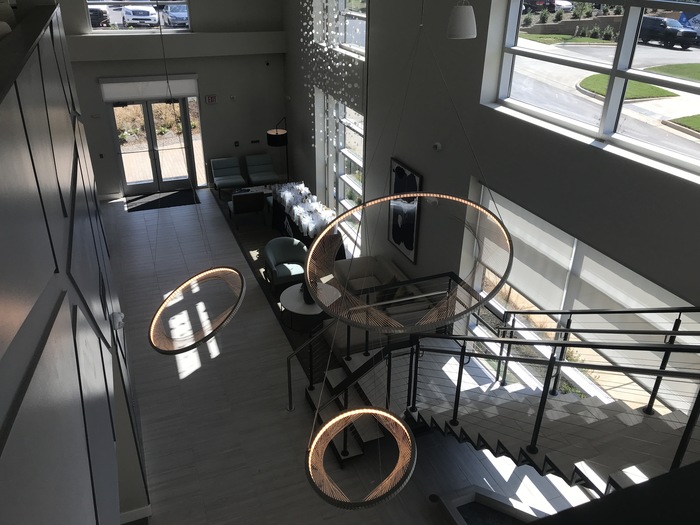 6) Design firms are in demand to plan out common areas and stage model units.

As apartment communities clamor for residents, first impressions matter. And companies are shelling out a pretty penny for designers who can make their model apartments and common areas look like a work of art.

We saw the handiwork of two companies in particular — CORT and AFR. Hats off to them. 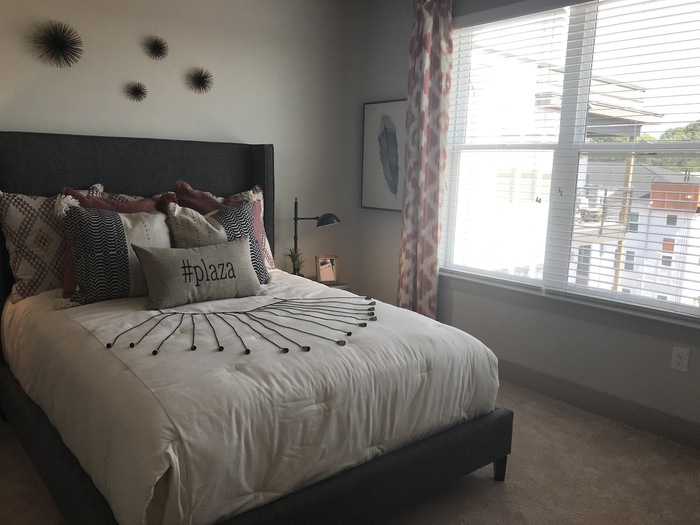 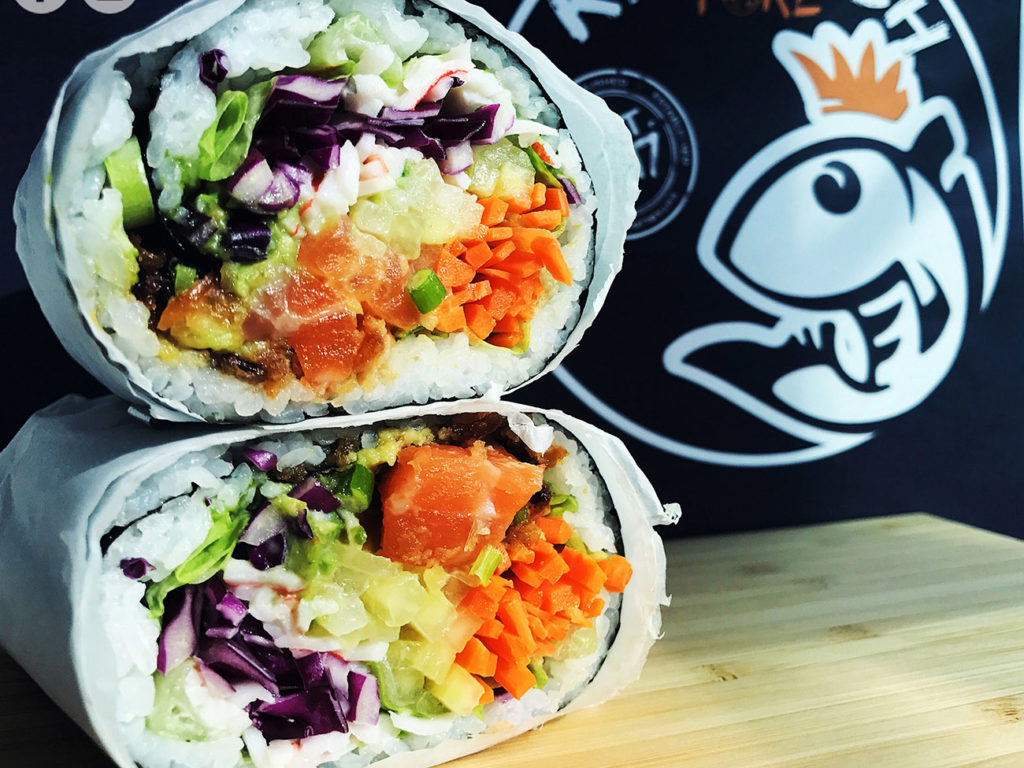