What comes next for Charlotte’s former mayors? 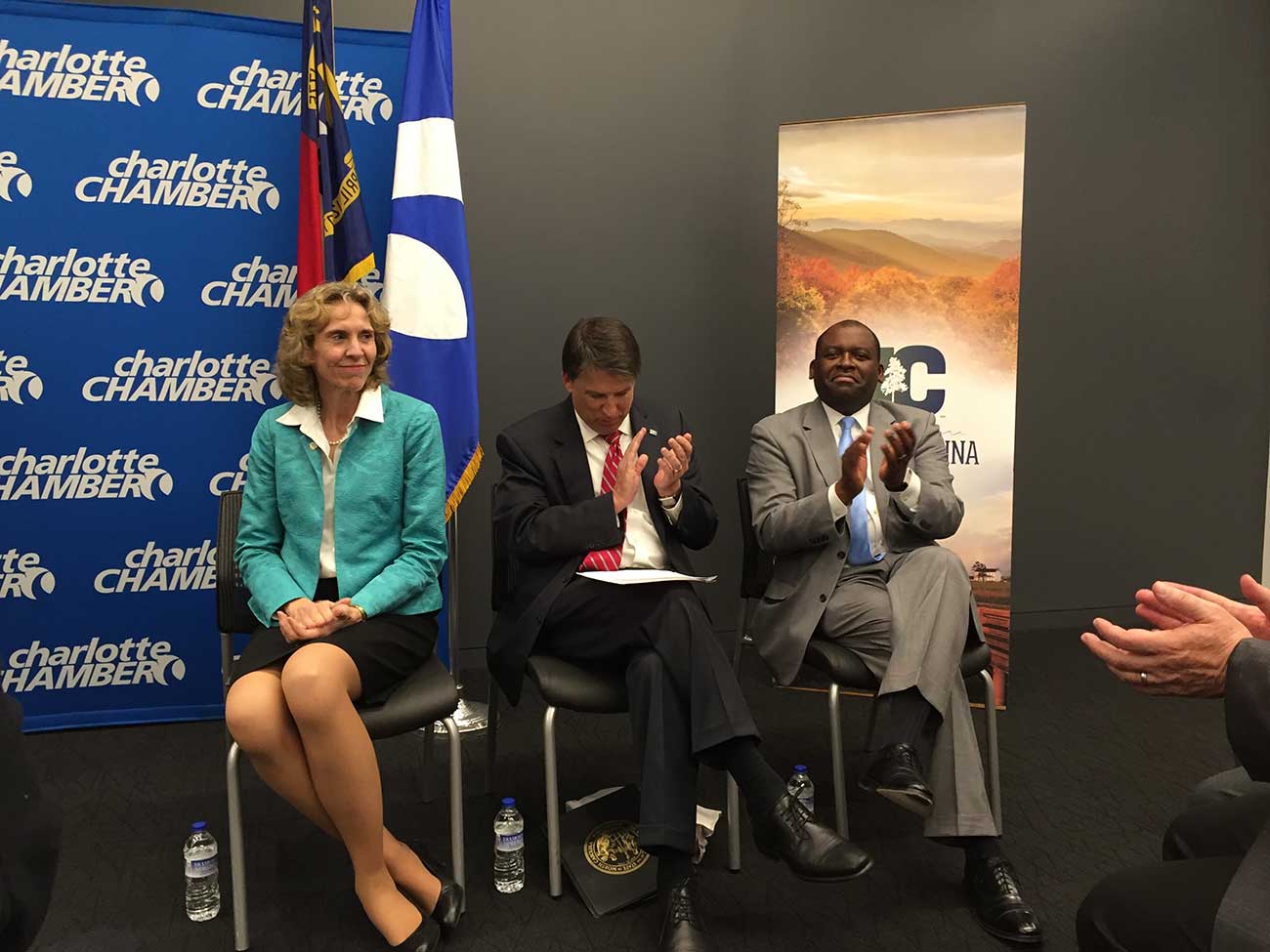 It can be a stepping stone, or it can be a dead end. Of late, the mayor’s office has been a revolving door. We’ve had six mayors in eight years — and in December we’ll inaugurate our seventh.

One of those mayors became governor. Another became secretary of the U.S. Department of Transportation. One went to prison. Three have now lost their most recent local election.

That leaves plenty of former mayors still in their political primes with moves ahead of them. Here’s where I think they’ll end up.

Yes, it’s a little premature to put her in this category since she will remain the mayor until her term expires in December. But even with her loss in this month’s primary, Roberts has built a resume while mayor that could position her for elected office down the line. (In fact, that may have contributed to her defeat).

She’s shown an inclination to higher office before. She won a contested primary for the U.S. House seat currently held by U.S. Rep. Robert Pittenger. Boundaries have changed, creating a House district encompassing most of Charlotte currently represented by U.S. Rep. Alma Adams. That district drew a fierce set of candidates in a Democratic primary last year, but Adams kept her seat even though she doesn’t have deep ties to Charlotte.

Roberts has liberal bonafides, but she may have a few steps to take first before running again. She’s an effective fundraiser and has a fairly high profile nationally.

My prediction: Roberts will take a job with a national think tank focused on LGBT issues. In 2018, she’ll consider a run for the Adams seat in the U.S. House. She’ll campaign for Democrats nationally in 2020. 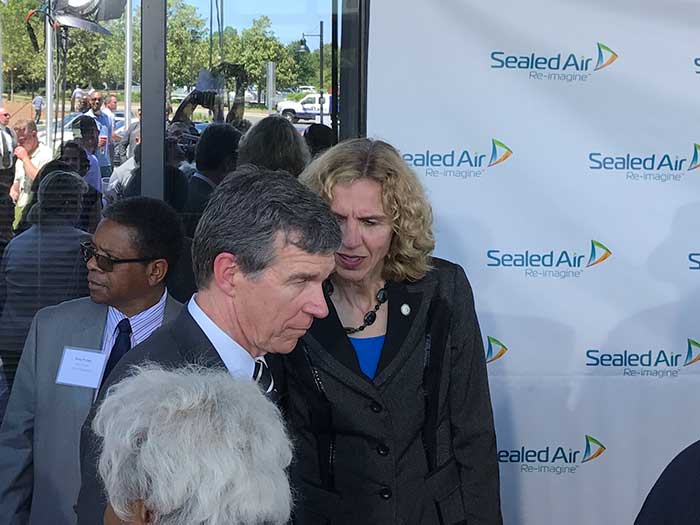 Charlotte’s most famous mustache was appointed mayor in 2014 after Patrick Cannon was arrested in an FBI corruption sting (more on him in a minute).

Clodfelter, who had been a state senator for a decade and a half before that, was appointed to the seat with what the city council understood to be the promise that he wouldn’t run for a full term as mayor. He did anyway but was soundly defeated in a primary runoff with Roberts.

Going back to the N.C. Senate would be difficult for him. When he left to become mayor, his seat went to Sen. Jeff Jackson — who is now a rising star in the Democratic party.

But Clodfelter is still well-respected and an attorney at Parker Poe since 2014. He just got appointed to the N.C. Utilities Commission by Gov. Roy Cooper, and was quickly confirmed to the post.

My prediction: He’s going to keep doing what he’s doing. 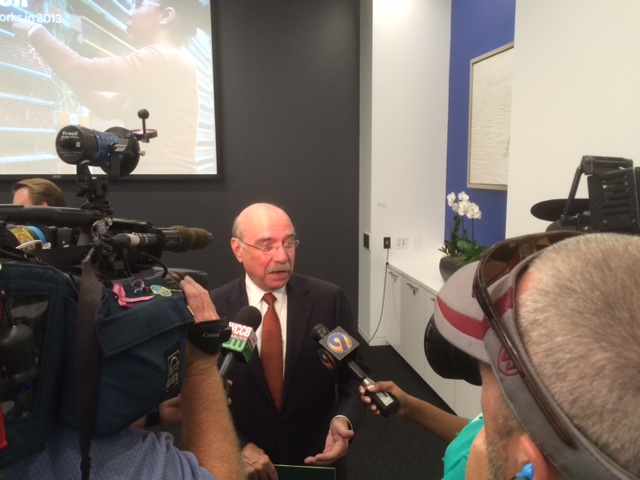 Cannon was the youngest City Council member in history when first elected at age 26, and became mayor by defeating Edwin Peacock in 2013.

After a little less than four months in office, Cannon was arrested in a stunning FBI sting operation targeting public corruption. He was accused — and ultimately pleaded guilty to — accepting tens of thousands of dollars from undercover agents pretending to be real estate investors. That included a briefcase stuffed with cash in the mayor’s office.

Cannon served roughly half of his sentence before he was released from federal prison last year. He’s now hosting a regular talk show on the radio station Old School 105.3 and has appeared on panels for the Black Political Caucus.

My prediction: Cannon gets his right to vote back in 2019 when his probation ends. He’ll run for City Council in 2019 — and he’ll win a seat. 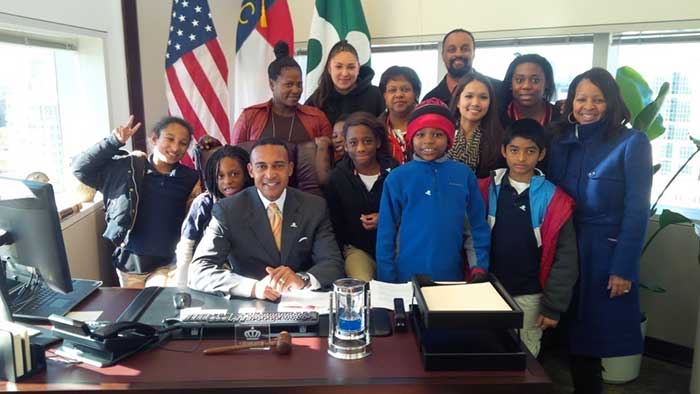 Patrick Cannon as mayor in 2013. Photo via city of Charlotte.

Kinsey served as mayor for about five months in 2013 after Anthony Foxx was appointed to a cabinet post in the Obama administration. She was on the city council representing District 1 at the time, and then won that seat again in the 2013 elections. This year, she was unseated by Larken Egleston in the Democratic primary.

She’s been in elected office since 1990 (when she joined the Mecklenburg County Board of Commissioners) and at age 76, she is unlikely to run for again. But her lengthy resume tells me she won’t retreat to the sidelines.

Over the decades, she’s run the YWCA, Public Library of Charlotte and Mecklenburg County board, Mental Health Association and the Criminal Justice Partnership Advisory Board.

She’s also served in leadership roles at the Levine Museum of the New South and Charlotte Center City Partners. 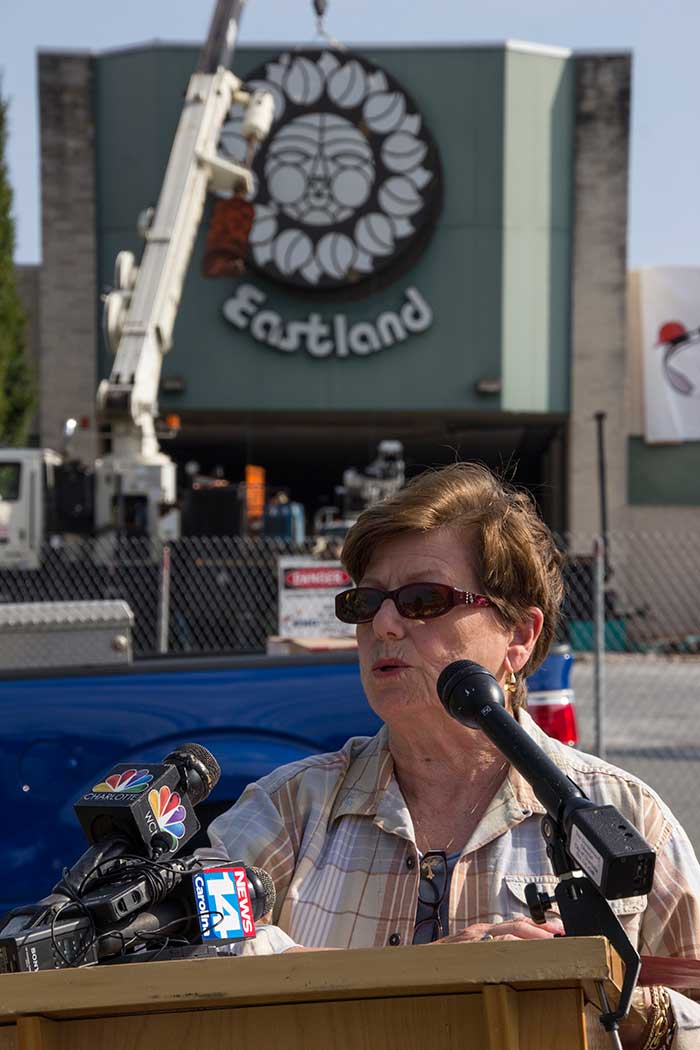 Foxx was the first Democrat to hold the mayor’s office since the 80s when he was elected in 2009. After winning a second term, he was quickly scooped up by the Obama administration to be U.S. Secretary of Transportation.

Right now, Charlotte’s longest-serving mayor isn’t very popular in his hometown. After winning Mecklenburg County to get elected governor in 2012, there was a remarkable reversal here as he lost to Democrat Roy Cooper. And if you spend any time on Facebook comment sections, you’ll find some very unkind words toward Mayor Pat.

There is some evidence that he might retreat from the public eye. He recently bought a beautiful new mountain home in McDowell County.

But he’s also started something of a reintroduction tour here in Charlotte. He just announced that he’ll be a daily guest on WBT radio in the mornings. Even in these hyper-polarized times, there’s a very good chance that Charlotte will accept him back again.

My prediction: McCrory will become more visible in Charlotte, opining on civic issues and working behind the scenes on local Republican campaigns. He’ll retreat from the national stage. Within three years, he’ll publish a book. He will not run again for governor in 2020, but I could see him playing some sort of economic development role when Republicans take back the governor’s mansion. He may also take a leadership position at a Charlotte foundation or nonprofit. 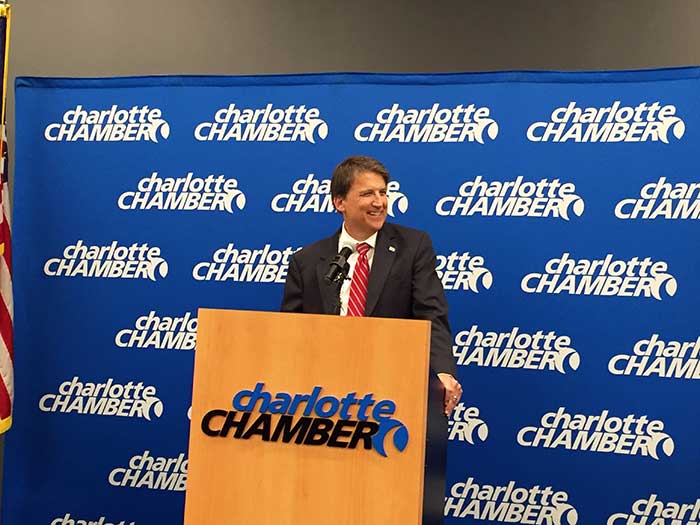 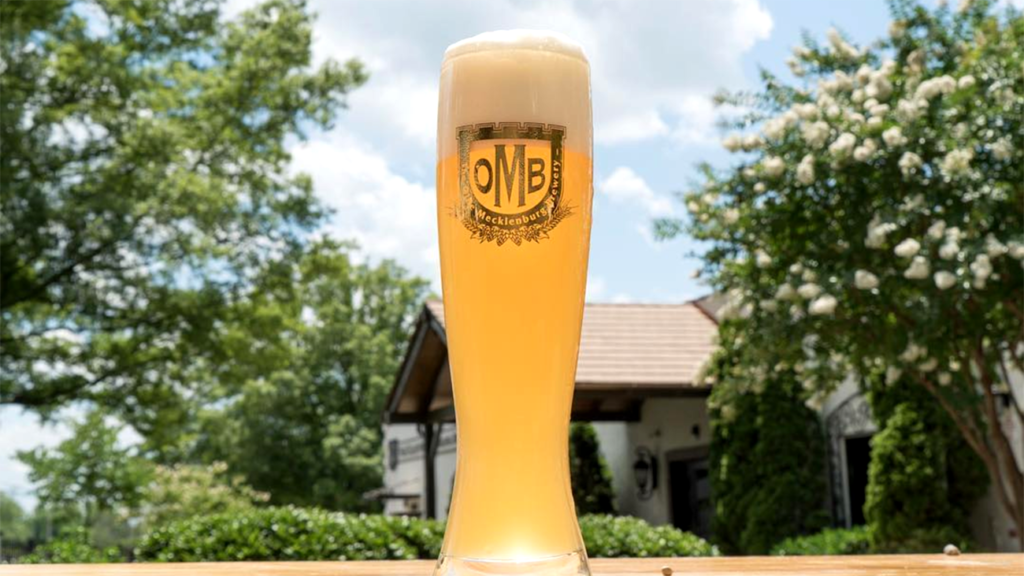 Agenda Weekender: 67 things to do this weekend, including Mecktoberfest, Sugar Creek Fall Fest and Panthers vs. Saints