What to expect from Tandur, a fast casual Indian restaurant, opening near YAFO in SouthPark 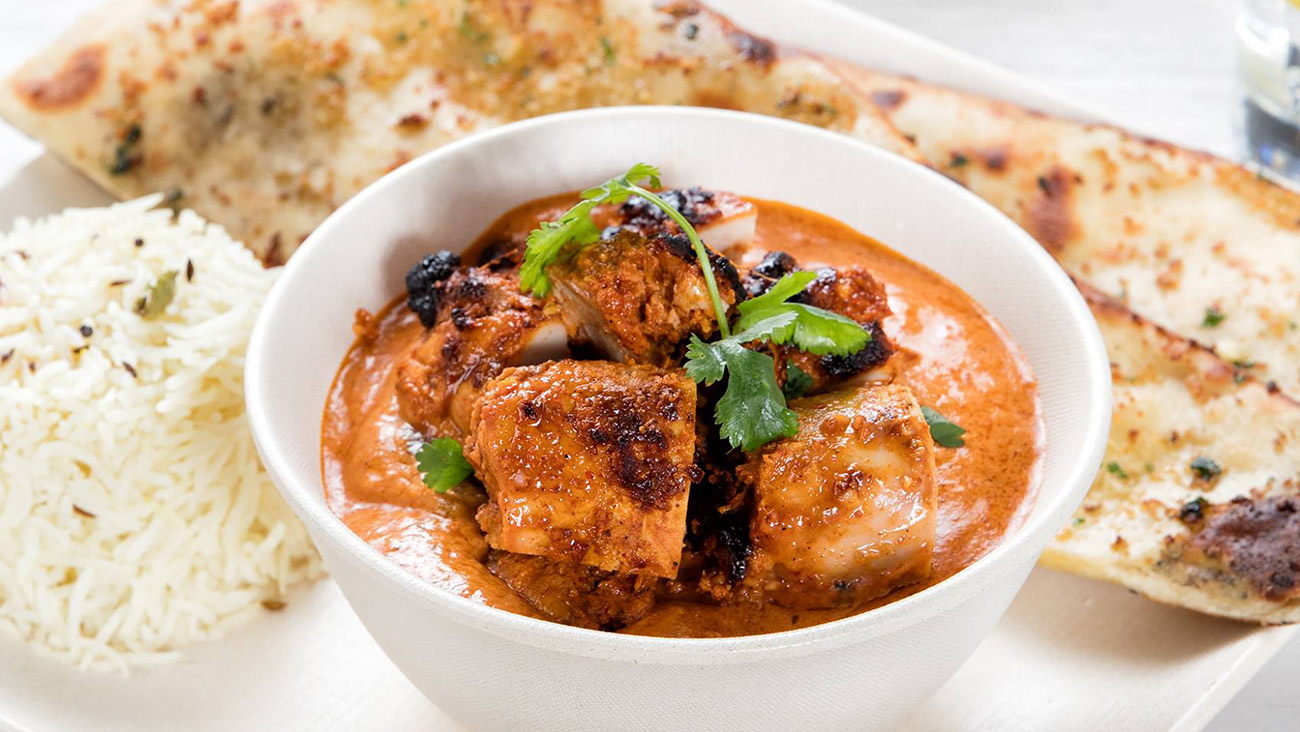 Tandur, a fast casual Indian restaurant, is taking the space formerly occupied by TrySports near Earth Fare and YAFO in SouthPark. They will open April 2.

Similar to fast casual restaurants like YAFO, Newk’s or Sabor, you’ll order at the counter and food will then be delivered to your table.

The Tandur oven will be the focal point of the contemporary restaurant space. Expect an open kitchen dining experience.

The name Tandur comes from an ancient style of cooking in a clay oven that hits 900 degrees. Rendering courtesy of Vision Builders and Design.

This will be Tandur’s second location; the original is in Knoxville. The concept is the brainchild of H.P. and J.T. Patel and this will be their 18th retaurant (they also own a bunch of Salsarita’s).

The restaurant in Knoxville has a 4/5 rating on Yelp, 4.4 rating on Google and 4.7 rating on Facebook. So, we at least know that it’s solid.

H.P. Patel told me over the phone that he’s very excited about the Charlotte market and hopes to eventually have several Tandur restaurants around town, including South End and Uptown.

The Patel brothers have hired a famous chef, restauranteur and author named Hari Nayak to help create the menu and run kitchen operations. 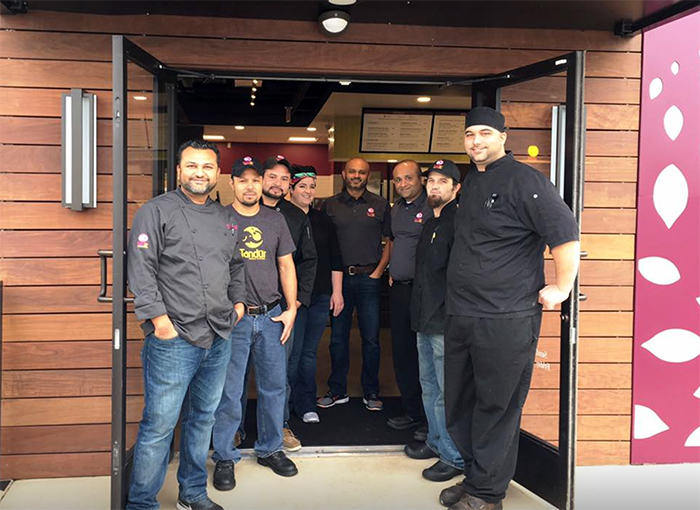 Honestly, I love the idea of a fast casual Indian restaurant. People crave and love Indian food, but you just don’t see any fast casual Indian options. Huge potential to scale depending on the execution and product — which explains why already successful restauranteurs like H.P. and J.T. Patel have decided to take this on.

The menu includes – “saucy” entrees, wraps, salads and kebabs along with a kid’s menu, starters and unique sides.

The saucy entrees range from $9.50 to $11.95 and are served with a choice of Saffron basmati or brown rice and include fresh naan bread.

As you’d expect, the most popular item is the Chicken Tikki Masala ($9.95). 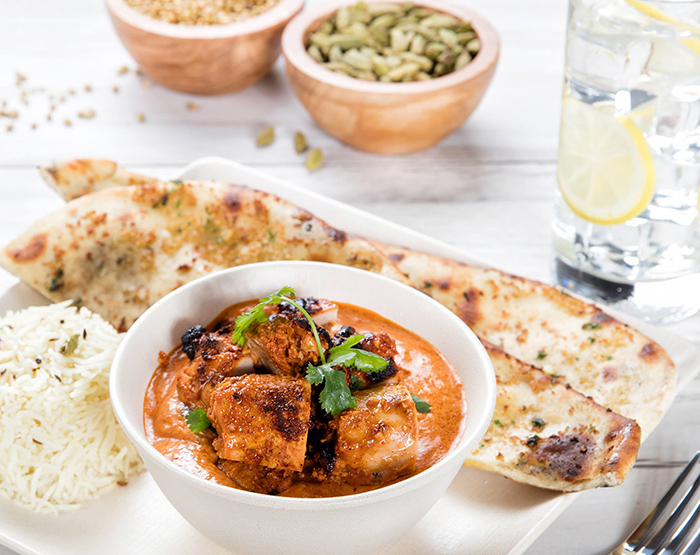 Egg-washed signature wraps run $7.95 to $9.50 and are served with a side of masala potato chips and bean salad. 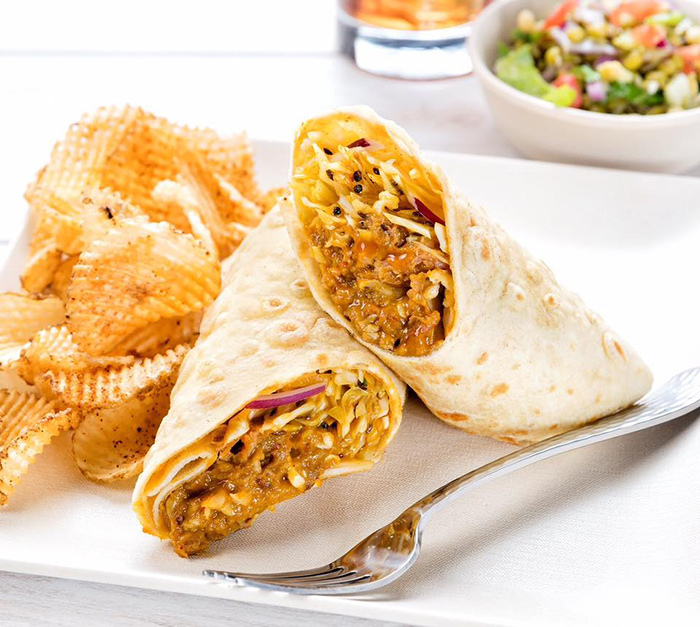 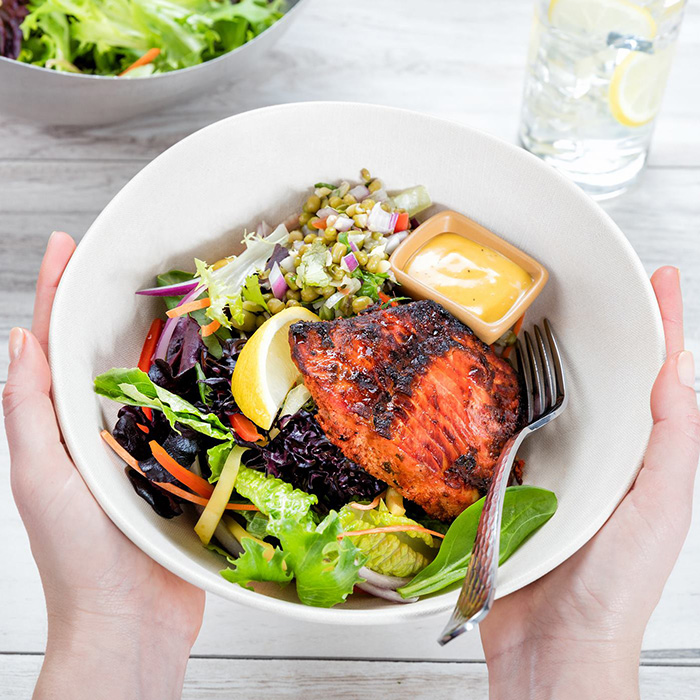 The owners are going for a “fine casual” vibe, therefore all dishes will be plated and diners will be using real silverware instead of plastic. 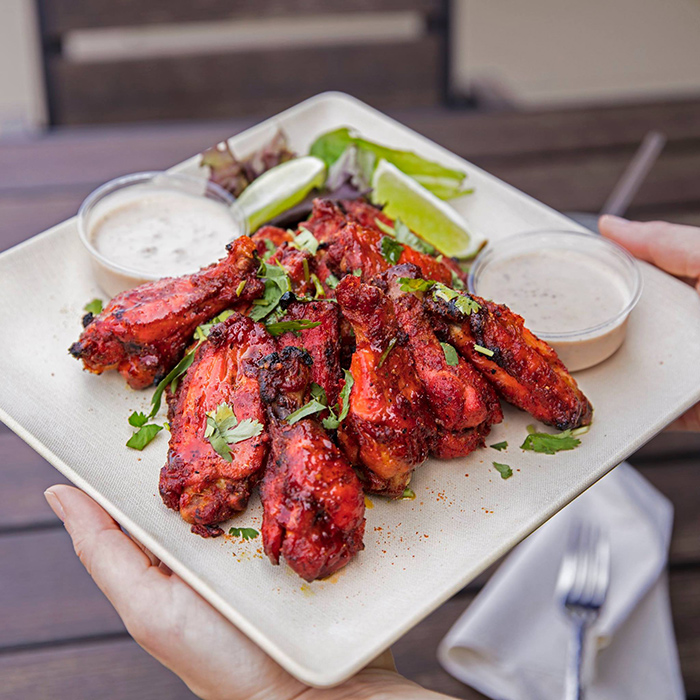 You can wash down the wings with local beers on tap and Indian bottles.

Tandur will open on April 2.

All images via Tandur. Shout out to David Tschirhart from Legacy Real Estate Advisors, who assisted in the real estate deal. 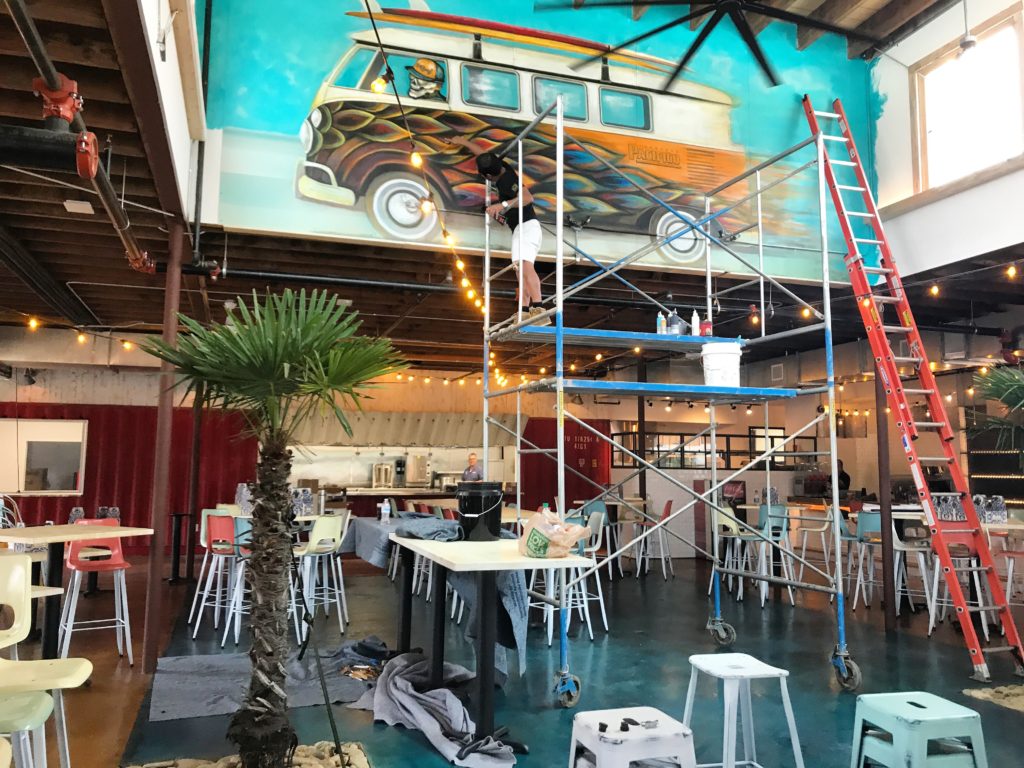 SouthBound, the SoCal-inpsired taco bar next to Mac’s, is targeting a late September opening