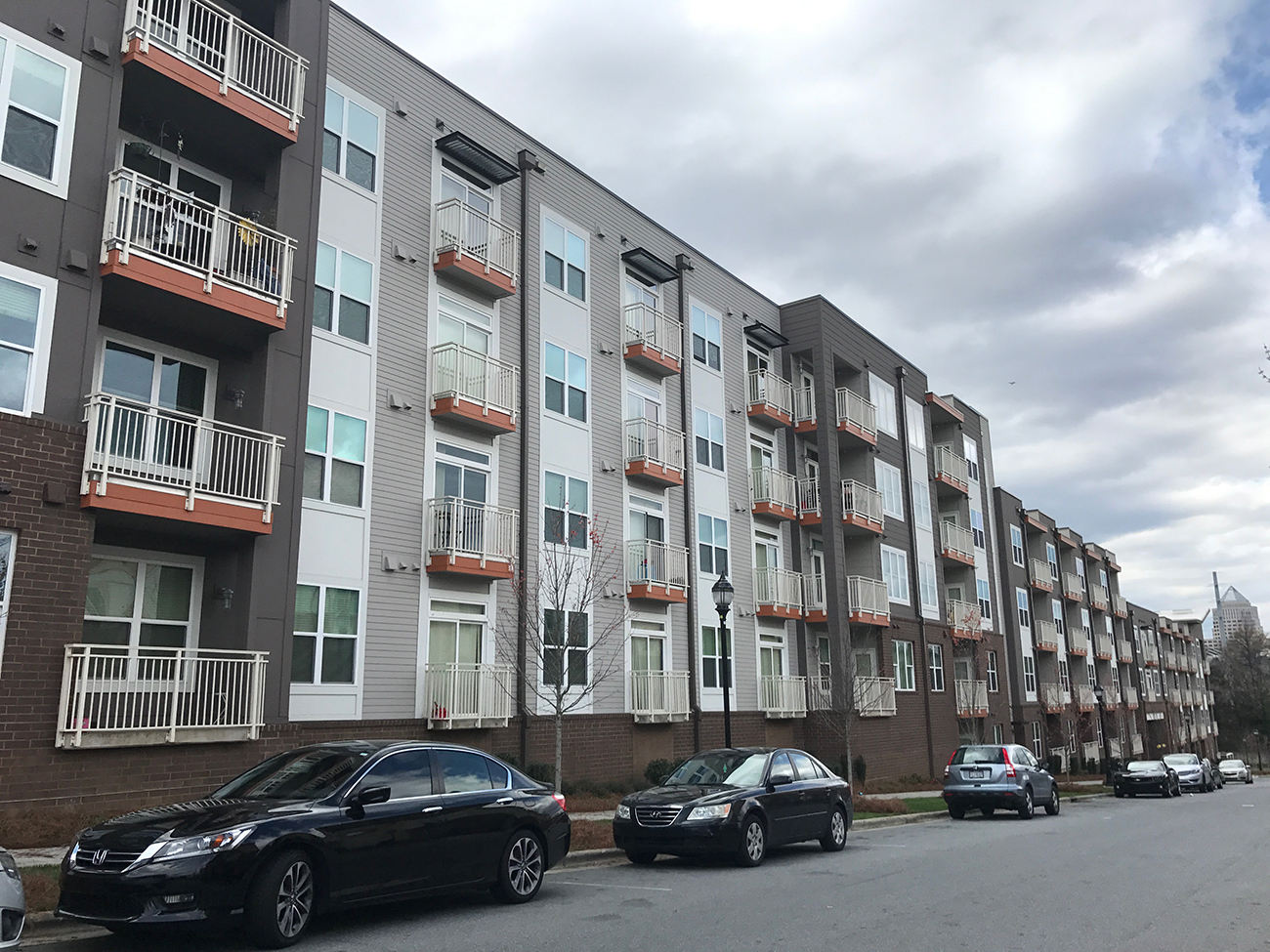 The government has a definition for what affordable housing is. Then there’s what Charlotte really needs.

The two definitions are different. But I’d never seen the disparity between them illustrated as starkly as I did in a chart presented at the City Council meeting Monday night. 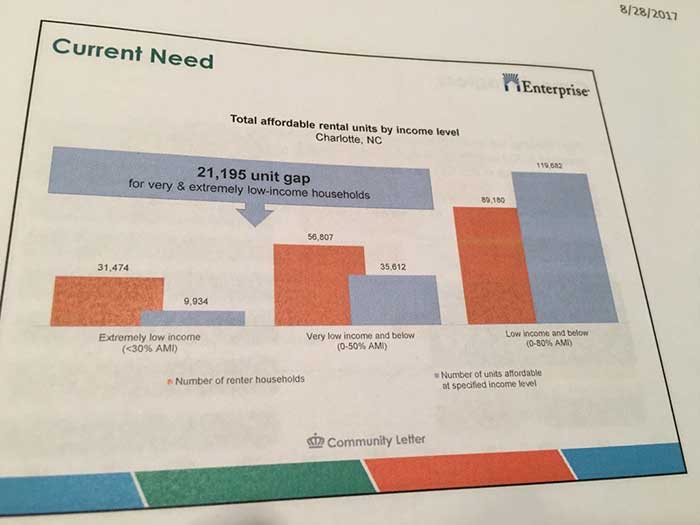 In the midst of what’s widely called an “affordable housing crisis,” this data says there is actually a surplus of affordable homes on the market.

With rent skyrocketing, this can’t be true, can it? Let’s dig into the numbers.

The government definition of affordable housing is a mathematical one.

Per federal guidelines, a family can afford to pay 30 percent of their gross pay on housing.

Then there’s what constitutes low-income for the purposes of the affordable housing discussion. This is pegged to the area median income and adjusted based on household size. The chart below lays it out, with the far-right column referring to 80 percent of the median income.

By the government’s definition, a family of four that makes $53,750 is considered low income — and they can afford $1,344 per month in rent.

The average rent in Charlotte is still around $1,000 per month, so there are plenty of homes that are technically “affordable.”

That’s where we get into the discussion of what affordable housing Charlotte actually needs.

You have to drop back one or two columns. The middle column refers to 50 percent of the median income, and extremely low income is 30 percent.

This is when we start talking about apartments that cost $800 per month or less — a category that’s in very short supply.

I’m not intending to minimize the difficulties families at the 80 percent of median income face. They are substantial. And then there’s a whole other discussion about whether a family of four making $53,000 can actually afford $1,300 per month in rent.

But according to the city’s data, they are not in dire straits like families of lower income. 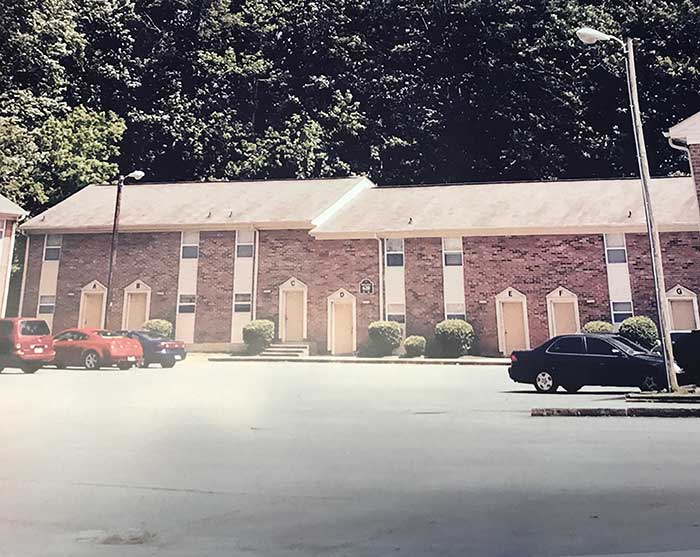 This is why it’s so important to define our terms when we talk about “affordable housing.”

And recognizing that not all affordable housing is created equal.

I’ve been guilty of not doing this in my reporting. And our City Council has been guilty of it as well — funding projects that are technically “affordable housing” but do little to solve the actual problems in our city.